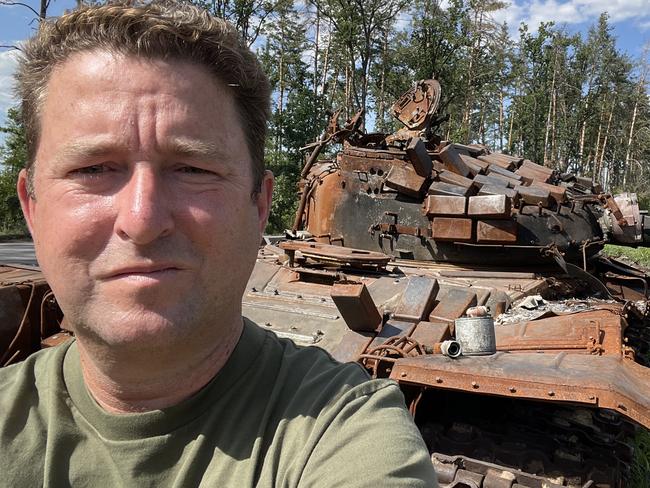 An Australian man has risked his life more than once this year travelling into a war zone to deliver ambulances to the people of Ukraine.

Most people wouldn’t voluntarily enter a war zone, but James Spenceley has recently crossed into Ukraine for the fourth time since the war broke out.

The Australian businessman is on a mission to deliver lifesaving ambulances to the front lines.

“We’re in Mykolaiv, which is about 20km from the frontline around Kherson in the south,” he said.

The town typically has a population of about 500,000, but that number has essentially halved since the war began.

This is Mr Spenceley’s fourth trip to the war zone since Russia invaded almost eight months ago.

The founder of international telco Vocus Group and chairman of Airtasker has followed the invasion very closely, as his wife Viktoriia is Ukrainian.

“We were just looking for a way to help,” he said.

Successful 3rd day delivering ambulances in ukraine, always lots of interesting things flying by as you get closer to the front. pic.twitter.com/uAFwyXWRym

On Tuesday his team crossed over the Polish border with seven ambulances in tow.

They delivered the first to the Red Cross before they moved on to deliver the critical care vehicles to first responder teams on the frontline.

“Mykolaiv is probably the hardest-hit town,” he said.

“The guy from the Red Cross was telling me they get six to eight rockets every night.”

Just as he spoke, a warning alarm sounded through the window.

He cracked open the window and the eerie scream of the siren rang through the night.

Mr Spenceley said he’s pretty safe in the middle of the hotel, but he walked into the bathroom anyway. It’s the safest space he can get to before the rocket approaches the town.

“I’m definitely more used to it,” he said.

“We were walking to dinner tonight and the siren went off and that was pretty eerie because the streets are pitch black.

“It’s not like the first time you hear it when your whole body goes cold and you think something is going to land on your head at that very moment.”

Mr Spenceley decided to help fundraise money to purchase ambulances after discovering the Ukrainian army was losing them at a rapid rate from bombings and damaged roads.

“Once we got in the country, we saw just how much they appreciate the ambulances and how many lives it can save,” he said.

An ambulance can evacuate around 20 people to urgent medical care in one trip, a need which is becoming more pressing than ever as Russia has turned to targeting civilian populations with more force.

Mr Spenceley said the thing that struck him about the Ukrainians was their resolve to not back down as the war raged on.

“I was talking to a volunteer soldier and he had kids about the same age as I did,” he said.

“And I said to him how do you do that when you have kids at home, how do you reconcile that you might not see them again?

“He said, ‘The thing that I fear most, more than not seeing my kids again, is that my kids don’t get to grow up in a free country’, and that’s the feeling here.”

Had to stop and have a chat with these kids selling icetea and biscuits to raise fund for their Army. pic.twitter.com/wMy8aD5Ikp

When Mr Spenceley was in Lviv in August, he came across two primary-school-aged kids running a lemonade stand on the side of the road.

They said they were raising money for the Ukrainian army.

“There is no sugar-coating it, the kids know they are at war, they know members of family won’t come back,” he said.

“They don’t seem afraid of it, they just seem motivated by it.”

Overnight, Mykolaiv residents grieved the loss of a six-year-old child who was killed during a rocket attack.

Despite facing the devastation of their people and country every day, the Ukrainians showed a single-minded determination to win the war, Mr Spenceley said.

“The more Russia throws at them, it’s having the reverse effect,” he said.

Mr Spenceley reminded Australians that even though the war might not feature on our television screens as often, it still raging on.

“Nothing’s changed here, there’s still cities getting hit with rockets, there’s still front lines with people in villages that are caught there, a lot of fighting, a lot of injured and unfortunately, a lot of people are dying,” he said.

“They need as much support as they can get.”

His GoFundMe fundraiser has raised more than $260,000 to bulk purchase an extra 10 ambulances. 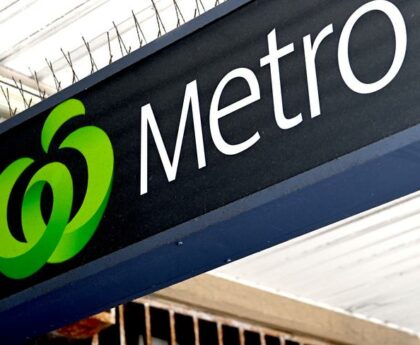