Australia won its World Cup clash with Sri Lanka but not many were impressed, and a former selector has demanded changes.

Australia is “so far off the pace” at the T20 World Cup that former selector Mark Waugh has called for a bold change and urged the panel to drop Pat Cummins for Friday’s must-win clash with England at the MCG.

As he savaged a “pretty ordinary” performance in Perth on Tuesday night, despite Australia claiming a win over Sri Lanka, Waugh said Cameron Green should not only replace Cummins in the team but he should also open the batting instead of captain Aaron Finch.

Waugh said Finch’s unbeaten innings of 31 off 42 balls, with just one boundary, was “torturous” and he needed to be shuffled down the order if the defending champs were any chance of beating England.

“It just doesn’t feel right watching Australia. They are not a happy camp and they looked like they are lacking confidence,” Waugh told RSN on Wednesday.

“I think Australia need to think about making a change or two for the next game. I’d bring Cameron Green in for Pat Cummins, and I’d let Cameron Green open the batting. That’s the one change I would definitely make.

“I think Cameron Green can bowl four overs as good as any of the other bowlers. They are not going to drop Aaron Finch. Go with that extra batsman. We need an injection of something.

“I think the selectors have been very, very conservative for the past six months. It’s time to grow some kahunas.”

Cummins went for 20 runs in the final over of the Sri Lankan innings in Perth, and he has figures of 1-82 in two World Cup matches so far.

Waugh said the Aussies looked a shell of the team that won the tournament in Dubai last year and were lucky to beat Sri Lanka, a victory mostly achieved through an innings of 58 off just 18 balls from Marcus Stoinis.

“It was a win for Australia but I must say it was a pretty ordinary performance,” he said.

“In the field they were sub-par, they let Sri Lanka get 20 too many and then with the bat, if Australia were playing a team with three or four decent quicks, they would not have got those runs.

“(Sri Lanka) only had one fast bowler and it was still enough to put us under a lot of pressure. They have to improve 100 yards to beat the good teams on those first two performances.

“There are some individual players who seem to have lost the plot. Just have a rethink on everyone’s own individual games and improve a lot.

“We look so far off the pace it’s not funny. The way we are playing, we’re not even going close to winning this tournament.

“All is not lost but I am concerned about the form of a lot of players.” 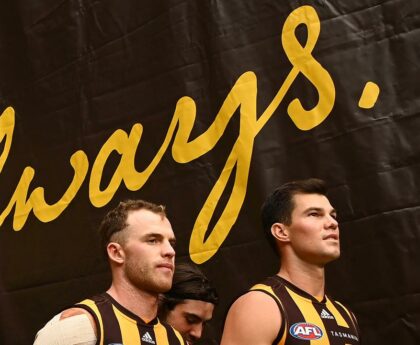 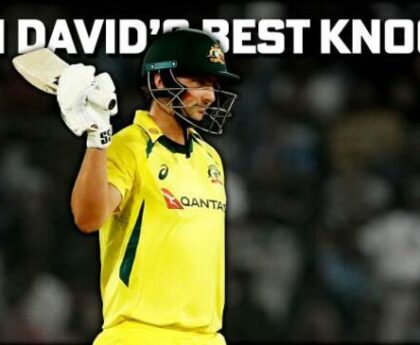