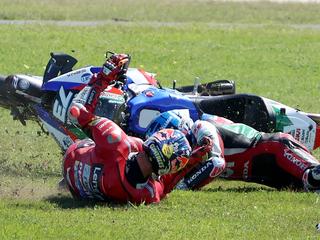 Australian star Jack Miller was wiped out of his home Grand Prix by a rival in nightmare scenes that had fans absolutely fuming.

Jack Miller had a whirlwind 24 hours in Phillip Island during the Australian Grand Prix.

On Saturday the Aussie star was given his own corner at the famous track, a prestigious honour for the 27-year-old,

But on Sunday it all went pear-shaped as the Aussie was taken out of the race on only the ninth lap of the race, at his own corner.

Miller was among the leading pack, but was blindsided and taken out of his home race by rival Alex Marquez.

Marquez attempted an absurd overtake that resulted in him slamming into the back of Miller and wiping both riders out of the race.

“These two have had some battle royales back in the Moto3 days and that was all Alex Marquez’s fault. Without any question there’ll be a penalty coming his way at the Malaysian Grand Prix.

“Jack Miller in the most unfortunate of circumstances wiped out of his home Grand Prix.

“That’s a sickener, that’s horrible horrible impact for poor old Jack Miller, he knew absolutely nothing about that.”

A despondent Miller refused to slam Marquez after speaking to the media shortly after the race concluded.

“What’s there to be hard feelings about?’’ Miller said.

“We’re all out there trying to do our best. I understand he (Marquez) might have got a little bit carried away trying to get past (Luca) Marini.

“But you know, we’ve all made mistakes. I think he’s devastated as I am to not be finishing the race.

“First home Grand Prix after three years – it’s definitely not the way I wanted to finish it.

“It’s not the day I had planned, that’s for certain but it is what it is.’’

Marquez sought out Miller after the race to apologise in person for knocking the Aussie out in a horror incident. 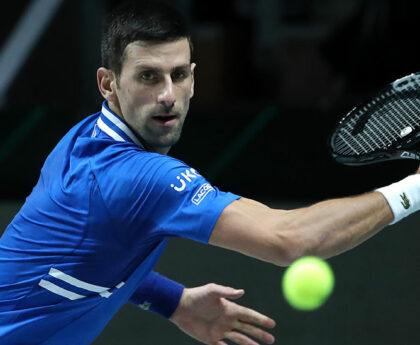