The Prime Minister has likened the Voice to Parliament to the Sydney Harbour Bridge, as he seeks to allay concerns about a lack of detail.

In a fiery interview with 2GB’s Ben Fordham, Anthony Albanese would not be drawn on outlining finer details of the Voice, which Australians will vote on in a referendum in the second half this year.

Skeptics and opponents alike have criticised Mr Albanese for not outlining what a Voice would actually look like, and questioned why he would not make legislation before the referendum.

Quoting Noel Pearson, Mr Albanese said it was like making a decision about whether to build the Sydney Harbour Bridge or not.

Prime Minister Anthony Albanese says finer detail of the Voice would be legislated by the Parliament after the referendum. Picture: NCA Newswire / POOL

“And then you decide how many lanes there will be, what direction, what the toll will be,” he said.

“The question before the Australian people is a really simple one.

“All of the detail will be the subject of legislation that everyone in the Parliament – both the House of Representatives and Senate (will vote on).”

Fordham pushed back, saying people would want to see details of the planned bridge before they made a decision on whether or not to proceed.

Peppering the Prime Minister with questions over whether members of the Voice would be appointed or elected, whether the members would be paid, and whether the body would have its own office – Mr Albanese pointed to the Langton-Carma report.

“That level of detail will all be subject to legislation (after the referendum),” he said. 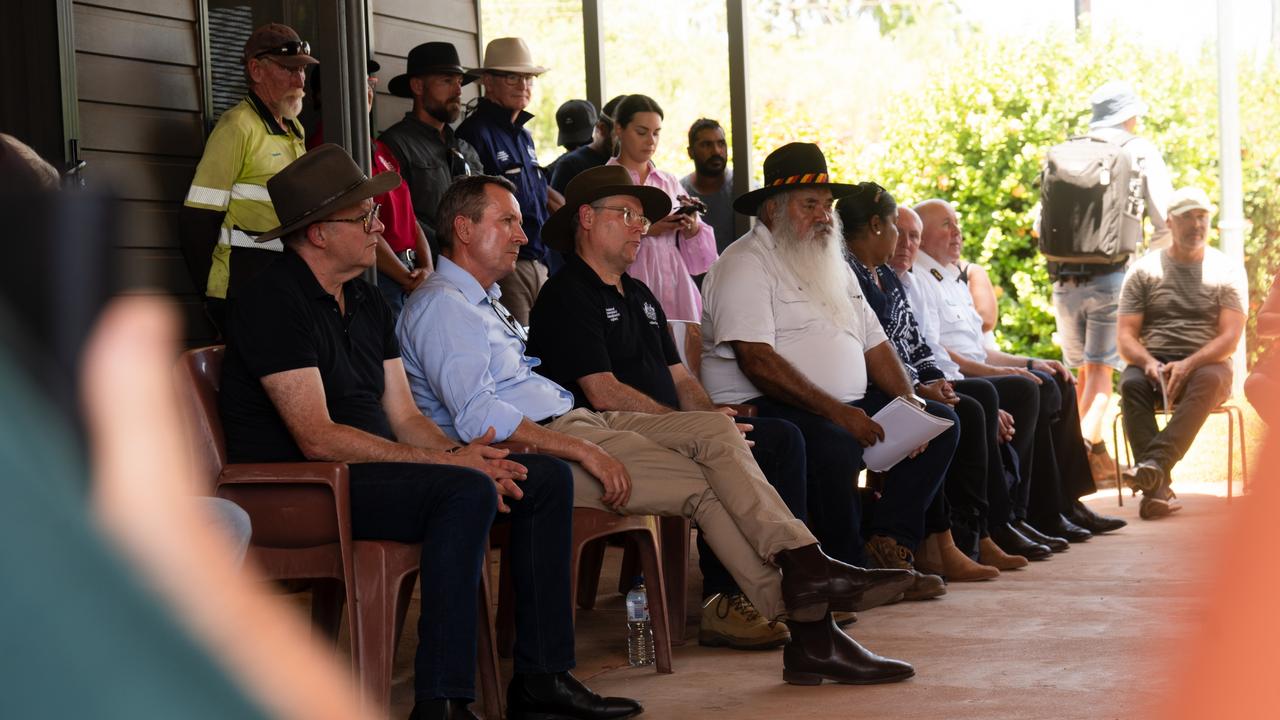 The Prime Minister said the principle of the Voice was about giving Indigenous Australians a place at the table. Picture: NCA Newswire / POOL

He told those concerned about detail to read the report, which has “200 pages of detail”.

“It is a very simple principle. Recognise Indigenous people in the Constitution – that’s is, that’s the first question,” he said.

“And the second is Aboriginal and Torres Strait Islander people asked us to have a process, and what they wanted that process to come up with is the Uluru Statement of the Heart in 2017 … which is asking for a Voice.”

Fordham suggested Australians didn’t want to read a lengthy report, and would rather the Prime Minister told them the facts.

The Prime Minister also downplayed suggestions he would legislate the Voice even if it failed at the referendum.

“If Australians say no, there will be no constitutional change,” he said.