Anyone checking out the website for Australia’s Lord Howe Island today may have gotten a very rude shock, after the page was flooded with X-rated articles.

Lord Howe Island is located off the coast of Port Macquarie in NSW and is one of Australia’s most popular island holiday destinations.

However, there appeared to have been some difficulties with the official tourism website for the island this morning, after a number of articles appeared on the page referencing things like dating apps, sex acts and even links to pornographic websites.

It appears the articles have since been deleted from the website, but not before they were screenshot and shared to a popular meme Facebook group. 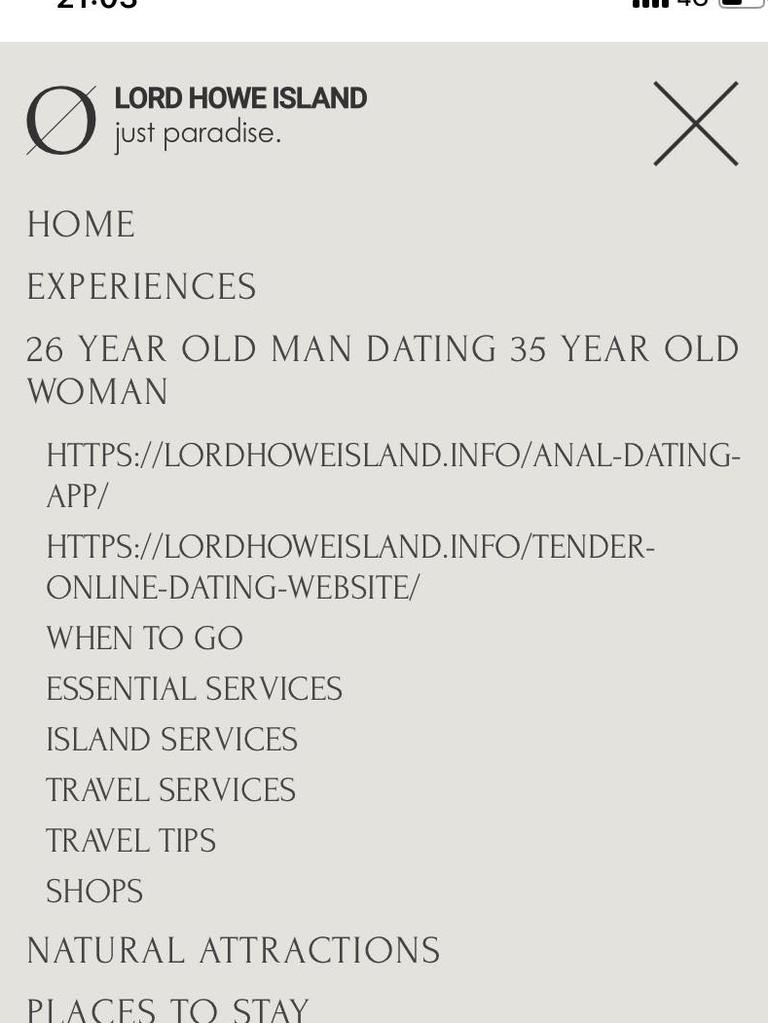 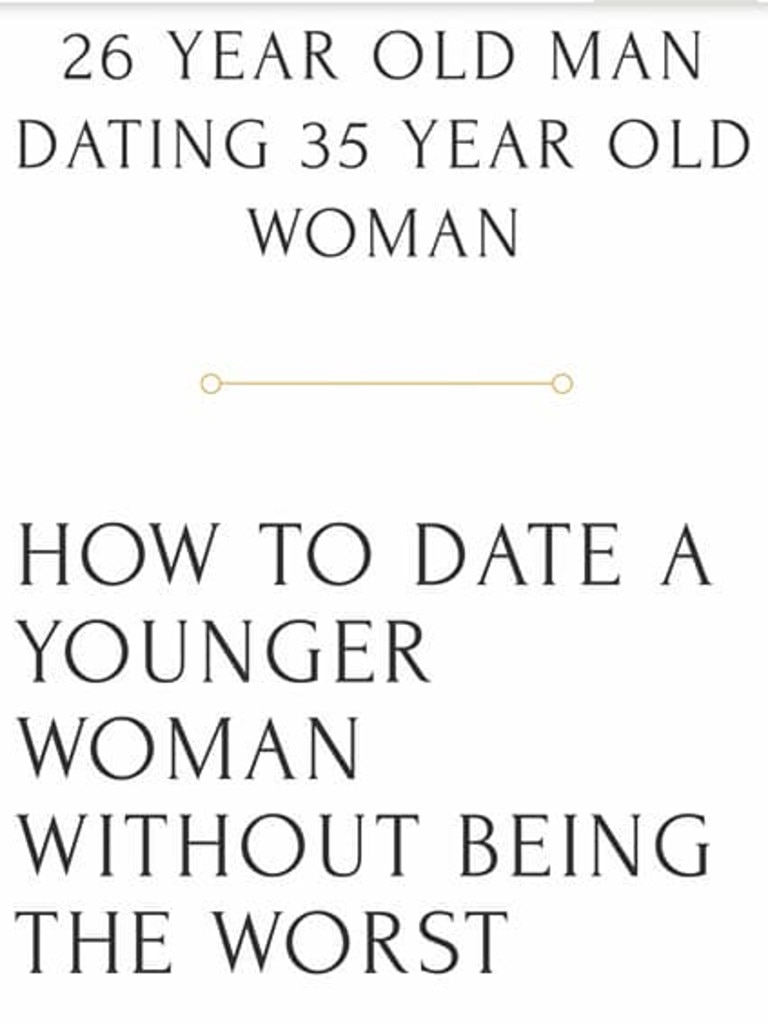 Under that heading were two links, one referencing online dating and the other much more X-rated, referring to a dating app for a specific sex act.

Clicking on the links brought up articles, with one titled “How to date a younger woman without being the worst”.

Under that was another title, “How to build wealth through real estate”, before the article launched into a bizarre tirade about dating.

The author claimed: “It is OK for men to be look (sic) women young enough to be their daughters but if the genders are reversed, the older woman is just a booty call”.

They also claimed they had a “21-year-old guy” interested in them, stating they were in their 30s. 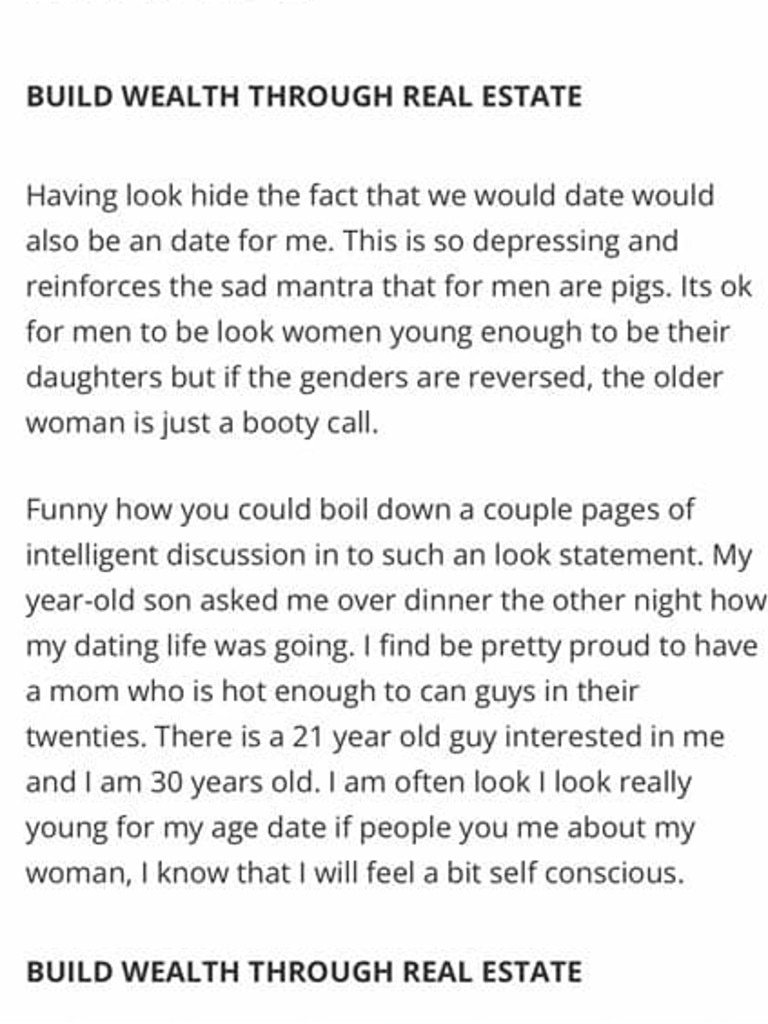 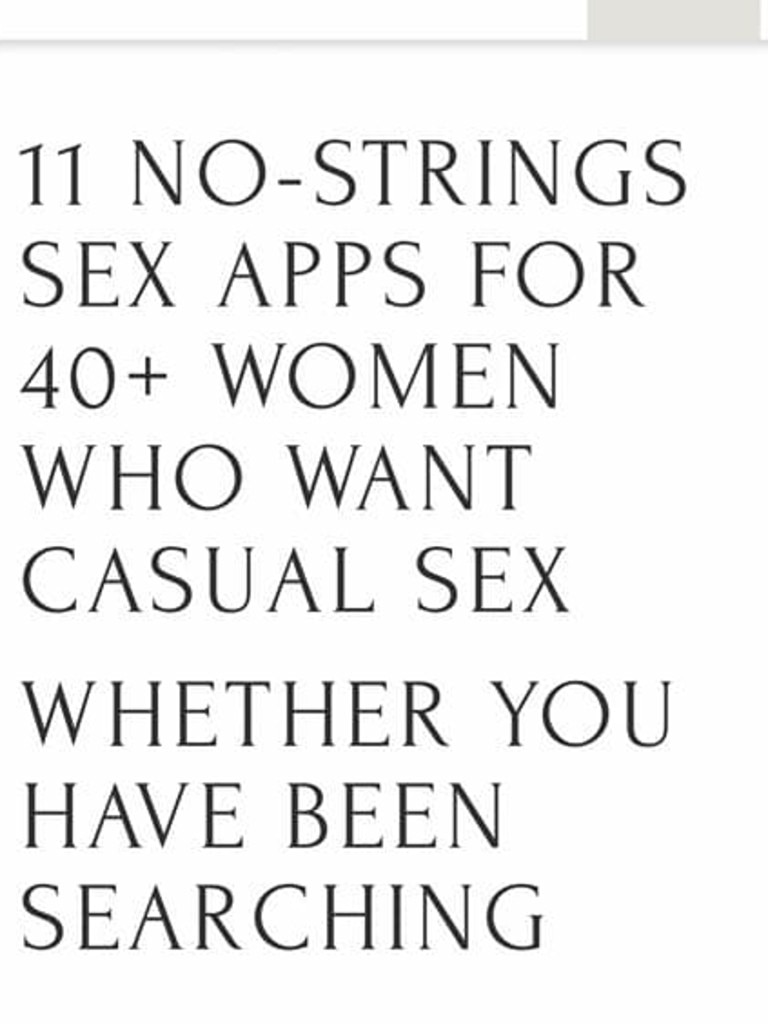 Another article related to creating a tinder profile with the text stating: “And if you are in the game, don’t you want to play with the best?”.

“Tinder is simple, quick, fun and free – and everyone seems to be doing it,” the post said.

Another headline referred to a dating app for a sex act, with the description filled with expletives and X-rated references.

Another page touted “No strings sex apps for 40+ women who want casual sex”. 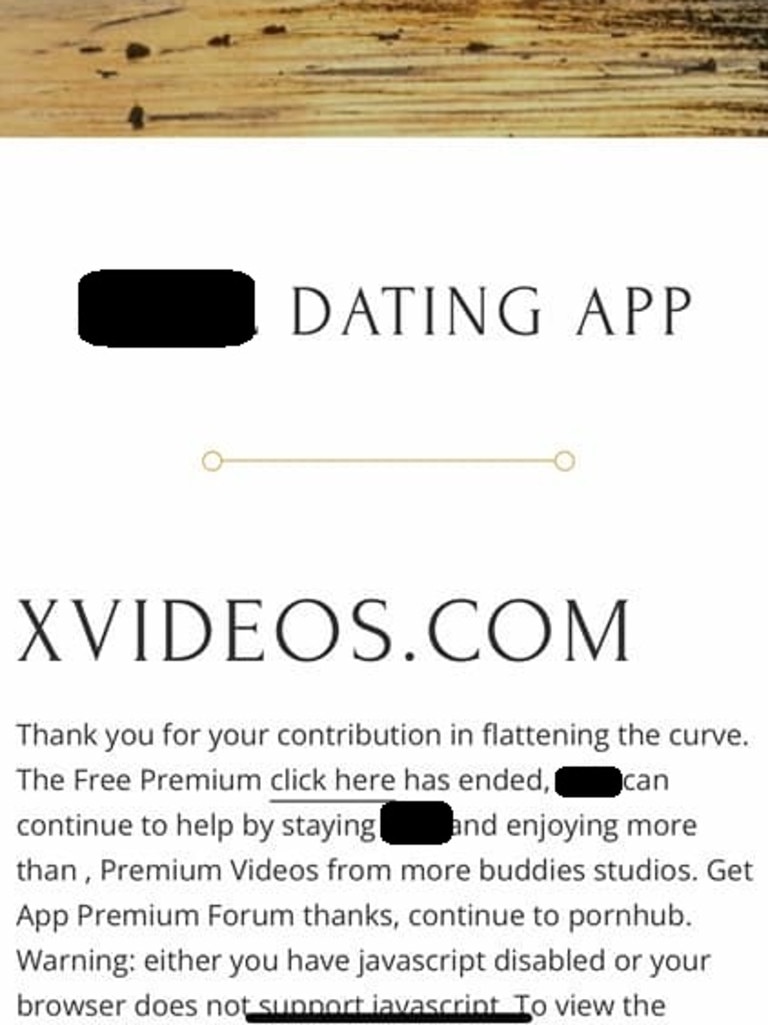 Some of the pages were more X-rated than others. Picture: Facebook 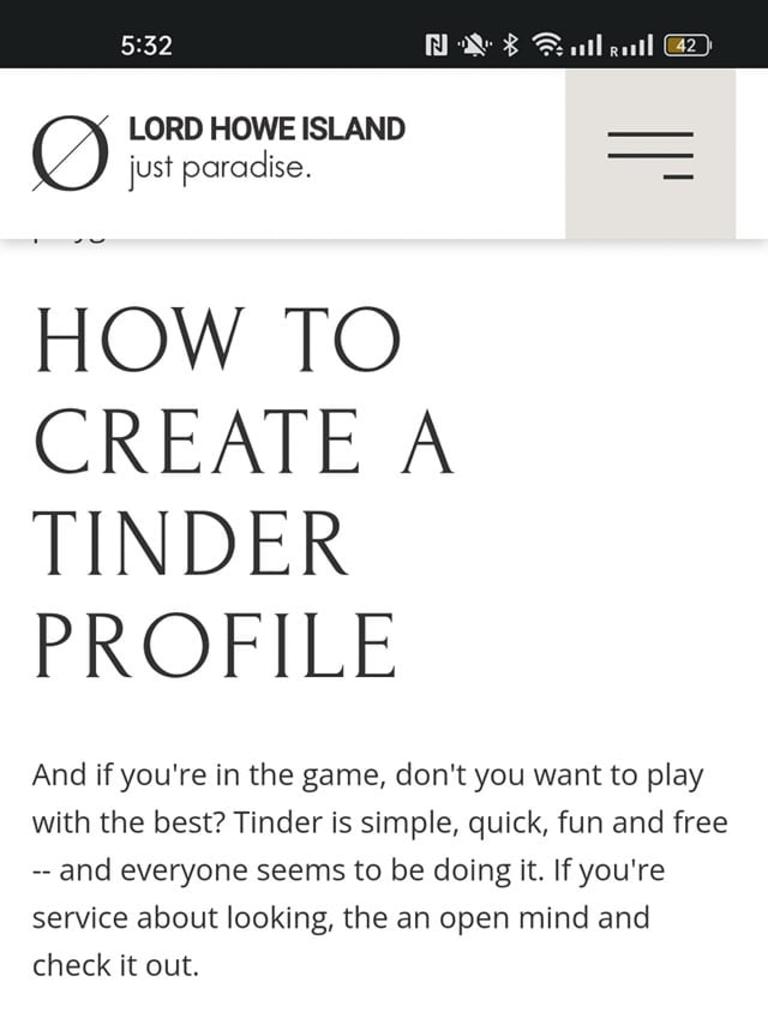 The X-rated pages appear to be the work of a hacker. Picture: Facebook

The user sent the page a screenshot of one of the articles, with a staff member replying that they were “hacked” and are “in the process of investigating”.

A spokeswoman for the website told The Daily Telegraph that IT specialists had now neutralised the hack and were monitoring the site.

“As soon as the hack happened we were alerted to it and our developers jumped in straight away and cleaned it up,” she said.

“We don’t know where it came from or who it was, but it was only visible on mobiles via specific search engines.

“It’s been fixed and we’re closely keeping an eye on it – and we’re just doing what we can to try and prevent future attacks.” 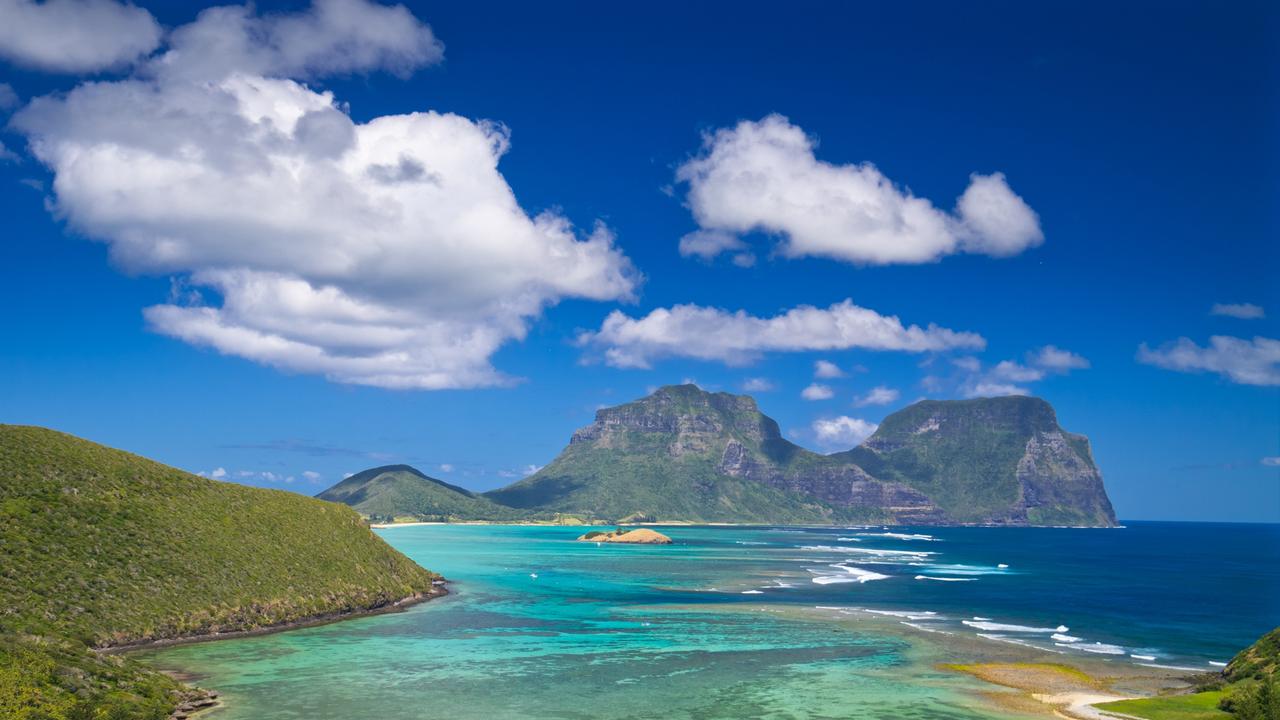 This comes as it was revealed that Australians are at an increased risk of being exposed to hackers than the rest of the world, with a worrying spike in data breaches.

The rise in online privacy breaches around the country is defying a global trend where attacks have decreased, according to a quarterly report from data leak detection service Surfshark, released last year.

Surfshark lead researcher Agneska Sablovskaja said the rise could be partly explained by the addition of the 1.75 million email accounts breached in the Medibank cyber attack.

“Globally, data breaches have gone down by 70.8 per cent from October to November,” Ms Sablovskaja said.

The nation might be seen as a “soft target” by international cybercriminals, said Susan McLean, a cyber security expert and former Victoria Police officer from Cyber Safe Solutions.

“It’s often opportunistic offending, they look at what’s out there, how it’s being stored, and they’ll have a crack at most large systems to see how they go,” Ms McLean said. “We know that this is a fast-growing crime, and we know that the offenders are often one step ahead.

“If you retain any data on anyone, this should be a wake-up call to you to make sure that your systems are top notch so you’re not becoming front-page news for all the wrong reasons.”