Wild weather events including torrential downpours, extreme heat, fire weather and drought are happening at an increased pace in Australia and there’s more to come.

Drawing on the latest national and international climate research, the CSIRO and the Bureau of Meteorology’s State of the Climate report has found climate extremes and natural disasters are being exacerbated by anthropogenic (human-caused) climate change.

“Australia needs to plan for, and adapt to, the changing nature of climate risk now and in the decades ahead,’’ the report finds.

“The severity of impacts on Australians and our environment will depend on the speed at which global greenhouse gas emissions can be reduced.”

It predicts Australia will experience ongoing changes to its weather and climate in coming decades. 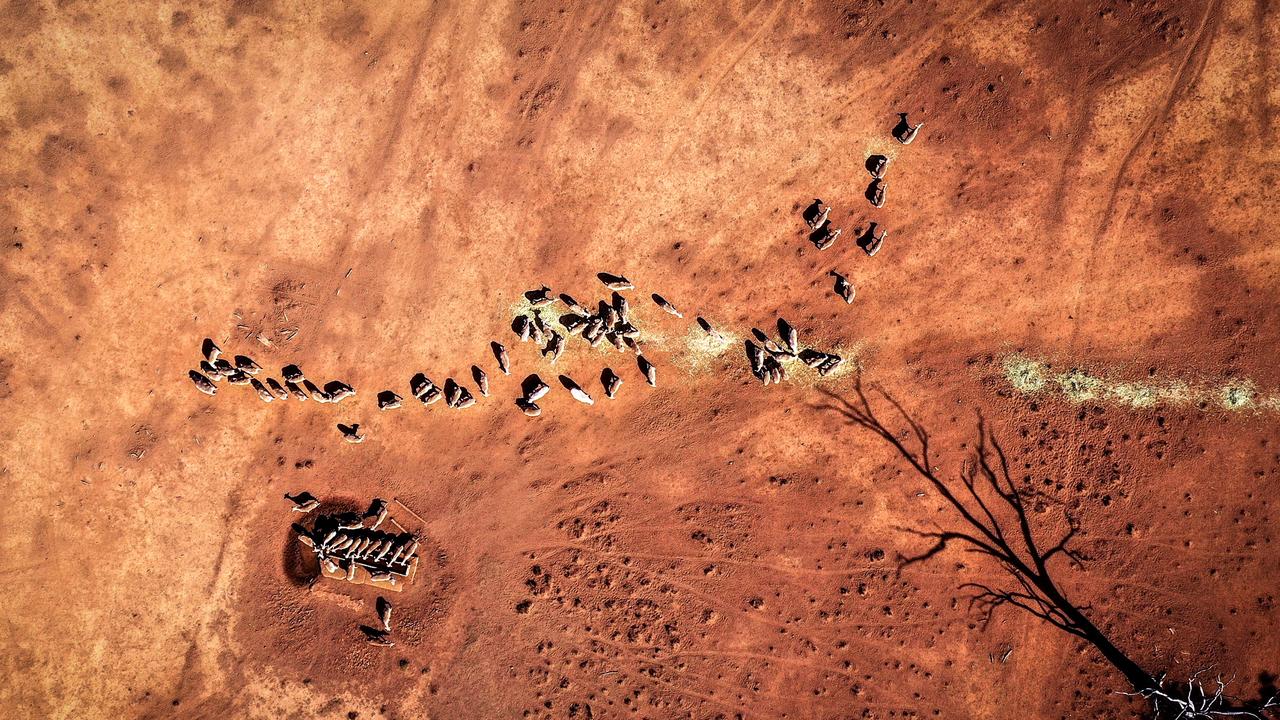 The latest report from the CSIRO and BOM predicted that climate change will likely lead to more time in drought. Picture: Getty.

Despite the recent cold snap in the eastern coast, it predicts the trend is of a continued decrease, on average, in cool season rainfall across many regions of southern and eastern Australia, which will likely lead to more time in drought.

However, it also predicts ongoing climate variability that will give rise to short-duration heavy-rainfall events.

Jackie Brown, who is the research director at the CSIRO climate science centre, said when the rainfall does come, the rainfall will decrease on average, but when it does come, more intense.

“So the droughts are going to be hotter. Hotter temperatures. More evaporation. And that’s hard to think about right now, I know, with all of the flooding going on. But they will come back.

“But when we do have the rainfall, because the atmosphere is hotter, it can hold more moisture, and that means that the intense rainfall becomes more intense.” 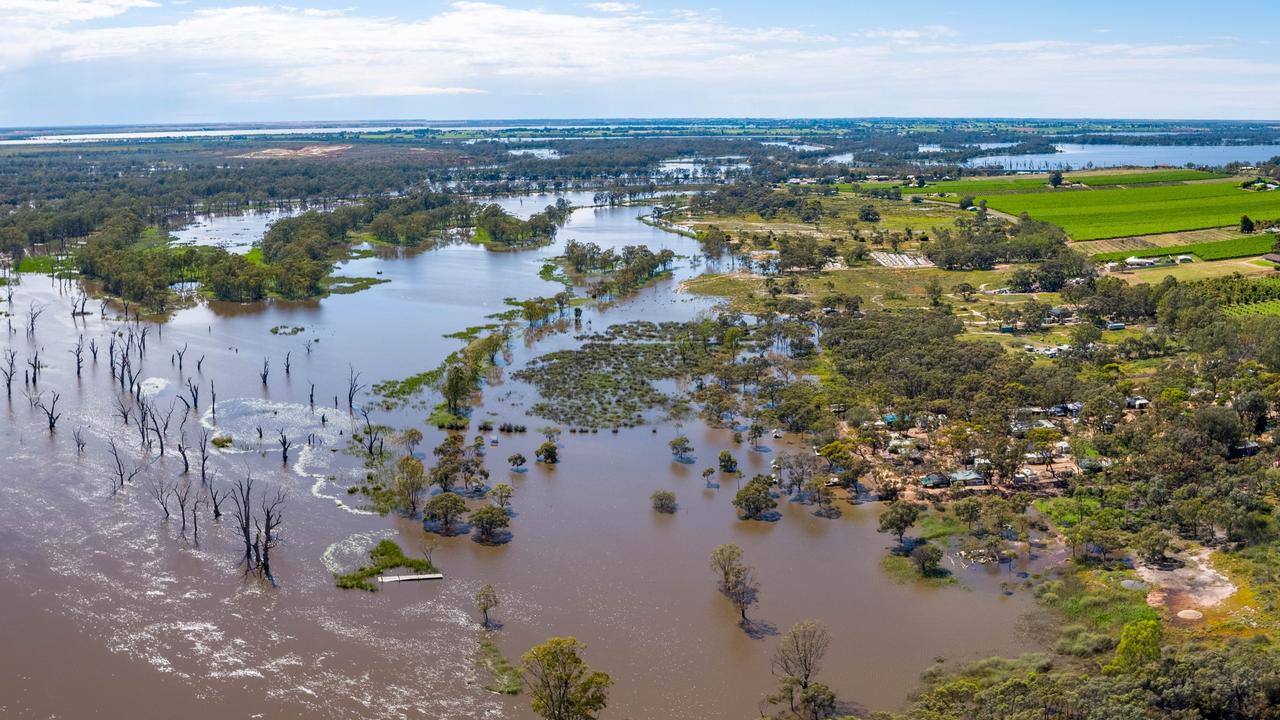 “Climate change is with us and it will continue, and I suppose, the point of this report is to remind everyone that we need to be prepared,’’ she said.

“Australia always has climate variabilities. So we’re used to the droughts and the floods. What we’re seeing is another layer on top of that, that climate change is bringing us.”

The report finds Australia’s climate has warmed by an average of 1.47 ± 0.24C since national records began in 1910.

– Sea surface temperatures have increased by an average of 1.05C since 1900 leading to an increase in the frequency of extreme heat events over land and sea. 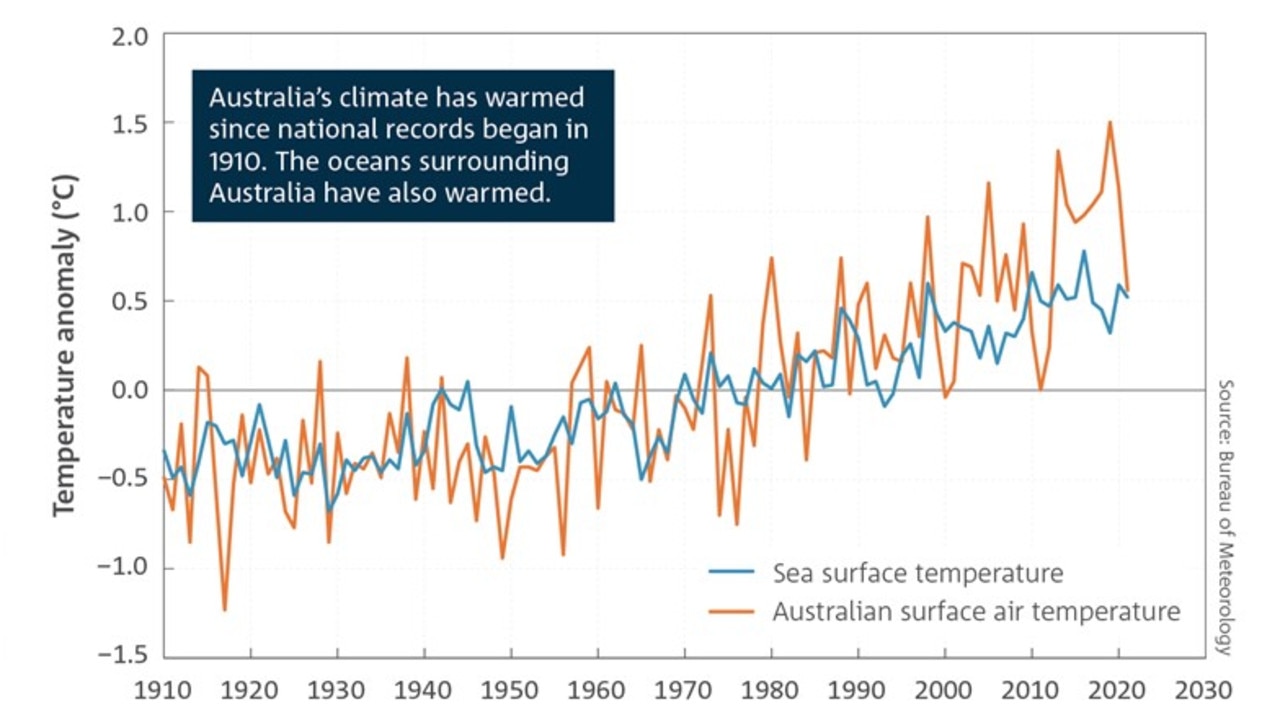 – There has been a decline of around 15 per cent in April to October rainfall in the southwest of Australia since 1970. Across the same region, May to July rainfall has seen the largest decrease, by around 19 per cent since 1970.

– There has been an increase in extreme fire weather, and a longer fire season, across large parts of the country since the 1950s.

There has been a decrease in the number of tropical cyclones observed in the Australian region.

– Snow depth, snow cover and number of snow days have decreased in alpine regions since the late 1950s.

– Sea levels are rising around Australia, including more frequent extremes that are increasing the risk of inundation and damage to coastal infrastructure and communities. 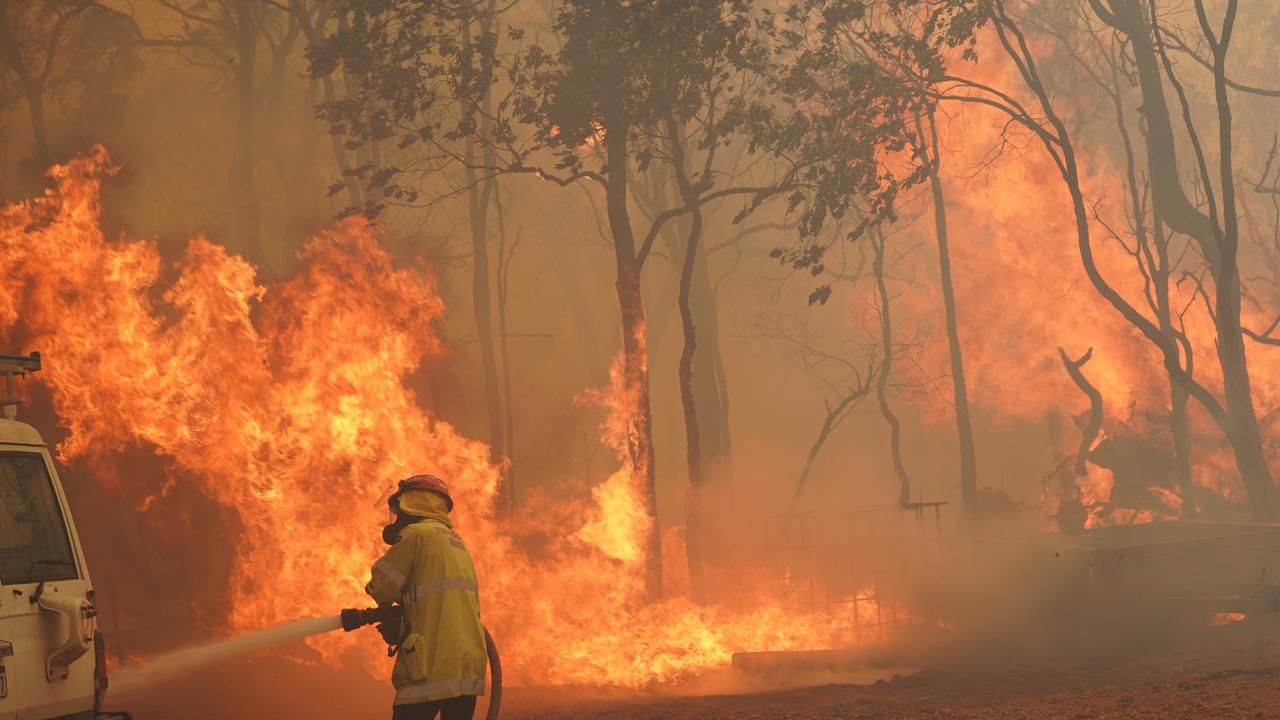 Extreme fire weather and a longer fire season has been an increasing trend across large parts of Australia since the 1950s. Picture: The West Australian

Environment Minister Tanya Plibersek said the report made for sombre reading but was not a surprise.

“It confirms sadly what we know, which is that temperatures in Australia on land and in the seas are rising and that’s having the impact of more extreme weather events,’’ Ms Plibersek told ABC TV.

“This report shows that the dryer periods are longer, hotter and dryer. When it does rain, it rains much more heavily and we are seeing the impact of that across the eastern states at the moment in very tragic ways.

“It shows that bushfire seasons will be hotter and dryer. I guess the importance of reports like this is it is a call to action and that is why our government has acted to legislate stronger carbon pollution reduction ambitions.