A Woolworths shopper was left to clean up a “crime scene” after a tin of beans exploded in her pantry, where it had only been for two days.

The customer shared the mess created by the Woolworths-branded Four Bean Mix tin to social media on Wednesday night, shortly after the catastrophe unfolded.

She warned members of her local Sydney community about “exploding Woolies tins” and included photos of the aftermath.

“Hey guys, just a heads up you may want to check your food cupboards and pantries tonight. Mine looks like a crime scene from an exploding four bean mix tin I bought in Woolworths on Sunday night,” her Facebook post read. 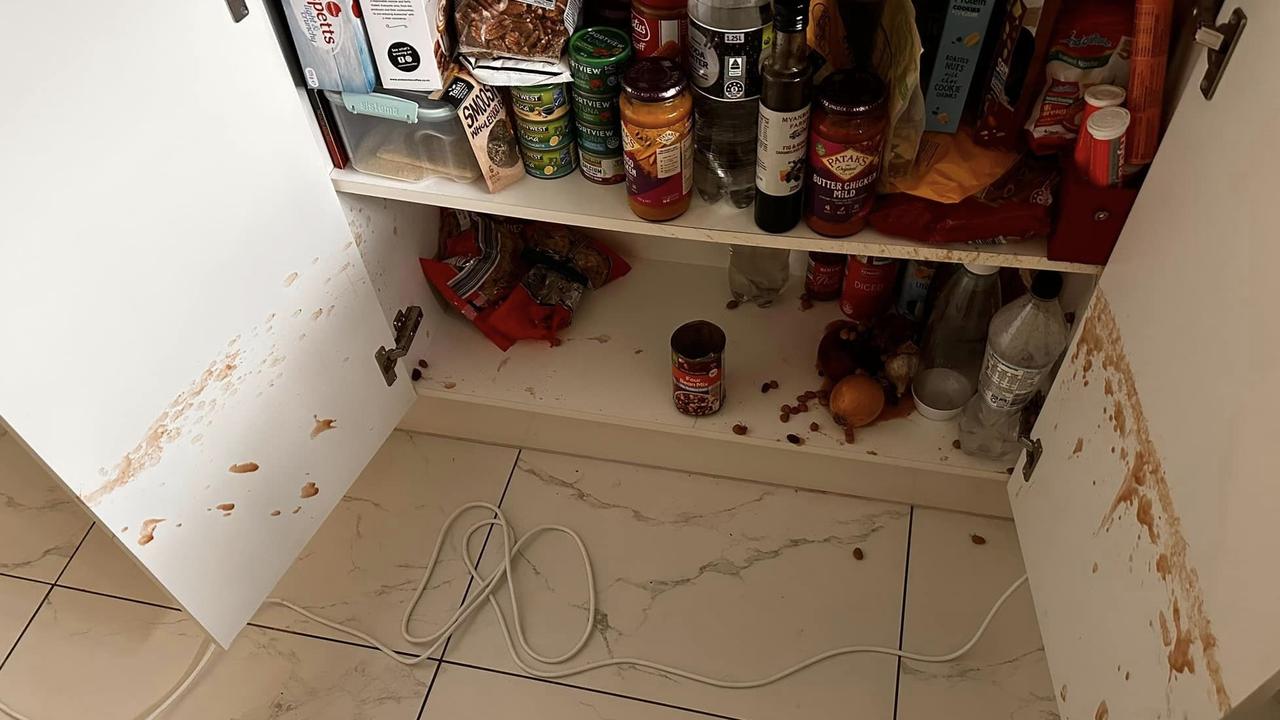 The beans left a huge mess to clean up. Picture: Facebook 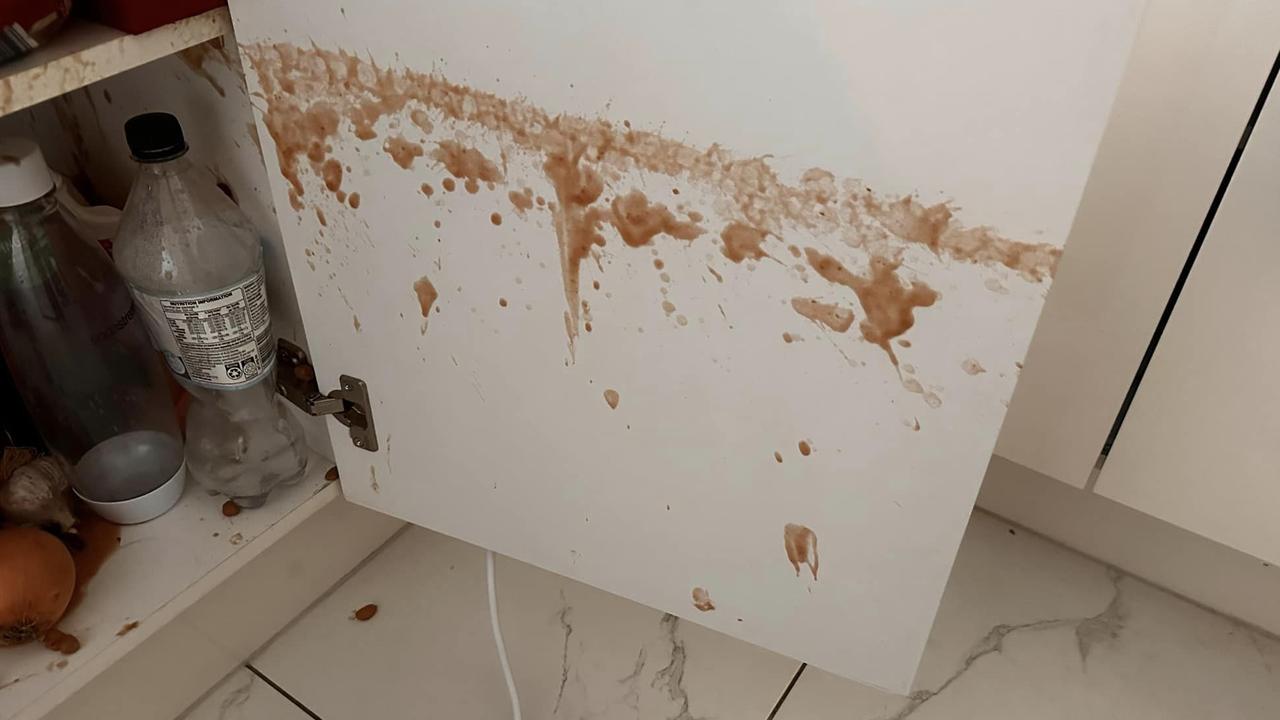 Brown grime was splattered across the pantry doors. Picture: Facebook

“The explosion happened tonight around 6.32pm. Thankfully no one was hurt and all food was salvaged after a good rinse.”

Her home, however, smelt “putrid” after the ordeal, leading her to believe “the beans were off as well”.

Photos of the destroyed pantry showed the extent of the damage caused by the 80c product, with a thick layer of brown grime leaving an unsightly trail of destruction.

Both pantry doors were slicked in the mess, which had also splattered across the bottom shelf.

The opening of the tin also had a kink on the rim from where the lid had blown off.

Respondents to the post encouraged the woman to report the dodgy beans to Woolworths. 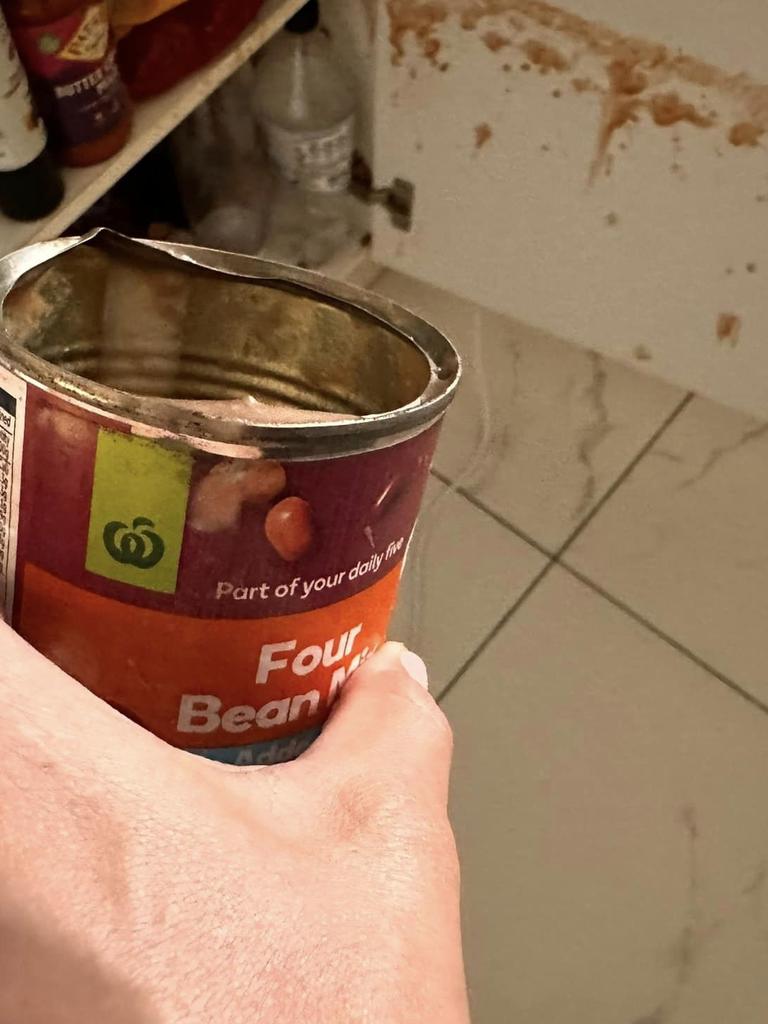 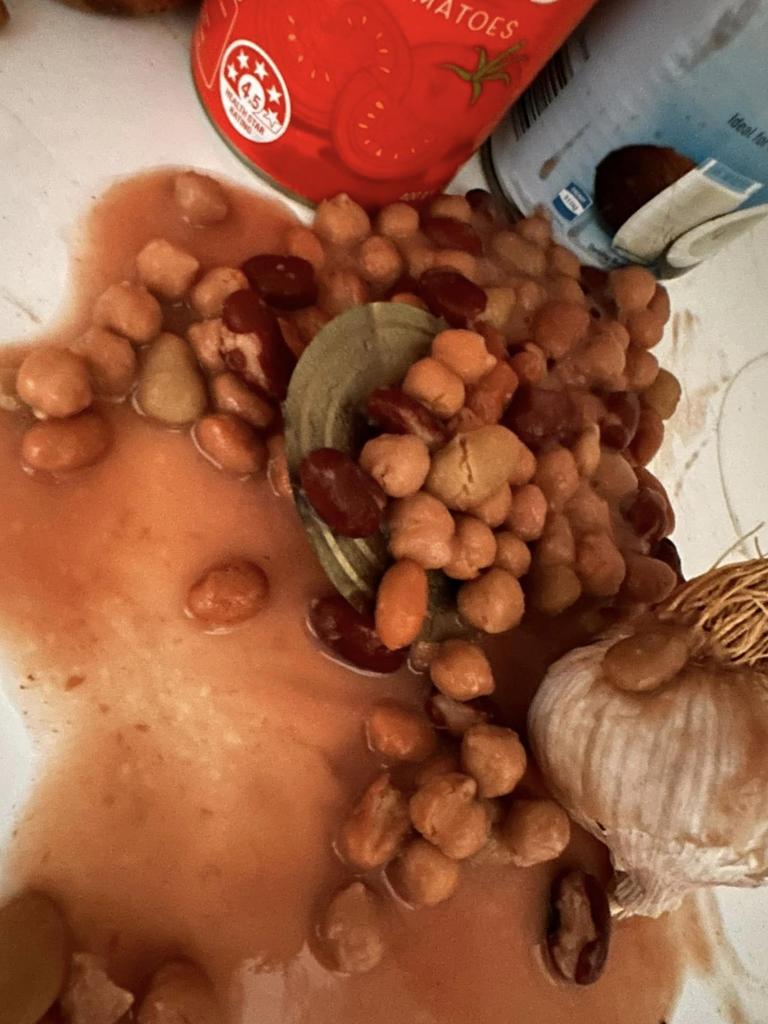 “That’s actually a public health issue. I’m glad you didn’t eat the contents as one of the bacteria responsible for puffed or exploding cans is botulism,” one person commented.

“Yikes, lucky it was in a cupboard and not on the bench waiting to be used, could have been a lot worse,” another remarked.

Others joked over beans typically causing explosions after being eaten.

“I’ve read that beans cause explosions but usually it’s after they’re digested,” one wrote.

“The explosions come after you eat it though?” another said.

Woolworths has apologised for the mess.

“We are sorry this has caused such a mess,” a spokesperson told news.com.au.

“This doesn’t meet our usual standards of quality and we’re disappointed to see this customer’s experience.

“This appears to be an isolated customer report and we’ve passed it on to our supply partner to look into it further.”