Melbourne and Geelong have been hit by severe thunderstorms that have caused flash flooding and power outages.

State emergency services are also responding to dozens of calls for help due to the flooding this afternoon, with 116 requests in Geelong alone.

More than 6000 Victorians have been left without power with the rain causing widespread blackouts.

Many areas will not see power restored until 10pm according to Powercor. 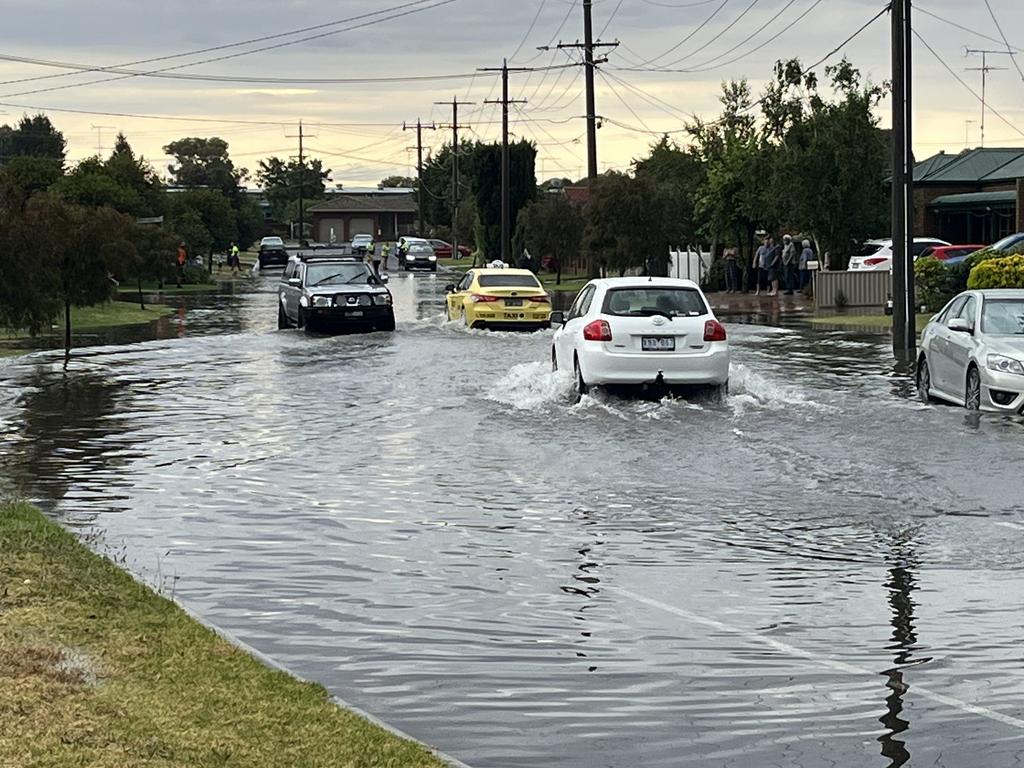 Geelong has been “smashed” by floods according to locals. Pic: @steveinlara

The storms hit the Bellarine Peninsula at around 2:15pm bringing strong winds and a heavy downpour that had soaked Victoria’s west earlier in the day.

Mount Gellibrant, around 67 kilometres west of Geelong, received 29mm of rain in 30 minutes. 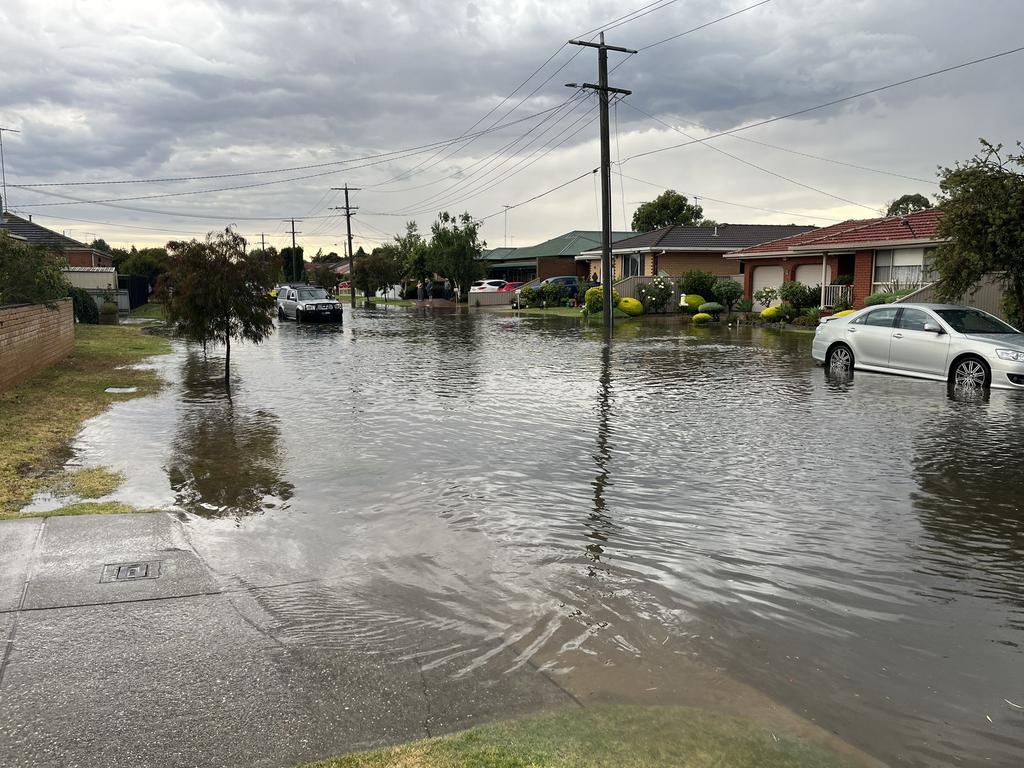 Some parts of Victoria were hit with over 20mm of rainfall in just 30 minutes. Pic: @steveinlara

What started out as a warm sunny day has taken a wet turn, with a storm cell sweeping across the bay from Geelong and heading towards the Mornington Peninsular. pic.twitter.com/oaB0EckWiD

As the thunderstorms passed into the east, Melbourne was hit with the deluge about 5pm, according to the Bureau of Meteorology.

Parts of the city were hit with heavy rainfall and damaging winds, while locals reported severe lightning throughout the late afternoon.

Montrose in the city’s east recorded 23mm of rain in 30 minutes.

The storm cells moved east, with Pakenham and surrounding areas expected to cop the storm on Tuesday evening. 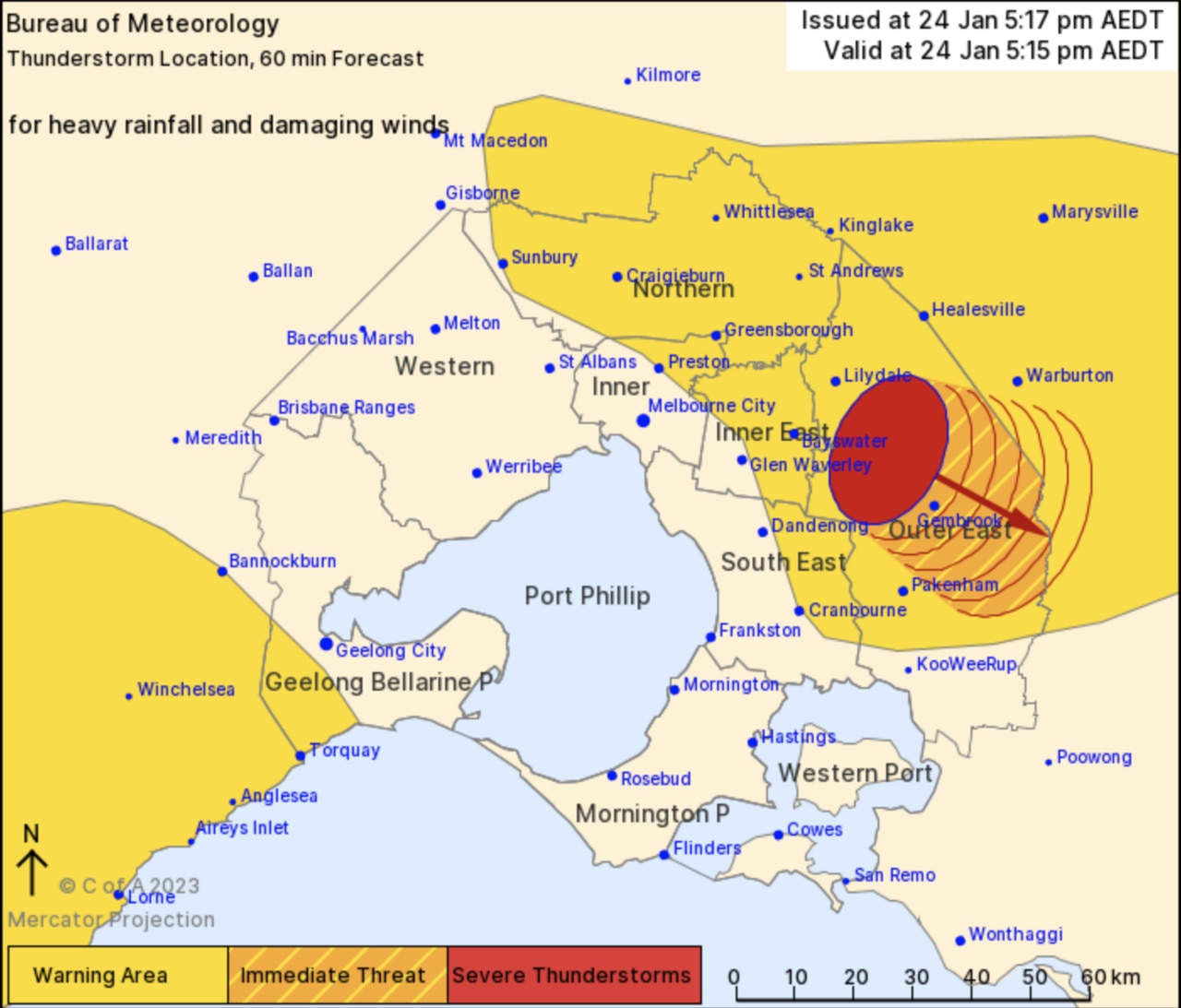 One storm cell has moved away from Melbourne however there are still storms affecting the Geelong Bellarine area. Source: BOM

The BOM said a trough and a “hot, moist, unstable atmosphere” were behind the thunderstorms lashing the region.

State emergency services have advised those in areas affected by storms should stay inside and away from windows, avoid travel if possible and stay safe by avoiding dangerous hazards like floodwater, fallen trees and powerlines.

The BOM says rain could continue in Geelong and Melbourne until at least 8pm, however Wednesday is expected to be partly cloudy with a high of 28 degrees for both cities.