Two drivers have been filmed in a violent carpark brawl, with both men exiting their vehicles during the altercation.

Footage shared on the Dash Cam Owners Australia YouTube channel shows an irate man driving a 2005 Nissan Pathfinder attempt to pull out of his parking spot outside a Brisbane shopping centre. 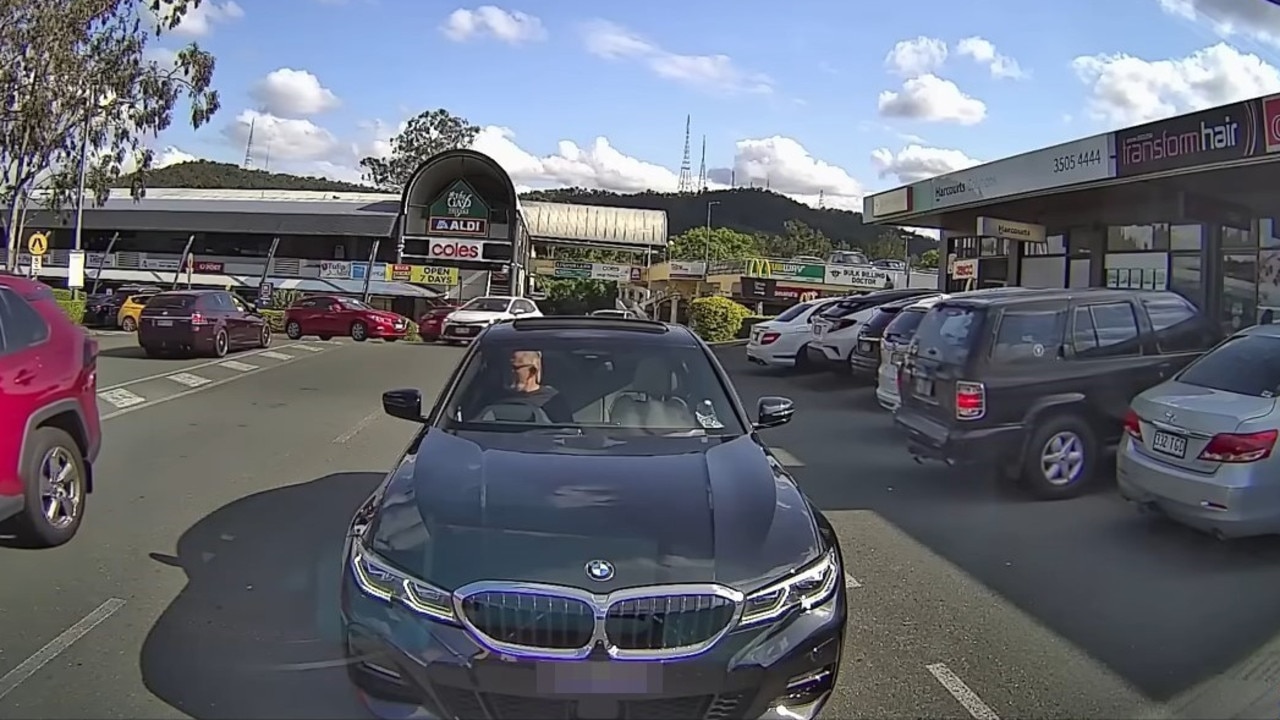 The altercation occurred in a Brisbane carpark. Picture: YouTube 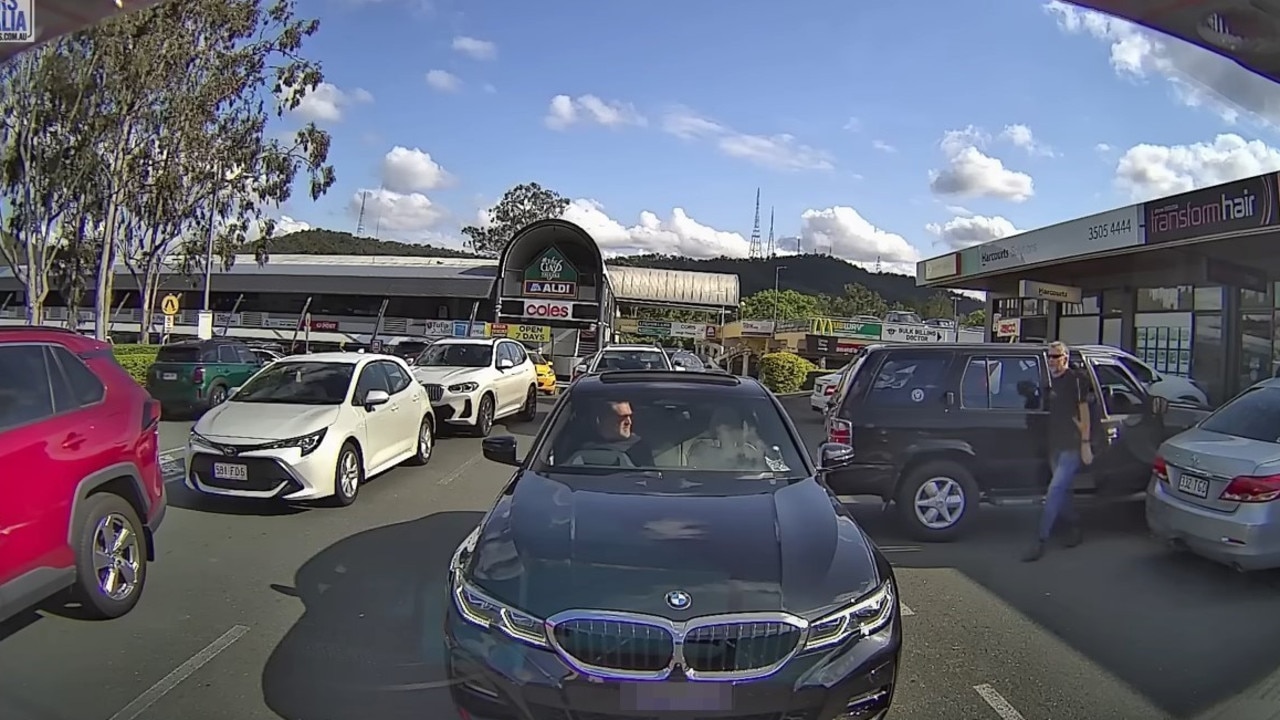 The Nissan driver attempts to reverse his car out of the parking spot. Picture: YouTube

However, he is blocked by a 2020 BMW 330i Sedan which appears to be waiting in a line of cars.

While the BMW driver doesn’t appear to be at fault, the Nissan driver exits his car in order to confront the other man. At one point he even puts his hand through the BMW’s skylight.

The altercation comes to physical blows when the BMW driver also exits his car and then pins the Nissan driver to the ground.

The pair appear to have a heated conversation before the man in the BMW helps the other driver back up on his feet. 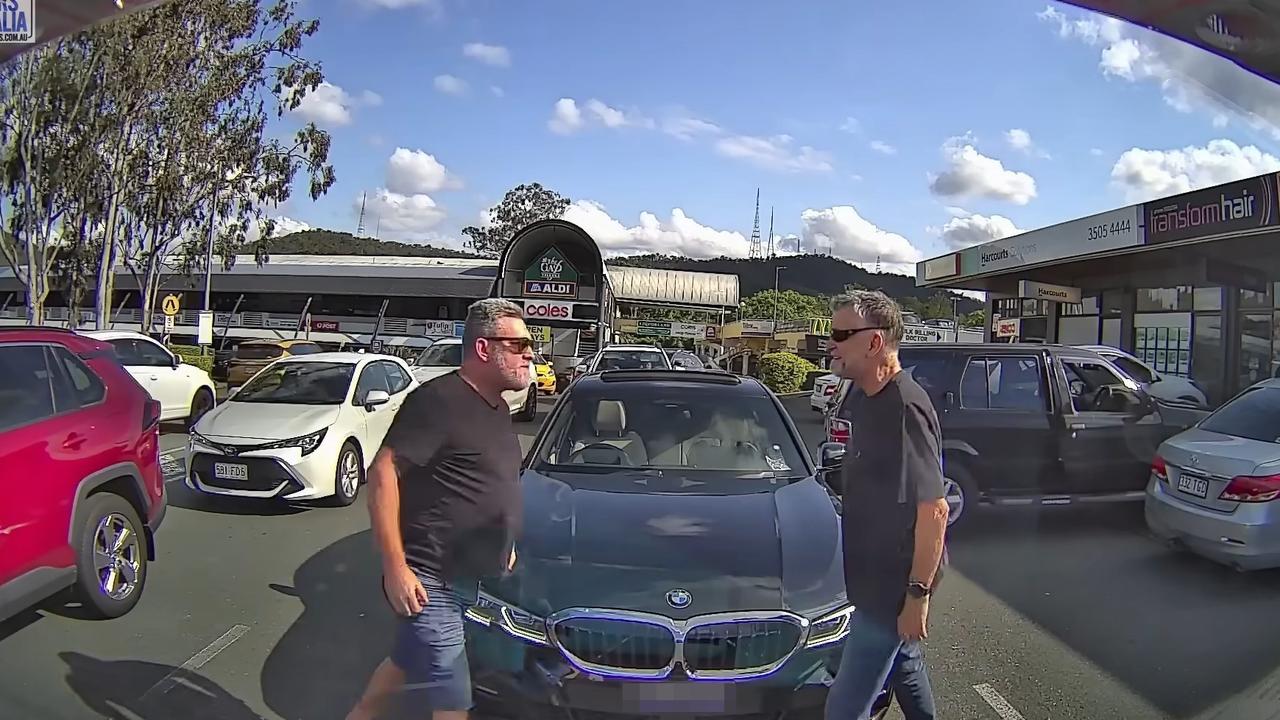 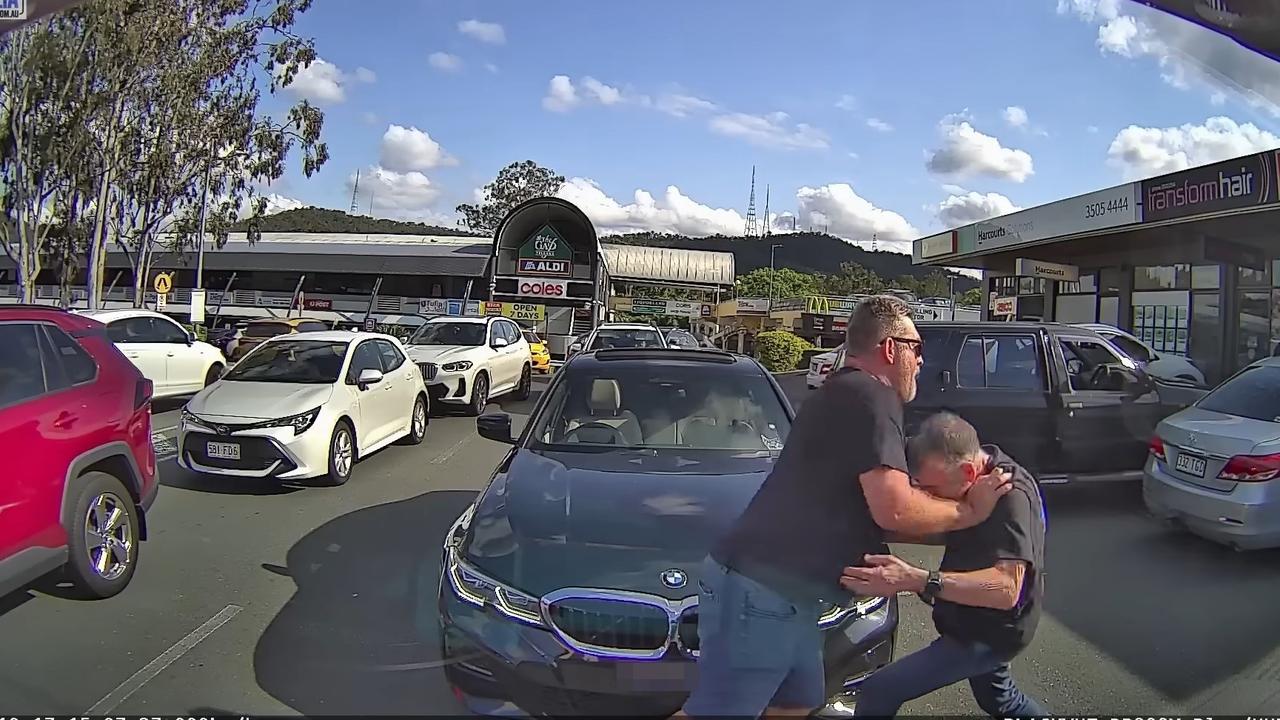 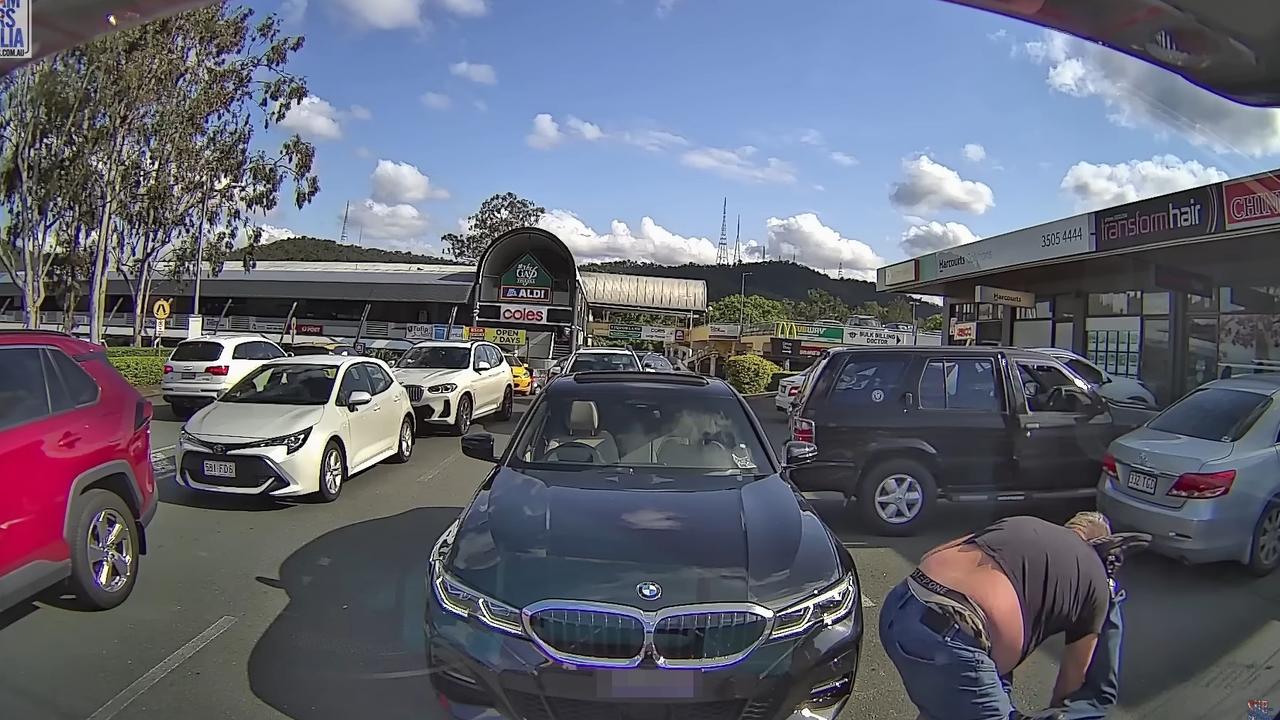 The BMW driver pins the other man to the ground. Picture: YouTube.

In a twist, the BMW drivers picks up the Nissan driver’s sunglasses before they return to their cars, with both men appearing to have resolved their argument.

Although car park etiquette indicates that drivers should let others exit their parking spot, the BMW didn’t appear to have purposely blocked the Nissan driver in.

Most of the comments also agreed that the Nissan driver was in the wrong, while also complimenting the BMW driver for returning the other driver’s sunglasses.

“The guys has the decency to pick up and return the sunnies to the other guy. I think that was more insulting than the ar*e whooping. He was in complete control of that situation,” one comment read. 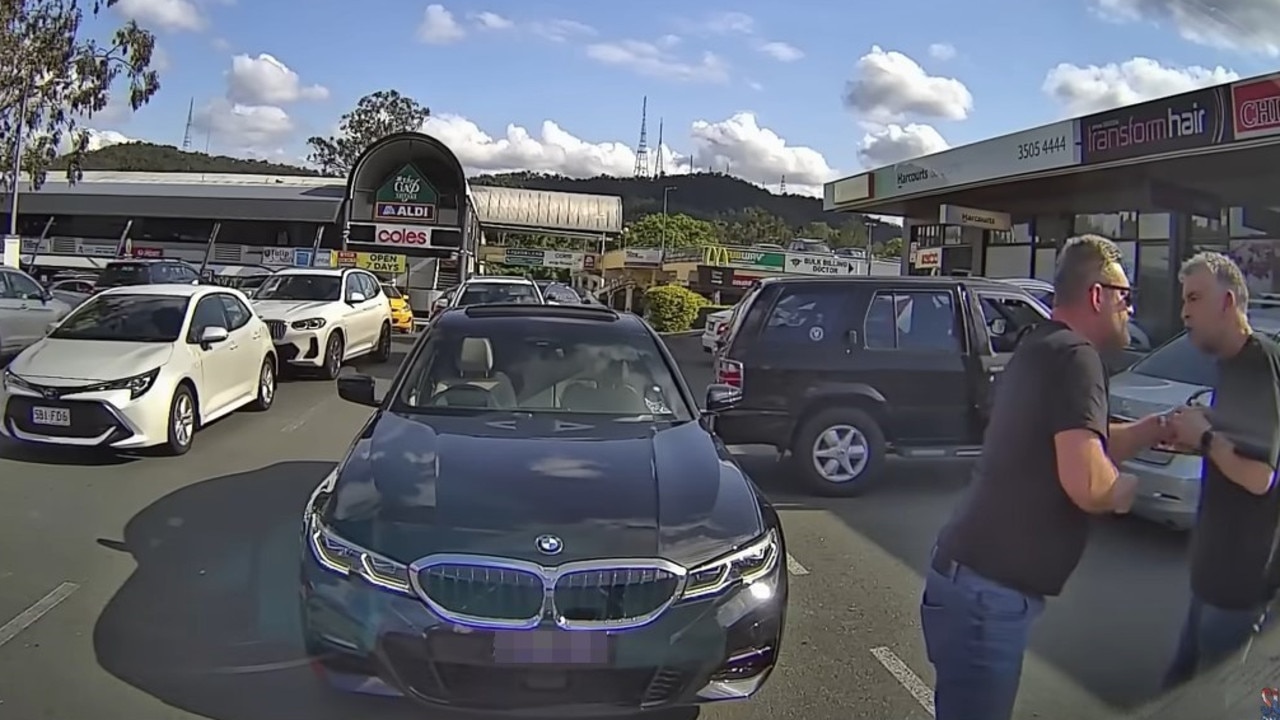 The fight is resolved, with the BMW driver returning the other man’s sunglasses. Picture: YouTube.

“The one time I’m actually on the side of the BMW driver. The guy reversing was an absolute flog,” commented another.

“Would it have killed that guy to wait one minute before backing out or is he too important to wait? Road rage caused him a lot of embarrassment! The guy in the BMW had every right to refuse to move forward – if someone rear-ended him, he would have rear-ended the car in front of him,” read a similar comment.