Forecasters have warned of 24 hours of wild weather across parts of Queensland midweek with a month’s worth of rain likely in just a few days.

Meanwhile in the west, “extreme heat” is due.

But some unsettled weather across Victoria, Tasmania and most of NSW is now clearing which should lead to a far calmer week with pleasant temperatures and little in the way of rain.

“It is all about Queensland, where heavy rain is targeting eastern parts of the state, as a broad area of low pressure takes on tropical moisture from the Coral Sea,” Sky News Weather meteorologist Alison Osborne said.

The highest rainfall will be in central coastal parts of the state from Wednesday into Thursday leading to that intense 24 hours of unsettled conditions.

Gusty winds and heavy rain in particular might be seen around the Capricornia, Wide Bay and Burnett regions.

Rockhampton is looking at storms on Tuesday and then 40-70mm of rain on Wednesday and a further 20mm on Thursday.

Brisbane won’t be in the centre of the system but it could still pick up some moisture on Tuesday then up to 10mm on Wednesday and 10-25mm on Thursday. The mercury could peak at 31C on Tuesday and then down to the mid-20s for the rest of the week.

“By Thursday afternoon it is all over as that low-pressure system looks to move out to sea,” Ms Osborne said.

“But as things calm down in the southern half of Queensland, it’s increasing over the northern tropics.

“A tropical low in the Coral Sea will direct heavy tropical downpours and some fairly wild winds over the Cassowary Coast.”

That means a stormy week in Cairns with highs around 30C. From Wednesday to Saturday, daily rainfall totals of 20mm or above could be common with up to 35mm on Friday. 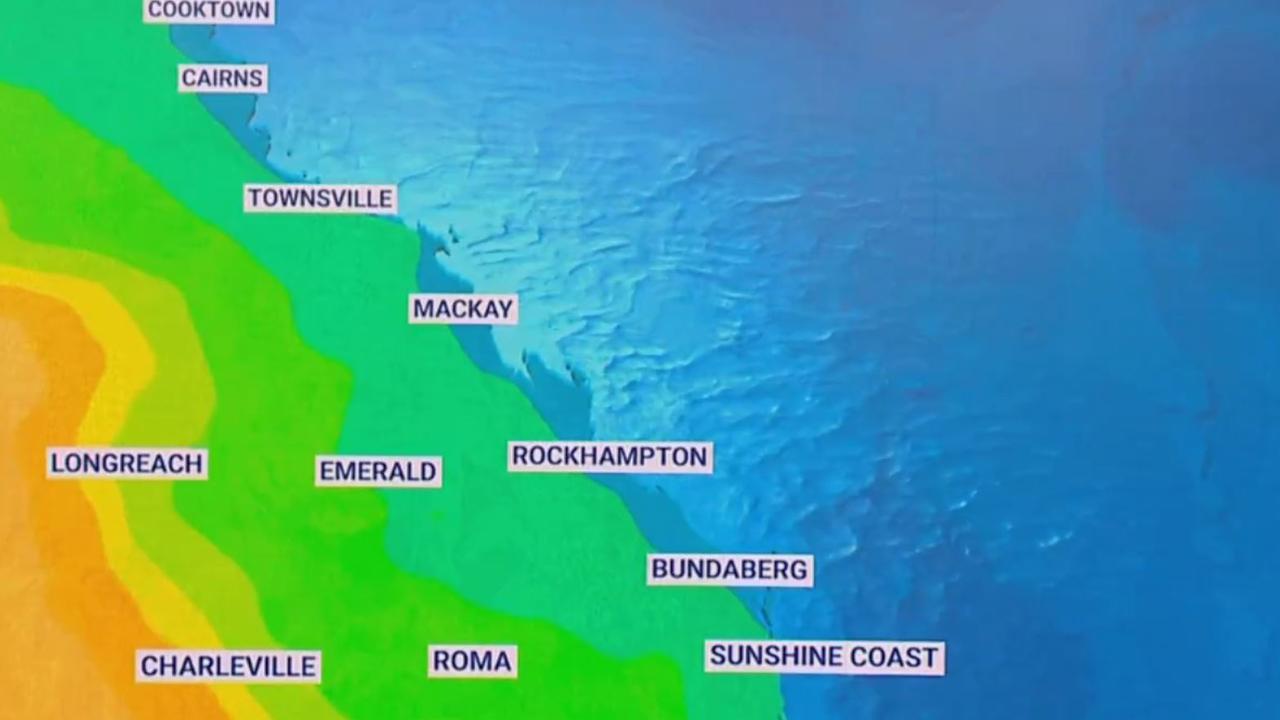 ‘Month’s worth of rain in a few days’

“Falls in excess of 150mm are likely about the Queensland coast stretching from the Sunshine Coast all the way up towards the Cassowary Coast,” Ms Osborne said.

“In some of these regions, particularly the central areas, this will be around a month’s worth of rainfall falling in a few days.”

There is far less weather drama as you head south.

Hobart should be dry and cloudy for the week with temperatures reaching the high teens and low twenties but getting to as high as 24C on the weekend. Minimums will be around the 10C mark.

Partly cloudy with sun peeking through in Melbourne, which can expect highs of around 20C getting as high as 29C on Saturday in the city with 10-13C lows.

A major flood warning is in place for the Murray and Edward rivers with inundation at Wakool Junction, Boundary Bend and Euston and record flooding at Moulamein.

There will be some cloud in Canberra with a 23C high on Tuesday setting the tone for much of the rest of the week and lows of 10C.

An agreeable week in the mid-20s is forecast for Sydney with no rain to speak of. Minimums should be in the mid-teens.

It will get wetter as you head towards Queensland, however. Coffs Harbour could see some falls on Tuesday and then from Thursday onwards with 15mm each day on the cards.

There continue to be major flood warnings in place for the Lachlan, Murrumbidgee, Murray, Edward, Barwon and Darling rivers. 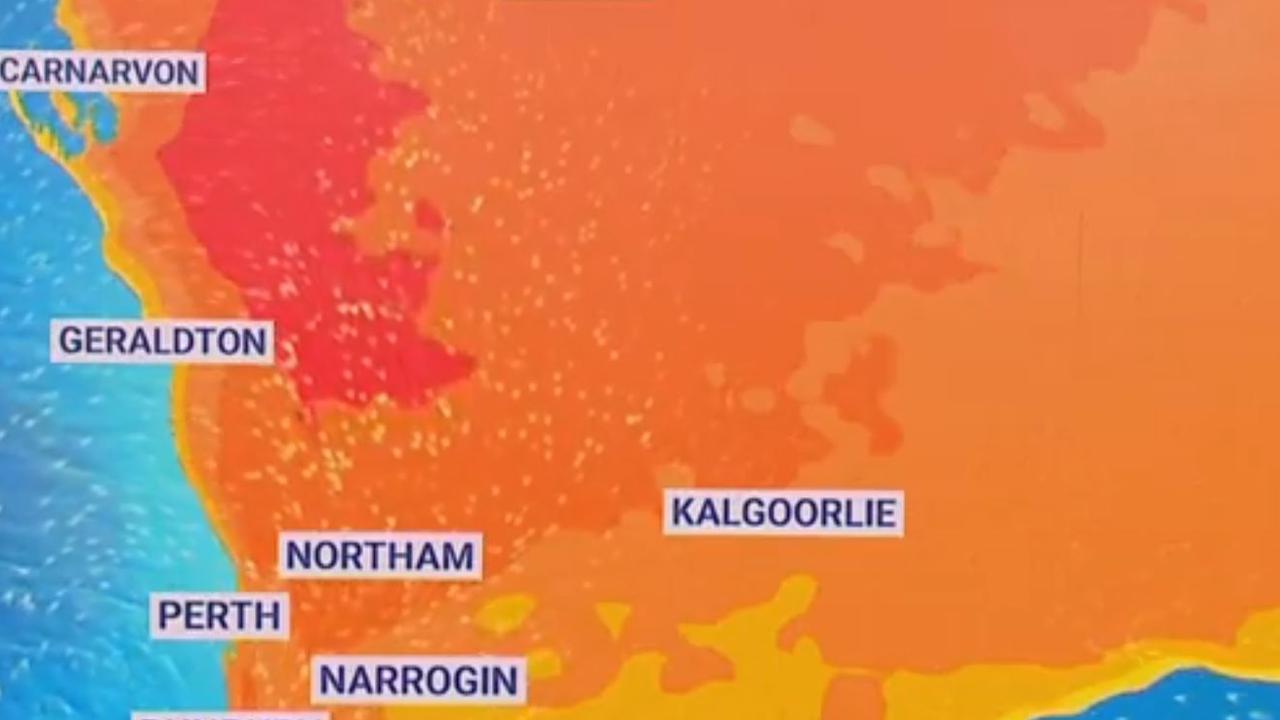 In Western Australia it will be far hotter heading into the first day of summer on Thursday.

“Two days of extreme heat lie ahead in the west,” Ms Osborne said.

“Tuesday looks to be the worst of it with temperatures peaking in the high thirties.”

In southern WA, winds coming in from the ocean should cool things down a little but inland and further north of the state 40C days are due.

Perth could reach a high of 37C at 3pm on Tuesday and 35C on Wednesday with overnight minimums of 25C early on the same day. Thursday should see a big drop down to a just 25C in the city.

It will be warm and sunny in Adelaide as well, but far less punishing, at least earlier in the week. Tuesday will peak at 21C and then the temperatures should creep up each day to as much as 33C on Saturday. At dawn on Wednesday, expect 11C and then 18C early on Saturday.

Darwin will see temperatures north of 30C all week with 36C possible on Thursday and Friday. Some storms for Tuesday and Wednesday but drier towards the end of the week for the Top End.