A resident of flood-stricken Eugowra has confronted Prime Minister Anthony Albanese demanding he explain where he was while the Central West of NSW was being smashed by more record flooding.

The town of 700 people was devastated when floodwaters ripped through businesses and homes early last week.

Mr Albanese was touring the region with NSW Premier Dominic Perrottet on Tuesday when Eugowra plasterer Anthony Robinson decided to take his opportunity to get some answers.

“Where have you been the last week?” he said.

“Overseas, I heard … Your people need you here.” 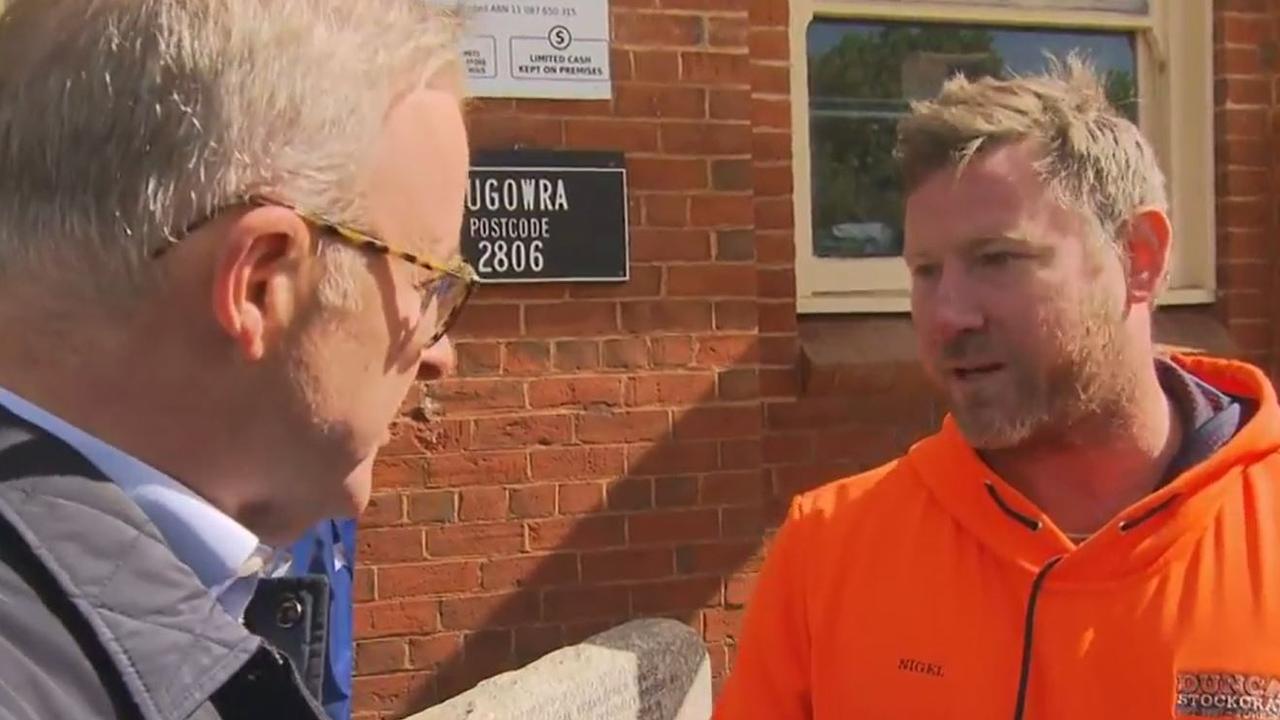 Eugowra resident asks where the Prime Minister was during the latest flood crisis. Picture: Sky News

The Prime Minister had just returned from a tour of Asia where he represented Australia at the G20 Summit in Indonesia, the APEC Summit in Thailand and the ASEAN Summit in Cambodia.

It appeared Mr Robinson was comparing Mr Albanese’s absence to that of former Prime Minister Scott Morrison’s during the Black Summer 2019/20 bushfires.

“Not to get off on the wrong foot … but all through the election one of your slogans was (you weren’t) here to hold a hose,” Mr Robinson said. 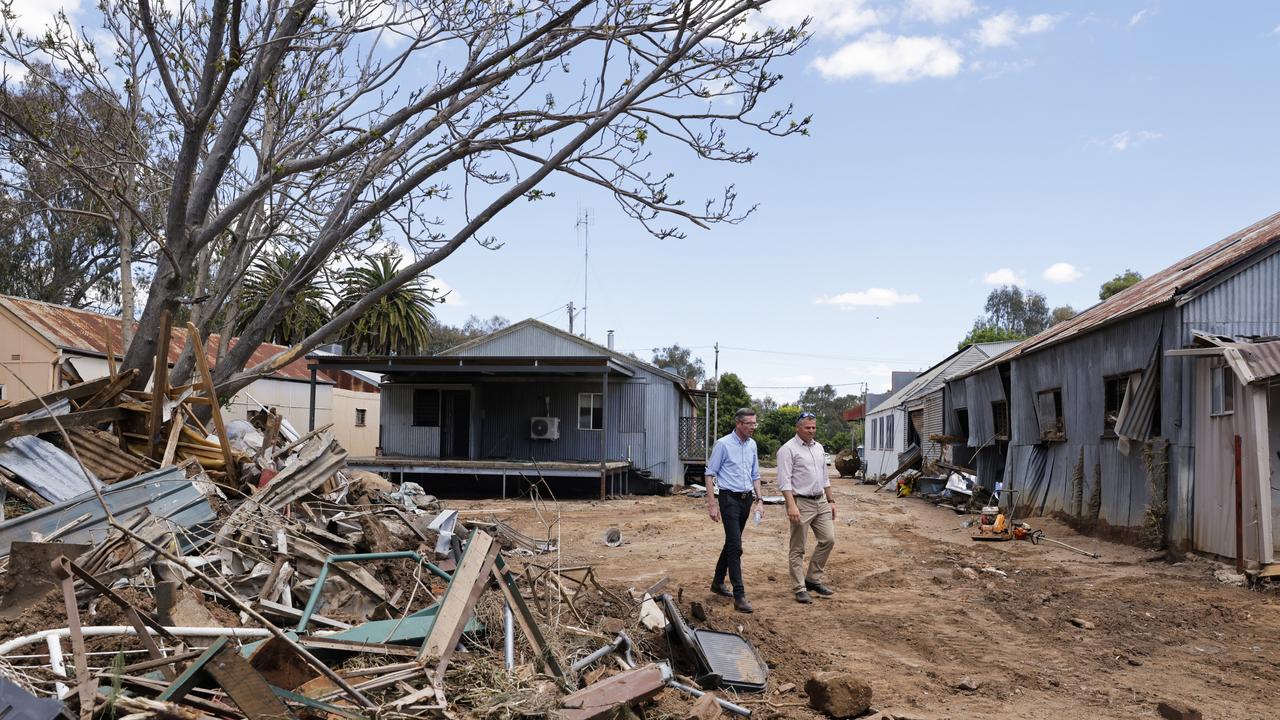 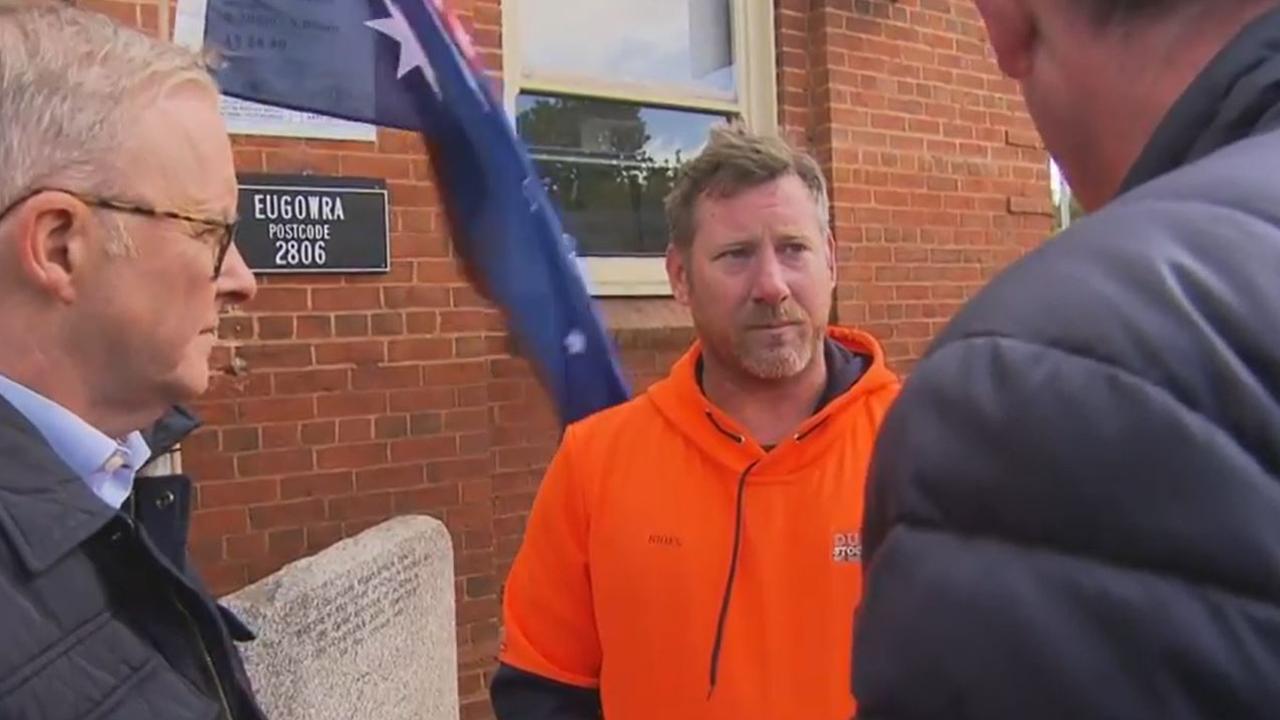 The Prime Minister replied that while he had been overseas representing Australia he had come as soon as he could.

“I’ve come straight away. I’m here. I’ve been in touch with Dom, we’ve have had the deputy prime minister, the ADF was here first day,” Mr Albanese said. 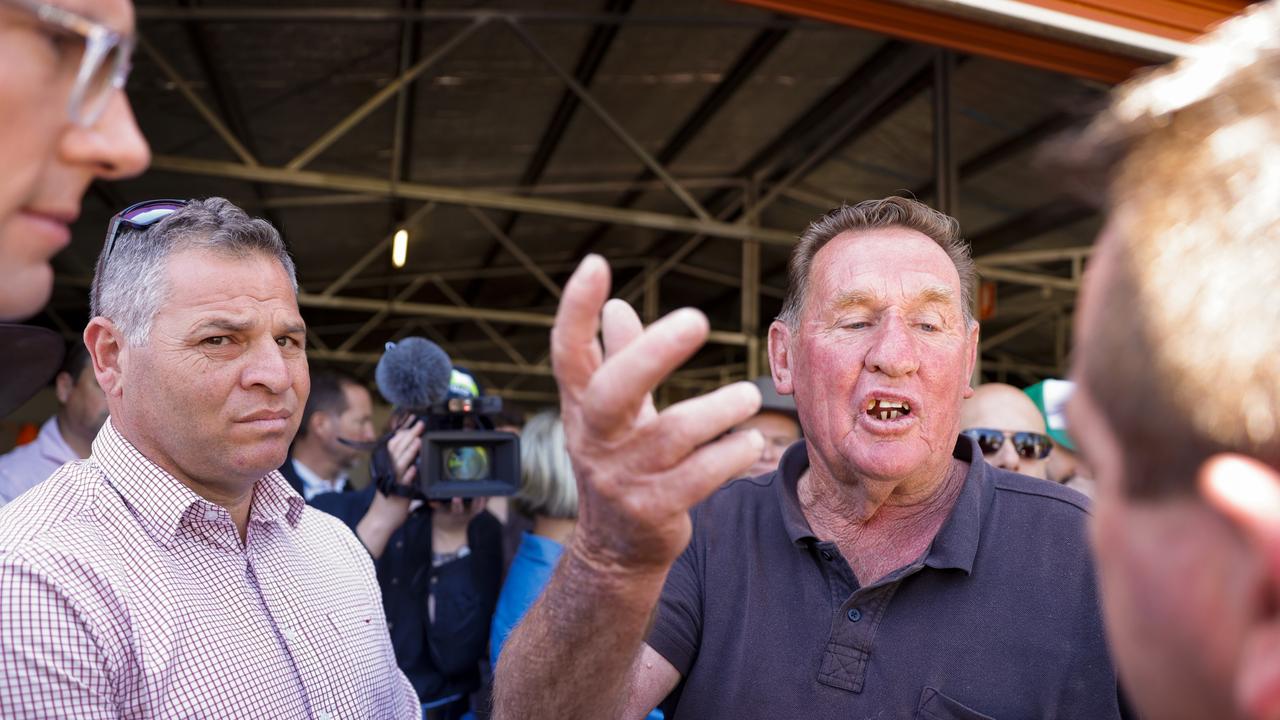 “We had no food, no clothing, no one telling them what was going to happen next because no one was here,” Peter Jones said.

“All these people have been taken to Orange, they haven’t got a house to go to.

Mr Perrottet assured Mr Jones he would do “whatever we can do to make sure that is fixed, we’ll do that”.

The pair organised to meet again when the Premier returned to the region on Tuesday and Mr Perrottet told reporters he was “going well”.