The last years of his life were spent at the Vatican after he was acquitted of child sexual abuse convictions in September, 2020.

But Australia’s highest ranking Catholic did spend 13 months behind bars before his convictions were quashed on appeal.

He spoke out about that experience during an interview with the BBC in 2021, saying the one thing he hated most about prison were the strip searches.

“Jail is undignified, you’re at the bottom of the pit, you’re humiliated, but by and large I was treated decently,” he told the broadcaster.

3 weeks ago, this great man of the Catholic Church, who bore slander & persecution w/courage and grace, welcomed me to his table in Rome. Now he is gone. He blessed me as I left, right after this photo. Thank you, Lord, for this meeting. Servant of God George Pell, pray for us! pic.twitter.com/WsiZNuiK4b

Cardinal Pell’s death was confirmed by the Vatican on Wednesday after complications from a hip replacement surgery.

He had been chatting to the anaesthetist following his procedure when he suddently went into cardiac arrest, The Australian reported.

Only days beforehand he had attended the funeral of his friend, Emeritus Pope Benedict XVI.

Pell was the former financial controller of the Vatican, and the most senior Catholic in the world to have been found guilty of child sexual abuse before he was freed from Victoria’s Barwon Prison in April 2020 and had his convictions quashed after a two-year legal battle.

Speaking to Irish reporter Colm Flynn in an interview aired on the BBC World Service in May 2021, Cardinal Pell said he wasn’t keen to return to Rome but Pope Francis refused to let his apartment be packed up. 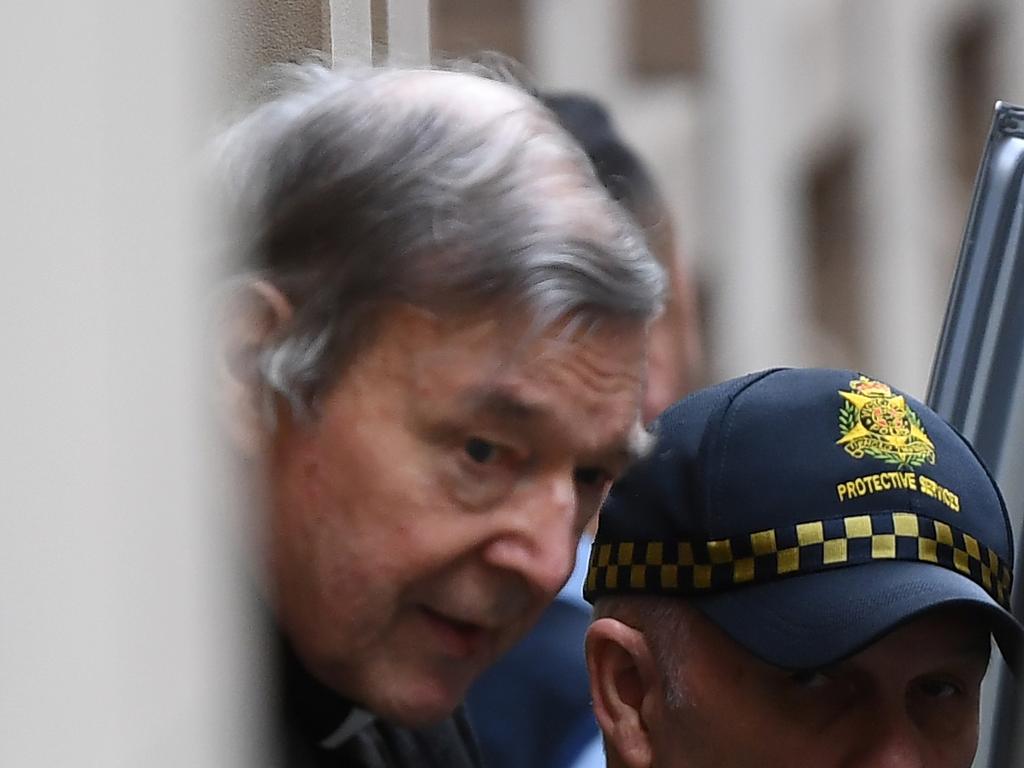 “I miss my family and friends, I’ve got a very good circle of friends in Sydney but I’m in contact with them regularly,” Cardinal Pell said.

Cardinal Pell was convicted in December 2018 of sexually assaulting a 13-year-old choirboy and molesting his friend after a Sunday Mass at St Patrick’s Cathedral in Melbourne in 1996.

He maintained his innocence since being confronted with the allegations by Victoria Police in Rome.

In a piece he wrote for The Australian after being released from jail in April 2020, Cardinal Pell, who was accused of assaulting two choirboys at a Melbourne Cathedral in the 1990s, wrote that the sexual abuse crisis damaged thousands of victims.

But he said it was good the Catholic Church had painfully cut out a moral cancer.