A fearless surfer has been praised after he picked up a struggling shark with his bare hands and carried it back out into the ocean.

Paul Myles saw the shark stranded on the shore at Eastern View on Victoria’s Great Ocean Road and decided to try his best to push it back into deeper water with his surfboard.

But after a few unsuccessful attempts, he realised he may have to take matters into his own hands – literally.

The brave surfer was captured picking up the flailing shark and rather nonchalantly carrying the deadly animal back out to the ocean. 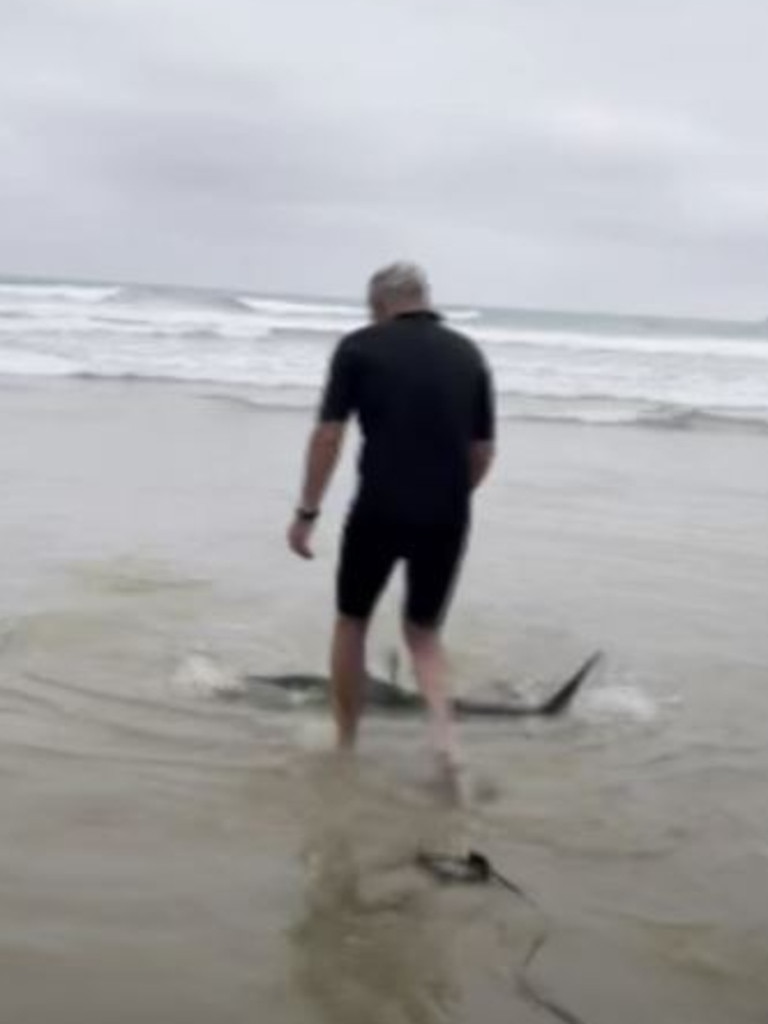 The man picked the shark up with his bare hands. Picture: Lillie Wilson / ABC 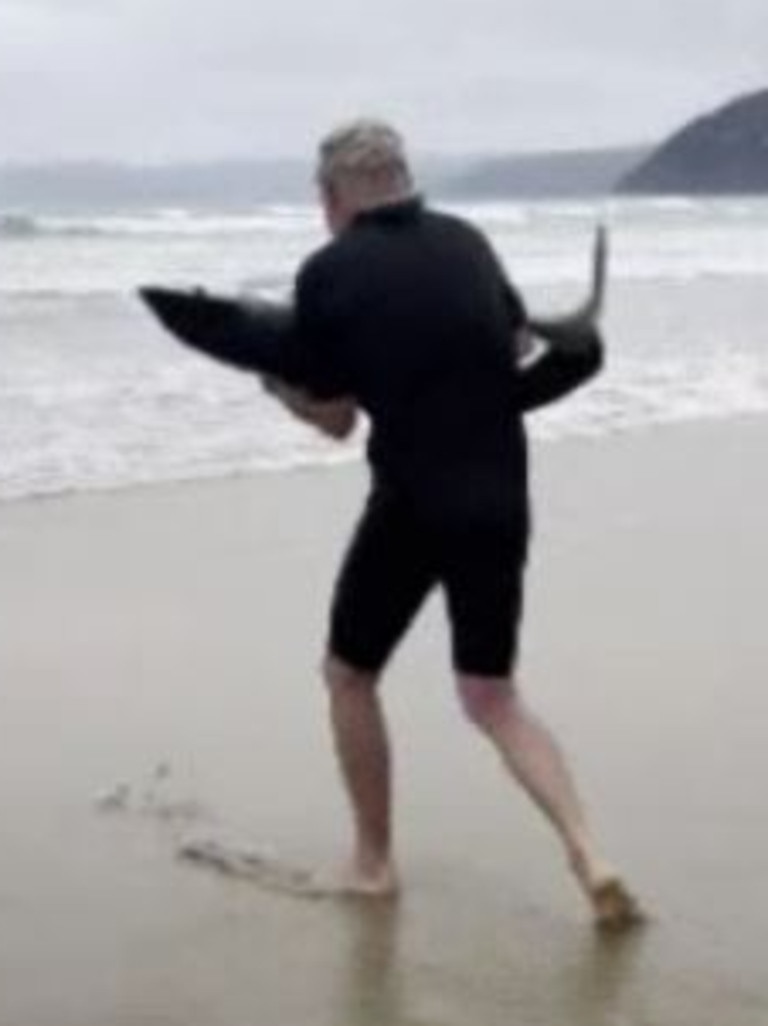 Mr Myles said he was a “bit of a softie” and could not leave the shark. Picture: Lillie Wilson / ABC

“I just thought I’d give it a chance, I wasn’t sure if it was just disorientated or sick or whatever,” he told the ABC.

“I thought I’d get it out in the water a bit further out, see if it would swim out to sea but it didn’t seem too well.”

Mr Myles told the outlet that he believed the mammal to be a blue shark.

He added that he had been surfing at that particular beach for over 40 years, and had rarely ever seen a shark there.

“It had a long pointy nose, blue colour,” he said.

“I’ve never seen one that close to the beach, that’s the important thing. I once saw one off the rocks about 20 years ago but that’s enough I think.”

He said he wanted to help the shark because he is “a bit of a softie, really”. 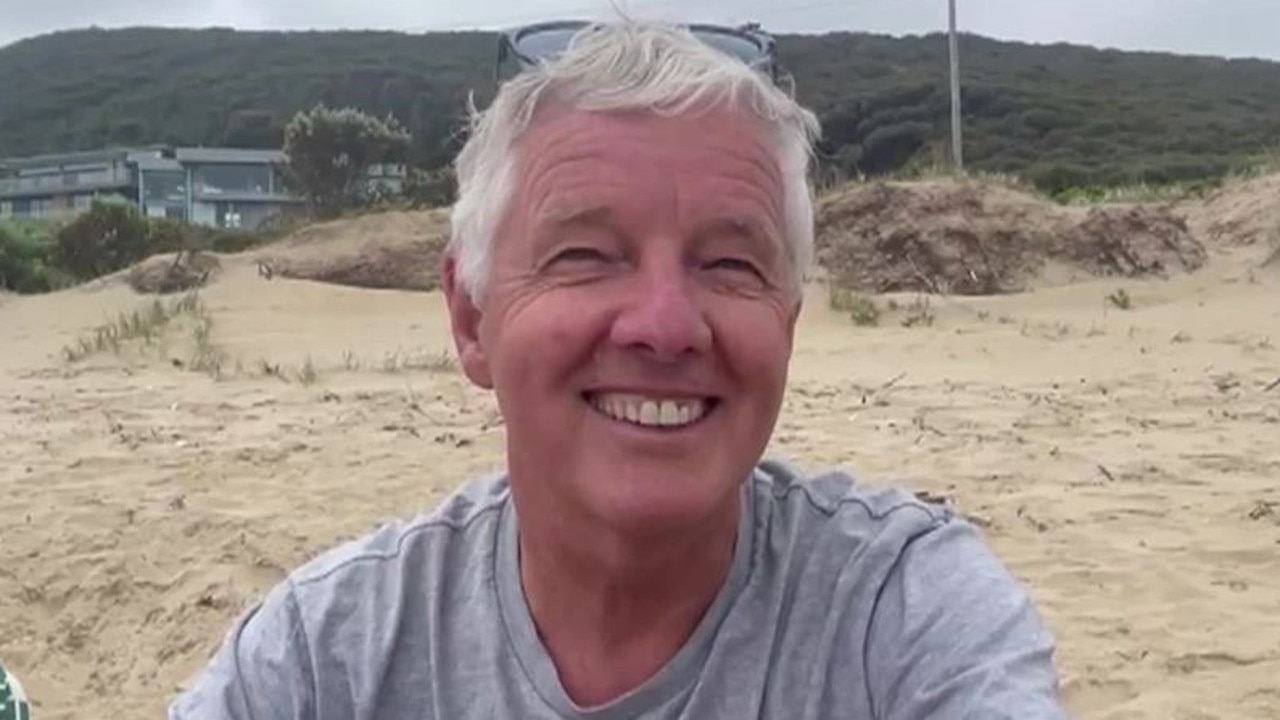 He has been surfing in the area for the past 40 years. Picture: ABC

“I think it might earn some brownie points next time a shark comes past me,” he joked.

Mr Myles promised that he would be back in the surf the next day.

People on social media hailed him a hero for risking his life to save the shark, when many others may have been too frightened to pick it up.

“What a hero! Thank you for showing kindness” one wrote.

“Wow what a great human being,” posted a Facebook user.

Shark sightings across popular beaches in New South Wales have increased, with the implementation of drones to thank for the early warnings.

Surf Life Saving NSW announced a further funding commitment had been made for a “vital public safety program” which uses drones to monitor for sharks across 50 key locations. 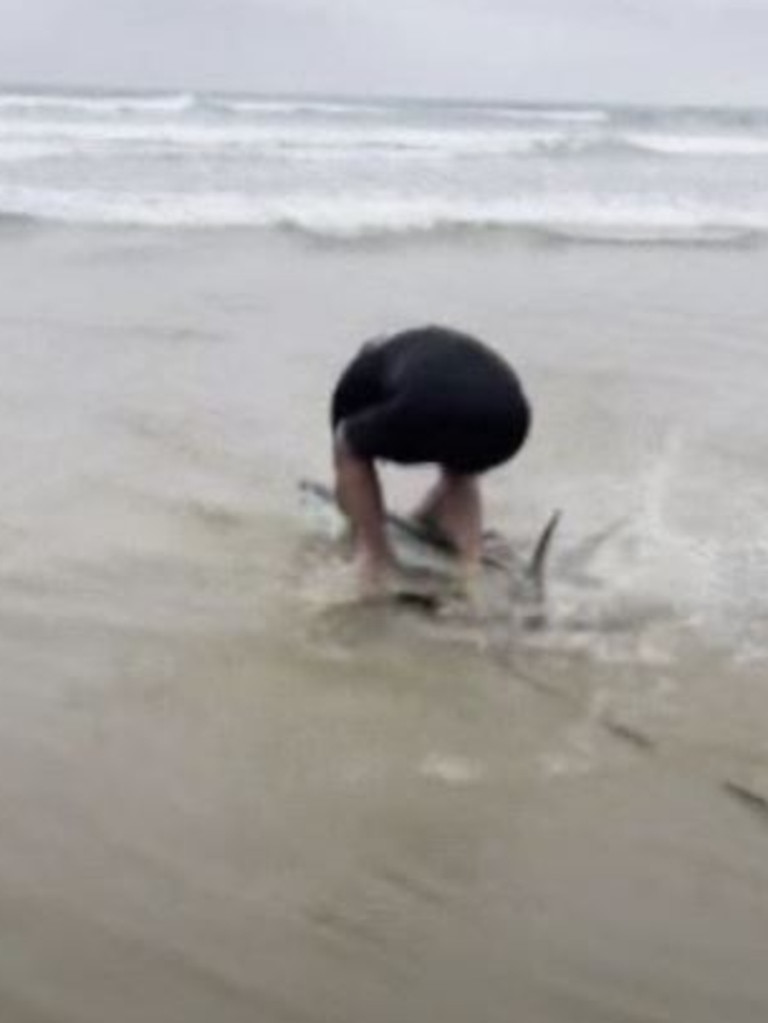 Paul tried to move the shark with his surfboard, with no luck. Picture: Lillie Wilson / ABC 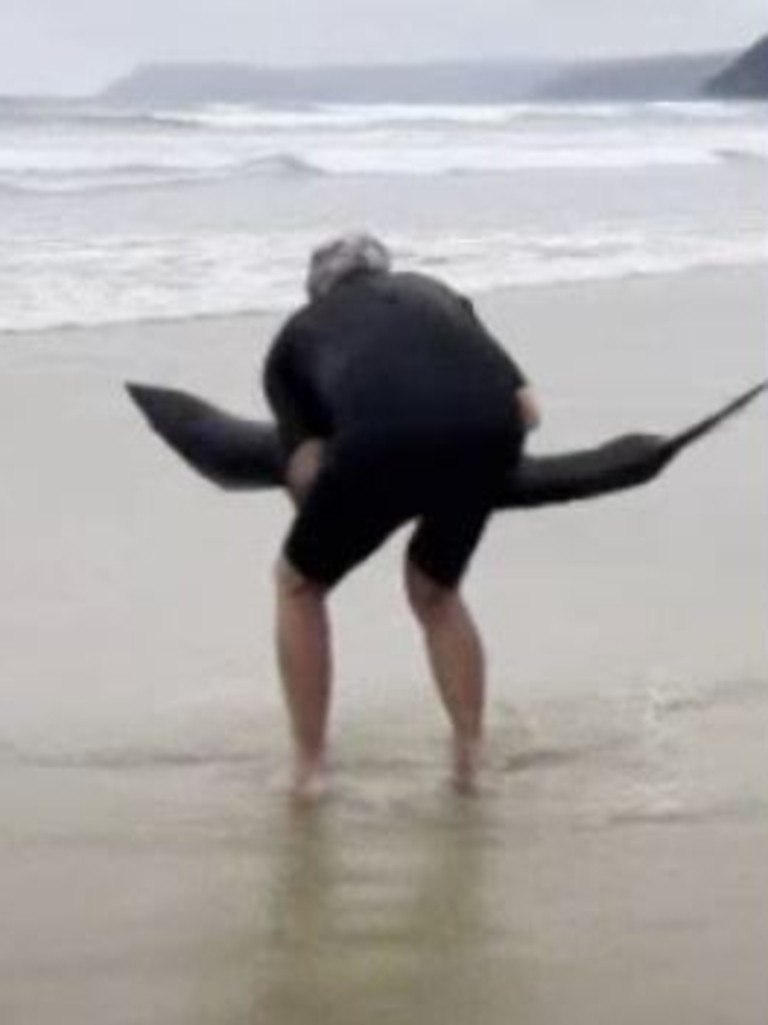 He carried the animal back out to deeper water. Picture: Lillie Wilson / ABC

The new $3m funding package from the state government means unmanned aerial vehicles (UAVs) will continue monitoring for sharklike figures in the ocean.

“We’re able to proactively pick up a shark that might be in the vicinity, and actively track it and alert beach authorities a lot sooner than we would have previously,” Mr Manieri said. 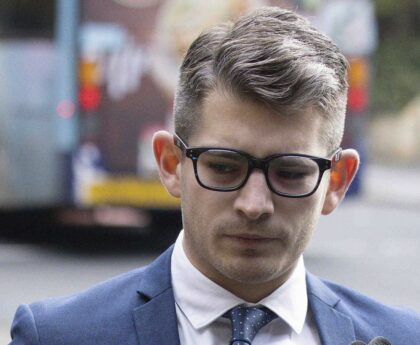