As Australia enters its fourth year of the pandemic and a new variant emerges, Covid-19 case numbers are trending downwards but are coming with a warning.

In the national report released on Friday, average daily cases as of January 3 were 8950 – down 23.3 per cent on the previous week.

But, authorities say those numbers are likely to be an under-representation due to the holiday period.

In NSW, reported Covid cases were down 40 per cent on the week prior, but this correlated with a 42 per cent drop in PCR testing over the same period. Residents are also no longer required to report a positive rapid test, prompting NSW Health to warn the case numbers were no longer as accurate as they once were.

“The changes in COVID-19 testing and reporting means that notification numbers no longer reflect the level of community transmission in the same way as during the BA.4/5 wave,” a statement in the most recent weekly surveillance report read. 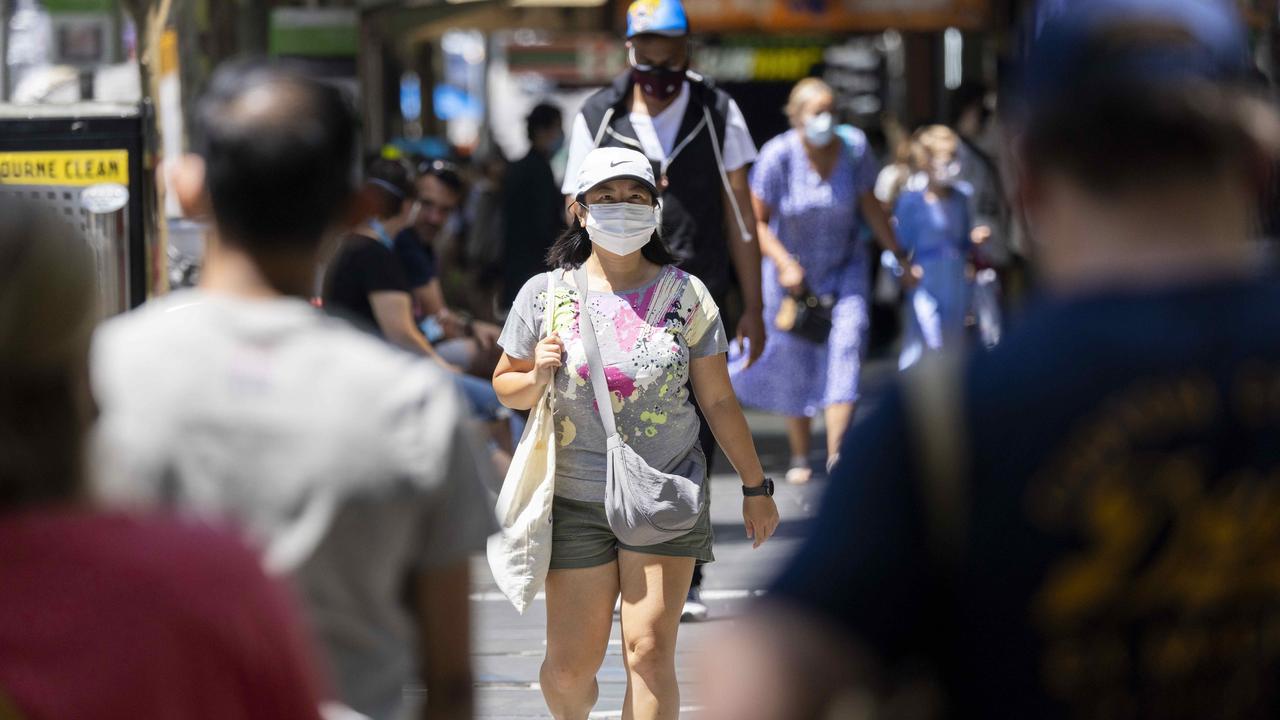 Victoria and NSW reported more than 180 deaths combined over the last week.

There has been an 11 per cent increase compared to the week before in the number of people in intensive care units, and there are 3514 people in hospital – up two per cent from the week prior.

While cases appear to be on the decline, it follows the first Christmas period since the pandemic began not burdened by border closures – or the threat of.

The fresh case numbers come as the World Health Organisation warns the new Covid variant XBB. 1.5 – nicknamed Kraken – is the “most transmissible yet”.

A sub-variant of Omicron, epidemiologists warn the mutation is better equipped at “binding” to cells, making it easier to spread.

At this stage, there is no evidence to suggest the subvariant causes more severe symptoms than the original Omicron, however the mutation is understood to be the cause of about 40 per cent of new Covid cases in the US.

NSW Health confirmed on Thursday small numbers of the strain had been detected in the two weeks before Christmas.

It’s not yet clear how many of the cases since are attributable to the strain.

Experts say existing vaccination levels and natural immunity mean the subvariant will not be a major risk to the community.

Due to a rapid rise in cases in China and a lack of available information about the country’s situation, arrivals need proof of a negative Covid-19 test from within the previous 48 hours in order to enter Australia.

Health Minister Mark Butler on Thursday defended the decision, which was not advised by the chief medical officer, saying most “significant destinations” like North America and Europe had implanted similar restrictions.

China has accused the west of playing “politics” with Covid-19, saying the restrictions are not in line with medical advice.