One of the architects of the Indigenous Voice to parliament says he remains hopeful the proposal to enshrine the body in the Constitution will receive multi-partisan support.

Professor Tom Calma has made it clear he would use his new platform as the 2023 Senior Australian of the Year to advocate for a successful referendum.

“I want to say the referendum is not a choice between improving people’s lives and amending the Constitution, we can do both,” he said at the awards ceremony in Canberra.

“But it will require bipartisanship, all levels of government working together.”

Australians will vote at the end of the year on whether or not to update the nation’s founding document to entrench the Aboriginal and Torres Strait Islander advisory body.

The Albanese government is leading the push for the referendum but the proposal has been met with resistance from the Left and Right of politics. 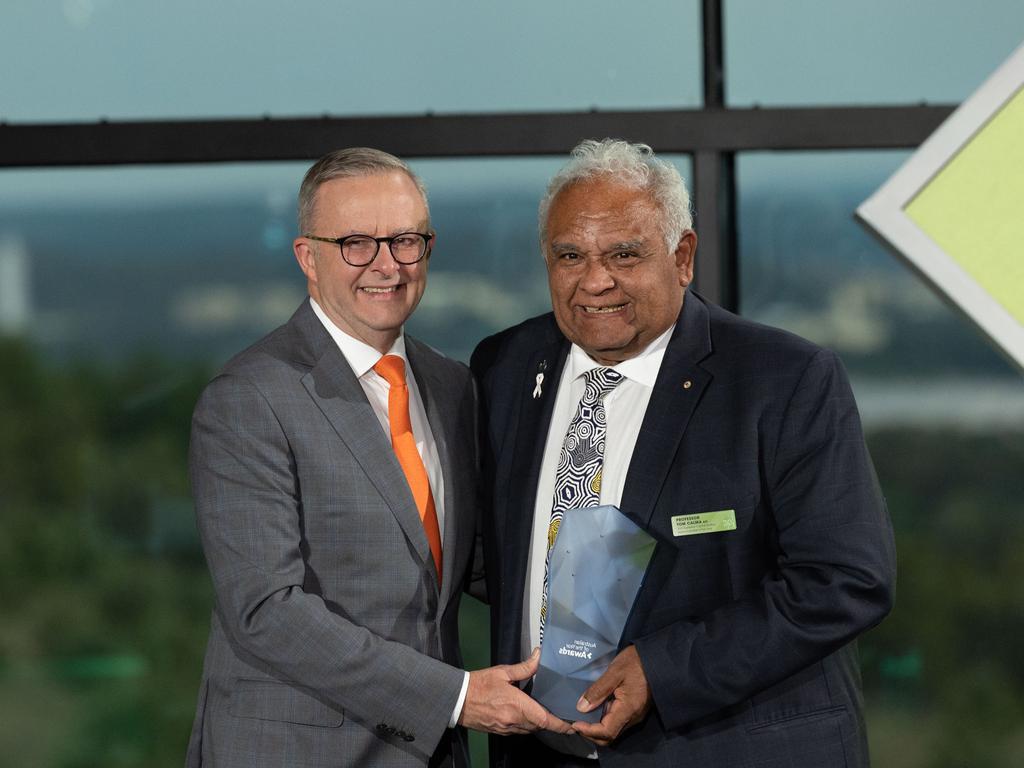 The Greens look set to be divided over the issue after the party’s First Nations spokeswoman Lidia Thorpe said she was willing to break ranks to vote against it unless Labor agreed to a number of other demands.

Speaking to reporters after accepting his award on Wednesday evening, Professor Calma said he disagreed with Senator Thorpe’s position.

“For me, that doesn’t stand. You either support the Voice or you don’t support it,” he said.

Prof Calma suggested the fact the Greens in South Australia had voted in favour of a Voice there reflected that the party could do the same in another jurisdiction.

“We’ve seen a bit of resistance and it’s really, I say, a bit of bargaining going on with the Greens and particularly with Senator Thorpe in trying to achieve some other gains.”

The Albanese government is also yet to win over the federal Liberal Party on the Voice. 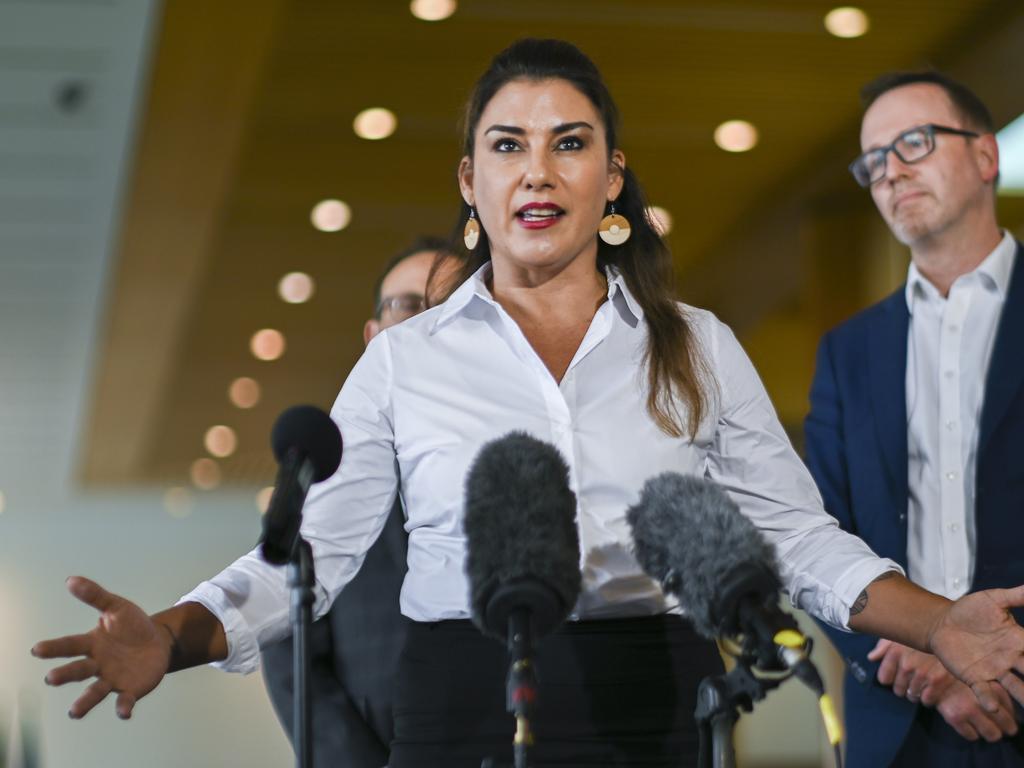 Greens Senator Lidia Thorpe has said she wants the government to guarantee Indigenous sovereignty will not be ‘ceded’ by the Voice to parliament. Picture: NCA NewsWire / Martin Ollman

Opposition Leader Peter Dutton has not followed the federal Nationals in rejecting it outright, but he has demanded more detail on how it would operate.

Prof Calma, who co-produced the Indigenous Voice Co-design report with Professor Marcia Langton after thousands of consultations over two years, had already rejected the idea the Coalition didn’t have the details.

He said on Wednesday he thought the debate over the Voice would “mature” to the point that its advocates could have meaningful discussions with politicians across parliament.

“There’s a bit of hoo haa going on at the moment, but that’s very politically driven,” he said.

“We’ve got to get beyond that and I suspect that that will happen in the not too distant future.”

The Australian of the Year Awards ceremony was held the day after Anthony Albanese flew to Alice Springs for an emergency meeting to address a wave of violent crime in the outback township.

The prime minister has ordered a snap review of the possibility of reintroducing opt-out alcohol bans across Central Australian communities in a move that may reignite debate over Indigenous self-determination.

Prof Calma said on Wednesday all tiers of government had the responsibility to address the issues besetting Alice Springs.

He said the Voice would be more than just a symbolic gesture, with a successful referendum to pave the way for similar advisory bodies to be established at state and local government levels.