If there was ever a way to tell Margot Robbie is in her element back home, it’s through her hair.

Tousled, understated, and in long beachy waves, the 32-year-old shed her usually-polished Hollywood red carpet tresses for something more … her.

Even in Versace couture at the Australian premiere of Babylon, Robbie continued her relaxed ’do – and she did the same at our interview the following day, where she sported a vanilla-coloured silk suit with bell-shaped cuffs, teamed with gold jewellery.

Yes, Robbie is a huge actress but in real life, she is nothing like her latest character in Babylon – as Nellie LaRoy, a chaotic, drug-addicted 1920s starlet trying to make it big in Hollywood. LaRoy wanted it all, Robbie has it already.

“She’s a very physically, emotionally draining kind of character to play,” Robbie said, of the role. 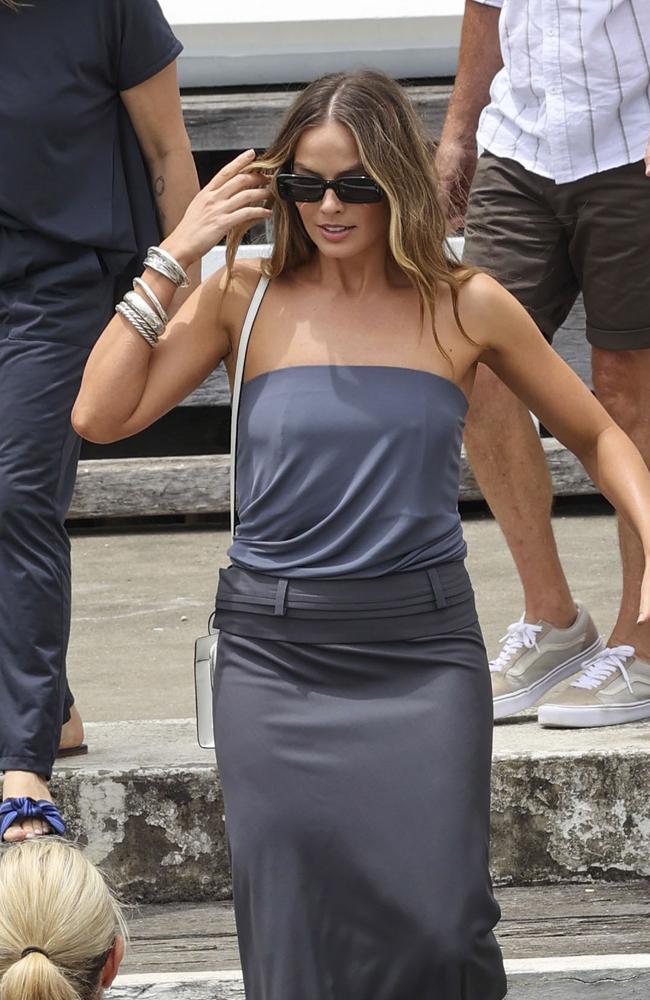 Wearing a strapless Christopher Esber dress, Margot Robbie has been in Sydney this week for her latest movie, Babylon. Picture: MEDIA-MODE.COM

“To be honest, it wasn’t that hard to keep energy levels up on a film set like Babylon because you could feed off everyone else’s energy, it wasn’t like doing – what I imagine – a very, like, blue screen or CGI-heavy film would be, where you have not that much to go off.

“Doing a party scene, you can’t help feed off the energy of the room.”

Robbie is referring to a particularly memorable scene in Babylon, featuring sex and coke-fuelled debauchery – and on set, Oscar-winning director Damien Chazelle (of La La Land fame) created a wild environment with no windows or sense of time.

“(Chazelle) transports everyone in that scene to what you’re doing,” Robbie said, of shooting.

“You had music playing all the time and the general chaos of a film set is pretty energising in itself,” she said, adding: “When we were getting really tired, they’d put on Firestarter (by The Prodigy) and we’d be like, ‘ah! We’ve got to go again.’” 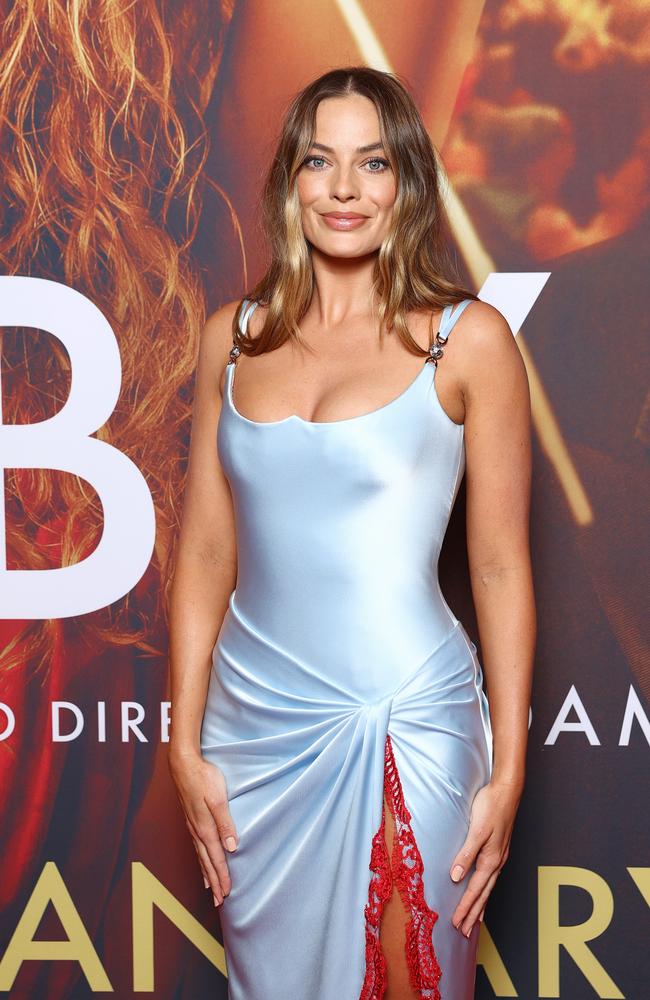 Margot Robbie in Versace at the Australian premiere of Babylon, held at the State Theatre. Picture: Getty Images for Paramount Pictures 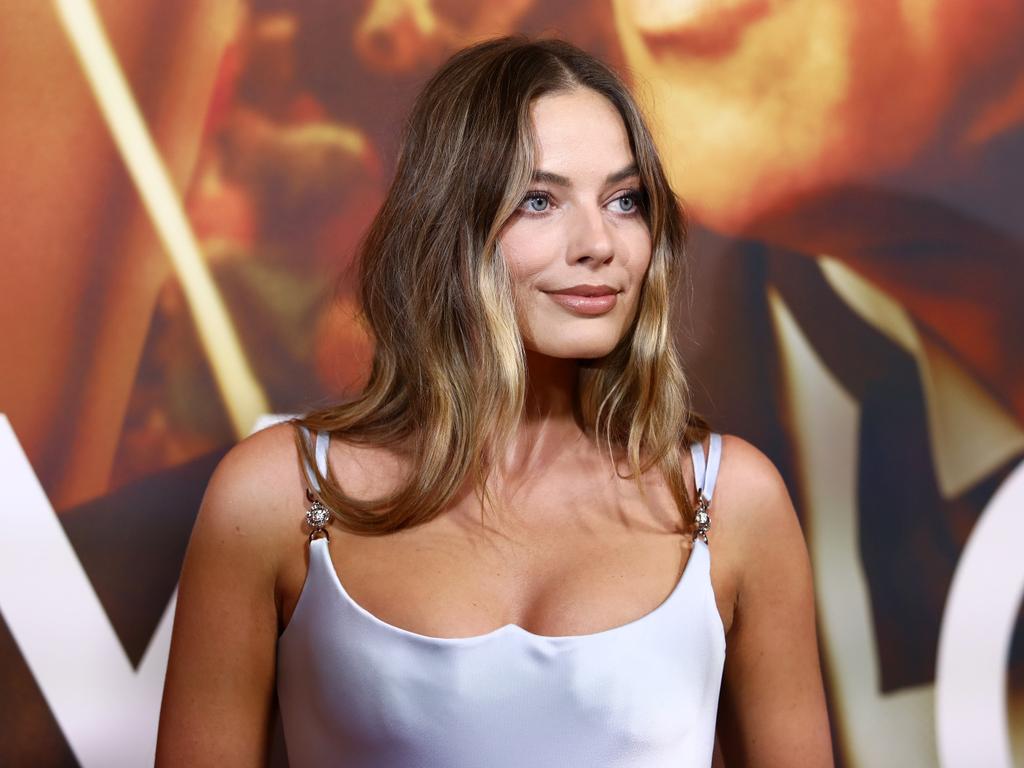 “You don’t become a star – you either are, or you ain’t,” Robbie says as Nellie, in one of Babylon’s opening scenes.
But Nellie finds the fame she was so desperately chasing, the harsh reality of it is very different to her fantasy. And Robbie admits the reality of Hollywood isn’t always what you’d imagine.

“There are so many things where it differs from what you ever imagined,” Gold Coast-raised Robbie said.

“When you’re making a movie, you’re working with hundreds of people and it’s like going on summer camp – and you all become so close. And you’re all in it together and there’s something really, I don’t known fulfilling and good for your soul about having a shared objective with a group of strangers.

“You all want the same thing and you’re all working together to achieve a common goal, and that’s what making a movie is – it’s hundreds of people doing what they do, really well, and doing it together and working together to make something special. I think that’s the biggest difference, especially for people who aren’t in this industry might not realise just how many people it takes to make a movie.” 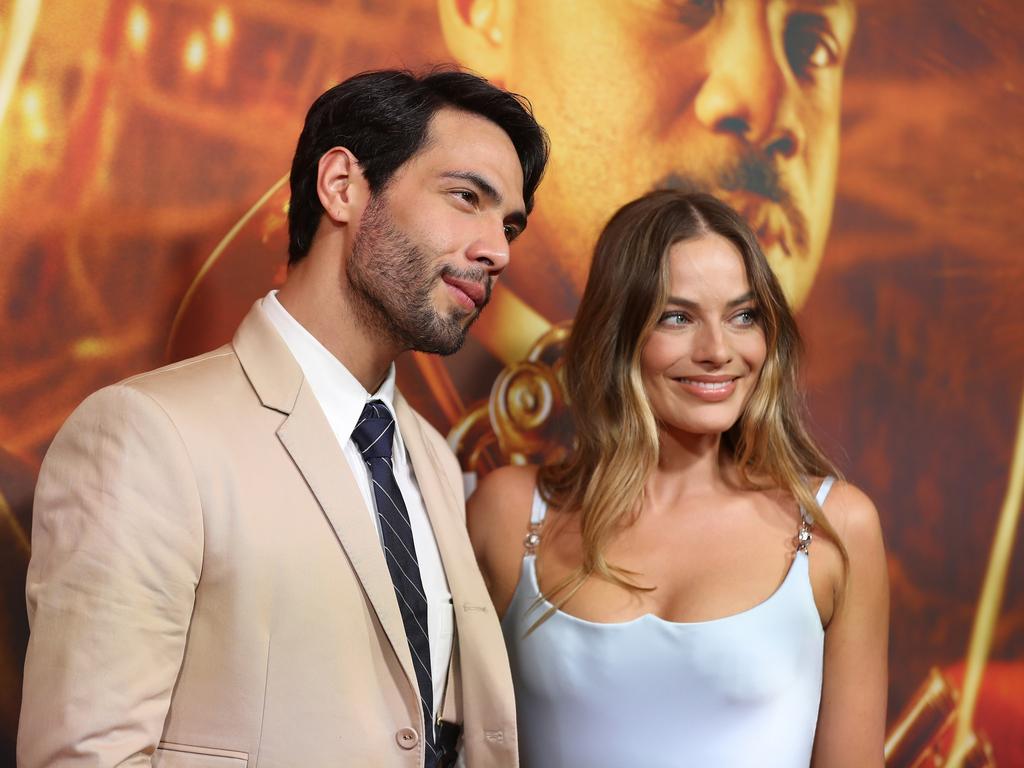 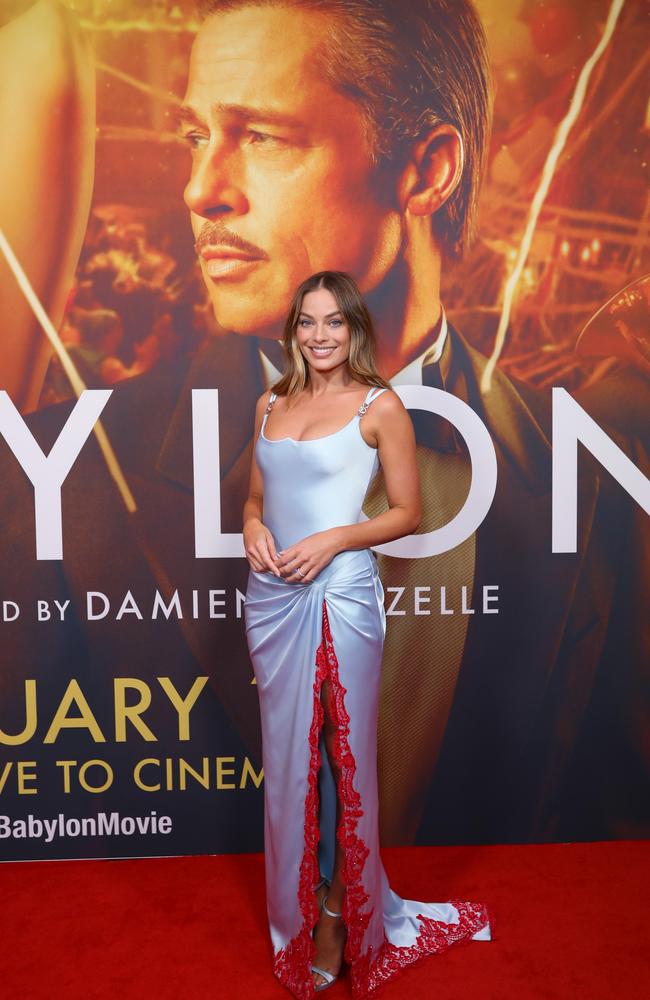 Margot Robbie stars in Babylon, out in Australia on Thursday. Picture: Getty Images 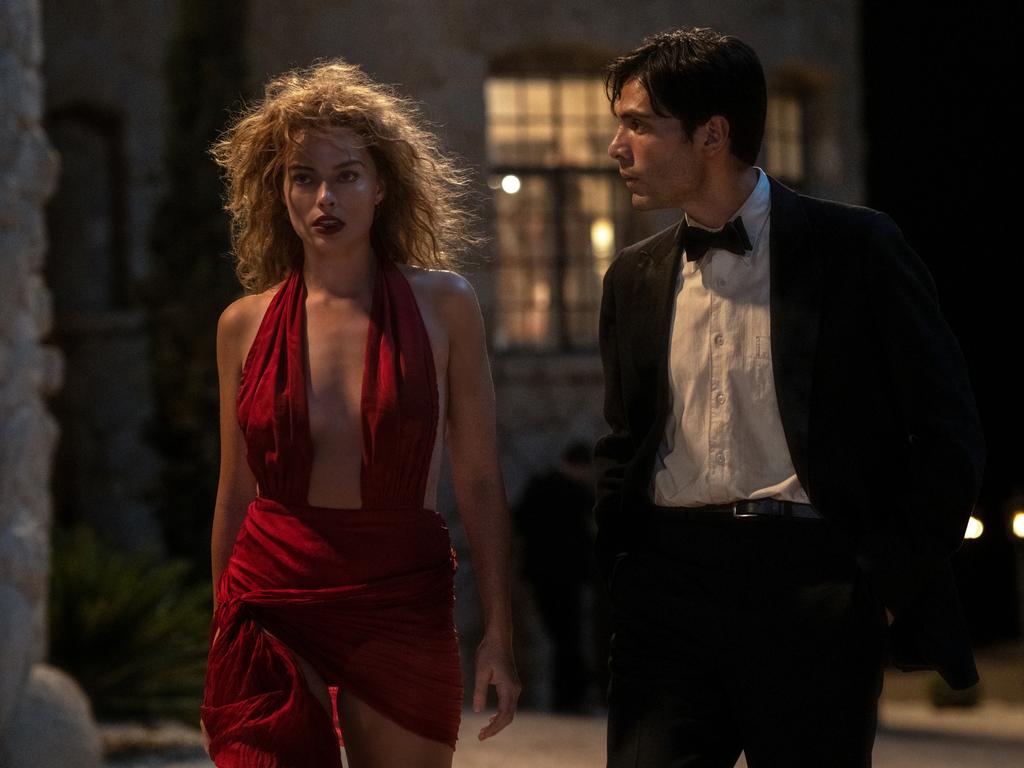 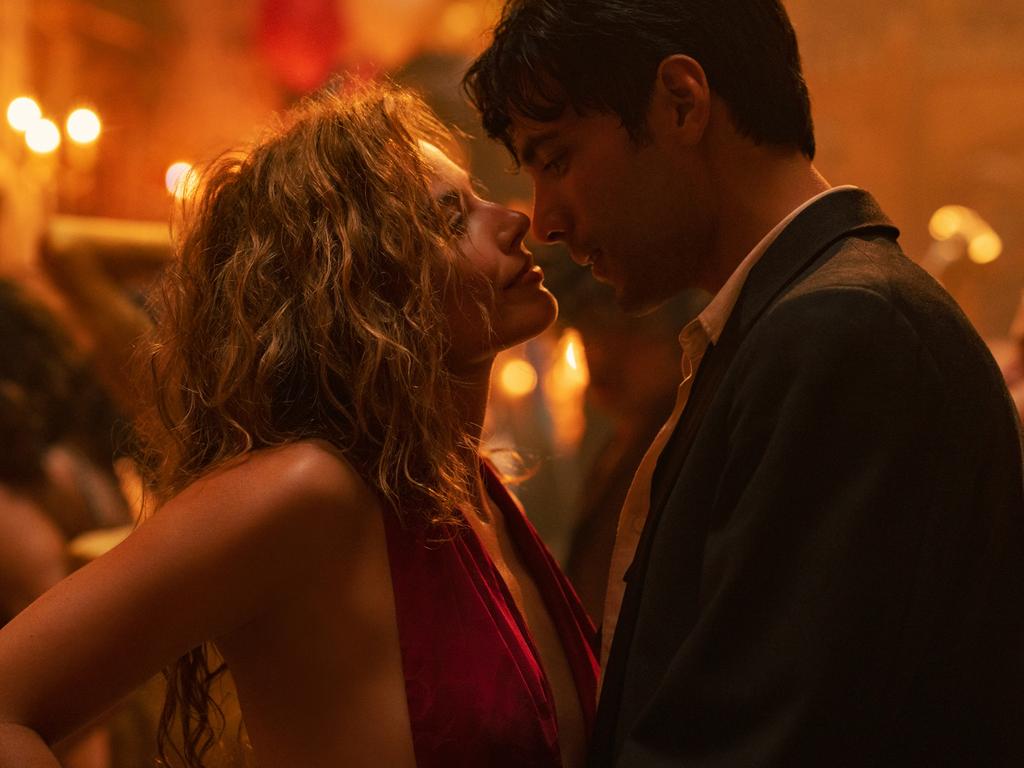 Bablyon explores the darker side to Hollywood in the 1920s. Picture: Paramount

Robbie and her co-star Diego Calva – who joined her in Sydney this week – became close friends during the Babylon shoot, with Calva, 30, moving into the home Robbie shares with her husband, Tom Ackerley.

“We were in the middle of shooting and I was getting like lonely, we were in that tricky spot and it was really helpful,” Calva says.

Robbie chimes in: “And it was helpful for me because Diego and I pretty much co-parented my pitbull … he loves my dog, my dog loves him”.

“So to like share the load it was really nice to have a roommate to help me take care of Belle.

“I’m a little bit jealous because she definitely loves Diego more than me.” 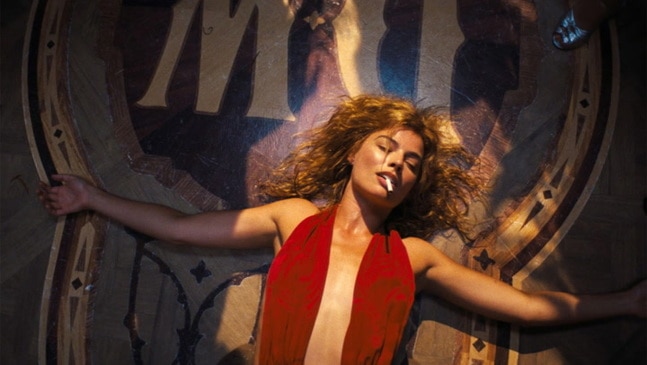 While the pair explore the darker side of Hollywood – including racism, sexism and homophobia – Robbie says the reality of being a modern day actor is very different to the era of Babylon. For one, Robbie isn’t just an actor, she is building a fully-fledged Hollywood empire in her own right via her production company LuckyChap Entertainment, including the upcoming Barbie movie, in which she stars and is an executive producer.

“I think we’re very fortunate to exist in a very different place now. Obviously, definitely far from perfect but back then, it was just … pretty horrible (in the 1920s),” Robbie said.

“On the flip side, there were tonnes of female directors back then. In some ways, we’ve taken steps back and other ways, taken steps forward,” she added.

“A female director was totally common place at that time. Once the movies became a commodity, that’s when the dudes came in and pushed the women out. But we’re coming back around again.”

Babylon is out nationally on Thursday. Read more from Stellar here.