Two men have been hit with an array of charges following a dramatic arrest in a Hungry Jack’s drive-through in Darwin.

Footage of the arrest went viral on social media after plain-clothed officers, including one wearing a Centrelink singlet, pointed guns into the vehicle, which was stopped at the fast food restaurant.

The pair, aged 30 and 31, were arrested on Thursday and have been hit with 20 and 13 charges respectively after spending the weekend in custody. 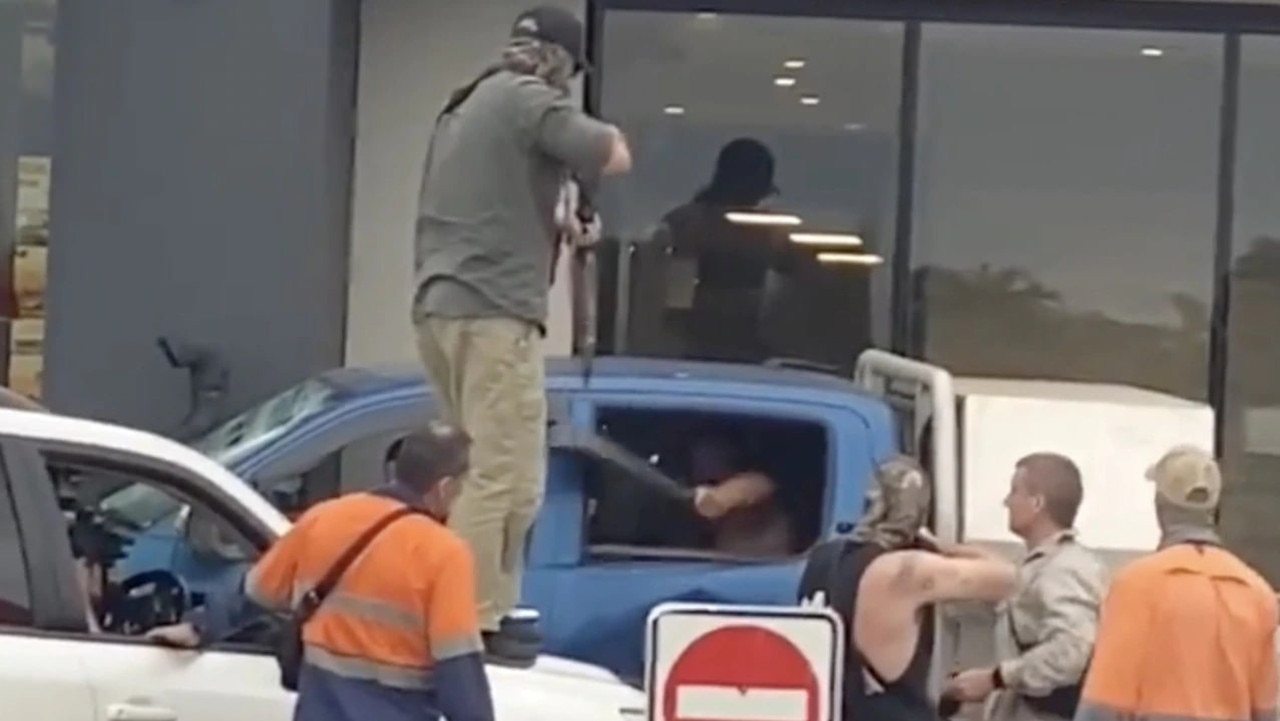 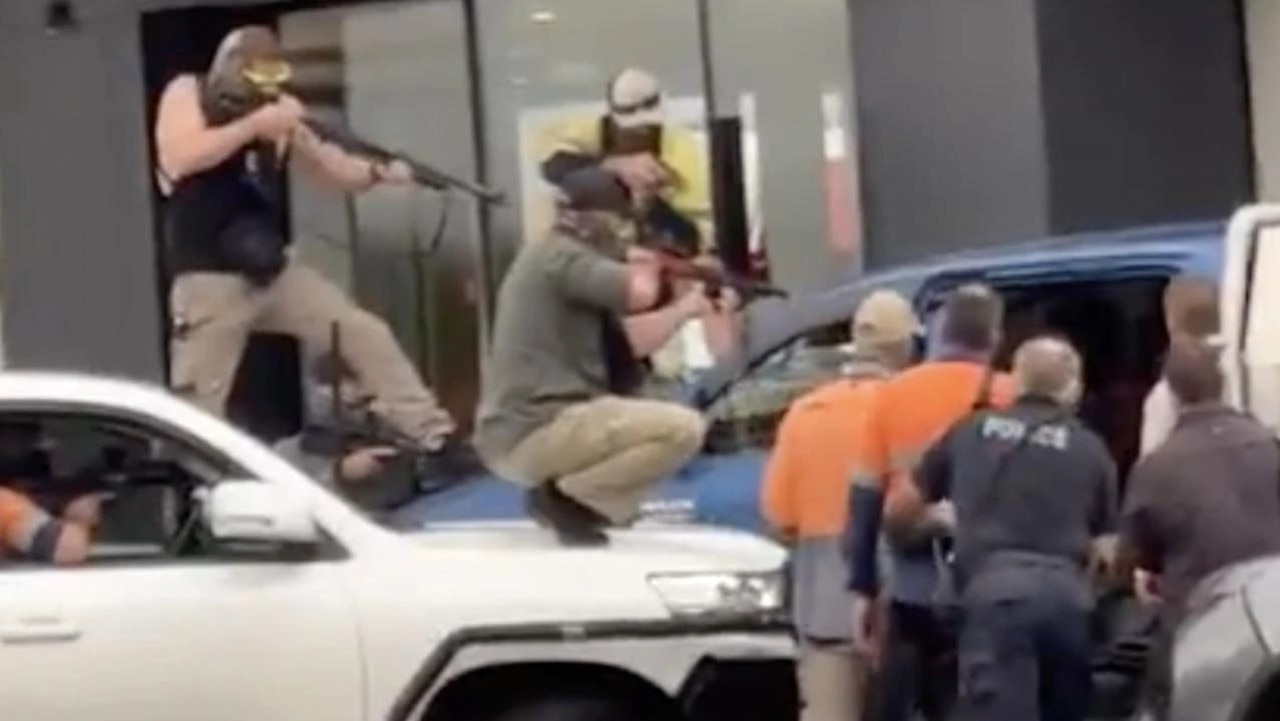 The 30-year-old man was at the centre of investigations with police alleging he had threatened people with a crossbow and a shotgun at a Palmerston home that morning before allegedly driving dangerously through Darwin’s northern suburbs.

He had allegedly breached his parole two days before by failing to submit for a drug test.

“A plan was then implemented to apprehend that particular individual as safely as possible. 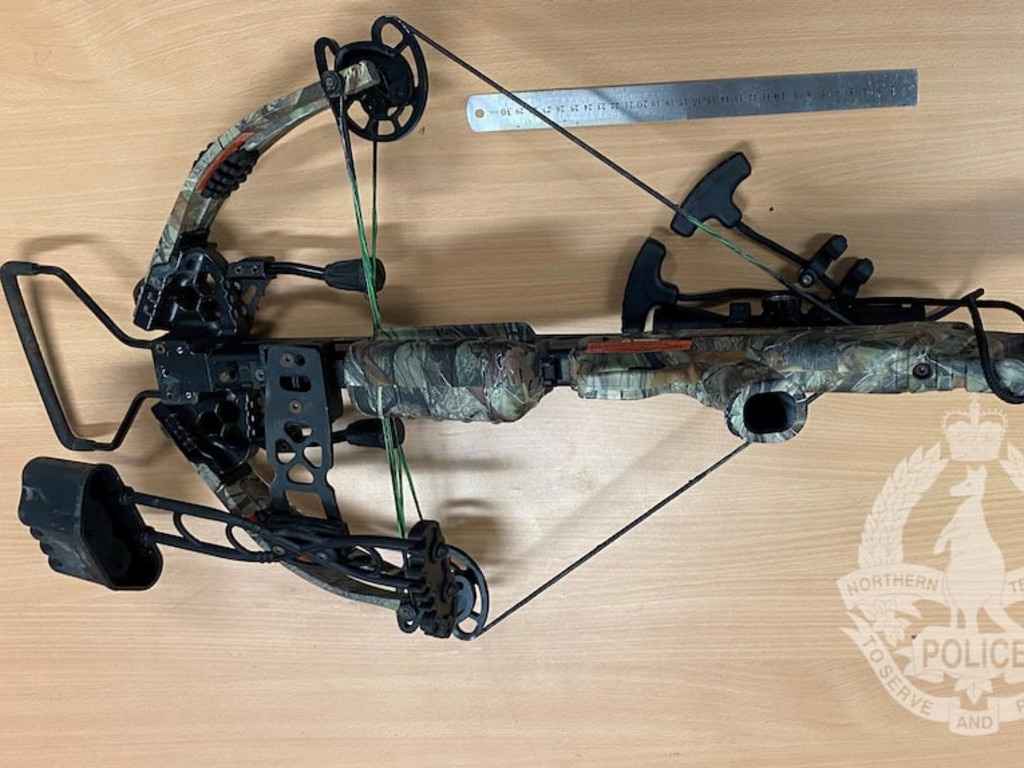 Police seized a crossbow after arresting the pair. 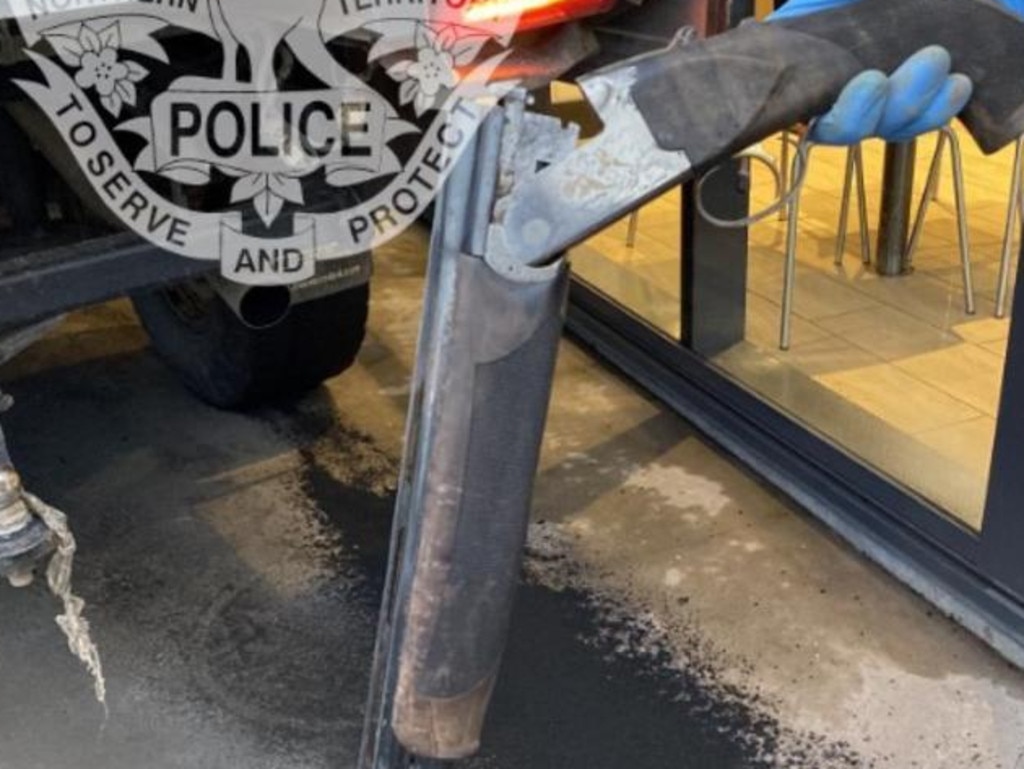 As well as a shotgun they allege was used to threaten residents in Palmerston.

“This was deemed a high risk operation due to the presence of the weapons.”

He has been charged with offences including seven counts of aggravated assault, being armed in public, possessing a firearm unlicensed and two counts of criminal damage. 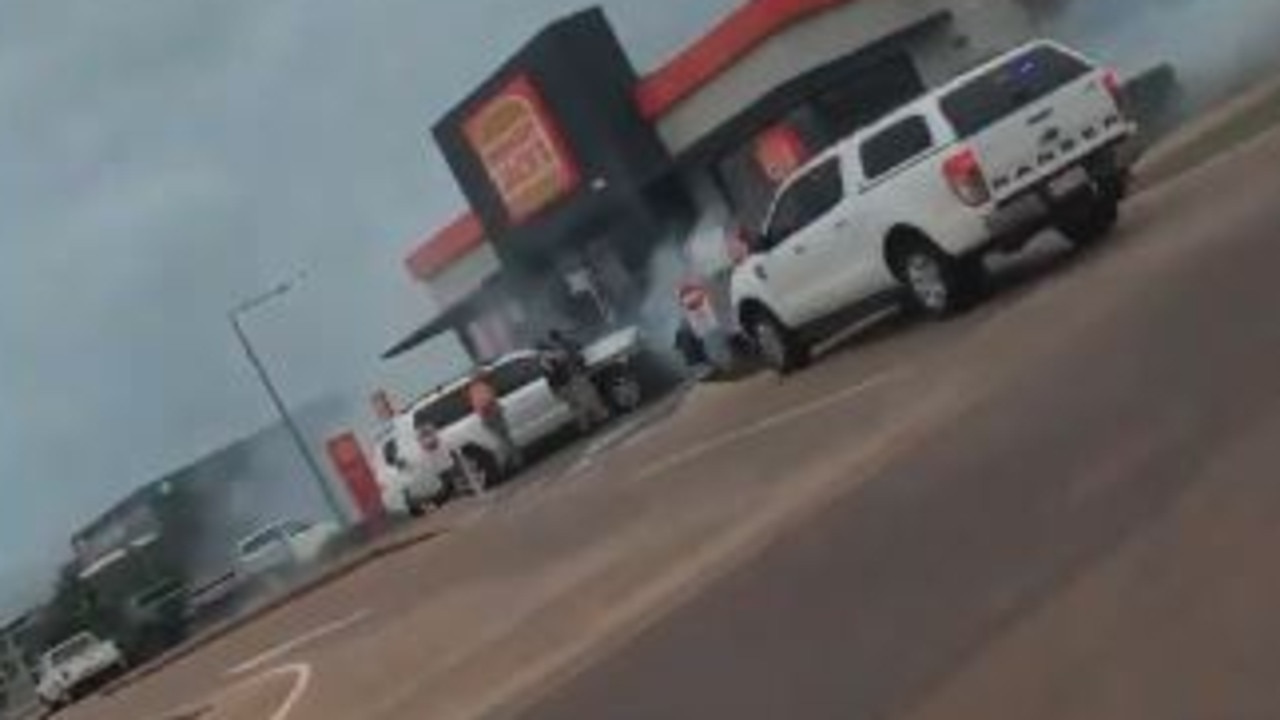 Dramatic footage of the bust at the Hungry Jacks drive-through went viral.

Police say the officers were in plain clothes to avoid escalating the behaviour of the pair, with beanbag rounds, tasers and capsicum spray used in the arrest.

They allegedly found a crossbow, a shotgun, knives and “drug paraphernalia” in the car.

Both men have appeared in Darwin Court today.