“No one’s saying anything,” my best friend tells me down the line from Melbourne’s ultra-left enclave of Northcote. “People have stopped talking about politics.”

As our mothers always told us, if you can’t say anything nice about someone don’t say anything at all. And if they’re not saying anything in Northcote that is a very bad sign for Dan Andrews.

Another Labor mate of mine in Melbourne is sensing a similar eerie chill.

“Got a weird feeling about the election down here, and not a good weird,” he said. “Something seems off — mates who I talk to in the campaign sound edgier every day. It’s even passed the ‘Thank God they chose Matthew Guy’ stage …”

A recent survey from the Labor-aligned Redbridge group suggests the ALP could lose 12 seats and a majority government. An early exit poll in Andrews’ own safe electorate of Mulgrave suggests his independent challenger could even steal the Premier’s seat. 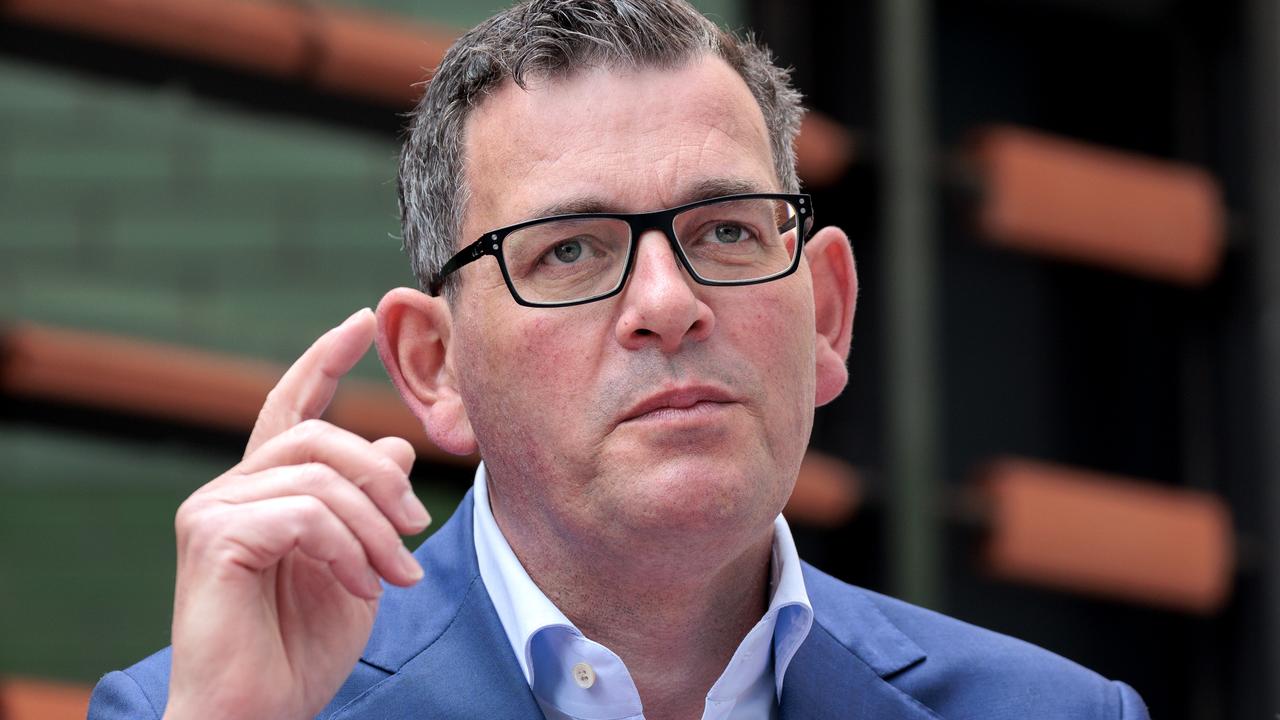 Daniel Andrews looks to be in for a fight to keep his safe electorate of Mulgrave. Picture: NCA NewsWire / David Geraghty

All of this may be wishful thinking by Andrews’ opponents. Indeed, some of it may have been strategically leaked in order to shore up Labor votes by raising the spectre of a shock Liberal win.

But that’s certainly not the case with the straw polls conducted by my two mates, both of whom are Labor to their bootstraps.

Tellingly, we are seeing a similar phenomenon in New Zealand, perhaps the only jurisdiction in the Western world that went as hard as Victoria with lockouts and lockdowns, and where

Labour PM Jacinda Ardern — once the toast of the progressive left — is fighting for her own political life.

And it is almost certainly the aggressive overreach of both leaders in punishing their citizens during the pandemic — once a sign of their strength — that will prove their greatest weakness.

Now that the scales have lifted from people’s eyes about some of the cruel and futile measures imposed upon them — the closure of schools and playgrounds being the most egregious — Covid heroes have quietly morphed into Covid villains.

And it seems Melburnians are so traumatised by having been the world’s most locked-down city they simply want to erase the memory of it.

“It’s too traumatic and too polarising,” my best mate says. “Him being there is the embodiment of Covid. When you think of Covid you think of Dan Andrews and we just don’t want to see him anymore — regardless of the fact the Liberal opposition have nothing going for them.”

If all this is from two guys who will still be voting Labor, just imagine what the rest of the electorate is thinking. 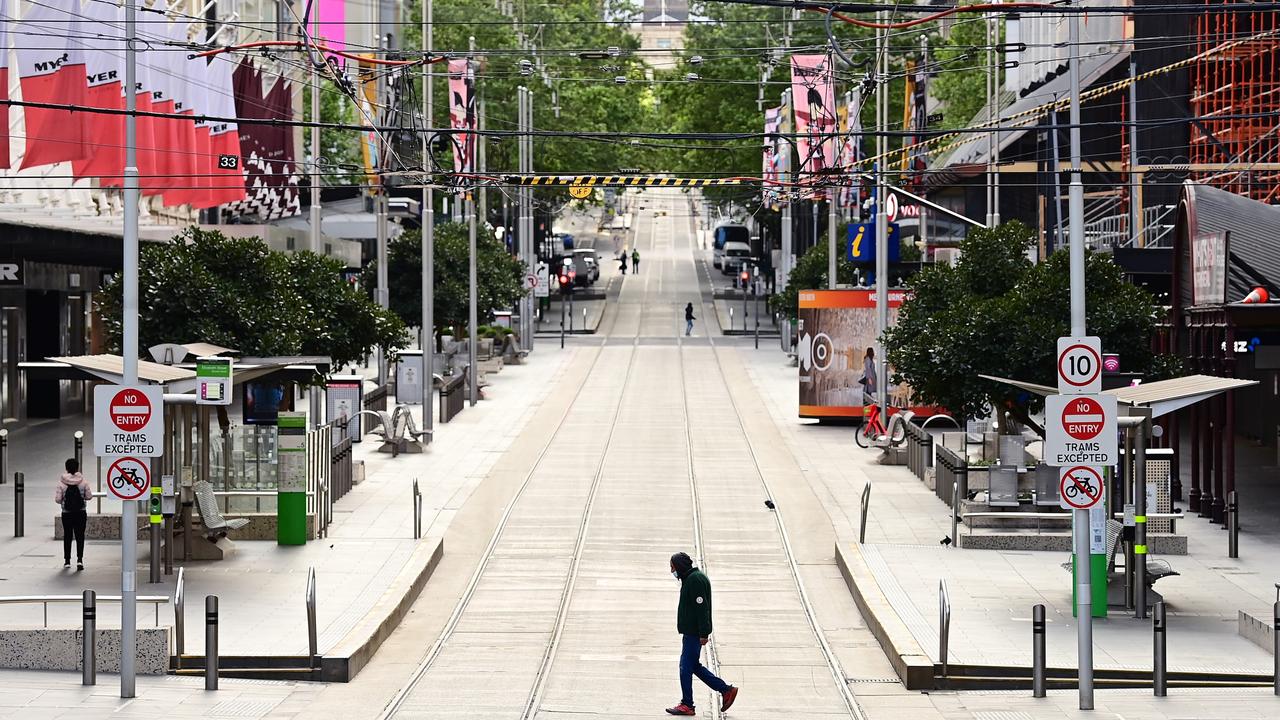 Tough Covid lockdowns have not been an easy thing for Melburnians to forget. Picture: Quinn Rooney/Getty Images

It also explains why election sightings of the popular PM Anthony Albanese — a supposed Andrews ally — have been rarer than the Penrith Panther.

The irony is that Daniel Andrews has latterly had a Damascene conversion to the ranks of the Covid sensible. He has recently declared that the age of “Covid exceptionalism” is over, ruling out a return to restrictions and sidelining his hapless Chief Health Officer Brett Sutton.

This is welcome but it may be too late. The stern image of Andrews as the architect of lockdown suffering is impossible to shake.

As my friend more succinctly puts it: “The face of Dan Andrews is the face of Covid.”

Thus even those who think he may have done the right thing at the time now simply want to put that time behind them, much as the British people said “Ta very much!” to Winston Churchill for defeating Hitler and then voted in Clement Atlee in 1945.

the government and that embarrassment can only be cleansed by a cauterisation of the wound.

As the Shergold report comprehensively showed, lockdowns and school closures were excessive and wrong, and yet Victorians understandably find unbearable the thought that they suffered for nothing. Thus the sense that they need to quietly bury that chapter of their lives and the Andrews government with it. 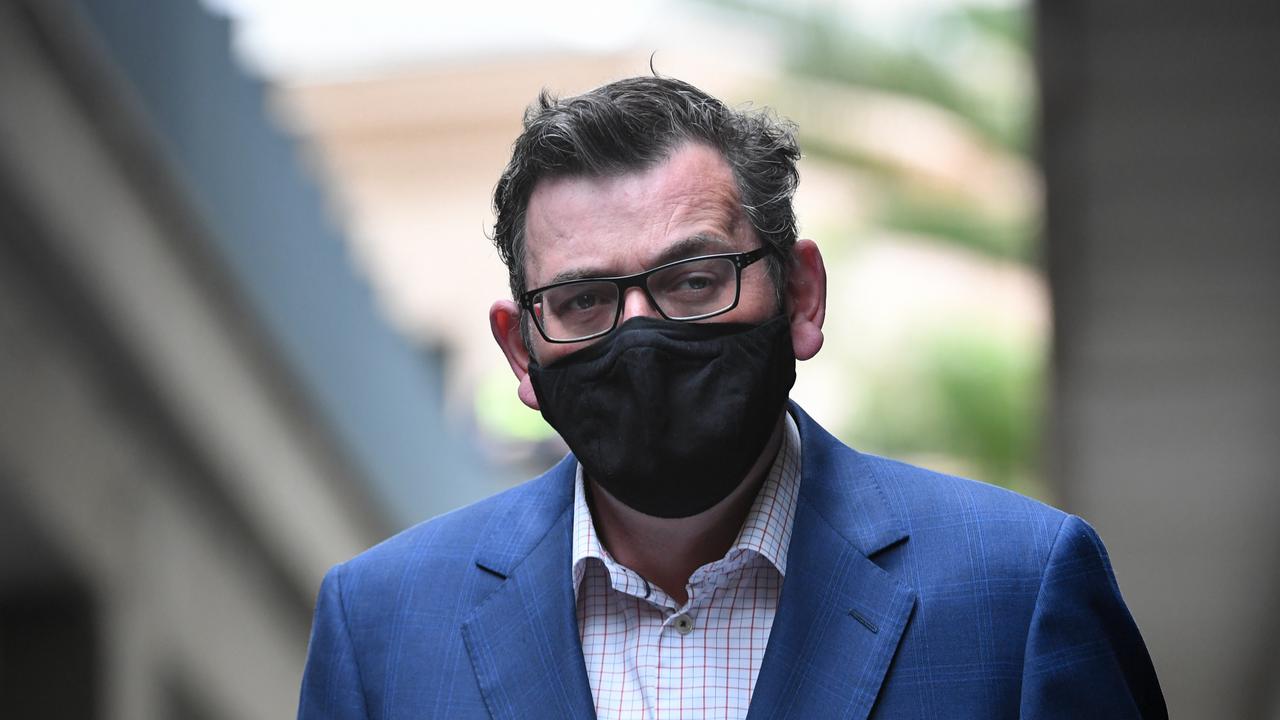 ‘The face of Dan Andrews is the face of Covid.’ Picture: NCA NewsWire / Penny Stephens

“We’re suffering from cognitive dissonance,” my friend says. “Andrews is a reminder of the pain and even the humiliation of being locked down. Of possibly being wrong.”

And a reminder that this is a Labor man talking here, as are virtually all my Melbourne mates. And me for what it’s worth.

Meanwhile in Mulgrave an anti-Dan candidate appears to be actually in the race. It seems the much celebrated “Independents Day” wave has jumped the tracks and that Teal-fuelled fervour against the previous federal Coalition government has energised a similar revolutionary zeal against the current Victorian Labor one.

Justice or not, that would certainly be poetic.

Yet the defeat of Daniel Andrews would in many ways be a shame. His groundbreaking plan for free universal preschool — forged in concert with the uncanny NSW Premier Dominic Perrottet — is the single most important policy any government could enact. And his suburban rail loop is a vital social and economic matrix I have been dreaming of ever since I was a kid growing up in Dandenong.

Andrews’ sins are many, and for many unforgivable. But another bloke with a messiah complex died so that sins could be forgiven.

Tonight we will learn if Saint Dan shares His fate.