Two men have died after a police pursuit ended in flames on a major Sydney motorway.

Just before 12.30am on Tuesday, highway patrol officers were patrolling Centenary Drive in Strathfield when they attempted to stop the driver of a silver Audi who was speeding.

When the driver failed to stop, police began chase but the driver crashed while heading into a sweeping bend on the southbound on-ramp to the M4 Motorway in Homebush.

The vehicle collided with the railing at speed and dropped off the side onto its roof before it exploded in flames.

#BREAKING: Two people are dead and a critical incident has been declared after a police pursuit went horribly wrong in Sydney. @Gabrielle_Boyle#9Newspic.twitter.com/nxQAEyZQgv

Police and members of the public attempted to rescue to the driver and passenger, however, they both died at the scene.

The pair are yet to be identified.

“If you are speeding and you are detected by the police it is far easier to stop and accept the consequences of your actions.” Police at the scene of a double fatal crash. Picture: John Grainger 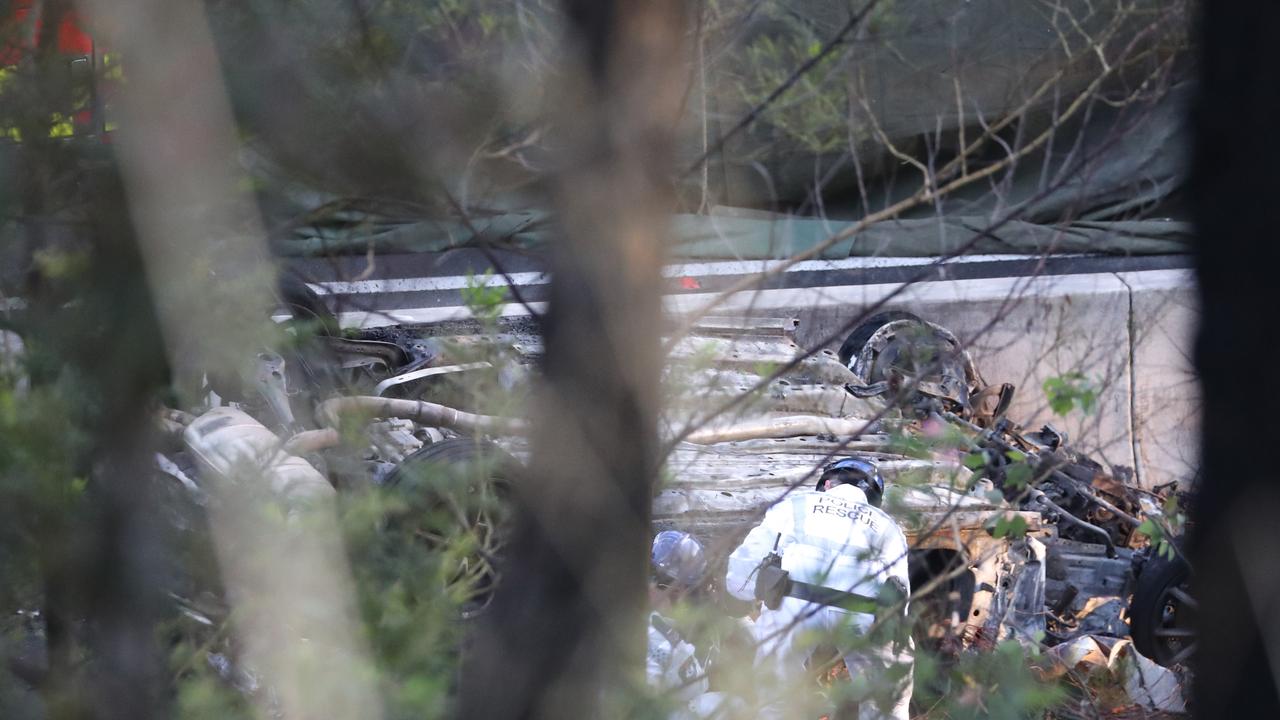 The vehicle rolled onto its roof and became engulfed in flames. Picture: John Grainger

A critical incident team will investigate the circumstances of the crash.

NSW Police said the investigation will be subject to independent review.

The crash has closed one of three westbound lanes on the M4 at Homebush Dr.

Motorists are advised to use an alternative route.