Commonwealth Bank has turned heads after announcing that it will boost the introductory rate on its popular NetBank Saver; however, experts warn there’s a major catch.

CBA has boosted the rate by 0.25 per cent to reach 4.0 per cent, the highest introductory rate of all the big four banks, but it plummets to an ongoing rate of 1.60 per cent after five months.

The move is “out of step” with the Reserve Bank’s recent rate hikes and an effort to attract new customers according to Canstar group executive of financial services Steve Mickenbecker. 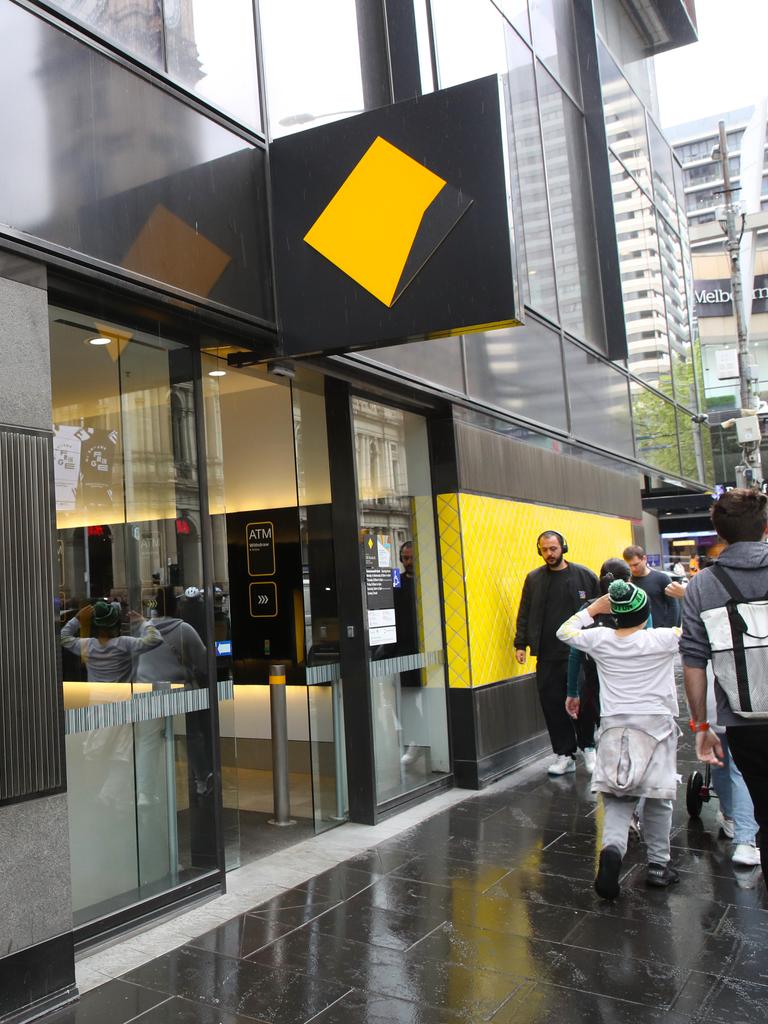 “CommBank’s increase to its savings rate out of cycle with Reserve Bank rate rises gives savers a long-awaited glimmer of hope,” he said.

“If the biggest bank in the country is chasing savings, maybe the worm is turning and savers might expect their share of future increases. The banks have been awash with savings, but the time was always going to come when they would have to start competing for deposits.”

It may be a sweet deal, but new customers should be aware of the 2.40 per cent drop after the honeymoon period, according to RateCity research director Sally Tindall.

“At 4 per cent, CBA’s new introductory rate is designed to turn heads, but customers would do well to read the fine print,” she said.

“After five months, the rate falls through the floor – an almighty caveat that is likely to catch some customers out.” 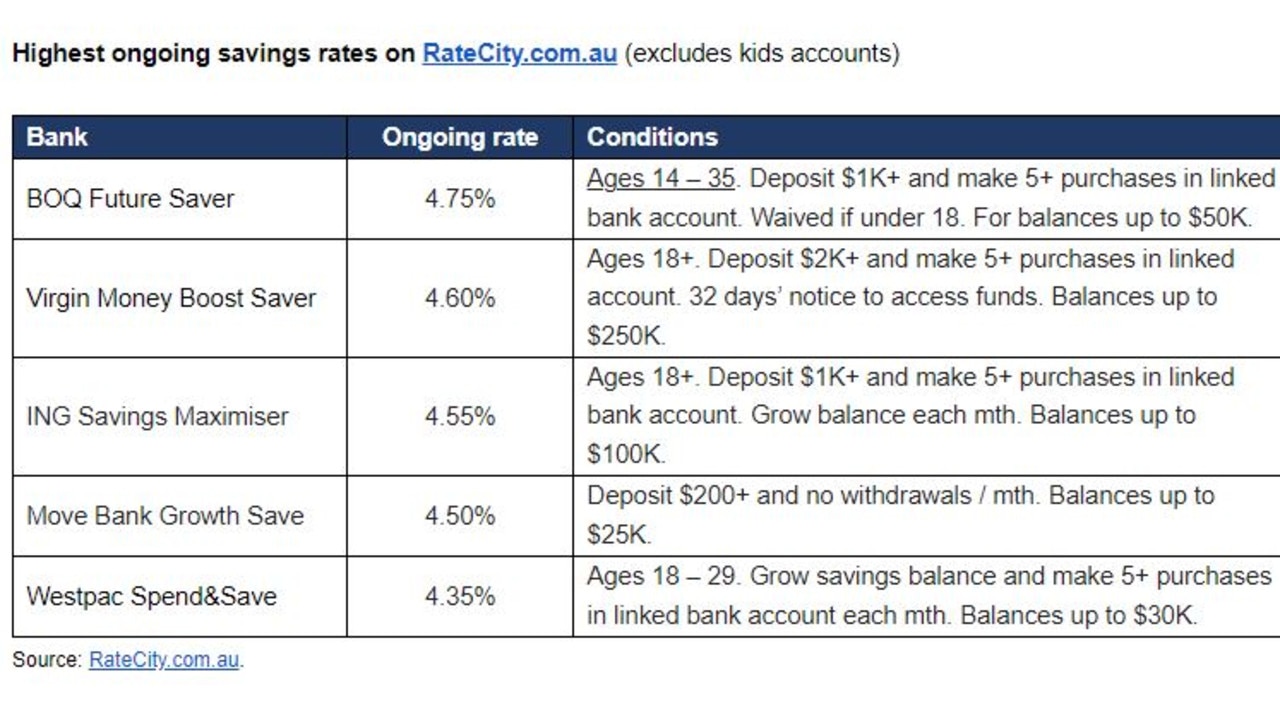 It’s “prime time” for savers to start looking around for the best deal to maximise their cash, according to Ms Tindall.

“If the bank isn’t willing to give you the new customer rate, then it could be time to take your hard-earned savings down the road to a competitor that is willing to reward you,” she said.

Bank of Queensland’s Future Saver tops the list of highest ongoing savings with a 4.75 per cent rate, according to RateCity, followed by Virgin Money’s Boost Saver (4.60 per cent) and ING’s Savings Maximiser (4.55 per cent); however, all of these accounts come with monthly terms and conditions.

For those who don’t want to worry about monthly terms and conditions, ANZ and Bankwest top the list with a 3.75 per cent rate.

Westpac’s Life account tops the list for the major banks, with a 3.75 per cent rate, followed by CBA’s GoalSaver and NAB’s Reward Saver, which both have a rate of 3.25 per cent.