Turia Pitt has revealed the heartbreaking find she made while attempting to sift through her medical records.

She told the listeners of her podcast Turia Pitt is Hard Work that she had been attempting to get her nose fixed so she can properly breathe out of it for the last decade.

Pitt recently saw a surgeon who said it couldn’t be done, so she asked her doctors to send her medical records from the last decade.

Boxes turned up at her house and she began to shift through them night after night in a bid to find any information pertaining to her nose. 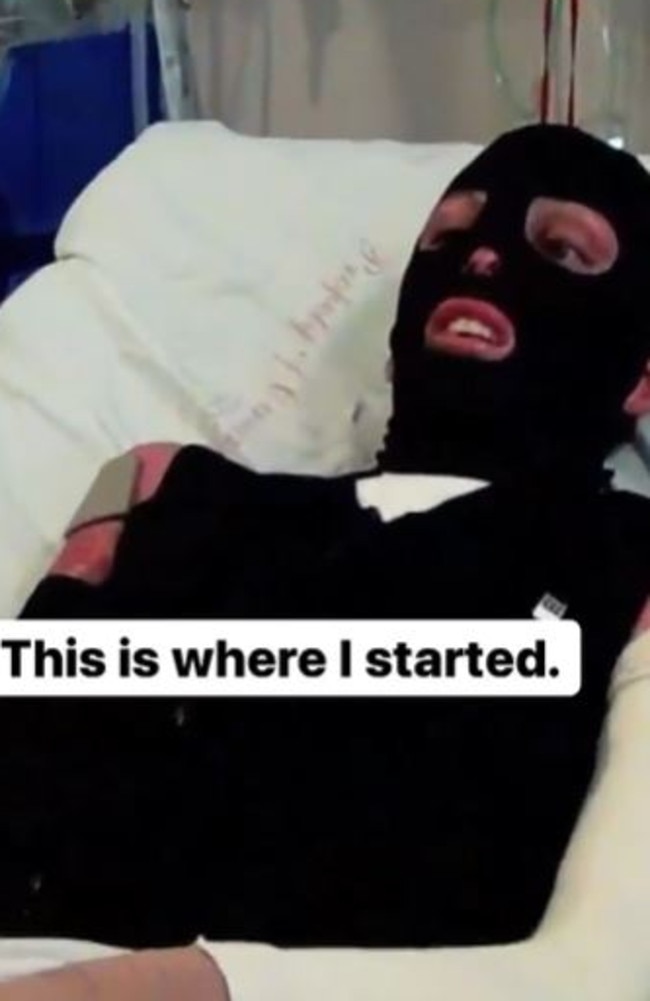 Turia Pitt found photos of herself in the hospital. Picture: Instagram/Turia Pitt

Among the files she found a USB – but had no idea what she would find after she plugged it into her computer.

Once she did, she found a file called photos.

“So I click on that and there’s a folder with dates on the photos, and the date of my accident was on the September 2nd, 2011, and there are photos in that folder which are dated September 4th, 2011,” she told her listeners.

“I knew it would obviously be very confronting for me. Now, do you think I stepped back, took a couple of deep breaths and thought about it a little more, or do you think I just f***ing double-clicked?”

She said the folder had images of her in hospital, looking swollen, with parts of her skin that had now been grafted looking as it had been before the fire.

There was also images of her bloody hands, which has been partially amputated.

Pitt said she looked half of what she used to look like, and partly what she looks like now.

It was 10pm, her family was asleep and she was beside herself. She slammed her laptop shut and picked up her son, who was just 10 months old at the time and crying, and grounded herself.

After that, she made her bed on a couch and just watched television until 5am when she decided to go to the gym. 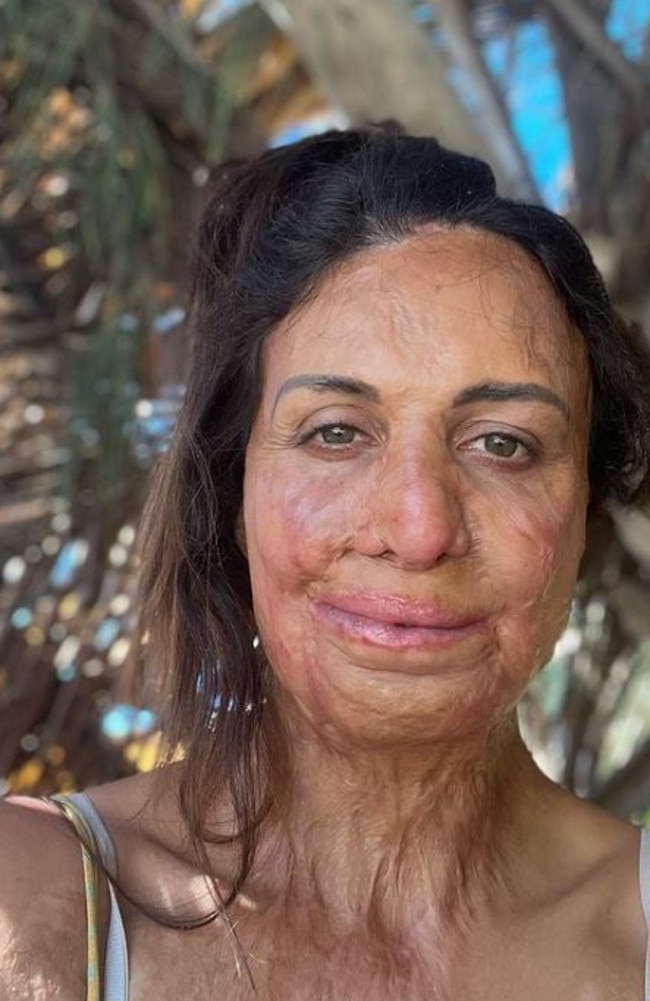 When she finished the gym, she cried in her car as she drove home. She decided to keep going through the motions until everything came to a head two weeks later when she called the psychologist.

“She’s amazing, she came over, we sat down and we looked at the photos together, which she said was important because I may have built it up in my head to be worse than it was,” she said.

“Turns out they were really bad but it was good she was with me and supporting me. We spoke about each of the photos.”

She said the reason it had upset her so much was because, for her, she was injured and had woken up in hospital a month later with a new body.

“I had gotten used to this new body, and this is who I am now, but it was upsetting because I saw old Turia and new Turia at the same time,” she said.

She said it was confronting as it mentally put her back in the hospital.