As Alice Springs’ horrifying crime crisis grips the nation, a debate is raging over what’s really going on.

Under the new rules, takeaway sales of alcohol will be banned on Monday and Tuesday and further restrictions will apply on the other days between 3pm and 7pm.

People will only be allowed one purchase per day, with Northern Territory Chief Minister Natasha Fyles confirming the restrictions would be reassessed after three months.

Meanwhile, the NT government will work with the Commonwealth on a package to support children and families, with Mr Albanese also announcing funding for high visibility police operations, emergency accommodation and women’s services. 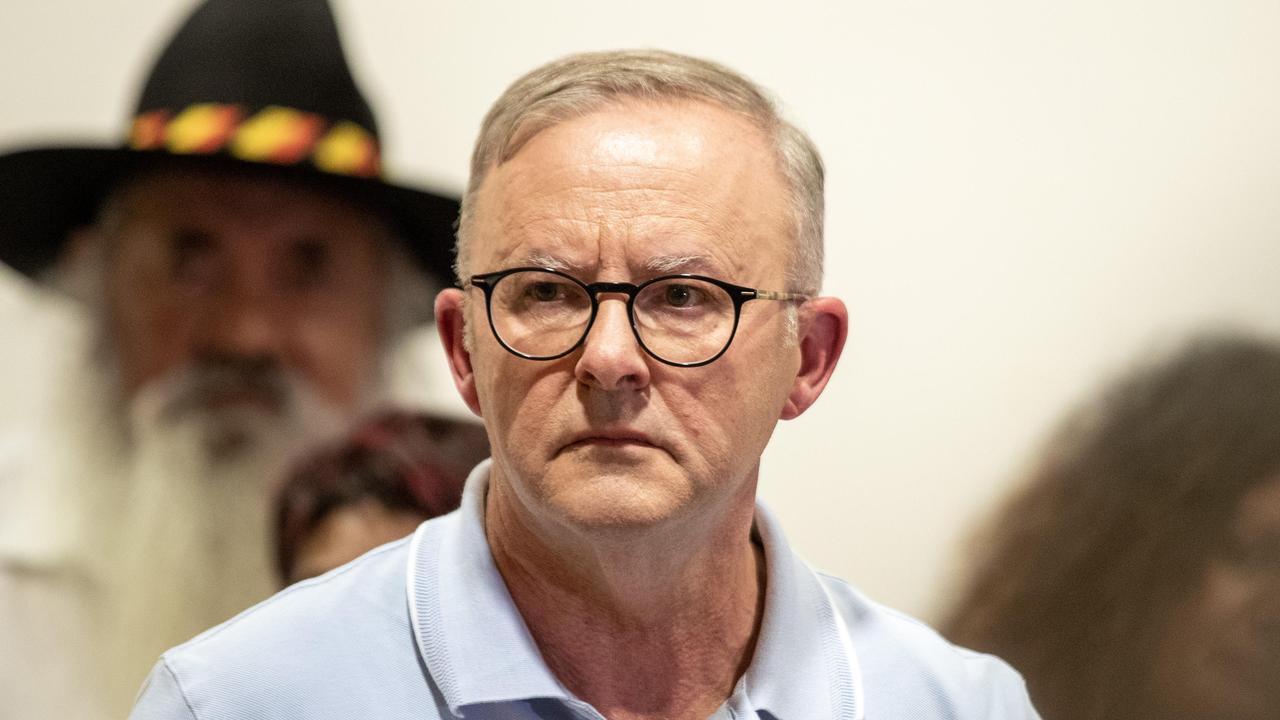 The tough new rules were introduced after days of headlines about the town’s youth crime crisis, with a local Woolworths store forced into lockdown earlier this month when a 13-year-old boy reportedly attempted to enter the store waving a machete.

As a result, the store – as well as other retailers around town – will no longer operate after nightfall in the interest of customer safety, sparking claims the town now resembled a “war zone” with residents “held hostage”.

Other businesses in the town have also been forced to put up concrete bollards to prevent ram-raids.

However, as the situation unfolds, claims have emerged that Opposition leader Peter Dutton has stirred up the crisis, supposedly for political gain.

Former independent MP Tony Windsor is one of many to have pointed the finger at Mr Dutton, accusing him of “dogwhistling”. 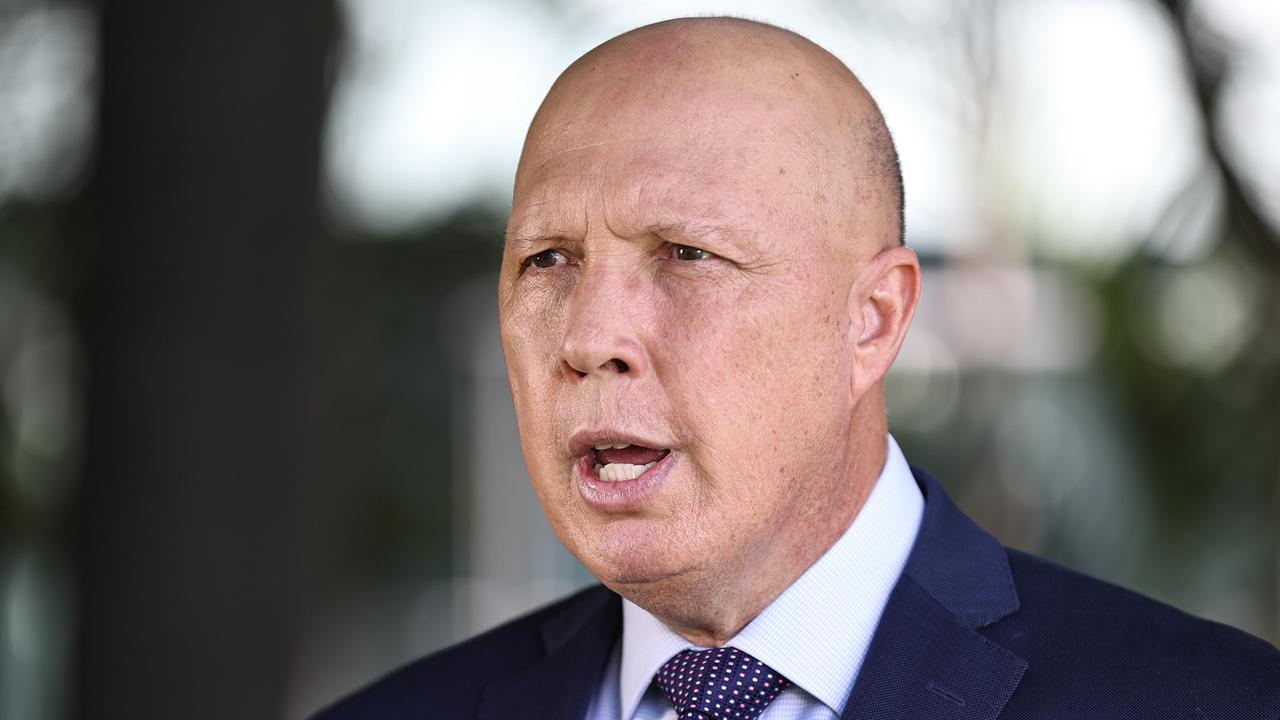 “As Howard played the refugee card, Morrison dogwhistled the Muslims until the NZ massacre, Dutton is now whistling the race card with Alice Springs as he did with black Africans in Melbourne,” he posted on Twitter.

“The Voice is bigger than tawdry politics. You should know better Peter.”

But the Coalition leader gained an unlikely ally in the ABC’s RN Breakfast host Patricia Karvelas, who pointed out trouble was brewing in Alice Springs long before our politicians got involved.

“Getting quite a few tweets and messages saying Peter Dutton constructed the crisis in Alice Springs. No,” she posted on Twitter. 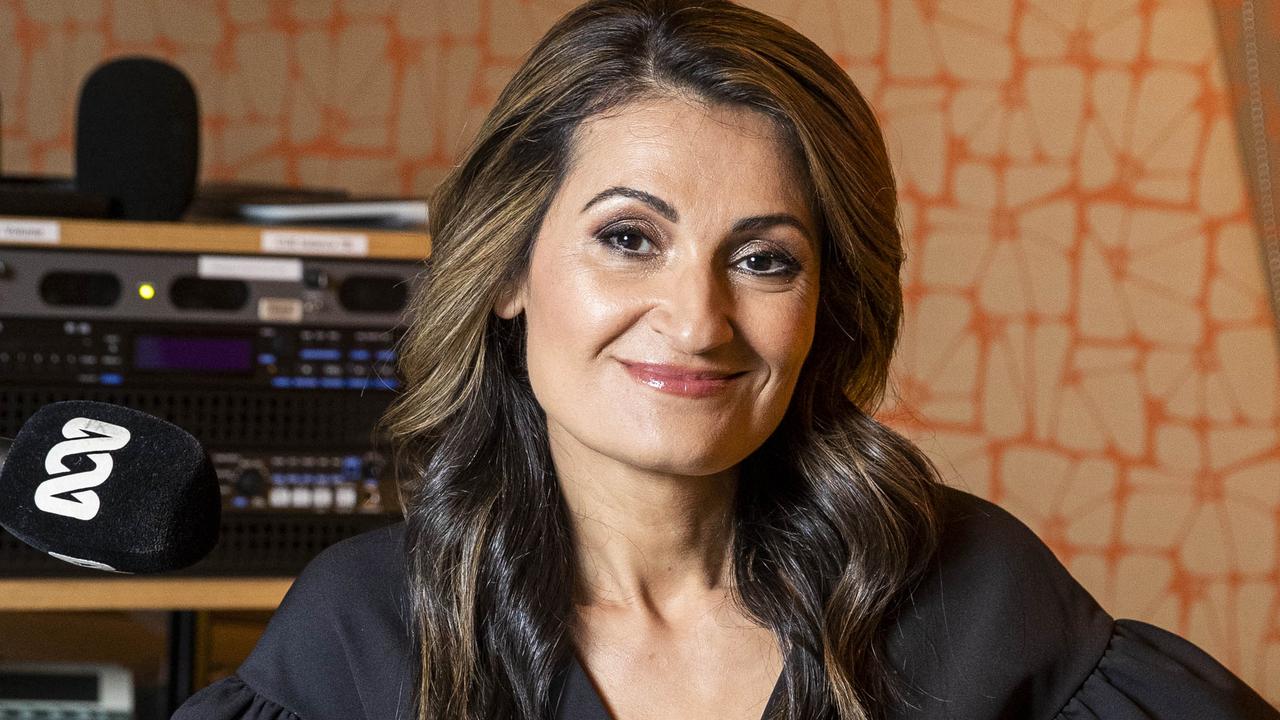 But Radio National’s Patricia Karvelas said Aboriginal people had been speaking out about the crisis for many months. Picture: Aaron Francis/The Australian

“It was Aboriginal people in Alice who told the rest of the country and govts that they did not feel safe.

“They have been trying to get national attention for months.”

Speaking to the ABC earlier this week, the Minister for Indigenous Australians, Linda Burney, said she had been in conversation with the territory government and local organisations for months regarding fresh restrictions on alcohol sales.

Meanwhile, Lhere Artepe, which represents Alice Springs’ traditional owners, said in a statement the town’s problems had been “truly out of control” for some time.

“If [Albanese] looks properly he will see that the current crisis in Alice Springs arises from the chronic and systemic neglect of our remote communities over many decades. He will see things that should shame our nation, the parliament and its elected representatives,” the statement reads, as per The Guardian. 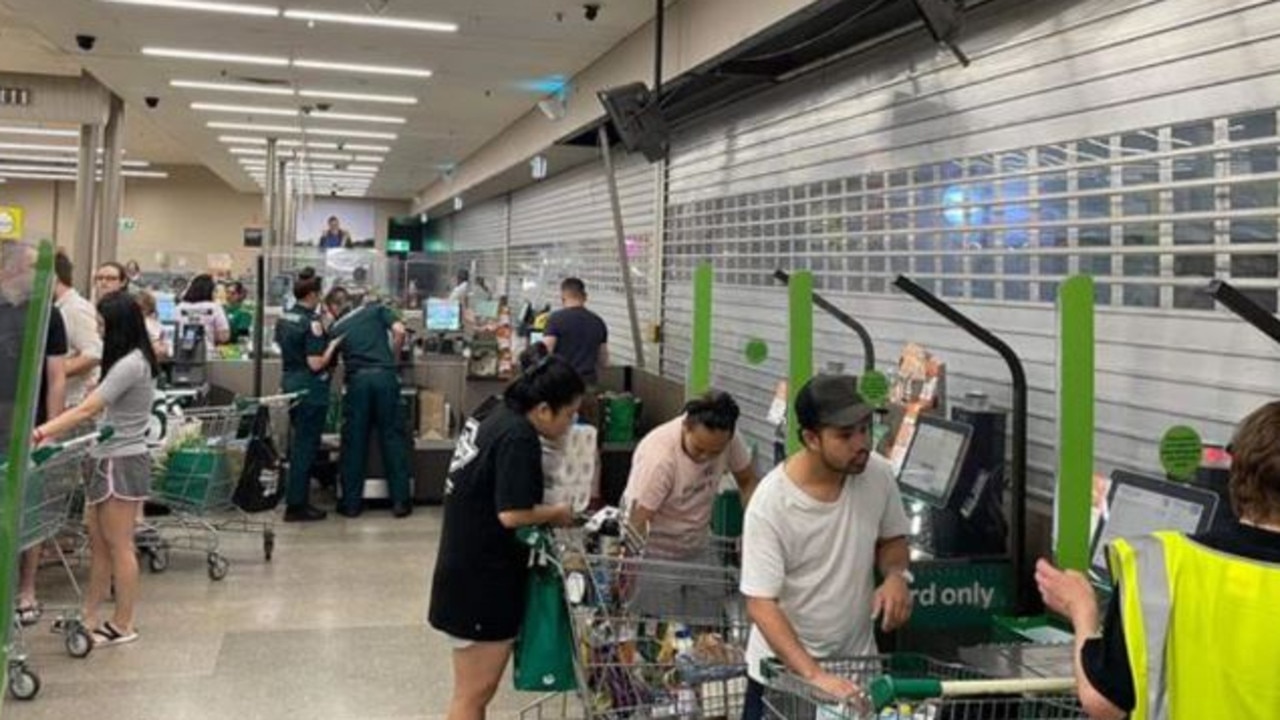 A night-time lockdown was introduced after a young boy reportedly tried to enter an Alice Springs Woolies store with a machete. Picture: Facebook

“The Arrernte people are pained that we do not have the capacity to help our brothers and sisters, many of whom are related to us by kin and ceremony.

“We are hurt by the negative images and stereotyping of all Aboriginal people.

“We are harmed by the violence and alcohol abuse in our midst. These problems cannot be talked away. They are real and require a massive undertaking from all stakeholders.”

And local business owner Darren Clark, founder of the Facebook group Action for Alice, revealed on social media the crisis dated back at least three years to when he first launched the organisation in 2020.

“[January 24] will mark 3 years since I started this page and the fight to bring awareness and action to the trouble our town faces. Things have certainly escalated in that time to the point of maybe no return,” he posted.

“It’s been a slog, at first many didn’t think it was so bad and it would all pass. I never thought I’d still be doing this after 3 years but here we are.

“The lack of action by those in power has been beyond disappointing in fact it’s totality disgusting. To still have children as young as 5 wandering the streets of a town at all hours is the most disturbing part. To sit with kids and hear their life is nothing short of heartbreaking.

“What these children witness and are subjected to is a national disgrace.”