The truck caught fire in the southbound lanes of the Pacific Highway outside Pimlico, south of Ballina, just before 11.30pm.

The truck and trailer were carrying six tonnes of aerosol spray cans, which ignited, causing large explosions at the scene. 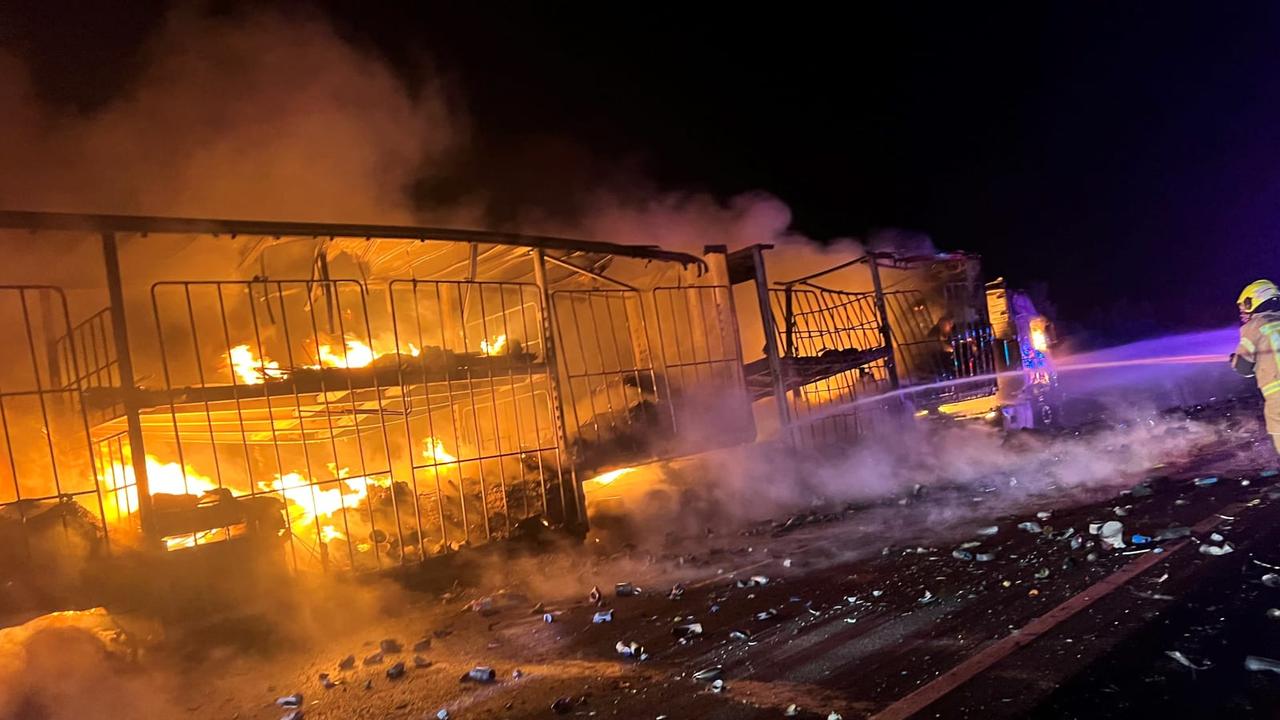 Four hundred litres of diesel fuel were decanted from the burning rig, which was destroyed in the fire.

Incredibly, the truck driver and a nearby motorist managed to get out of their vehicles and to safety before the explosion.

The cause of the incident has not yet been determined.

Three fire trucks from Ballina and a Hazardous Materials team from Goonellabah were joined by four Rural Fire Service tankers, NSW Police and NSW Ambulance at the scene.

BALLINA: The Pacific Hwy is closed in both directions due to a truck on fire. Avoid the area.

The firefighters extinguished the truck fire and numerous spot fires caused by the exploding cans.

They also deployed an absorbent barrier to protect the environment from liquid run-off.

Traffic flow was limited to one lane northbound during the three-and-a-half hour operation.