Viewers of a scary video showing a truck’s collision with an overtaking Jeep have drawn attention to a suspicious detail in the clip.

As the truck drove down a quiet road in the southwest West Australian rural township of Manjimup, the driver of a black Jeep Wrangler attempted to overtake him.

The Jeep however ran out of time to execute the manoeuvre before spotting another car travelling directly towards them.

Seemingly in a panic, the Jeep driver began cutting in front of the truck prematurely and ended up being pushed along the road by its bumper before careering off the road. 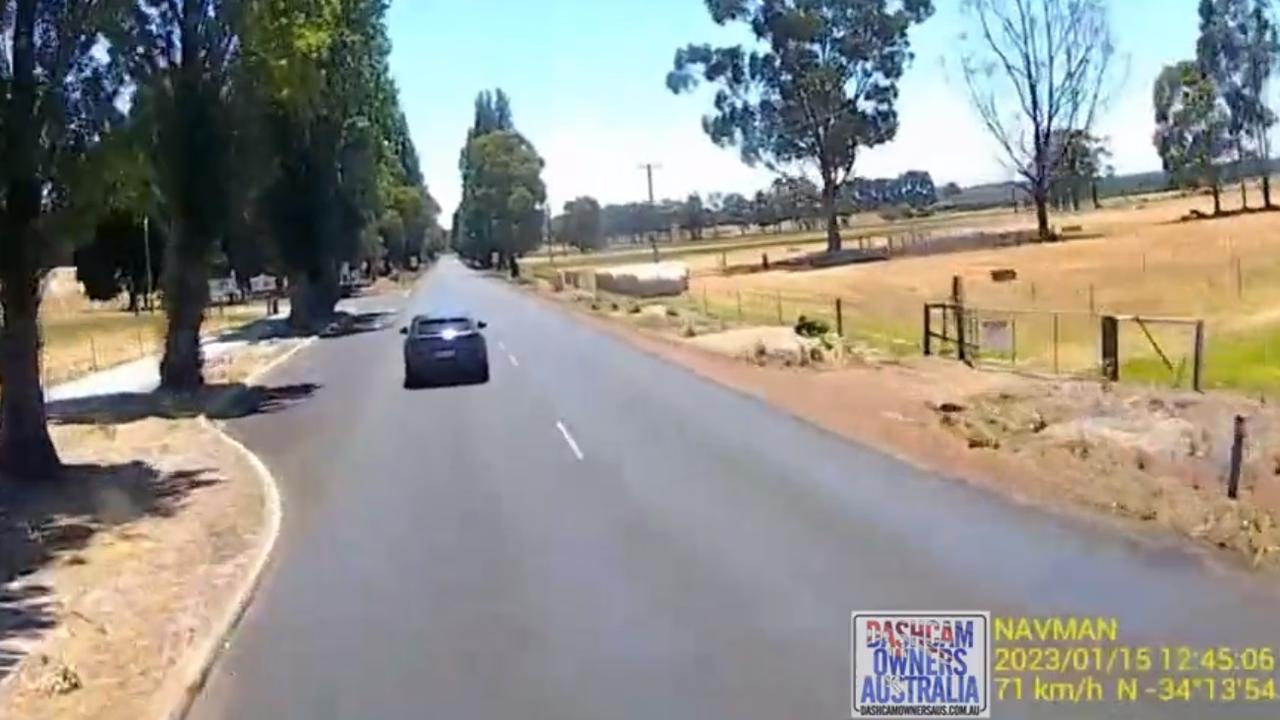 The truck appeared to speed up gradually while the Jeep was overtaking. Picture: Dashcam Owners Australia

The footage was shared to social media by Dash Cam Owners Australia on Monday and has since attracted scrutiny over one problematic detail.

As the Jeep began overtaking, the truck’s speed gradually crept up from 55km/h to a high of 75km/h before coming to a screeching halt.

Some speculated the truck driver may have been deliberately trying to make it hard for the Jeep to pass him.

Speeding up while being overtaken has seen the truck driver face some hefty criticism from viewers of the video.

“What was that truckie doing? Just reckless behaviour,” one respondent said.

“The truck accelerated so the jeep couldn’t judge the pass correctly,” another claimed. 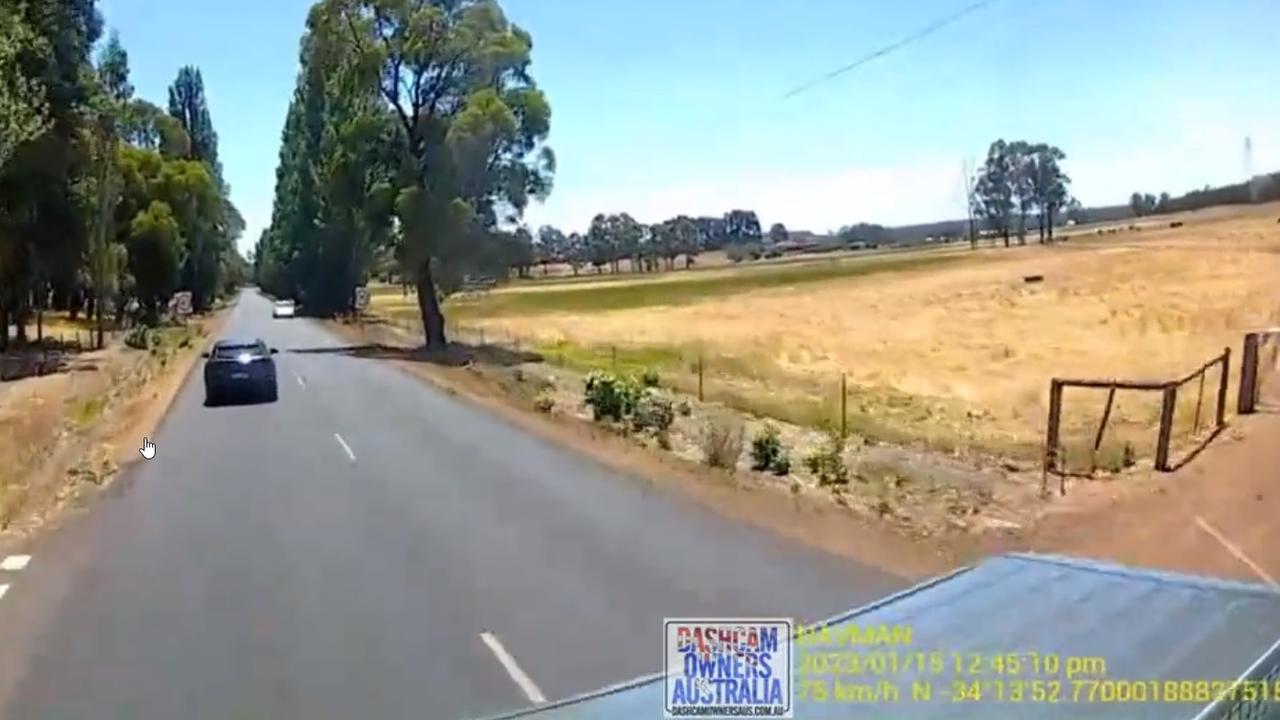 The Jeep was pushed along in front of the truck before careering off the road. Picture: Dashcam Owners Australia

“He would have seen the Jeep alongside him for about 30 seconds at the speed it was going. Would have been obvious the safest thing to do would be slow down a little – or at least stop accelerating to let them past quickly,” a third responded.

“Truckie is reckless and should of braked to avoid the jeep but chose not to,” someone else said.

Others however thought it was ridiculous that blame was being levelled at the truck driver.

“Poor judgment. The Jeep had plenty of time,” one person wrote.

“If you try and overtake someone, don’t complain when they’re driving under the speed limit that they accelerated. The Jeep driver was just impatient and stupid,” another said.

“How on earth are people blaming the truck driver for this?” someone else added.