A truck driver has been hit with a raft of charges over a horrific crash with a school bus in which 33 people were injured, including 27 Victorian schoolgirls.

The bus, which was carrying several adults and 27 schoolgirls from Loreto College in Ballarat, allegedly collided with the B-double truck on the Western Hwy near Bacchus Marsh about 3.20am on September 22.

Victoria Police say the crash caused the bus to plough through a roadside barrier and roll down an embankment. 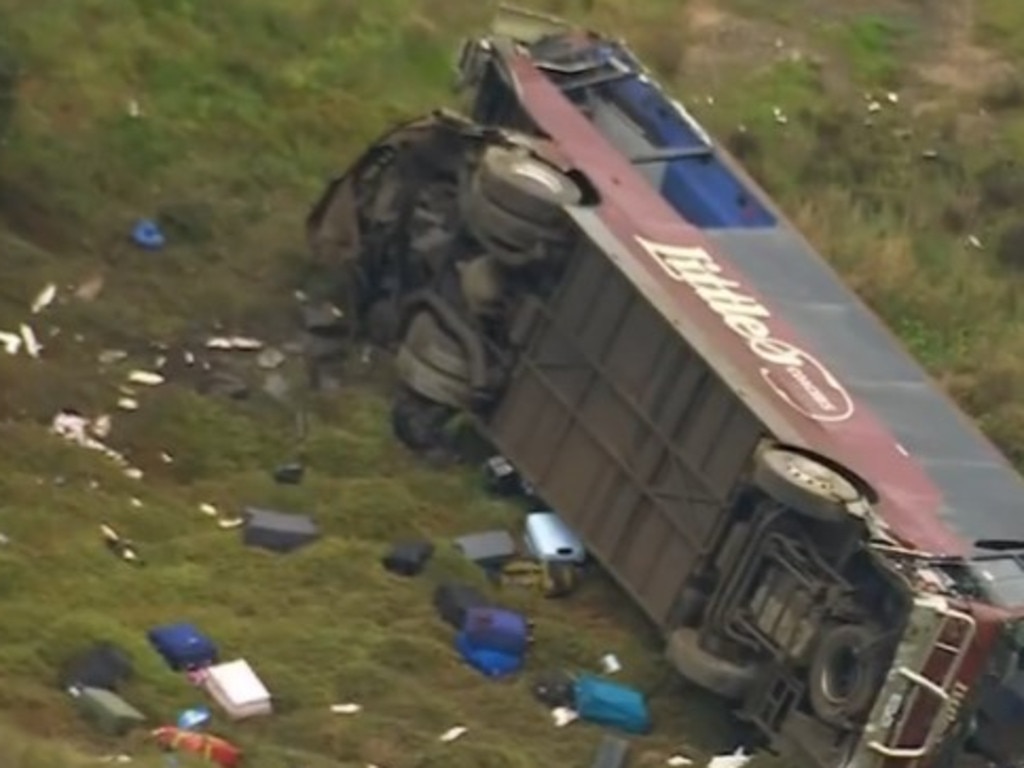 A man has been charged over a horror crash with a bus carrying 27 school girls at Bacchus Marsh in September. Picture: 9 News

The students, who were mostly from years 9 to 12, had been on their way to the airport to begin an overseas trip.

Up to 27 students were injured, with one teenage girl having to be flown to hospital with serious injuries.

Five of the students had to be cut free from the bus, while those who were less injured gave direct assistance to those who needed it.

The male truck driver was also rushed to hospital with serious injuries.

The Croydon man is due to face court on Monday. 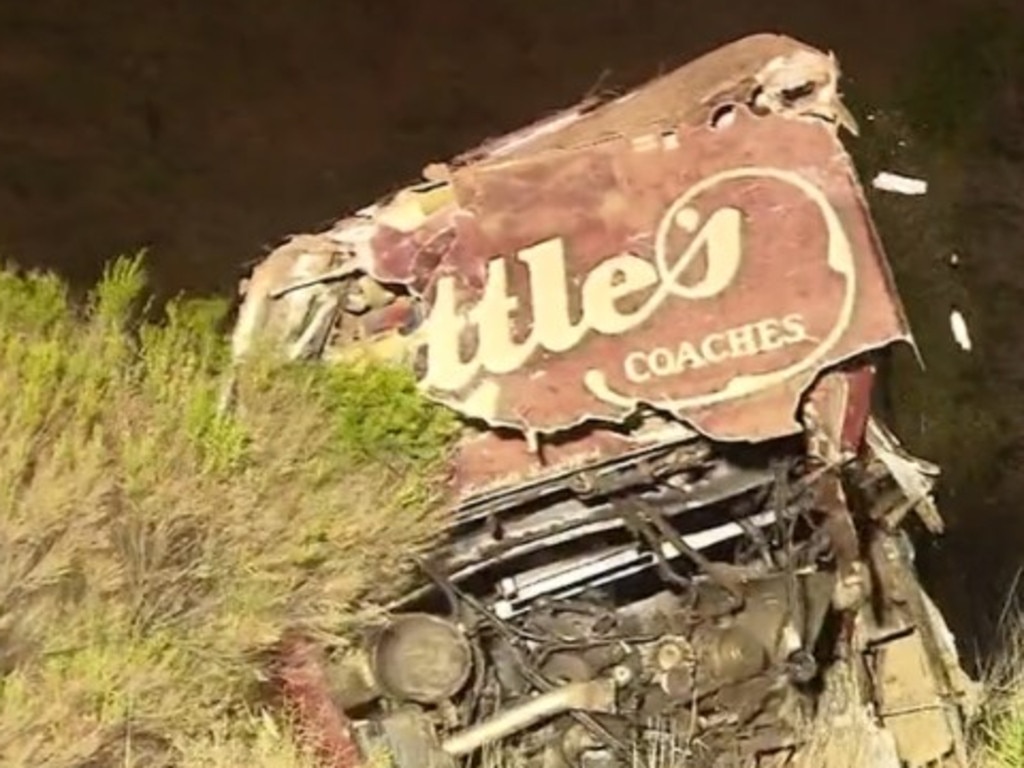 The bus was carrying several adults and 27 schoolgirls from Loreto College in Ballarat. Picture: 9 News

At the time of the crash, Ballarat Police Acting Superintendent Jason Templar said the fact everyone was wearing seatbelts probably prevented deaths.

“Early indications from the investigations are that they were all wearing seatbelts, which has probably saved any fatalities from the bus, which is fantastic,” he said.

“Had that not been the case … we could have been talking about a different outcome.”

The group was supposed to be flying to the US for a NASA space camp at the Kennedy Space Centre in Florida.