Heavy traffic is built up for 13km on the M1 Pacific Motorway in NSW after two trucks crashed, causing major delays during peak-hour traffic.

The trucks collided around 6.20am on Thursday, forcing two lanes to close near the Hawkesbury River Bridge at Cowan 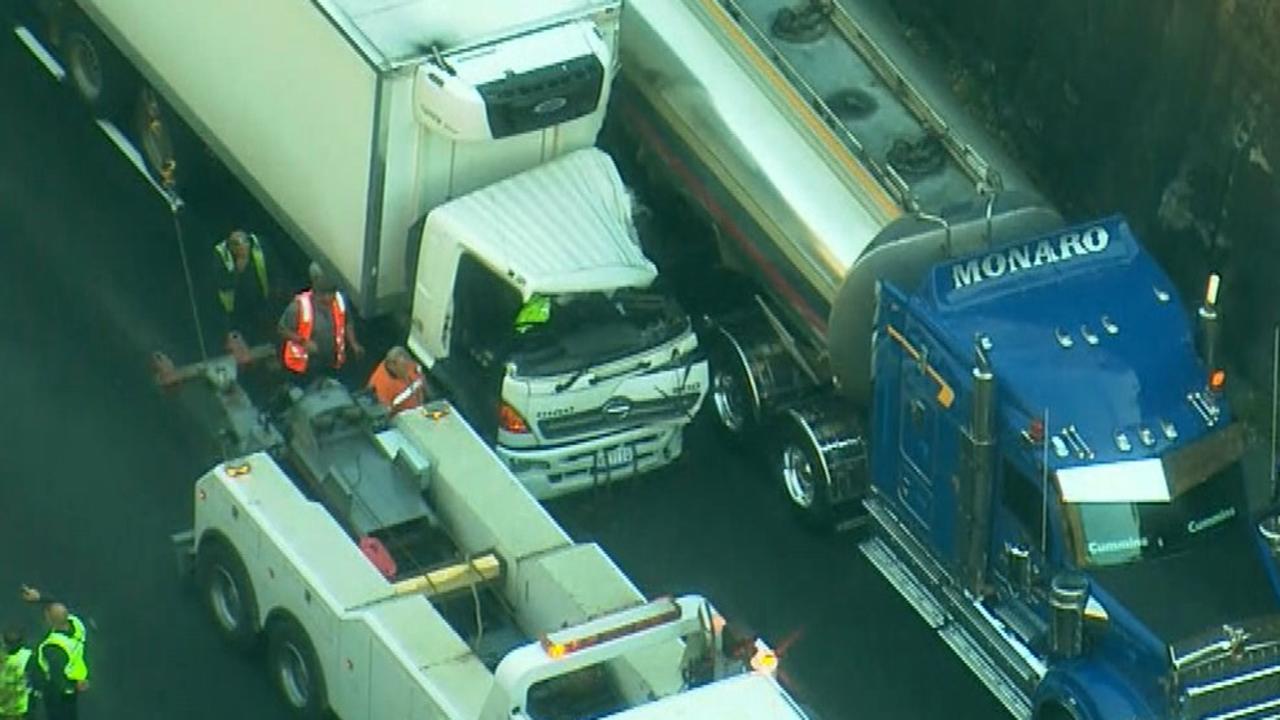 Traffic has banked up for almost 13km on the motorway, according to a Transport Management Centre spokesperson.

Traffic remains heavy as motorists are funnelled into one lane heading southbound.

Emergency services and Transport for NSW are on the scene. 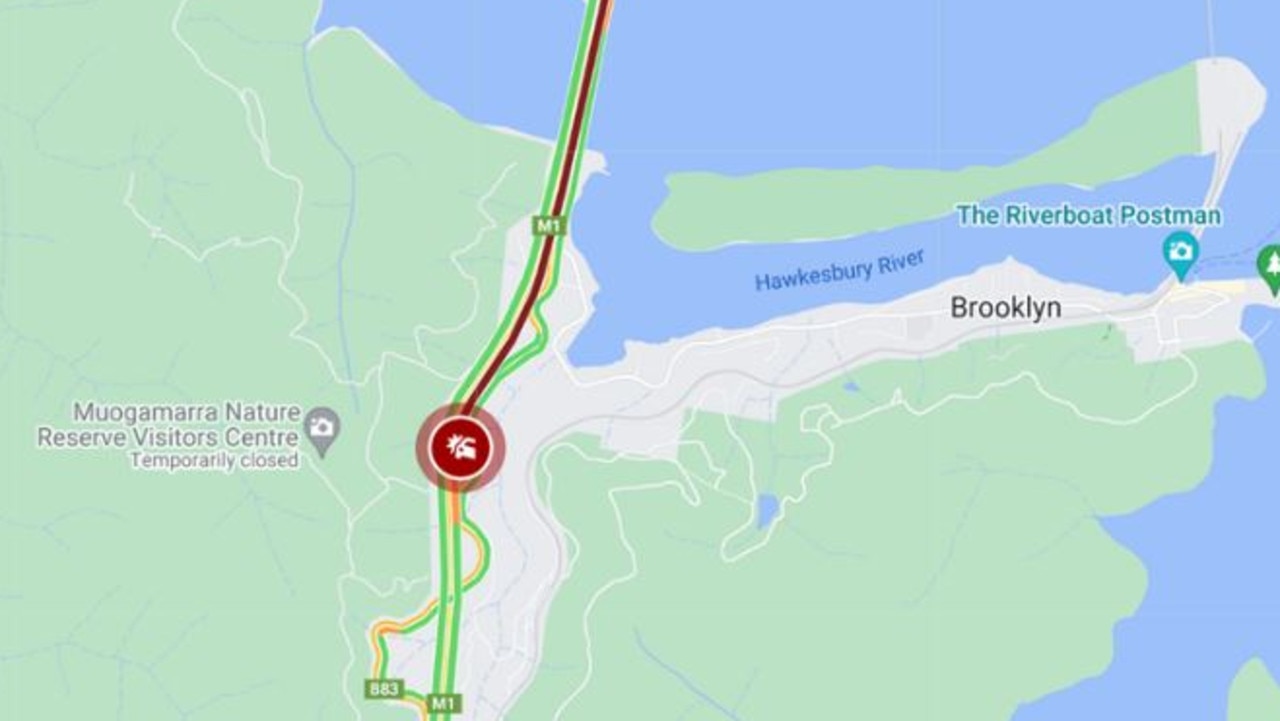 It’s the second day in a row that a crash has caused major delays on the motorway. Picture: Nine News

The incident has taken place not far from the scene of a multi-vehicle crash at Cowan on Wednesday.

Drivers are urged to allow extra travel time and drive with caution. 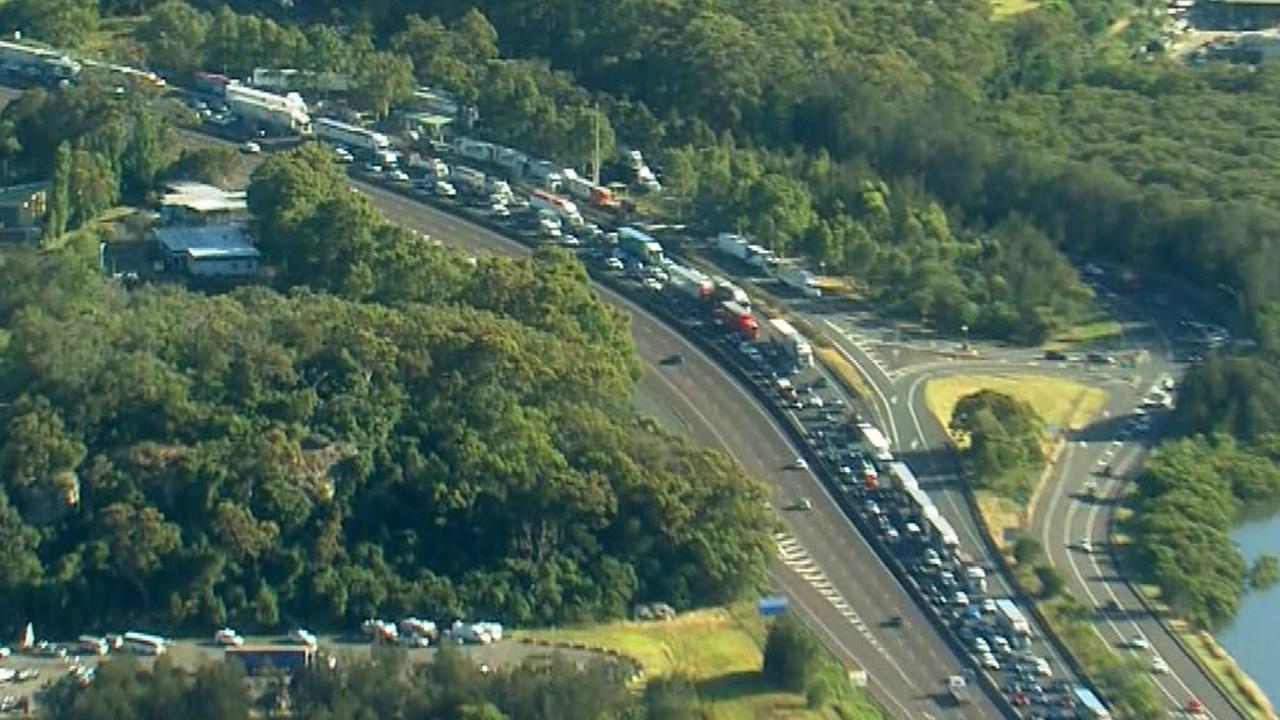 Light vehicles can use the old Pacific Highway to bypass the incident site.

Police are on the scene and the site has yet to be cleared.