Sweethearts Carol Clay and Russell Hill may have been killed after “rude” drone flying in a remote National Park, police have alleged in court.

Gregory Lynn, 56, appeared before the Melbourne Magistrates’ Court this week for a committal hearing which will decide if there’s sufficient evidence for him to stand trial in the Supreme Court.

Mr Lynn has denied murdering the pair, and lawyer Dermot Dann KC said the allegations against his client are “heavily in dispute”.

Mr Hill, 74, and Ms Clay, 73, allegedly travelled to the Wonnangatta Valley in the Victorian Alps on March 19, 2020, to enjoy the “solace of camping” and spend time together, according to a summary of the case against Mr Lynn.

Mr Hill, it alleges, had a DJI drone in his possession. 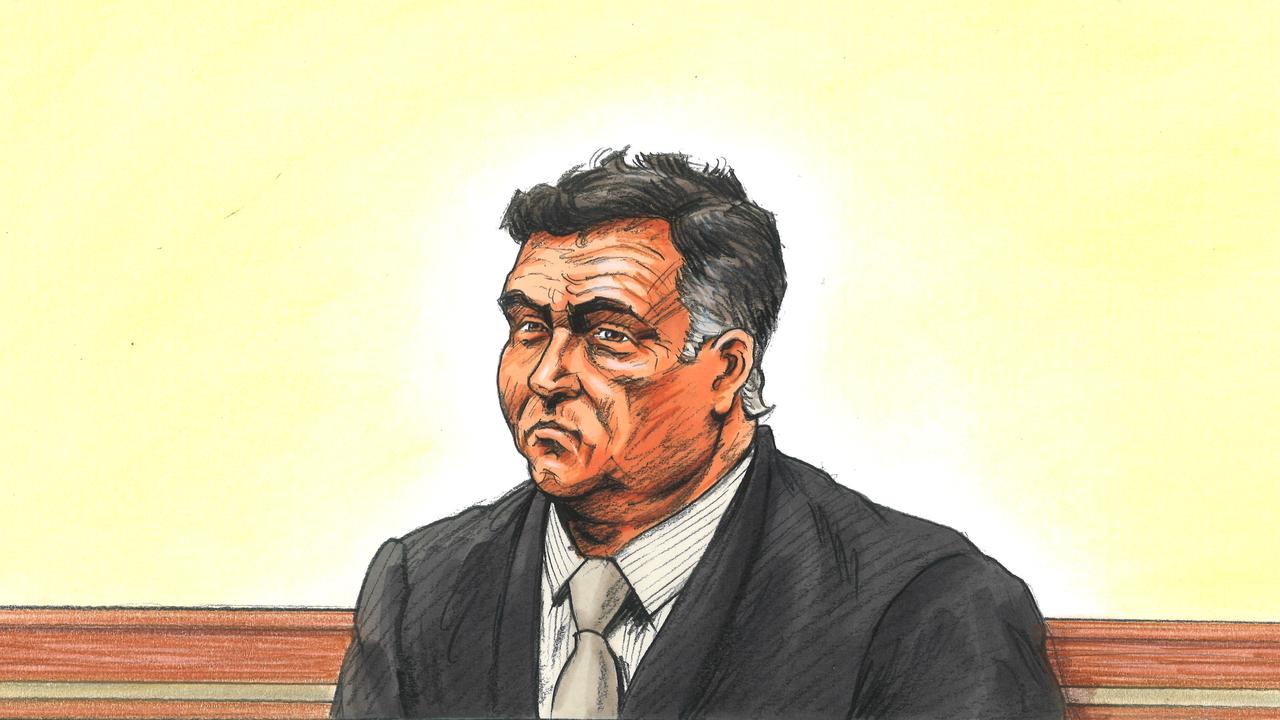 Witnesses, giving evidence to the court, said they saw the pair arrive at Bucks Camp in the early afternoon.

Robert Williams, a contractor spraying Blackberries at the time for Parks Victoria, said he “definitely” saw the pair arrive in the valley and described Mr Hill as a “grumpy old bugger” who was “in a hurry to get to his camp”.

Police will allege Mr Lynn was already present at the campsite, having arrived the previous morning.

The case against the former pilot alleges a confrontation with the campers on the evening of March 20 led him to kill Mr Hill and Ms Clay with “murderous intent”.

In a statement provided to the court by forensic expert Mark Gellatly, he said police informed him they were investigating if Mr Lynn had become “annoyed” with Mr Hill’s drone in the lead up to the alleged murder. 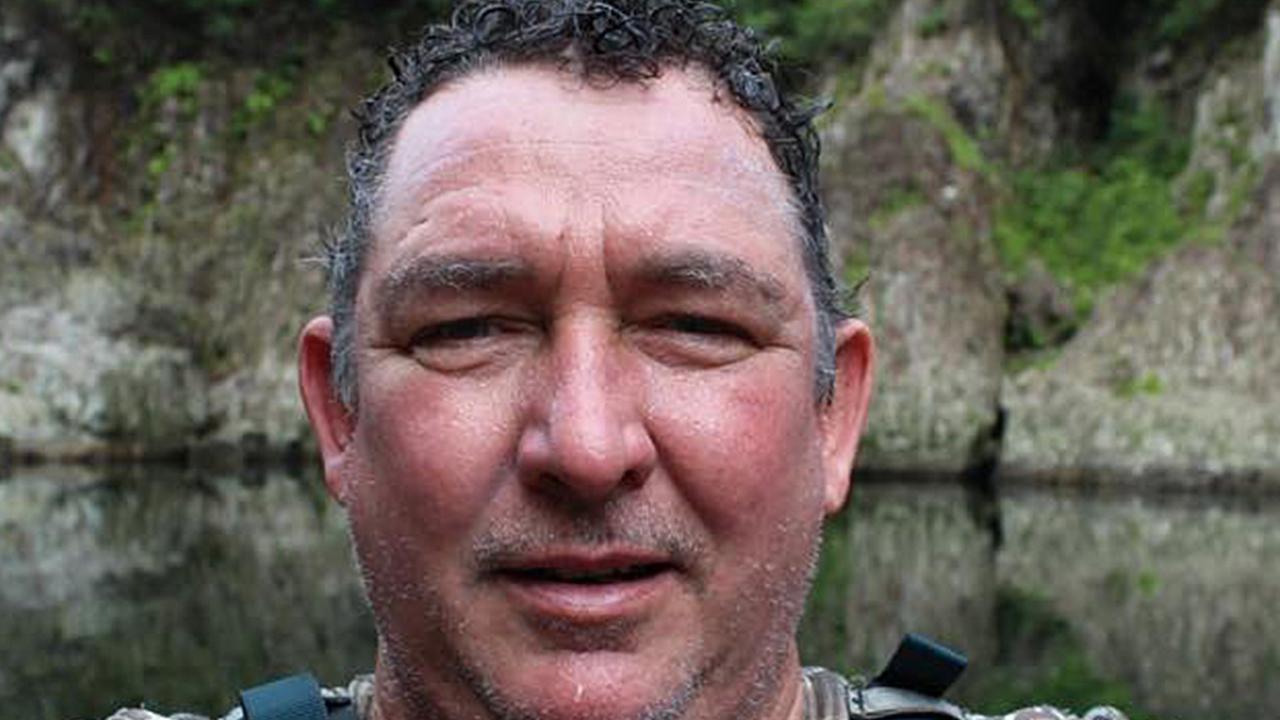 Mr Lynn’s employment with Jetstar was terminated after he was charged over the alleged murder. Picture: Supplied

According to Mr Gellatly, he was told Mr Hill and Mr Lynn allegedly “wrestled” over a shotgun, leading the weapon to accidentally discharge a hit Ms Clay in the head.

It’s alleged the pair continued to fight until Mr Hill was fatally stabbed.

Before the court, crown prosecutor John Dickie said this account “might not actually reflect” how police intend to put the case against Mr Lynn.

Mr Williams, who was camping in the area after work, told the court he allegedly observed a drone flying around the valley around 4.30pm on March 19.

“I could just hear this strange noise, I looked up and could see this drone coming up the river,” he said.

“It was filming me, not a problem, I waved to it. It went over the other campsites I noticed.”

Under questioning by Mr Lynn’s lawyer, Dermot Dann KC, Mr Williams conceded he thought it was “rude”, saying people went to the area for a “peaceful camp”.

He did not know who was piloting the drone. 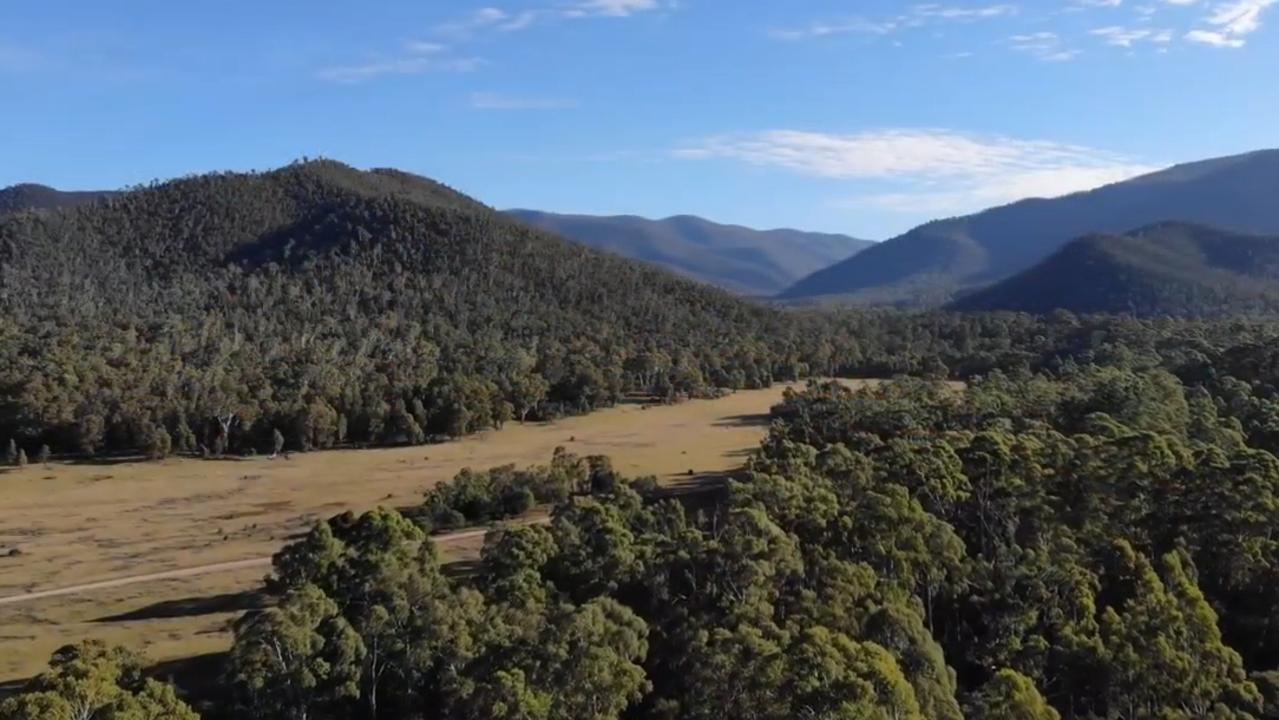 Mr Hill and Ms Clay were allegedly murdered at their campsite in the Wonnangatta Valley. Supplied: Drone footage- Victoria Police

Mr Williams said he watched the drone for about 35 or 40 minutes flying around other campsites before disappearing.

He said it appeared to have come from the direction of Bucks Camp.

The case against Mr Lynn alleges he set fire to Mr Hill and Ms Clay’s camp to destroy evidence before loading their bodies into the trailer of his car.

He allegedly dumped them in bushland and “likely” discarded Mr Hill’s drone, car keys and the couple’s mobile phones.

“To date, none of these items have been recovered,” the case summary alleges. 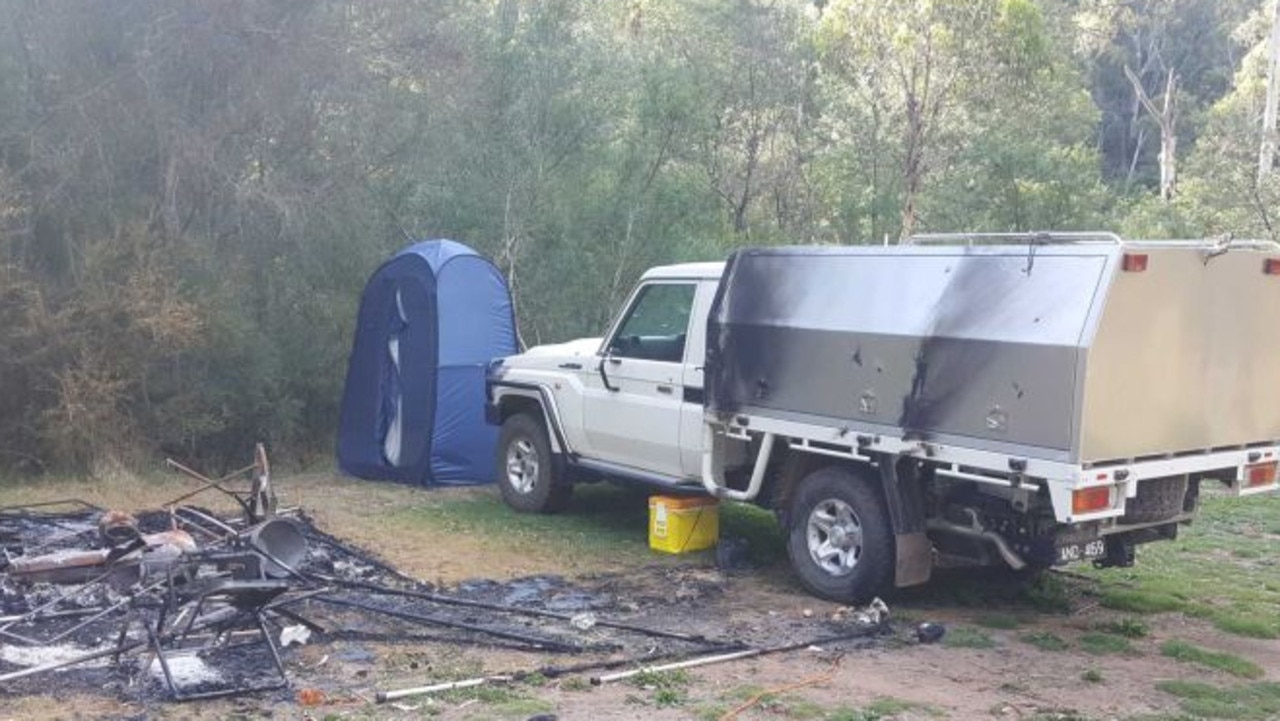 Mr Hill and Ms Clay’s campsite was discovered by another camper on March 26, 2020. Picture: ABC

Mr Lynn’s vehicle, a dark blue Nissan Patrol, was allegedly caught by an automatic number plate recognition camera leaving the National Park about 9.45am on March 21.

Police will allege he returned to the area in May and November 2020 where he is accused of trying to “destroy” the couples’ remains by setting them on fire.

Remains of the pair were found buried near Dargo – about 40km from the campsite – in November 2021.

The former pilot has denied killing Mr Hill and Ms Clay and his response to the charges has never been aired in public.

The committal hearing will hear evidence from three witnesses on January 23.