Australia will introduce mandatory Covid testing for travellers from China amid a “rapidly developing situation”.

On Sunday, Health Minister Mark Butler said that Australia had decided to follow the position of countries across Asia, North America and Europe to introduce measures amid the “absence of comprehensive information about the situation in China”.

“The Australian Government shares the concerns expressed by a number of governments and particularly the World Health Organisation,” he said.

China is experiencing an explosion in Covid-19 infections and deaths after Beijing reversed its policies and let the virus run rampant.

According to a global data firm, deaths attributed to Covid-19 in China have spiked to 9000 people each day as the virus spreads rapidly.

British-based research firm Airfinity has doubled the number of people it estimates are dying from Covid in China as the number of infections soars.

It comes after Beijing lifted draconian zero-Covid health measures in November that had been in place for years.

The Minister for Health and Aged Care, Mark Butler said this was a “modest measure” to allow Australia to gather more information about this situation in China. Picture: NCA NewsWire / Brenton Edwards

Mr Butler said it was the “broad consensus” among Australia’s chief health officers that there is no “immediate public health threat”.

I want it stressed Australia is well positioned against the fight with Covid,” he said.

He said advice from chief health officer professor Brendan Murphy was that the dominant strain in China right now was omicron subvariant BF. 7 – which has been present in Australia for several months.

“These arrangements are not put in place lightly,” he said.

He said this was a “temporary measure” reflecting the lack of comprehensive information about the epidemiological situation in China and the risk of new variants emerging.

Australia’s decision to impose mandatory pre-departure testing will begin from 12.01am on January 5, requiring a negative test within 48 hours.

Other measures will be introduced at home, including increased waste-water testing, volunteer sampling, and increased surveillance of people who have tested positive within the last 14 days. 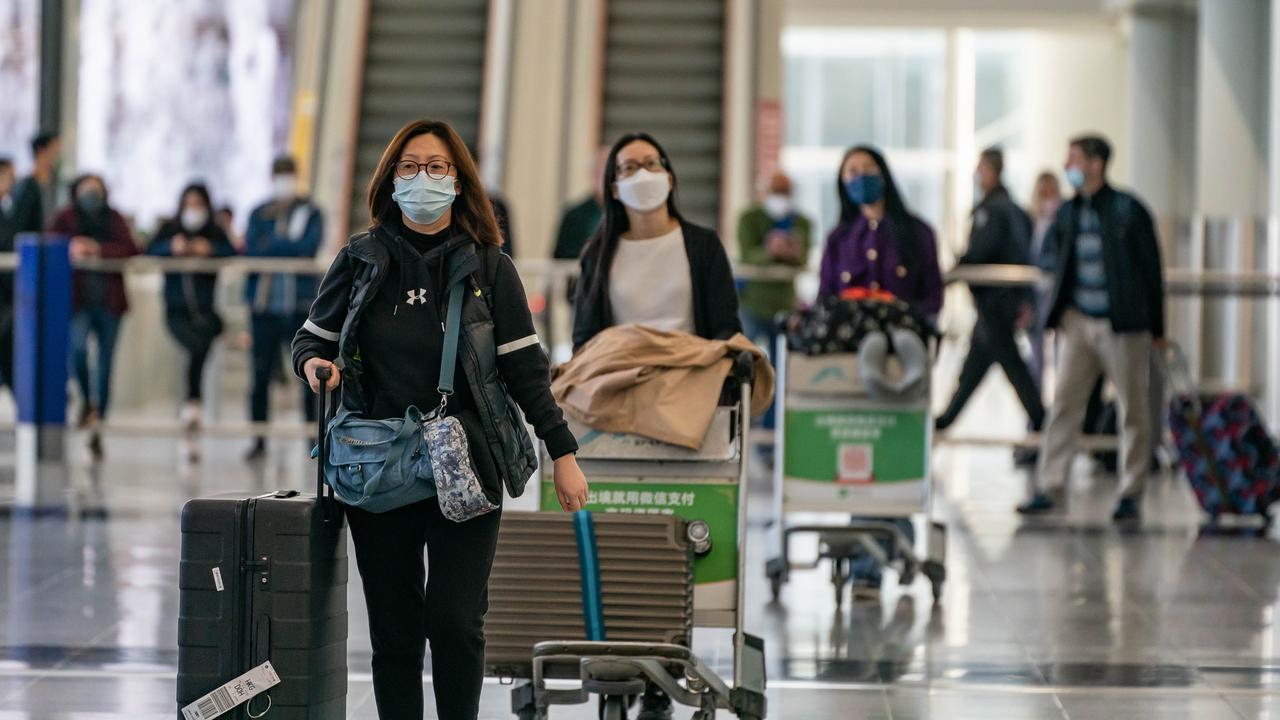 More than a dozen countries have introduced mandatory testing for travellers from China as COVID-19 case there surge following its relaxation of Zero-Covid rules. Photo: Anthony Kwan/Getty Images

The announcement comes after China said it will fully reopen its borders on January 8 amid a “very significant” Covid wave.

In recent days, more than a dozen countries have introduced similar measures, including the US, England, France, India and Malaysia.

China currently requires travellers entering the country to have a test prior to departure.

According to authorities in Italy, 50 per cent of passengers on China flights to the country have Covid-19.

Victorian president of the Australian Medical Association Dr Roderick McRae attracted the ire of industry peers after calling for arrivals from China to be quarantined at Victoria’s Mickleham facility for seven days.

Authorities had to assume every plane arriving at Melbourne Airport from China was “riddled with Covid”, Dr McRae told The Age.

Mr Butler said the Government had communicated the decision with Chinese counterparts on Sunday, but he was unaware of a response.

He said the Australian Government “warmly welcomed” the decision by the Chinese Government to resume international travel.

Mr Butler said resumption of travel was going to lead to important economic activity in tourism and education sectors, as well as allowing people to visit loved ones between the two countries.

“We know there are many many hundreds of thousands of Chinese Australians who have been unable to see family and friends for months — and, in some cases, years — and their ability to do that over the coming period will be a matter of considerable joy for them, particularly as we head into the Lunar New Year period,” he said.

“We should continue to be guided by expert health advice, as we always have, in responding to emerging situations and we support the government’s focus on keeping people safe,” she said.

“Importantly, this decision does not close the door to Chinese students returning to Australia to start or continue their university studies.”