Dominic Perrottet has taken to the skies above the flooded northwest town of Menindee, where the worst flooding in decades is threatening lives and homes.

Across the region, many roads are underwater and properties are cut off as evacuation orders remain current while the river is still rising.

Mr Perrottet, who toured the region from a helicopter, said there was “so much water that it’s going to take a long time for that water to reside”. 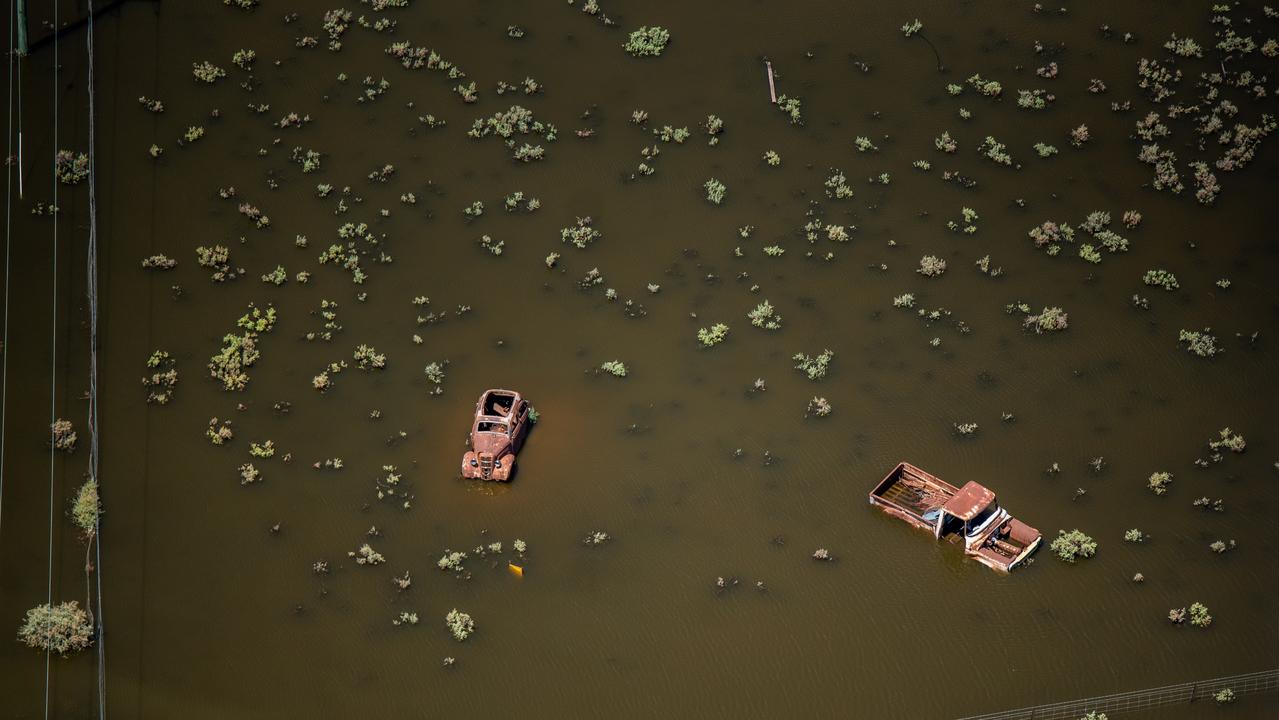 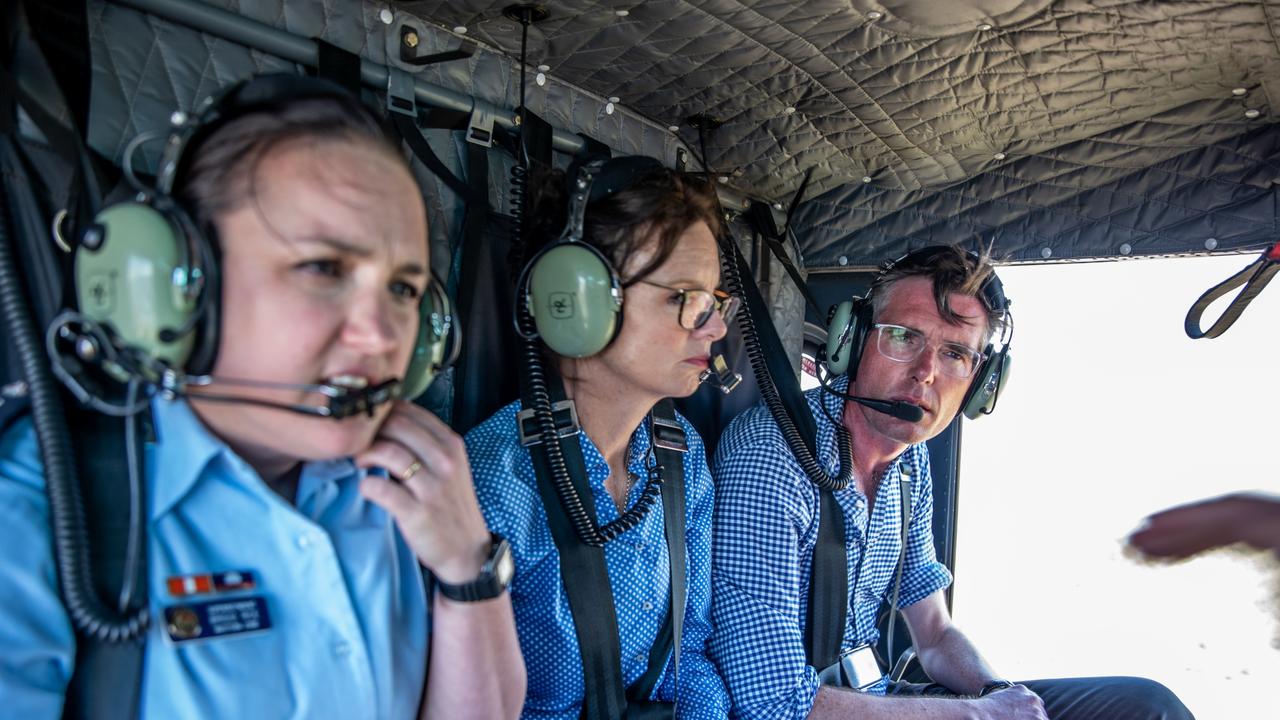 NSW Premier Dominic Perrottet and NSW Minister for Emergency Services and Resilience Steph Cooke inspect flooding during a helicopter flight over the Menindee area in NSW.

“Until such time as that water comes down, it’s going to be a challenging period for the community,” he said from Menindee.

“But we’ll get through it. The waters might rise, but they also fall, and it may take time but we’ll continue to be there every step of the way.”

Water management at Menindee Weir are releasing 75,000 ML/day through the weir, the equivalent of 30,000 Olympic pools or enough water to fill Sydney Harbour in six days. 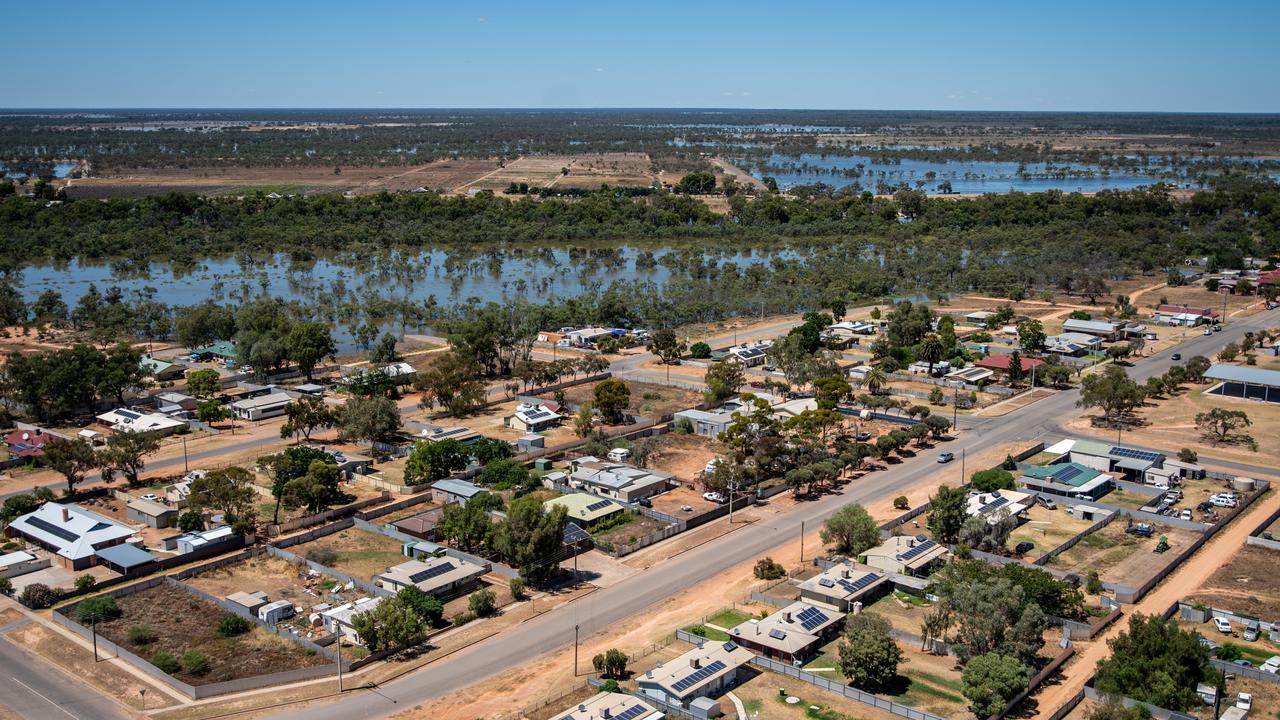 The equivalent of 30,000 Olympic pools is being released at Menindee Weir amid the ongoing flooding in the region.

The river still has not peaked, but the predictions have been revised down from 10.7m to 10.5 metres.

That would make it the worst flood in the area since 1976. 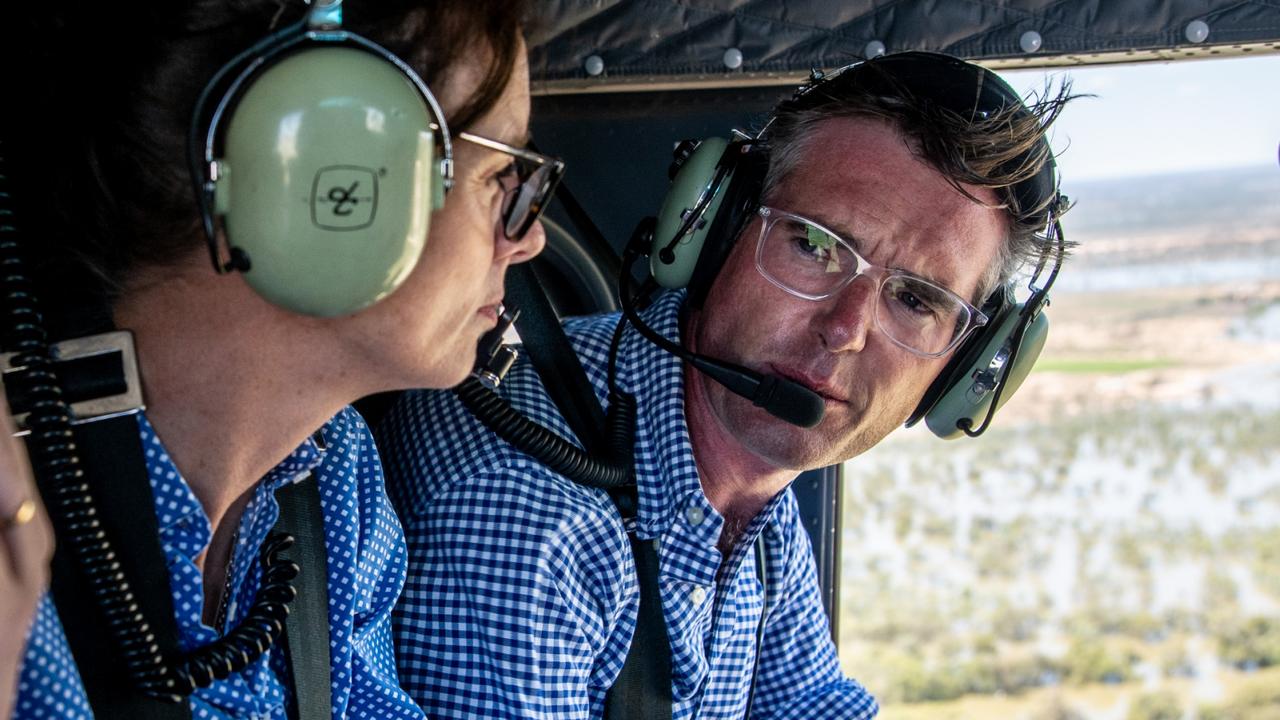 “We will continue to work closely with the federal government in relation to support available, for not just people here in Menindee – obviously this is the priority at the present – but as we did all the way through 2022,” she said.

“We continue to work closely with the federal government to make sure that there’s appropriate support in place.

“The focus at the moment whilst still in the emergency phase … is to make sure we get through (that). But we will move very quickly at the appropriate time into recovery.” 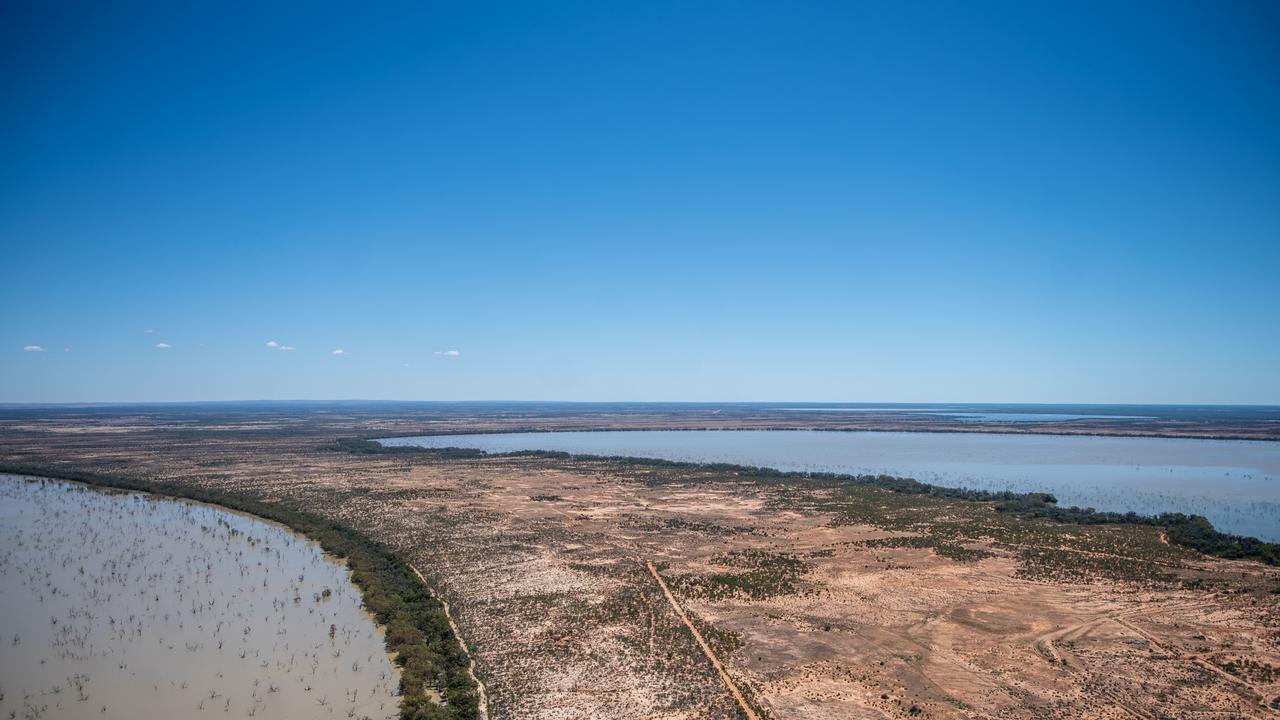 Many roads in the Menindee area are underwater due to heavy flooding.

Mr Perrottet said residents in Menindee, as with all parts of the state impacted by floods in the last 12 months, will face ongoing challenges.

He said natural disasters would continue to occur, but his goal was to make sure there were “the policies in place” to ensure communities could become more resilient.