Terrifying drone footage has captured the scary moment a huge shark came within metres of an unaware swimmer at a popular Western Australian beach.

The tiger shark, nicknamed Trevor, approached the woman twice while she stood in shallow water at Mullaloo Beach, in Perth’s northern suburbs, at about midday on Monday.

Chilling footage showed the 2.5m animal passing the woman with only about 2m to spare before circling around and making a beeline for her. 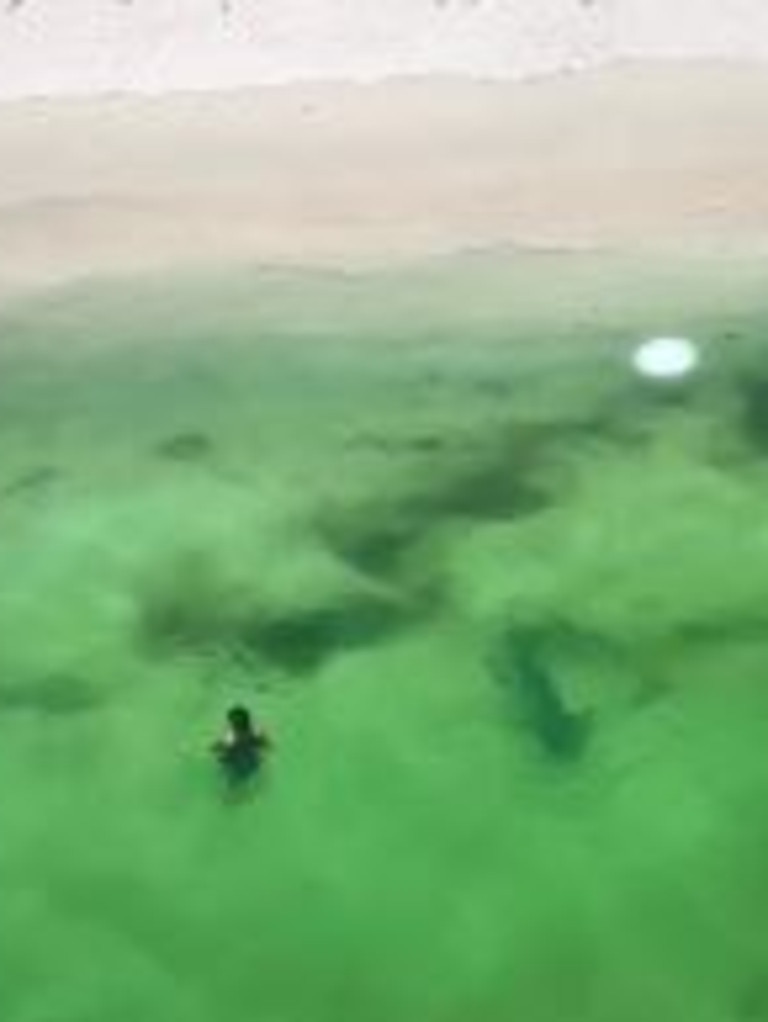 The shark swam past the woman without her knowing. Picture: Instagram/sunrise_searcher 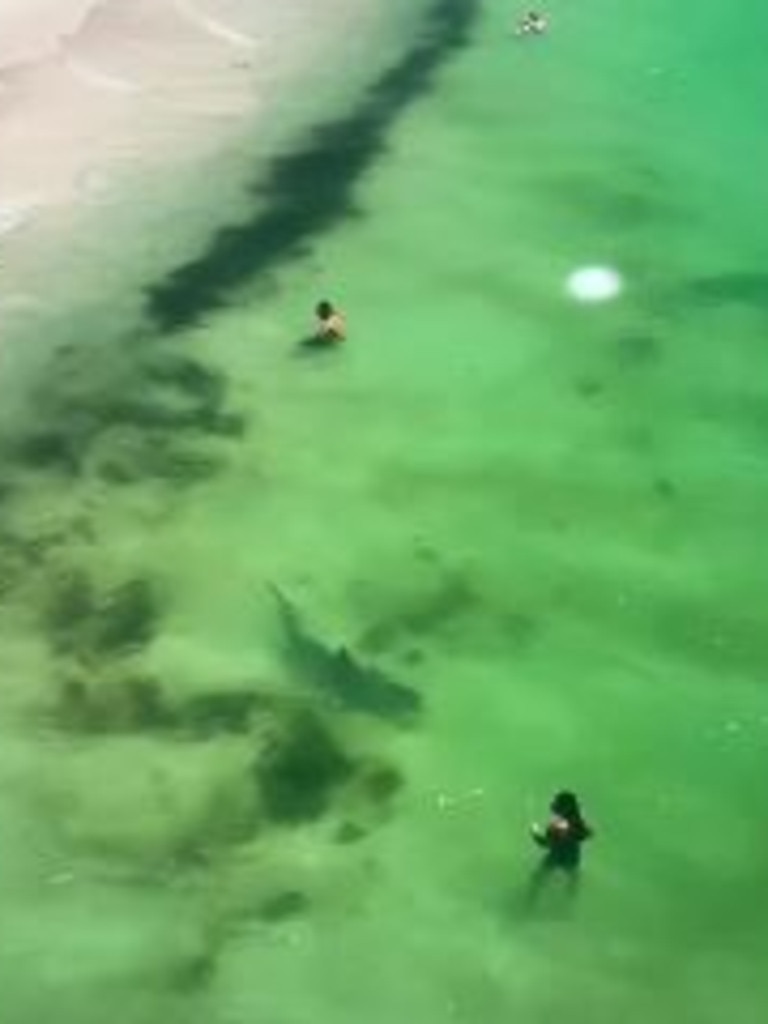 But came back around and let her know it was there. Picture: Instagram/sunrise_searcher

Just as it swam past for the second time, the woman caught on to the danger she was in and made a swift exit from the water.

In footage shared to photographer Sunrise Searcher’s Instagram page, it appeared she alerted her partner and child who were in the water nearby.

Responding to footage of a different shark shared by the Instagram page Wanderlust Flyer, one viewer suggested the drone may distract swimmers from spotting sharks on their own.

“Perhaps she would have seen the shark if not for the drone flying over her head attracting her attention,” they wrote.

The photographer responded saying she was actually trying to direct the swimmer’s attention towards the shark.

“My intentions were to get her to turn around and hopefully see the shark maybe cause she faced the shark it saved her who knows,” she wrote.

After Monday’s sighting, surf lifesavers shut the beach down for the second time due to a shark in a week.

Other video showed frightened swimmers screaming and rushing to get out of the water after spotting the shark, which came as close as 5m to shore. 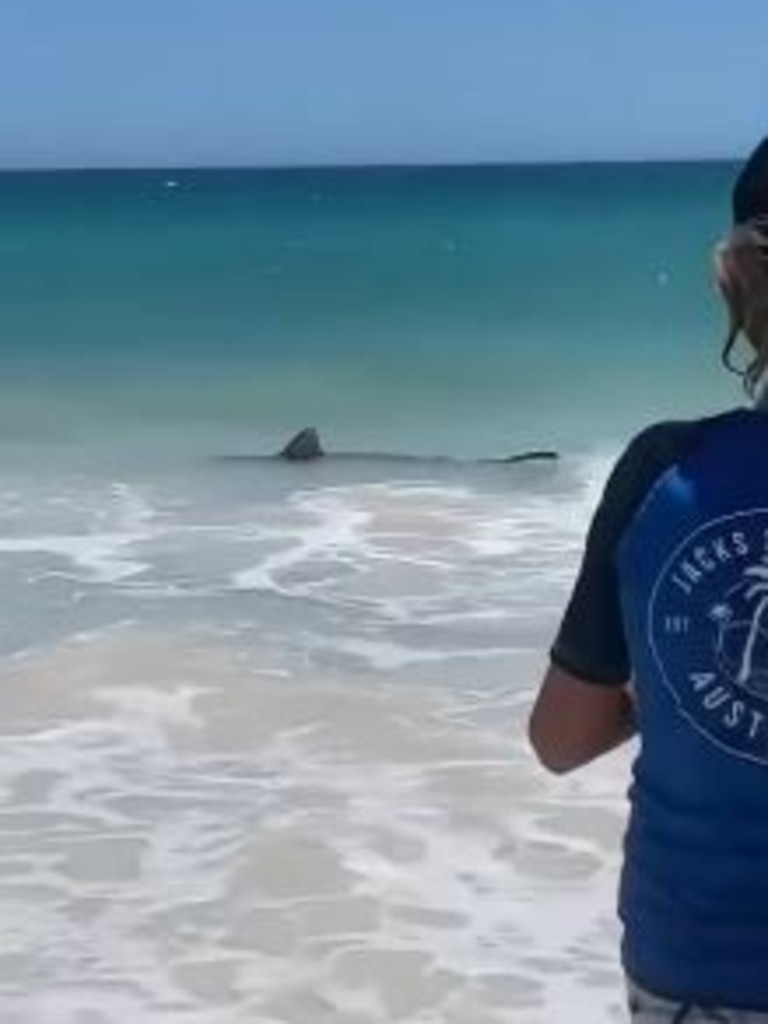 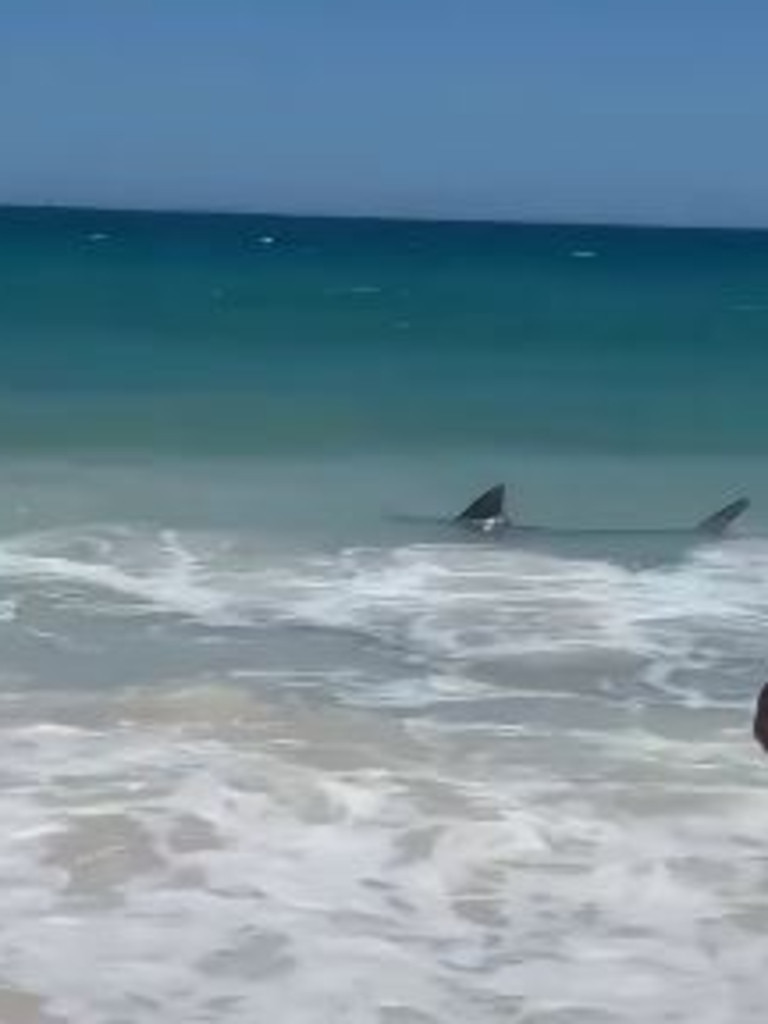 One video captured from the sand revealed the animal’s fin poking above the water as it swam through the waves.

Beachgoers said sirens were blasted to alert swimmers to the imminent danger.

The beach was reopened two hours later once the shark could no longer be seen.

It came after a similar-sized shark closed the same beach last Thursday.