A tragic social media post from a family member of a bride killed in a freak golf buggy accident has surfaced.

Newlyweds Marina Morgan, 29, and Robbie Morgan, 30, were celebrating their honeymoon on Queensland’s Hamilton Island when tragedy struck earlier this year.

The new bride suffered critical injuries and died at the scene after the couple’s golf buggy overturned on June 20. 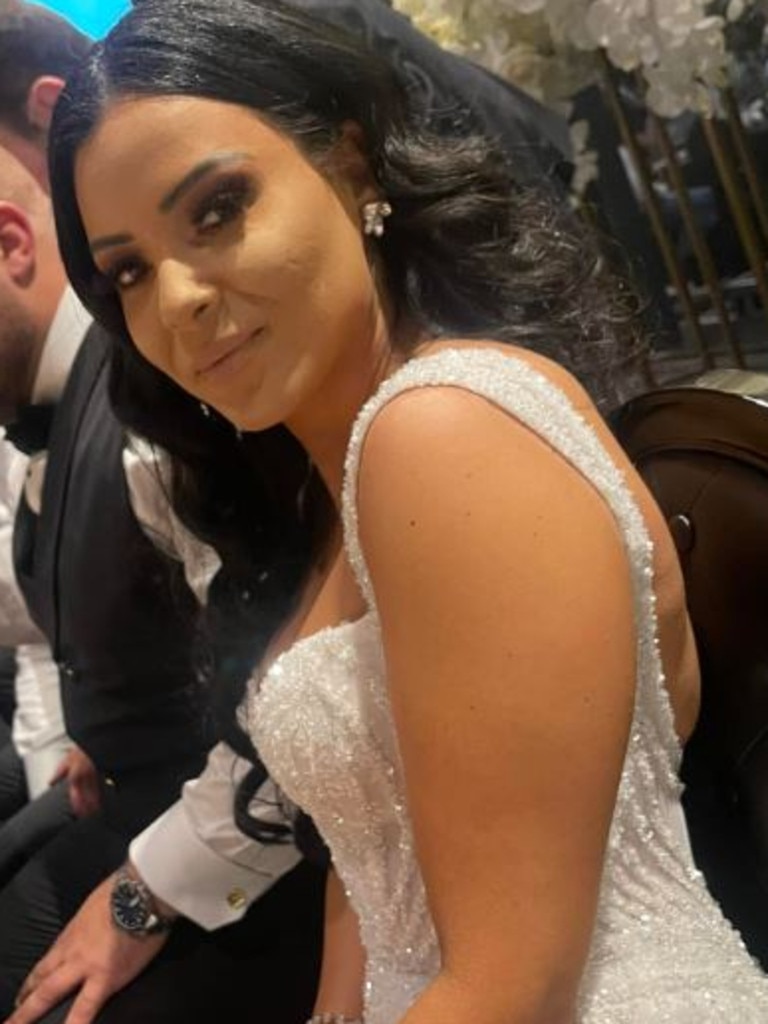 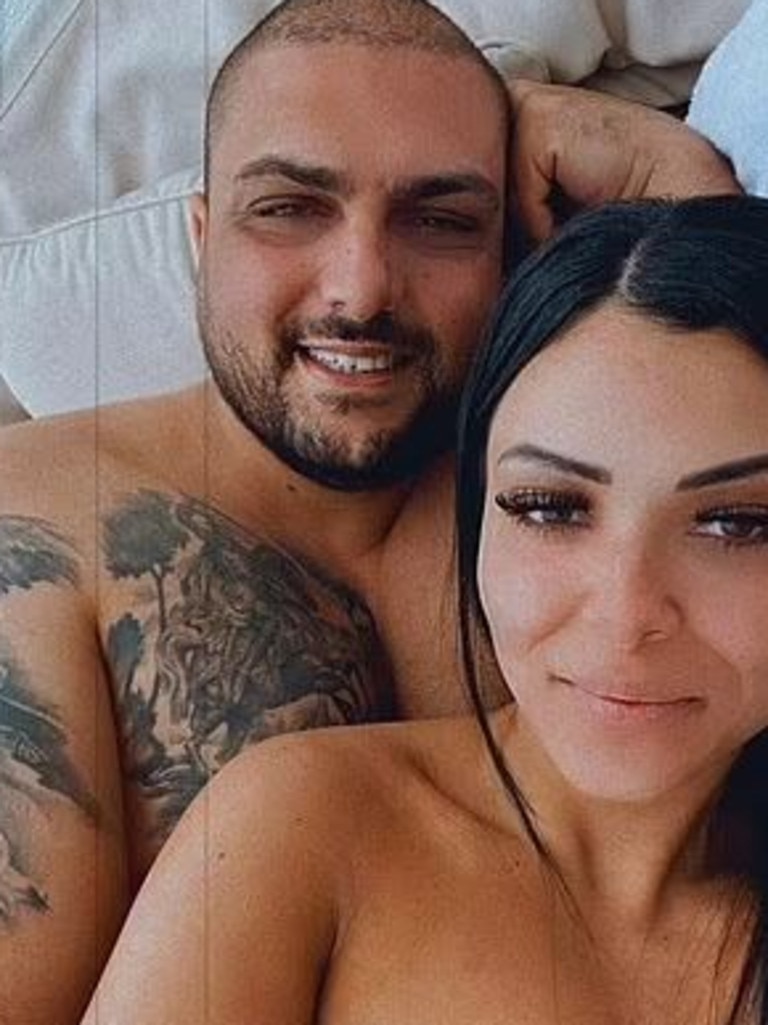 The couple pictured on their honeymoon on Hamilton Island. Picture: Instagram

Mr Morgan was driving at the time and did not suffer any physical injuries.

On Wednesday, Queensland Police announced that Mr Morgan had been charged in relation to his wife’s death.

Eleven days before this announcement – on what would have been the bride’s 30th birthday – close family member posted an emotional message to social media.

“Don’t worry darling, thy will be done” they wrote, next to an angry swearing-face emoji.

The message was written over a poignant image of Marina’s grave decorated with flowers and balloons for her birthday.

“Forever tucked into my heart.” 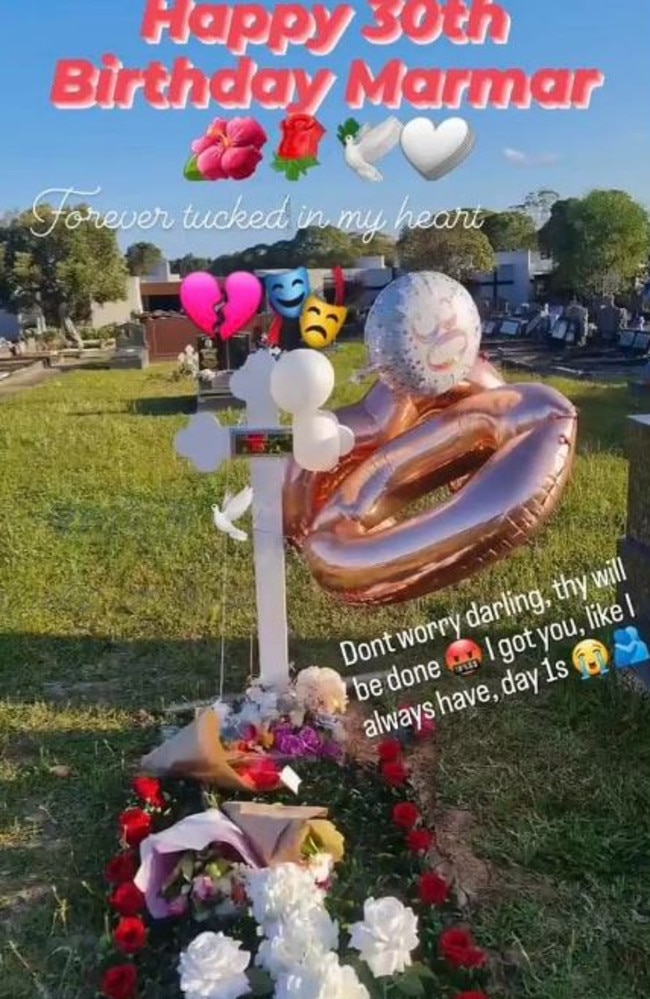 A family member of Marina posted this message to social media. Picture: Instagram

The Sydney man will appear before Proserpine Magistrates Court on December 5.

Golf buggies are the main mode of transport around the 740 hectares of Hamilton Island, with occupants required to wearing their individual seatbelts at all times.

These charges follow an extensive investigation by police, who initially labelled the situation “just a tragic accident”.

“It has rolled on its side and the woman has fallen out and sustained life-threatening injuries,”

“It was just a tragic accident with a golf buggy.” 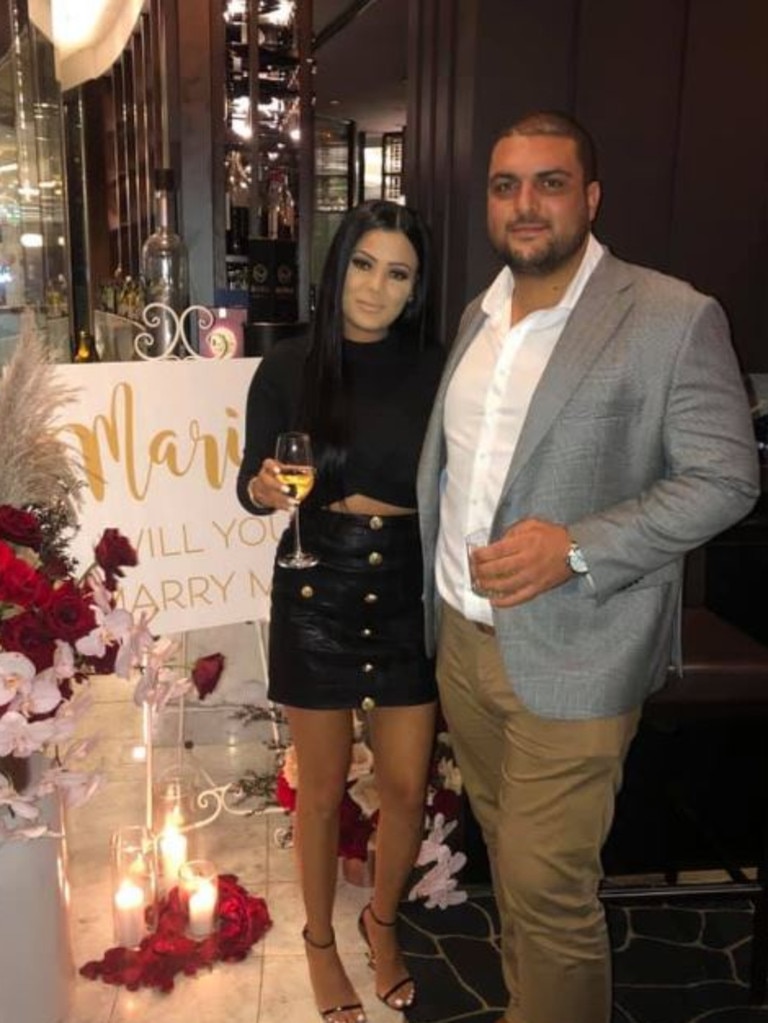 The pair pictured on the day Mr Morgan proposed to Marina. Picture: Facebook 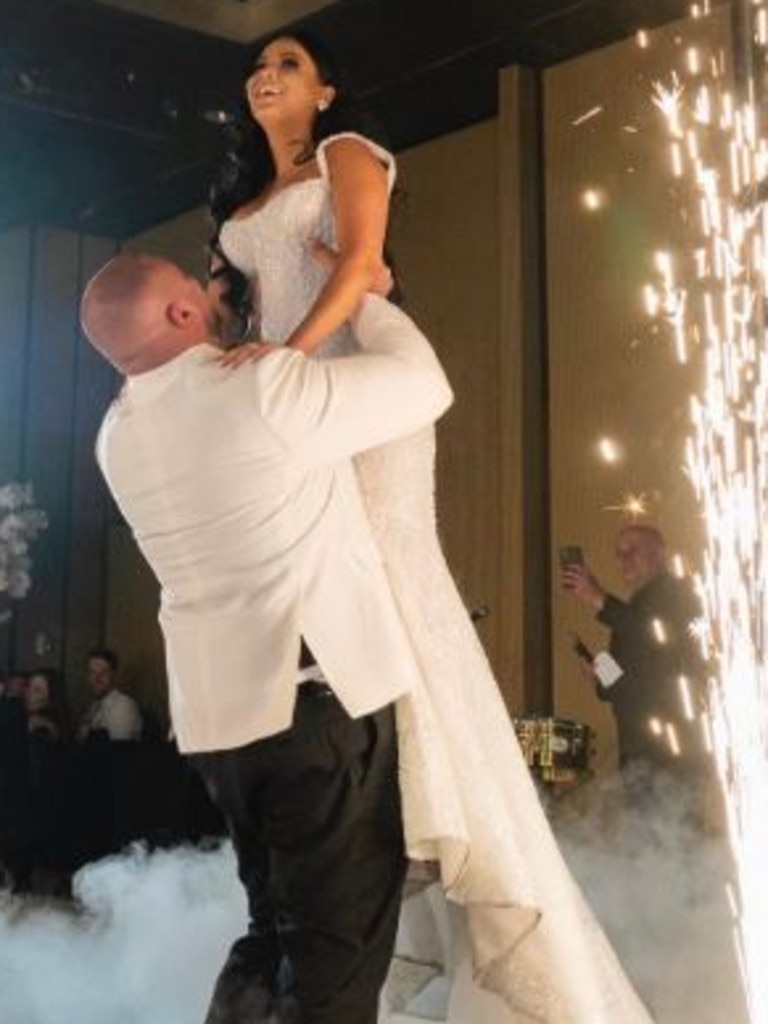 A doctor, off-duty dentist and off-duty firefighter were some of the first people on the scene following the tragic incident.

They battled to save Ms Morgan’s life, performing CPR for 35 minutes after she went into cardiac arrest.

Graeme McIntyre, Queensland Ambulance Service acting director for the Mackay District, said a paramedic arrived on the scene within minutes to find the woman off the road and placed in a “lateral position to clear her airway”. 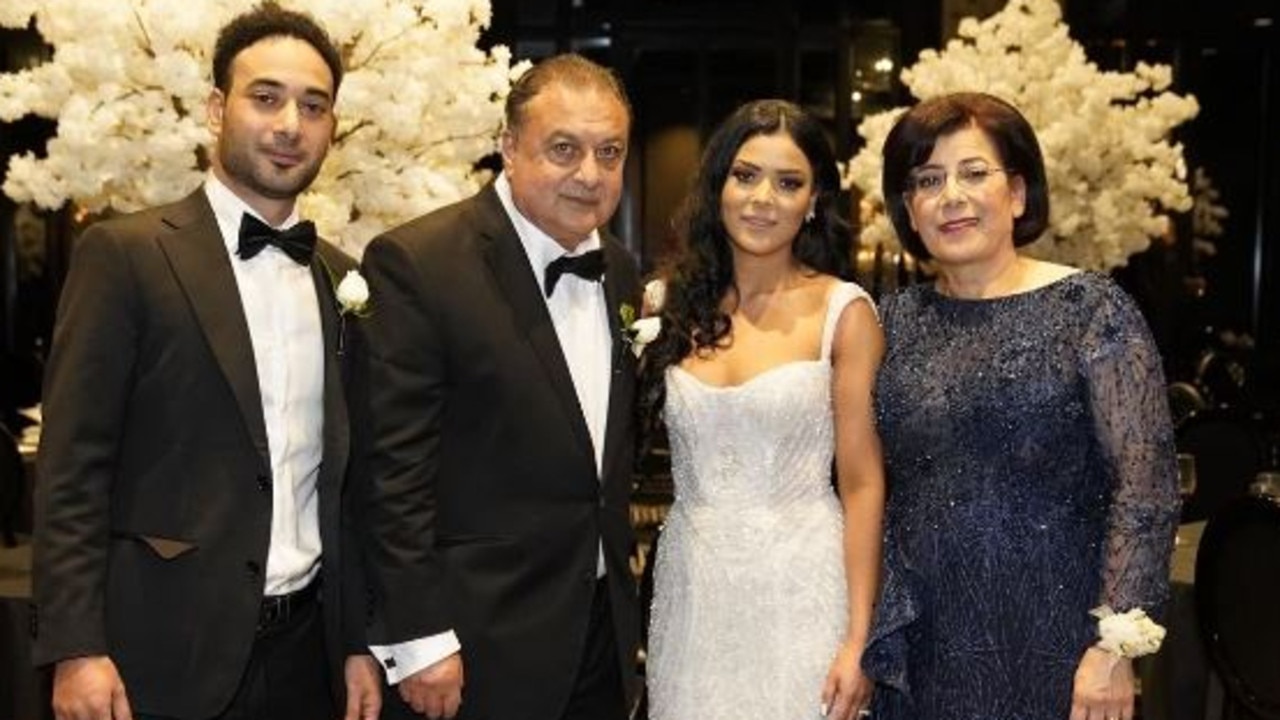 Bride Marina with her family on her wedding day. Picture: Facebook

“[She] was in cardiac arrest and along with a number of first-aiders on the island – an off-duty dentist, off-duty fire officer, and doctor from the island – performed resuscitation for 35 minutes without success,” Mr McIntyre said.

Mr McIntyre said the scenes were “confronting” for first responders on the scene.

“It was very confronting especially on Hamilton Island and in this instance we have to wait with the deceased person until police are able to collect the person,” he said.

“So it is quite confronting emotionally for paramedics involved.”

Following the bride’s tragic sudden death, the family and friends of Ms Morgan all paid heartfelt tributes to her. 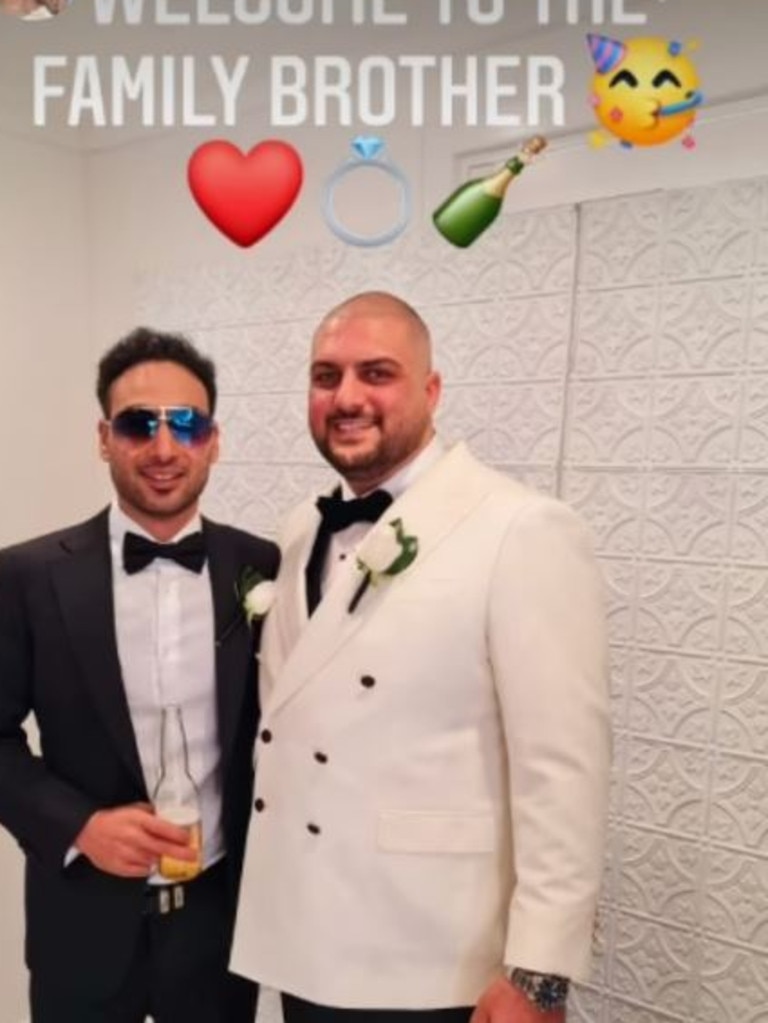 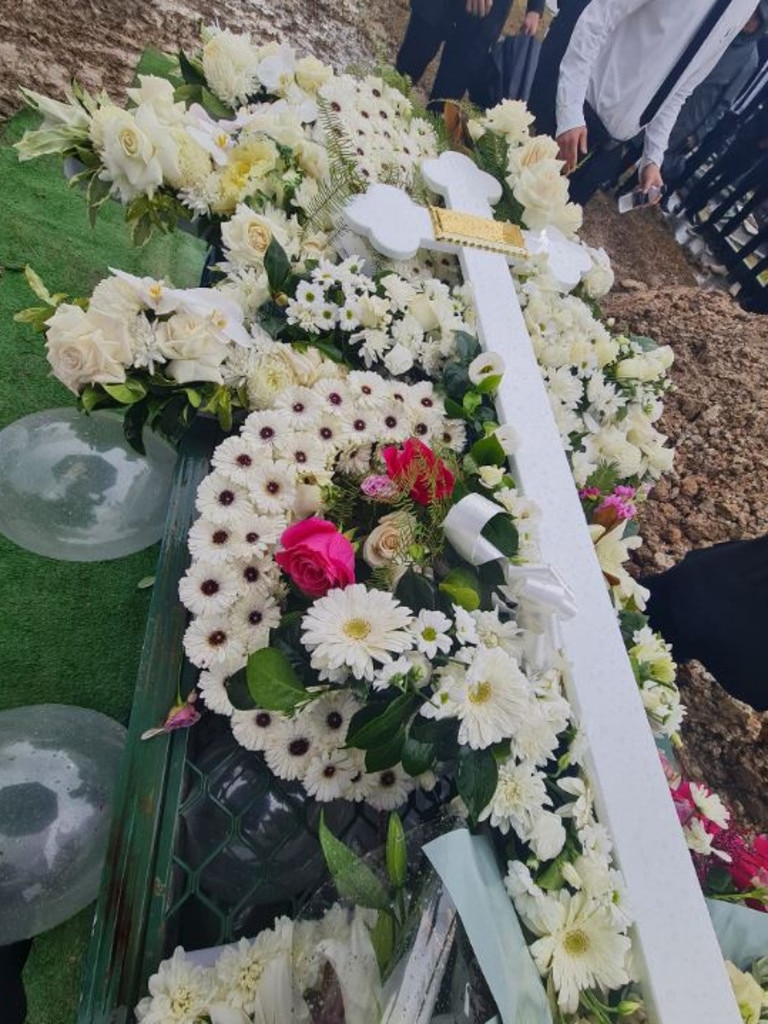 Six days after her passing, Mr Morgan wrote on Facebook that his world had been “shattered” by the death of his “angel” wife.

“My heart is broken and my world shattered with the tragic loss of the most beautiful girl in the world. my angel. my saint. my wife,” he wrote alongside a picture of the pair at their wedding.

“I will love you forever and ever and EVER!”

Mr Morgan said his wife was his rock, partner, saint and his “everything”.

“The world will never be the same,” he said.

A funeral service was held for Ms Morgan on July 2 at St. Mary & St. Merkorious Coptic Orthodox Church in Rhodes, which was followed by a burial at Rookwood cemetery.