A man violently attacked his roommate, leaving him blind in one eye, before holding him and two others “hostage” in a terrifying domestic altercation, a court has been told.

Even while on remand in custody for the vicious attack, Marc Joseph Loborec rallied his family members to intimidate the victim, 62, his son and other witnesses from attending court.

In calls to his relatives from behind prison walls, Loborec warned that those planning to make statements against him would enter “witness protection” and threatened to kill them when he got out.

“I am not doing eight years mate. If I have to do eight years, I will get out and go back there and kill all their f–king children,” he told his own mother in December last year. 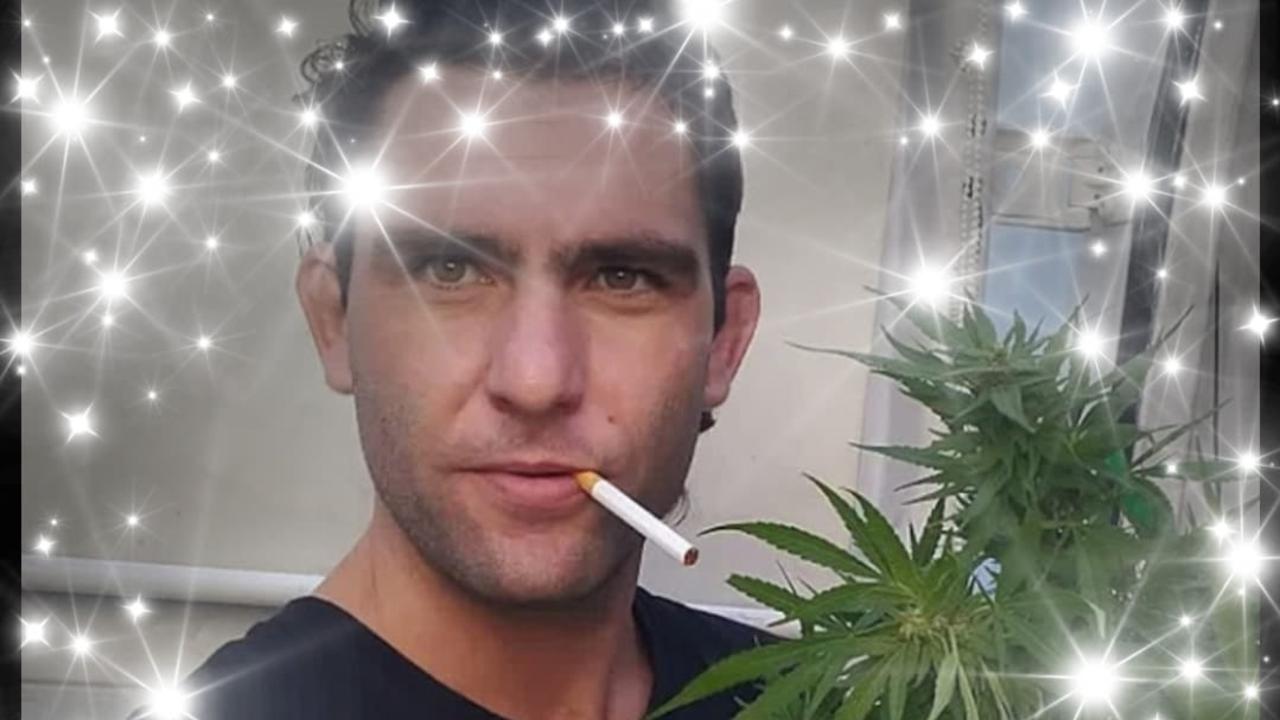 Mark Joseph Loborec made chilling phone calls while in custody on remand for viciously assaulting his 62-year-old roommate.

The chilling threats can be revealed after Loborec, 29, pleaded guilty to a raft of serious charges at Brisbane District Court in December.

They included multiple counts of serious assault and other charges of grievous bodily harm, wilful damage and attempting to pervert justice.

In court documents seen by NCA NewsWire, the ordeal began on August 19, 2021, at Alexandra Hills after a dispute broke out over Loborec using the victim’s phone to stream videos onto the house’s TV.

At the time, he was living there with the 62-year-old and two others.

Loborec hurled the phone at the victim, hitting him in the left eye.

“The complainant felt something running down his face, which he assumed was blood but later realised it was fluid from his eye,” a statement of facts from Loborec’s case reads.

“The complainant’s eye was very sore and bleeding.”

The man was taken to hospital the following day, lying to staff he was hit by a flying fox.

He had sustained serious injuries, including a left globe rupture requiring emergency surgery.

Despite this, the man was rendered blind in his left eye.

A doctor said if the eye injury had not been treated, it would have endangered the man’s life or caused permanent injury to his health.

When the man returned home six days later, a drunken Loborec was celebrating in the kitchen, cheering they were “rich” because he had “ripped off” a motorbike for $14,000.

As he grabbed the complainant’s head, jumping up and down, Loborec’s finger went into the man’s injured eye.

“What are you doing? For f–k sake, be careful that is my eye. I cannot see out of it, I am blind,” the complainant screamed.

“I am going to be blind for the rest of my life in that eye. Just be careful. Just calm down,” he continued as he went to lie down.

Later in the day, the man told Loborec to turn down the TV’s volume.

Loborec responded by putting his arm around the man, punching him multiple times in the face in front of his other horrified roommates.

He then threw an ashtray at the man’s nose, causing it to bleed.

Loborec then joked that he should be “pitching for the Yankees” as the victim screamed before he smashed the man’s phone.

“Stop your whingeing. Shut up you old c–t, you are nothing but a piece of sh-t, no-one would miss you if I killed you,” he said to the man.

When his other roommates went outside for a cigarette, Loborec said: “What the f–k are you doing? Nobody is leaving.

“You are all being held hostage. I am going to f–king kill all of you. You cannot f–king leave. If you f–king call the police, I will kill all of you,” he told the pair.

Loborec then grabbed a butter knife, lunging at the complainant and telling him: “I should kill you, you old c–t.”

He said he would rather spend “the rest of his life in prison” because he got three meals a day and he had “lost the plot” and no one would help him, the statement of facts tendered to the court reads.

Later that night, Loborec hit and kicked the victim while shouting: “I want f–king heroin and you go and get it now!”

He relented after his other housemates confronted him about the assaults.

The next day, the 62-year-old found a phone and called police before he was transported to hospital.

Loborec was arrested and remanded in custody.

In multiple monitored phone calls from prison, reviewed by police, he expressed no remorse for the offending.

In another, he says: “I f–king tortured the c–t and f–ked him up. He is lucky I did not f–king murder the c–t.” 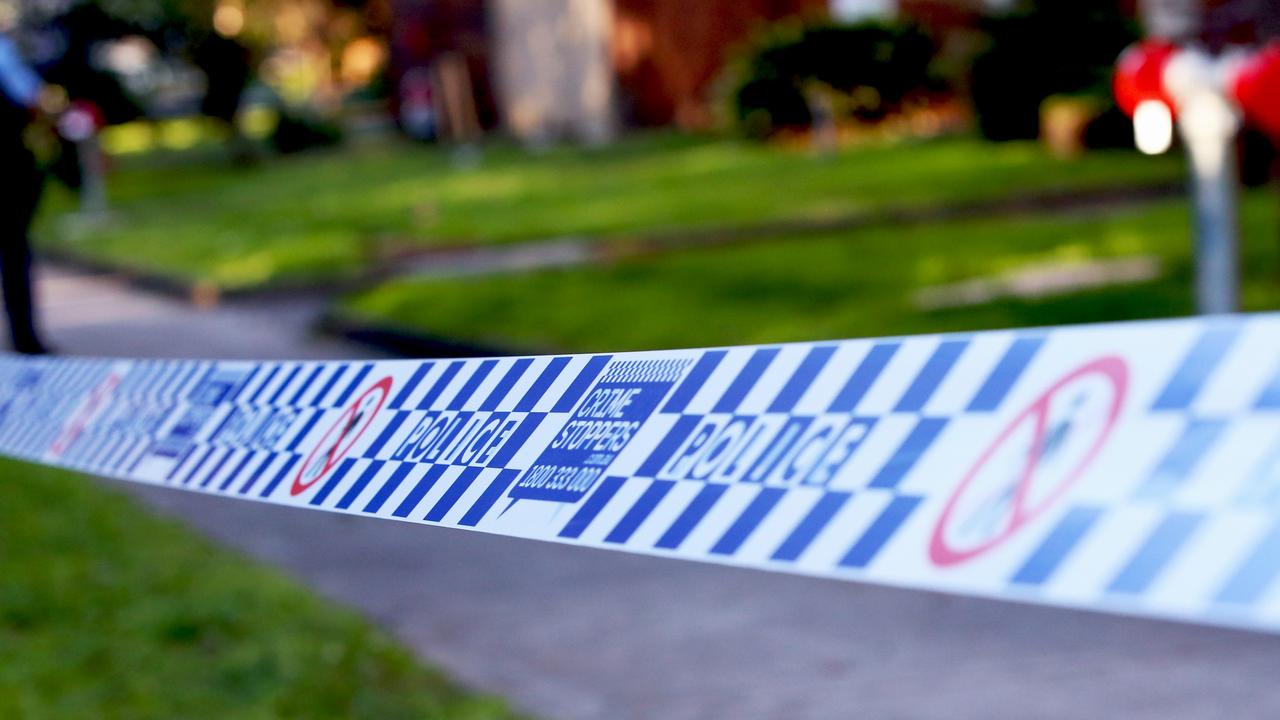 Loborec continued that he hit the man so hard “his eye popped out” and it was “not his fault” because “his life is over anyway so who gives a f–k about his vision”.

The statement of facts continues with Loborec phoning his family members while on remand in custody, asking them to contact the victim and other witnesses to discourage them from attending court.

“I am telling you, if these c–ts go Crown witnesses against me, they will literally have to enter witness protection program,” he tells his mother in October 2021.

He then says he has “a mate” who will go and see the witnesses if they put in statements against him.

In another call, Loborec says he met a “cool c–t” in prison and explained they would go see the victim and “have a chat”.

He said the pair were going to go around and say: “Make sure you do not show up for court or you are f–ked.

“They are going to have to enter the witness protection program if they come to court and give evidence against me,” he says on October 26, 2021.

“I am telling you right now, I do not give a f–k, whether it is 10 years from now, these two mother f–king junkies.

“I hate junkies. Tell my lawyers to tell them if they go Crown witness against me they better f–king enter the witness protection program.”

Police obtained statements from the victim and his son after reviewing the calls.

According to the facts, the son told officers he was approached by Loborec’s father on May 11. He told him he would be “waiting outside of the courthouse” and would be “flogging” his father.

The son said Loborec’s father repeatedly said: “Your dad’s dead, we are going to kill your dad. Pass the message on.”

Loborec’s father had also went to the victim’s home and threatened him and one of the housemates who witnessed the offences, the facts say.

While there, he gestured as if he was holding a rifle, pointing in their direction while saying: “If my son does substantial time in jail … You know what I am talking about? You got it. You know what I mean?”

Loborec’s father approached the victim again while he was walking to the shops, offering him a lift.

As he realised who he was and tried to get out, Loborec’s father said: “Do not get out of this f–king car. We are going to have a talk.”

In a psychology report seen by NCA NewsWire, Loborec claimed throwing the phone was “an accident”.

“He demonstrated little insight or awareness into the consequence of this action, exhibiting a sense of entitlement to being forgiven,” his treating doctor opined.

“He denied any intent to hurt the complainant’s eye.”

In the documents, Loborec claims to his doctor he had stepped on a needle in the living room on the day he assaulted the man returning from hospital.

His doctor said he appeared to be minimising the seriousness of the offending.

Loborec told the doctor he grew up in a “dysfunctional” home and only completed up to grade 10 schooling because he found it “stressful and difficult to pass”.

He was bullied, got into fights and disliked being around other people due to his anxiety.

“He reported having been told he had a learning disability and was prescribed Ritalin at 14 after he was diagnosed with attention hyperactivity deficit disorder (ADHD) and obsessive compulsive disorder (OCD),” the documents state.

Loborec reported to his psychologist that he began misusing and forming a dependence on Ritalin before being introduced to the drug speed and then ice by 18.

He also developed serious drinking problems – consuming up to 12 beers a day, the documents state.

The psychologist said Loborec explained that substance abuse was a “way of coping” with his mental health problems.

He reported having been diagnosed with schizophrenia, drug-induced psychosis and bipolar disorder, she explained.

In the documents, Loborec’s psychologist said he reported experiencing auditory hallucinations but expressed they were “not distressing at the time” and were being appropriately managed with medication.