Thousands of dead fish have washed up on a popular tourist beach in South Australia.

The dead carp, which have been washing up since Thursday, are believed to have flushed out into Middleton Beach from the mouth of the Rivery Murray with rising floodwaters.

Tourists and locals described “hopeless” scenes as they headed down to the water’s edge and discovered the carp piled up.

“We’ve never seen anything like it,” a swimmer told 7NEWS.

“They look quite hopeless, which is quite sad,” a surfer said. 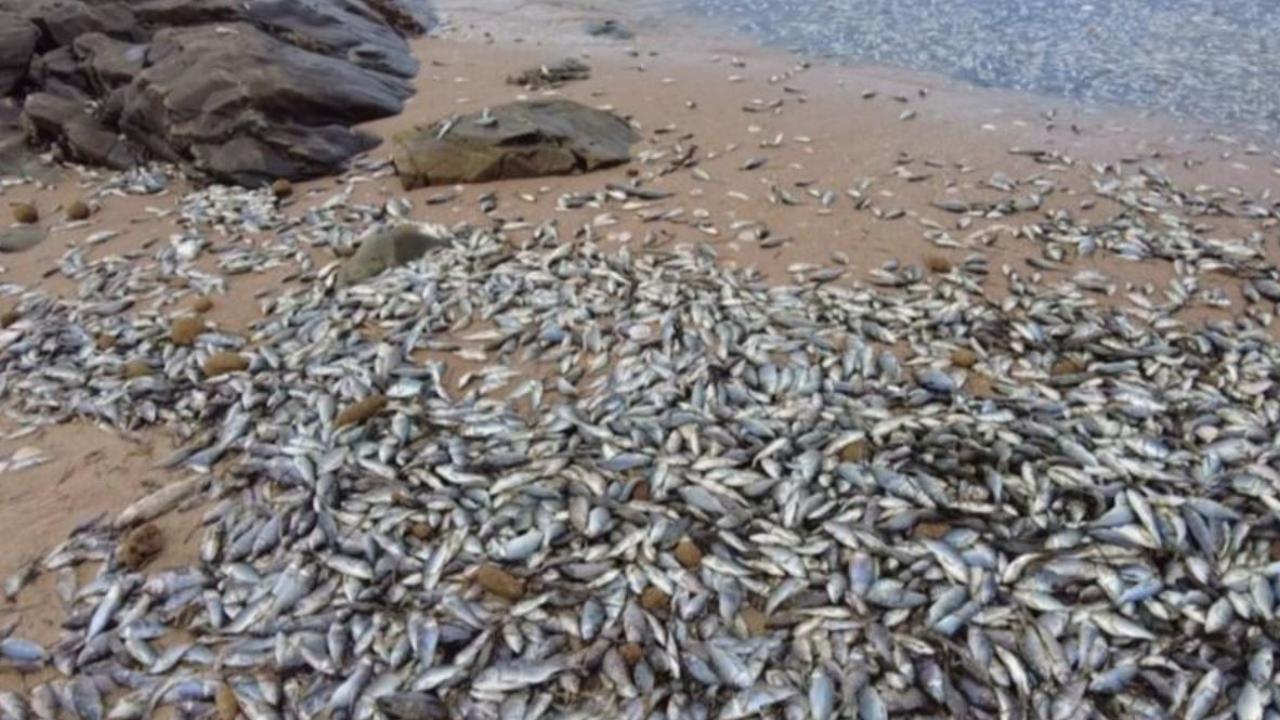 Thousands of carp washed up on an SA beach. Picture: 7 News

“They’re kind of just bobbing towards the top surface and there’s lots of them you can feel them squirming in and around your legs.”

In November last year thousands of dead fish washed up on Semaphore Beach in Adelaide.

The fish were believed to be sardines or anchovies.

The Department of Primary Industries and Regions SA (PIRSA) said fish-kill events can happen due changes to environmental factors such as temperature, salinity or oxygen levels, or through the introduction of disease or pollutants.

Flooding from the River Murray inundated more than 3,000 homes in South Australia over the last two months.

The river peaked in all affected South Australian town two weeks ago with flows of more than 190 gigalitres of water rushing through each day.