Australian actor and Stranger Things star Dacre Montgomery never expected a missed call to change his life – or that it would present Hugh Jackman as his role model.

Montgomery, who experienced a stratospheric rise to fame after starring as Billy Hargrove on the global Netflix sci-fi hit, credits Jackman with helping him navigate his way through stardom after the Greatest Showman A-lister unexpectedly reached out to him. 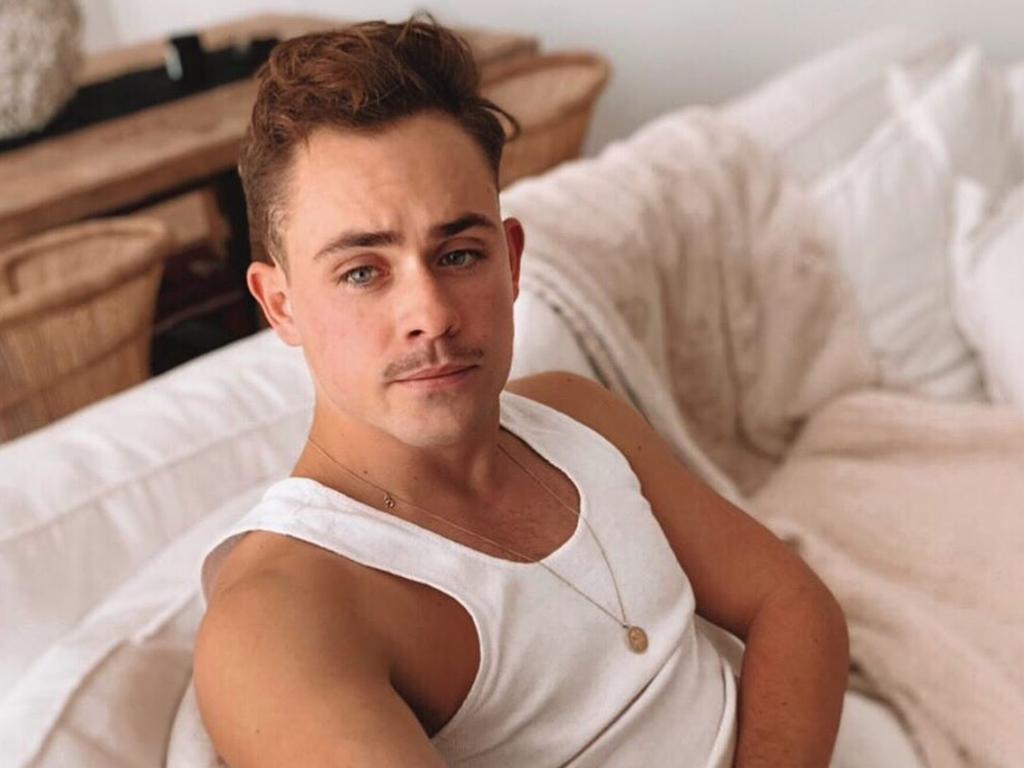 Dacre Montgomery is in Sydney to attend the GQ Men of the Year awards. Hugh Jackman has been a mentor to Dacre Montgomery. Picture: Getty Images

“Randomly during the pandemic I had this missed call from an American number so I left a voice message and it was Hugh Jackman,” Montgomery recalls.

He says that initial contact has become a source of inspiration and advice for him.

“He’ll make time even after finishing a show on Broadway,” he says of Jackman. “He’ll ring at 10pm at night and be like, ‘Here’s what I think you should do’.” 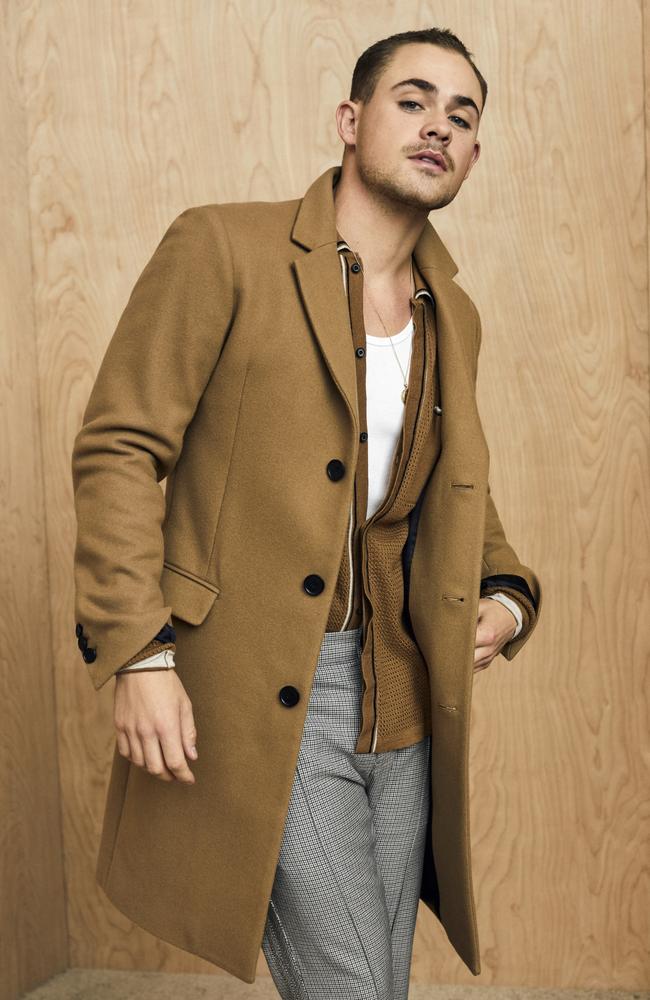 For Montgomery, meeting men he has looked up to is a reminder there are really great, genuine people out there – no matter how famous they are – and we can all strive to be that genuine.

He says Jackman defines what it is to be a modern-day role model for men and he hopes to pass the wisdom to other young Australian men.

Montgomery is in Sydney to attend the GQ Men of the Year awards in association with BOSS. 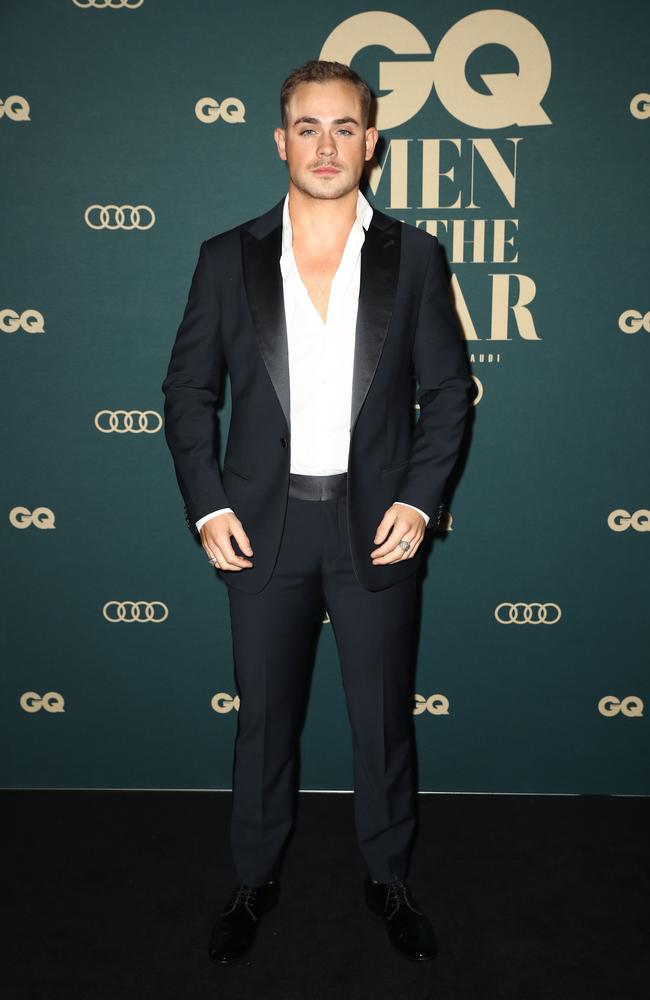 Dacre Montgomery was TV Actor Of The Year in 2018 at the GQ Australia Men of The Year Awards. Picture: Getty Images for GQ Australia

The black-tie event will unite leaders from across industries in one room to celebrate a year of incredible achievements.

“I have no words for how flattering it is to be acknowledged by this community and this country,” a then 23-year-old Montgomery from Perth told the GQ Men of the Year awards audience in 2018.

Reflecting on his recognition as 2018’s TV Actor Of The Year, Montgomery this week says: “Sitting there in the audience after a reasonably successful year, I felt extremely fortunate.”

Montgomery says being a good role model doesn’t have to be complicated. He tells young actors who contact him: “Don’t focus on all the noise that’s around you, focus on the job and focus on being a nice person that rocks up on time. Everything else is peripheral.”

He says his advice is simple no matter who you are or what your job entails:

● Don’t let others distract you from being yourself.

● Always strive to be kind and the best version of yourself.

Montgomery feels honoured to return for the awards, which have been on hiatus since 2019, because he knows they will inspire so many. 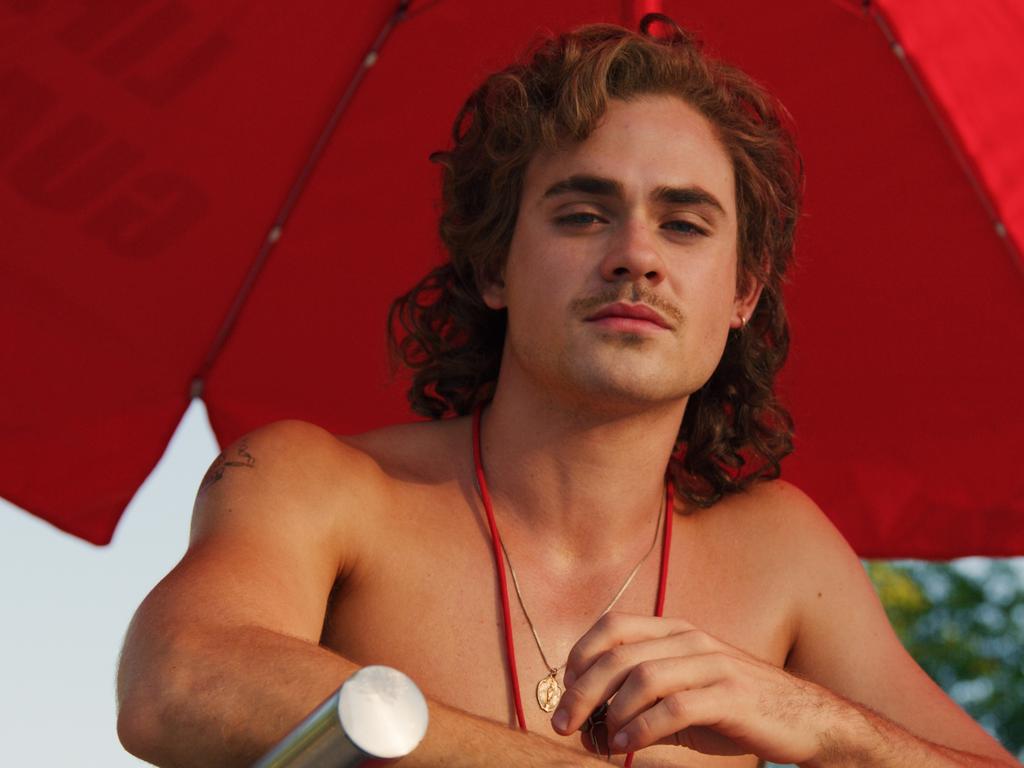 Australian actor Dacre Montgomery in a scene from Season 3 of Stranger Things.

“The GQ (MOTY) awards, to me, is my favourite award ceremony because it’s celebrating so many different men and women across different fields,” Montgomery says.

“The ceremony is unique for that fact.

“There are few other awards that bring together athletes, actors, artists, designers, musicians, and politicians to celebrate their year of achievements.

“The one thing that unifies them? They are all role models.”

“It might seem a bit rich to hold an awards evening celebrating men in 2022, especially when there have been so many examples of men behaving badly over the past few years,” Millar says.

“But that’s exactly the point. Perhaps more than ever before, young guys need people they can look up to, figures who are achieving success not just professionally, but personally, as well-rounded individuals. 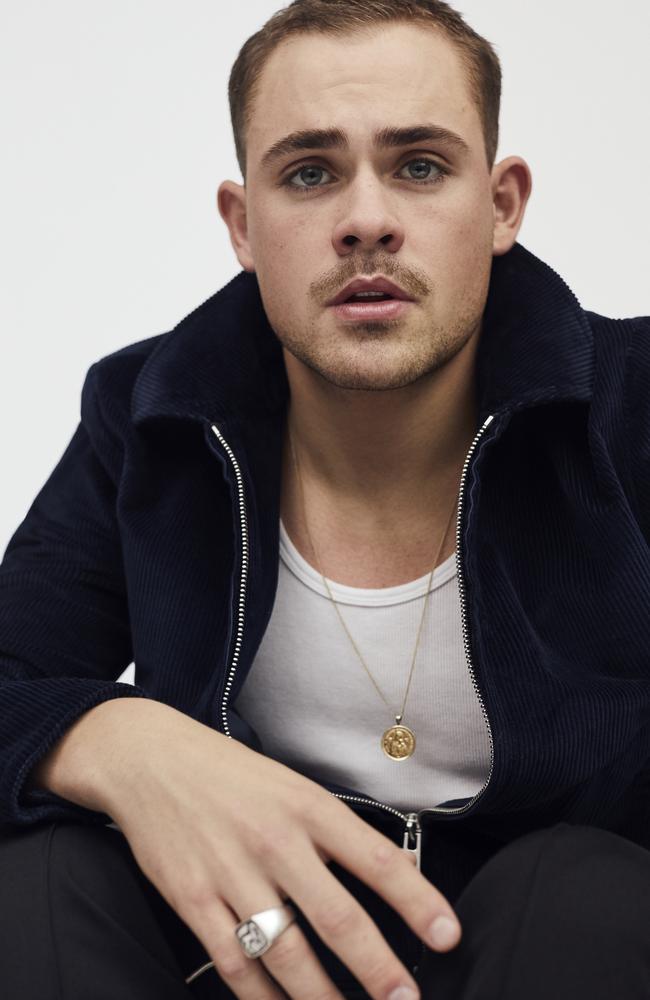 He says masculinity is constantly shifting, and male role models – in all variations – are imperative to help the next generation figure out the sort of men they want to be.

He describes GQ Sportsman of the Year nominee Harry Garside as a perfect example.

Garside is a former plumber and professional boxer with a mullet – a pretty traditional stereotype of manliness.

But he’s also a ballet dancer who experiments with gender in his fashion and is leading the charge when it comes to openness about mental health.

“Leaders like Garside are changing the definition of masculinity for the better,” Millar says.

The 2022 GQ Men of the Year Awards in association with BOSS will be presented on Wednesday at Crown Sydney.

It will be covered live on the night, on gq.com.au.

A special Men of the Year collector’s edition magazine will be available in The Australian newspaper on Friday.

The magazine will include features and photo shoots that go behind the scenes with the winners and tell the stories of their incredible years.

For all of the details on this year’s awards visit: gq.com.au/moty