A Tesla crash has sparked the fury of locals after it mounted the kerb on a busy city street, with concerns that speeding in the area could end someone’s life.

The car was allegedly travelling at “high speed” down Bowman Street in Pyrmont when the dramatic crash took place, mounting the kerb and travelling into a park before returning to the street, according to witnesses.

“It’s so lucky that someone didn’t get hurt,” a witness told NCA NewsWire. 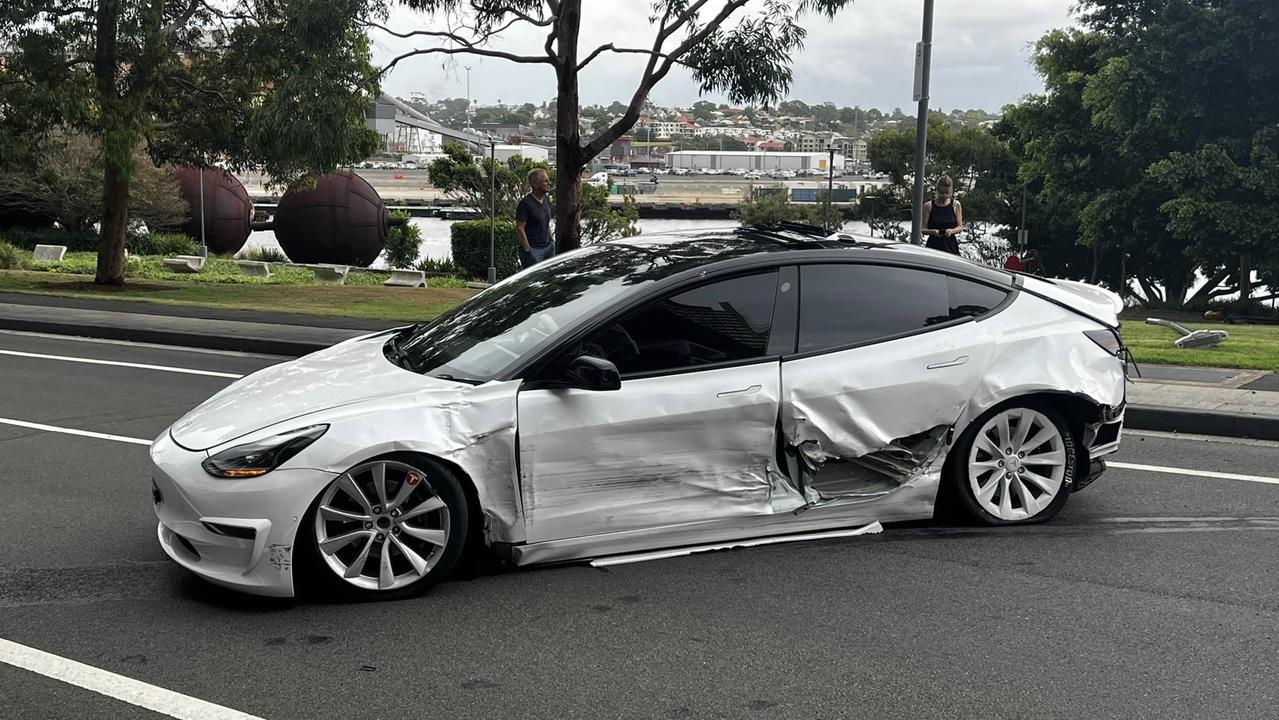 Witnesses have been told that the car was travelling at “high speed” before crashing. 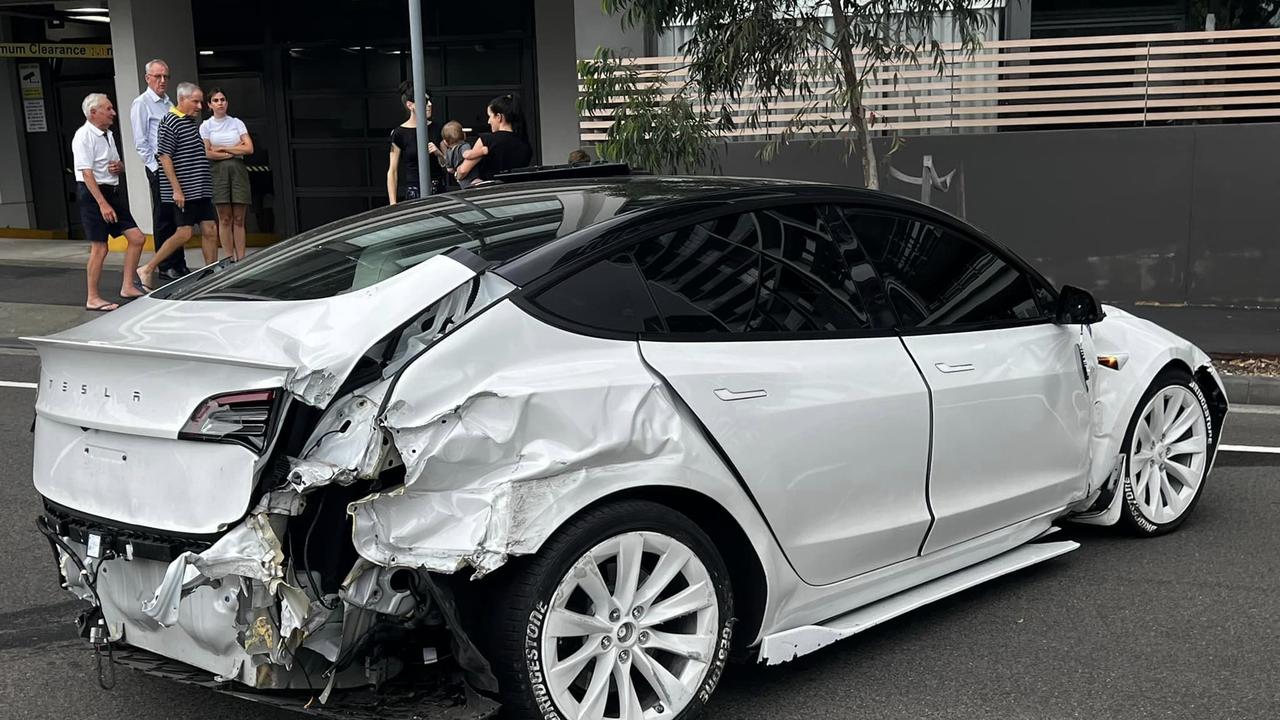 All sides of the luxury vehicle were impacted by the major crash.

“There are so many pedestrians, it’s school holidays and there’s a busy park next door.”

Another witness described how another car turning into the street was taken out by the Tesla.

“It didn’t see the car flying down so tried to turn onto Bowman street,” local Tobias Goodman said.

“The impact of the two cars caused the Tesla to go flying, it hit two poles and swerved back onto the street and hit another car.

“It was left in pieces.”

NSW Police are currently investigating after they were called out to the scene following reports of a two-vehicle crash between a Tesla and a Mazda 3.

“A crime scene has been established and investigations are continuing into the circumstances surrounding the crash.” The Tesla travelled through the park and took out two power poles before returning to the street. 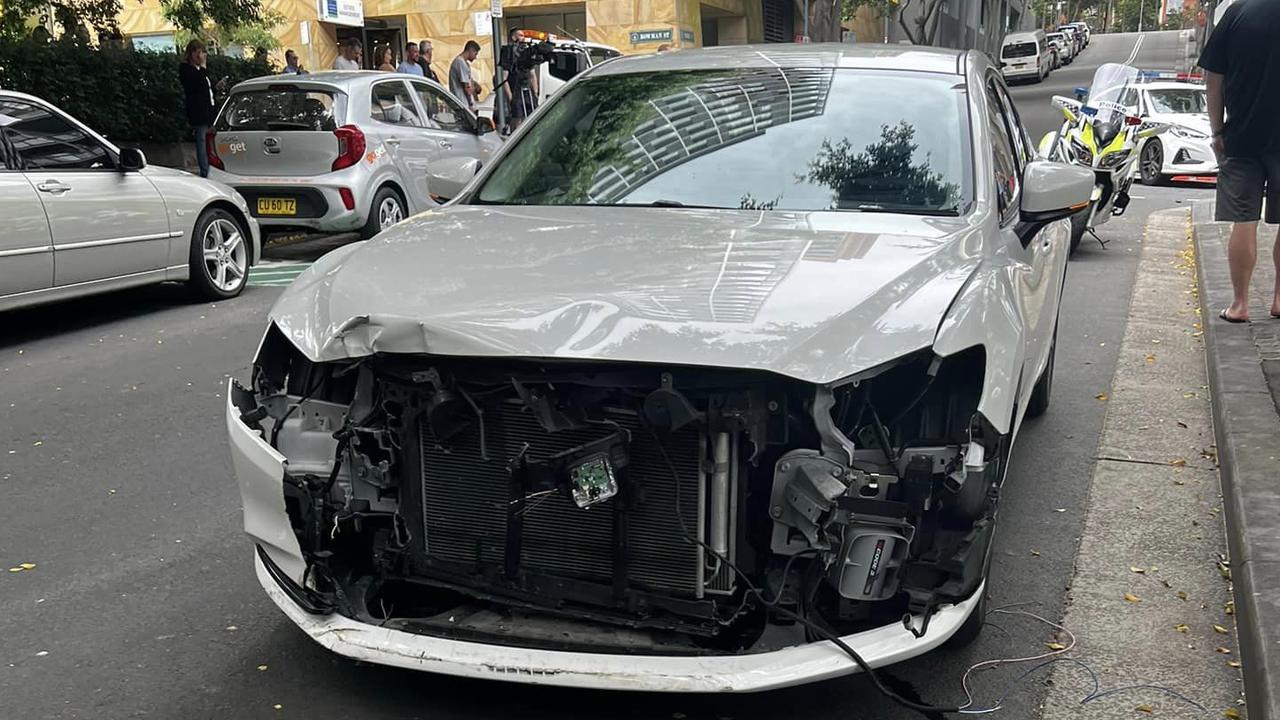 A second car was also hit in the ordeal.

Luckily, no one was seriously injured in the crash, with the driver of the Tesla questioned by police.

The driver of the Tesla, believed to be in his 30s, was taken to Royal Prince Alfred Hospital with minor injuries in a stable condition, while the Mazda 3 driver, also in his 30s, was uninjured.

Another witness who saw the aftermath of the crash described how the driver acted after the incident took place.

“The owner of the Tesla gave me the finger while being questioned by police!” they said on social media.
The crash has drawn the ire of those living in the area, who said they are afraid to cross the street, which is often used as a thoroughfare for speeding cars.

“I’ve seen so many moments of danger with so many cars speeding down there, it’s a straight road and people think that it’s fine to speed down but unfortunately it‘s a highly densely populated area with the high rises,” another local Tessa Goodman said. 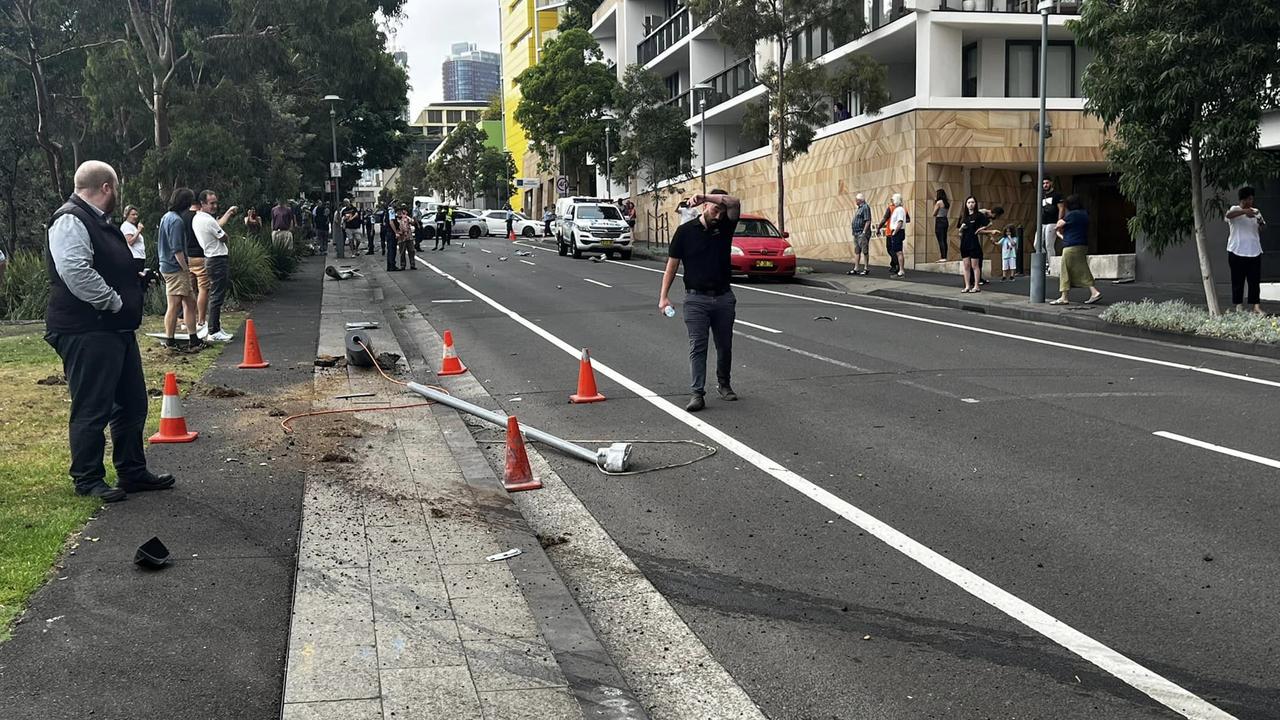 Witnesses have described how the car was left in “pieces”. 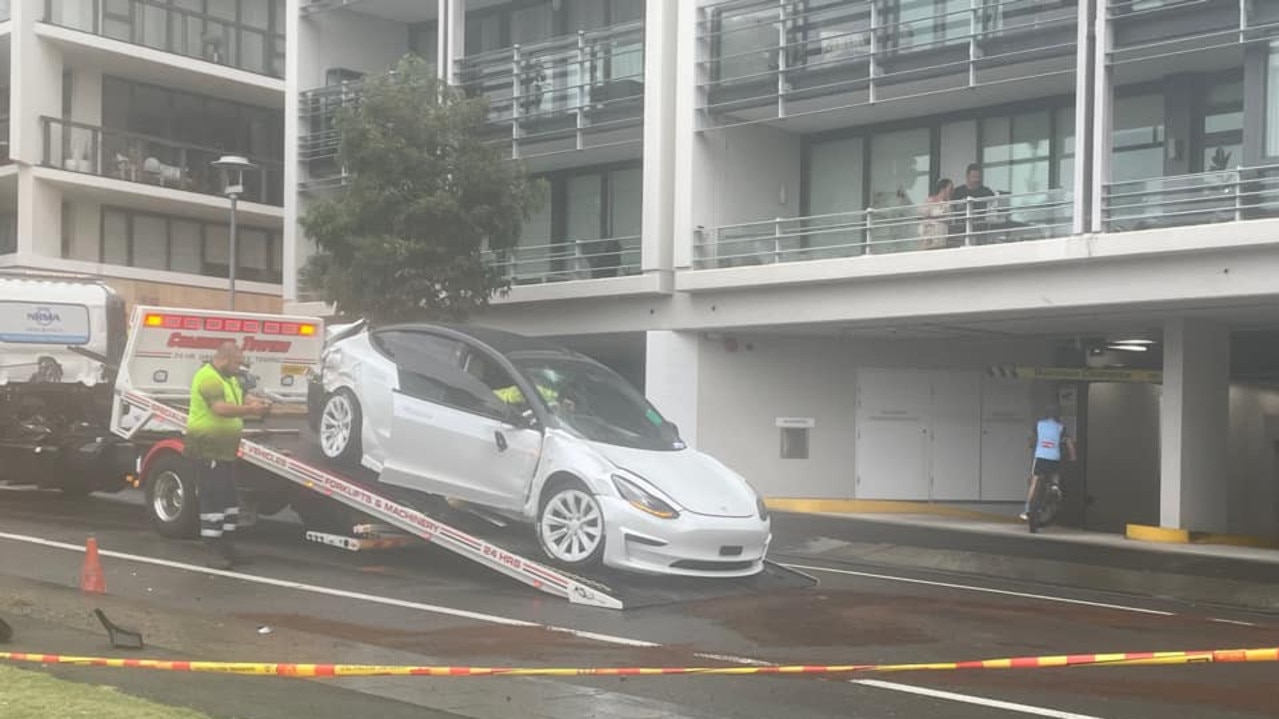 Locals have said that luxury cars often speed down the road, drawing fears about the safety of residents.

Mr Goodman said the “most upsetting” part of the crash is that he and other locals have been in contact with council to try and put in place speed bumps and other deterrents to stop the speeding.

“I’ve emailed council a year ago and I got a response from the mayor, but this is the closest that someone has come to getting seriously hurt.”

Despite the speed limit in the area being reduced to 40 km/h and additional lining being put in place, locals say that more needs to be done.

“There’s no pedestrian crossing, you can imagine its highly dense residential area and there‘s no where for people to cross safely,” Mr Goodman said.

“We need a speed bump before someone actually gets seriously injured…please let’s take the opportunity to prevent [an accident] and avoid acting when its too late,” Ms Goodman said.

“I don’t understand why they don’t want to fix the problem.”