A self-proclaimed “sovereign citizen” wrote a series of chilling letters while behind bars on remand for bomb threat charges.

The letters, penned by Matthew James Evans, targeted several country Queensland courthouses, claiming the courts had “no jurisdiction” to punish him before warning the courthouses would be “blown up” by “information bombs”.

“This bomb will blow up your building (LOL),” he wrote in one.

The letters – each page signed by him and fingerprinted with red ink – also featured vile accusations against judges.

Most of his handwritten notes began with “Dear R*****ed, illiterate Trustees” while branding them “kid f***ers” and “peadophile (sic) trustee Judges”. 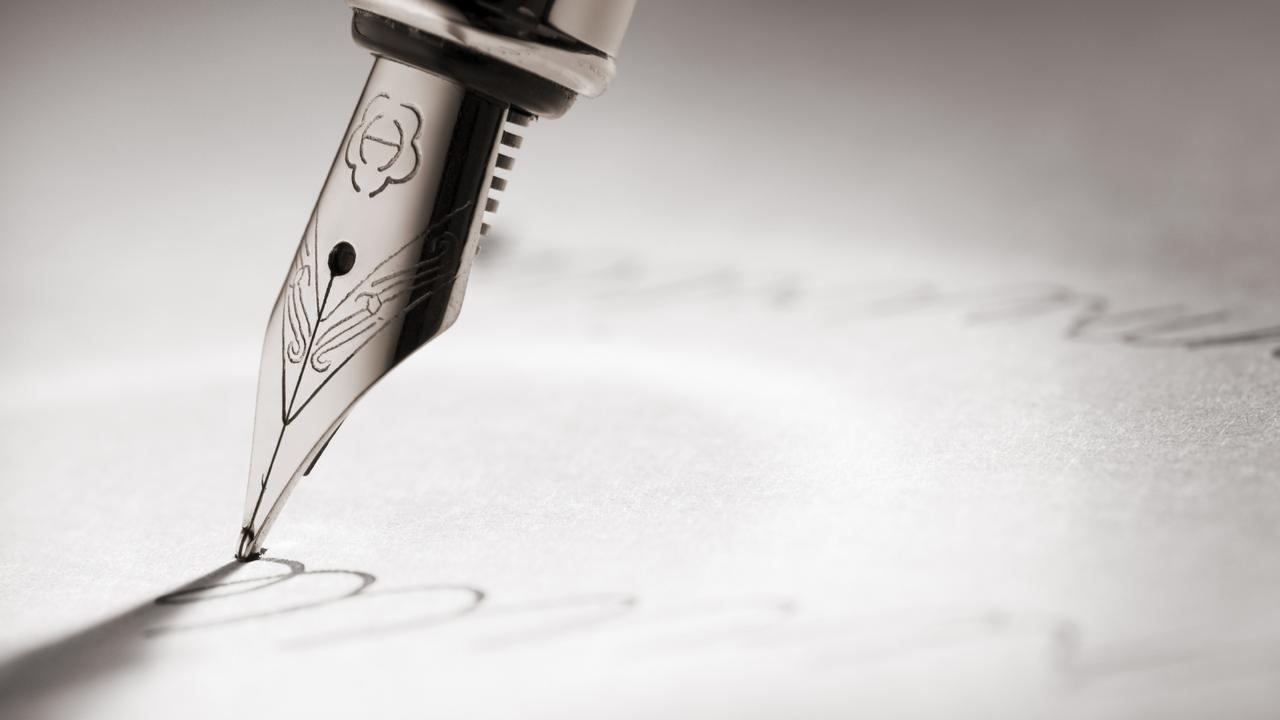 Matthew James Evans’ bizarre letters to courts across Queensland claimed bombs were planted in their buildings and threatened to ‘blow-up the facts’ with ‘information bombs’, as well as asserting vile accusations against judicial staff and judges.

The extent of his jail mail can be revealed after Evans, from Runnymede in Queensland’s South Burnett region, was sentenced at Brisbane District Court last month.

Thirty-seven other summary charges – ranging from breaching bail to evasion, public nuisance and obstructing police – were also dealt with.

In an agreed statement of facts tendered to the court, Evans first phoned the police station in Nyngan – a small rural community more than 500km northwest of Sydney – in June 2020.

Evans told the answering officer, “Hi, you bunch of c***s, there’s a bomb in your station, you f***s”, before hanging up.

He then called the station another 26 times, hanging up each time they picked up the phone.

Evans’ phone was traced to Logan in Queensland, where police checked his mother’s house at Logan Village.

The court documents state he answered a call from investigating officers, claiming he made the empty threats because NSW Police had “kept him in the sun for one hour with no water”.

Evans then called Policelink the next day, saying he didn’t mean to make the threats.

“He stated he meant that NSW Police were ‘bong heads’ and police thought he meant ‘bomb’,” court documents state.

Undeterred, Evans phoned the Stanthorpe Courthouse in southwestern Queensland in September 2021, angrily telling a staff member the court should not be open and was “committing treason”.

“After a moment of silence, Evans then yelled through the phone: ‘There’s a bomb in the courthouse’ and hung up,” court documents state.

The building was subsequently evacuated.

A month later, Evans started a live chat with an employee of the Family Law Court in the Sydney suburb of Parramatta.

He asserted a woman was committing child abuse and “birth certificate fraud”, before threatening to blow up the building.

A police investigation led to Evans’ arrest at an Aldi store in Kingaroy, Queensland.

His Runnymede property was also raided, where police discovered more than 27.2g worth of marijuana was growing.

During the raid, police seized a loaded pistol, crossbow, a homemade baton with nails sticking out the end, a water pipe, a pair of scissors, and a knife in his car positioned “like it could be easily grabbed by the driver”.

While on remand in pre-sentence custody, Evans penned several letters from the confines of his prison cell at Maryborough Correctional Centre.

He forwarded copies to courts in Beenleigh, Warwick, Stanthorpe and Goondiwindi over several days between February and March – each page signed by him and fingerprinted with red ink.

The handwritten letters also contained statements such as: “THIS BOMB WILL BLOW UP YOUR BUILDING (LOL)”.

In another letter to Warwick Magistrates Court, Evans blasted “illiterate peadophile (sic) judges” while claiming he would use “information bombs” as a “lawful defence against your provoked assualt (sic).

When interviewed, Evans admitted he sent the letters as part of an attempt to defend the “unlawful charges” police had laid against him.

He claimed they were not bomb threats and gave officers an information sheet, which contained the definition of the word “bomb”.

The court documents reveal Evans had also engaged in other dangerous behaviour, including evading police on the D’Aguilar Highway while driving 117km/h.

On that occasion, he also phoned police communications, claiming he was a “sovereign citizen” and police had no power to intercept him.

Others included speeding away from police in excess of 150km/h – filming himself while saying “it’s a f***ing high speed chase” – and tearing down Covid-19 QR posters at a Nanango IGA store while yelling staff had “no authority”. 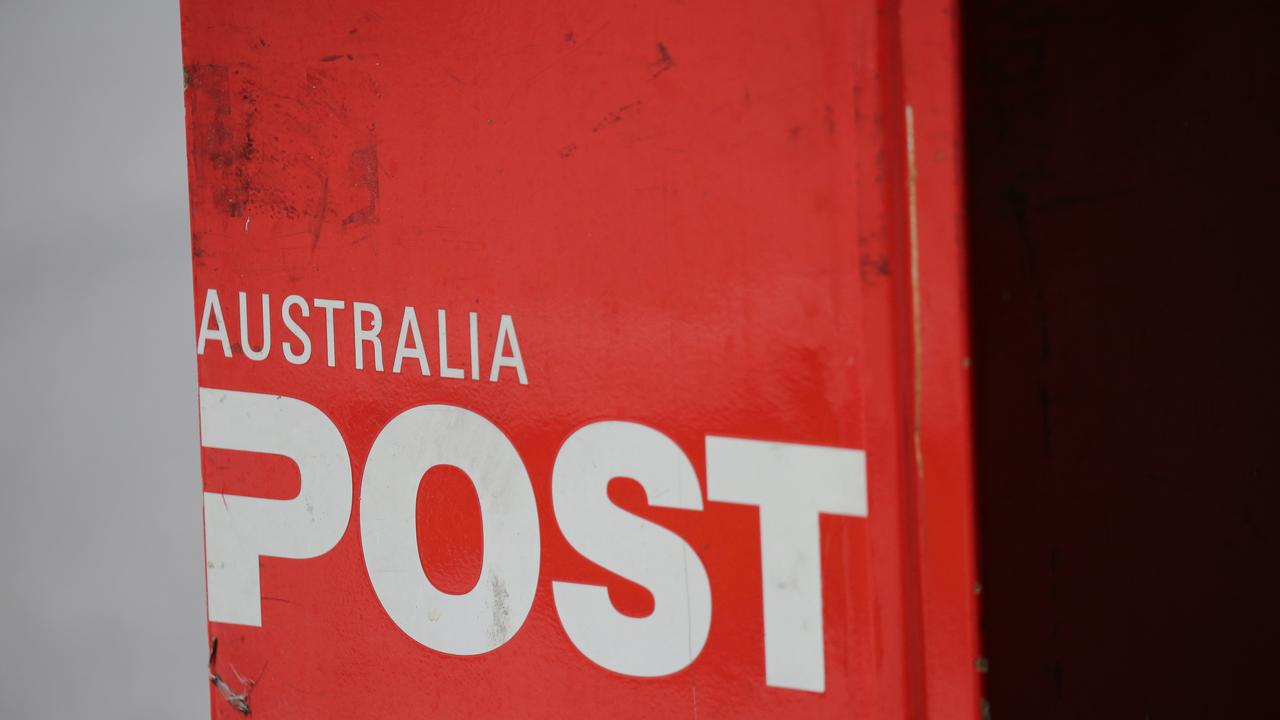 Evans had admitted to sending the letters while on remand in Maryborough Correctional Centre for similar offending. He claimed it was part of his attempt to defend the ‘unlawful charges’ laid against him”. Picture: NCA NewsWire / Christian Gilles

During court appearances before his sentencing on December 16, Evans claimed the courts had no jurisdiction over him because he was an “imperial crown subject” whose grandfather swore an oath to King George V, the great-great-grandfather of King Charles III.

He also threatened to sue a magistrate for “damages for fraud, treachery and treason” and asserted he could only be tried at the International Court of Justice at The Hague.

District Court Judge Brad Farr sentenced Evans to three and a half years’ jail, with a non-parole period of one year and two months.

With time already served, he will be eligible for parole in January.