A disturbing Schoolies “checklist” has emerged online featuring a number of sexually explicit and drug-based ‘challenges’ for school leavers.

End of Year 12 celebrations kicked off in Surfers Paradise on the Gold Coast on Saturday, with some attendees already causing controversy over their “feral” antics.

Now, one teenager has taken it upon themselves to share around an unsettling checklist to other partygoers, asking for help in ticking off the items listed.

The list includes 10 challenges, the majority of which involve sexual acts with “chicks”.

One of the tasks listed is to “hook up with a disabled chick” and to have sexual intercourse “somewhere f**ked”.

A number of the challenges involve illegal drugs, including doing a line of cocaine off a “chick’s ass” and filming yourself having sexual intercourse while “ripping a cone” (smoking marijuana from a bong). 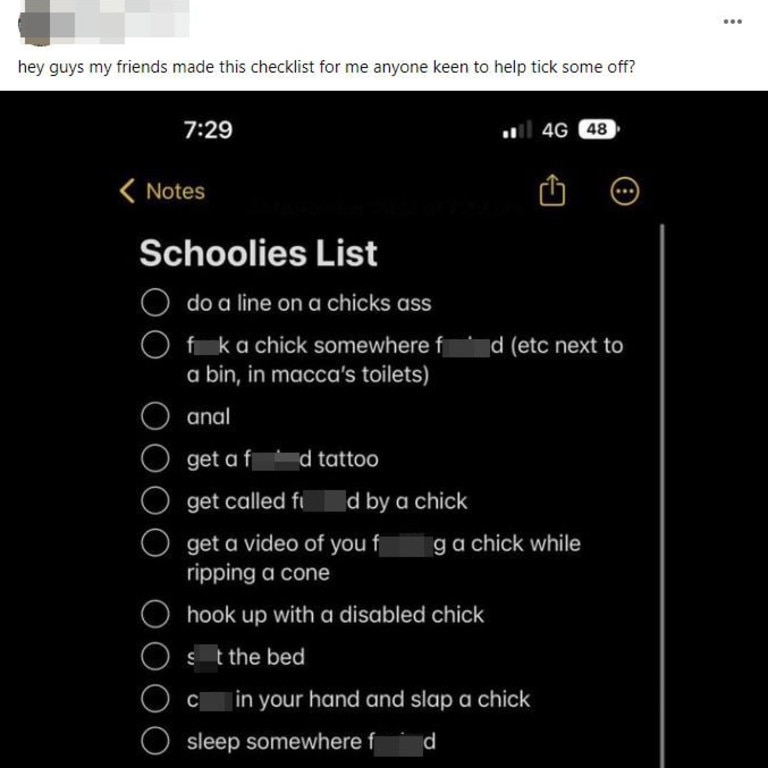 Other items include sleeping somewhere “f**ked”, defecating in a bed and getting a “f**ked tattoo”.

The disgusting posts were met with a number of likes and laughing emojis from other group members.

There was one commenter who took issue with the list and those that thought the post was humorous.

“Imagine thinking taking advantage of a disabled girl is funny,” one teenager wrote.

The poster was quick to defend himself, responding: “Never said take advantage did I. Can disabled girls not hook-up with people like every other girl?”

“Why not just hook up with a girl then instead of a disabled girl?” the commenter said.

‘What’s funny about that.”

The poster claimed he didn’t say it was funny, instead branding it an “act of kindness”.

“Because disabilities don’t bother me like they do some people,” he said.

Another commenter then jumped in to defend the poster, saying may be was “into girls with disabilities”.

“Girls with disabilities can get laid too,” they wrote. 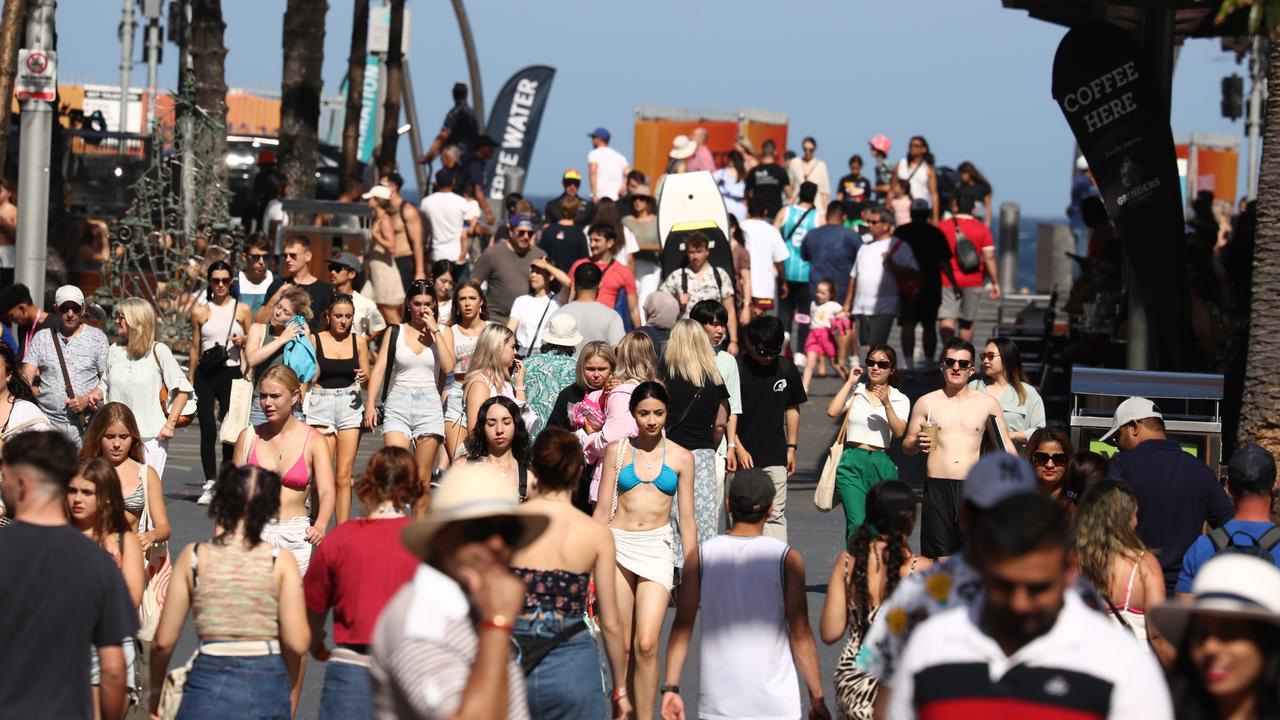 Schoolies celebrations have only been running for three nights, but already locals have been left furious by the actions of some revellers.

Murray Taylor, owner of Italian restaurant Nicolinis Surfers Paradise, has claimed the Schoolies attendees have “completely killed” his business the usual crowds of tourists and regular customers steer clear of the city’s entertainment precinct as it has become overrun by teens.

Now, Murray Taylor, owner of Italian restaurant Nicolinis Surfers Paradise, has claimed the Schoolies attendees have “completely killed” his business, saying the usual crowds of tourists and regular customers steer clear of the city’s entertainment precinct as it has become overrun by teens.

He told The Gold Coast Bulletin his trade had dropped by as much as 80 per cent since the celebrations began and he was “fed up”.

“Don’t get me wrong. I’m not completely anti-Schoolies but the drunken pr**ks causing chaos up and down Surfers Paradise Boulevard have completely killed us,” Mr Taylor said.

“There’s people spewing on the sidewalk and toolies carrying on and screaming while people are trying to enjoy a nice Italian meal. It’s ridiculous.” 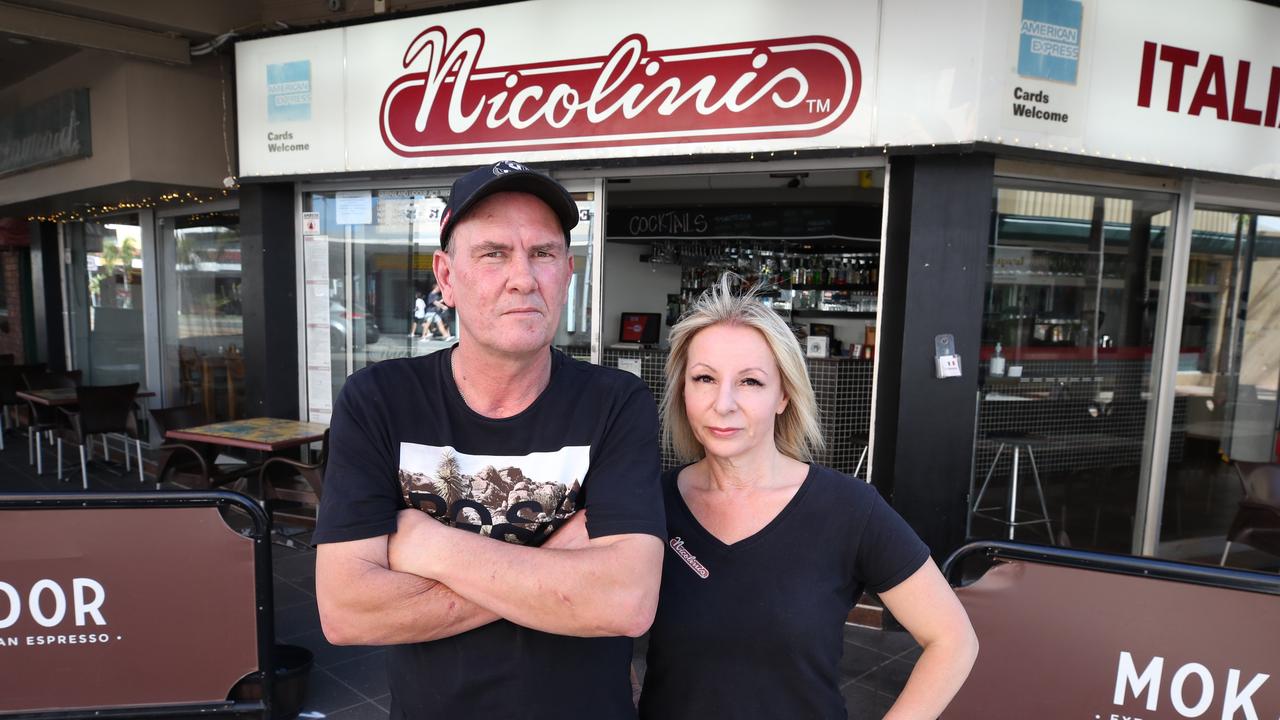 In desperation, Mr Taylor put out a call on social media, begging his loyal customers not to be deterred by the school leavers.

“To all our amazingly loyal & fabulous customers – please don’t let Schoolies keep you away as we are in the quiet part of town and we would love to see you tonight,” the restaurant said in a Facebook post.

“Unfortunately Schoolies has impacted the restaurants here as many people try to avoid the area but we can assure you that it’s business as usual and it’s quite peaceful here.”

In a bid to further entice customers, Mr Taylor offered a free drink to anyone who came in and mentioned the post.

The wild – and gross – antics of some school leavers have been exposed online, with many attendees not afraid to show the unglamorous side of Schoolies.

Videos posted to TikTok have shown the huge mess left behind on the street following the first few nights of partying.

Another person claimed Schoolies had “never been this bad”, saying the 2022 graduates “just don’t have the respect”. 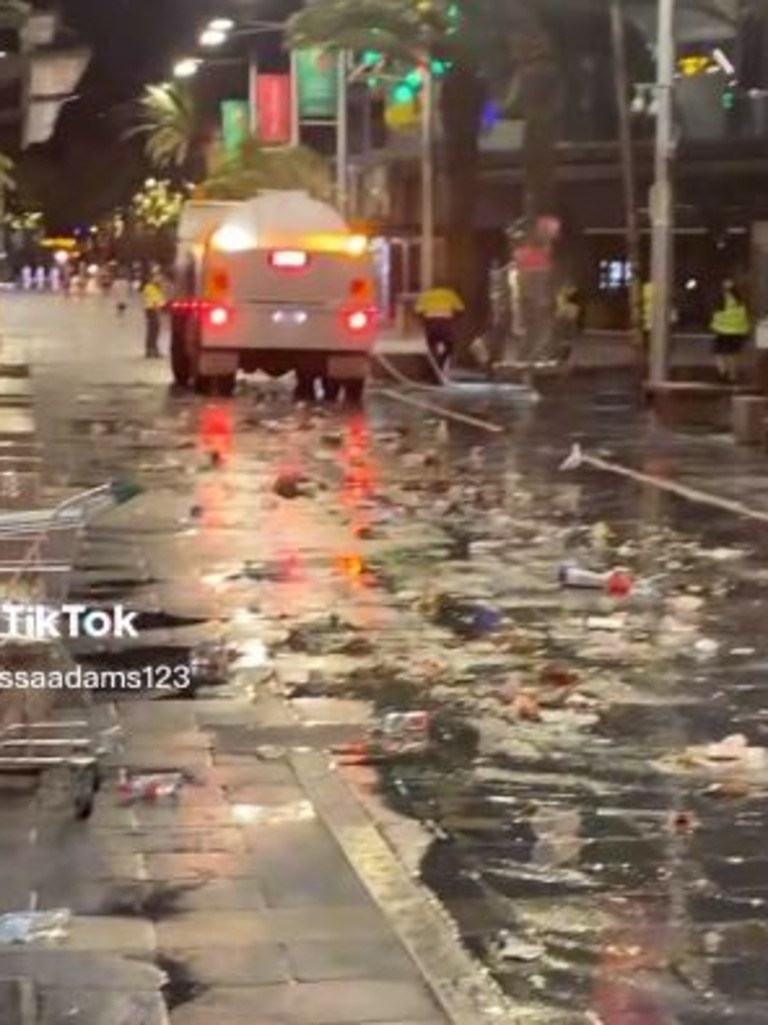 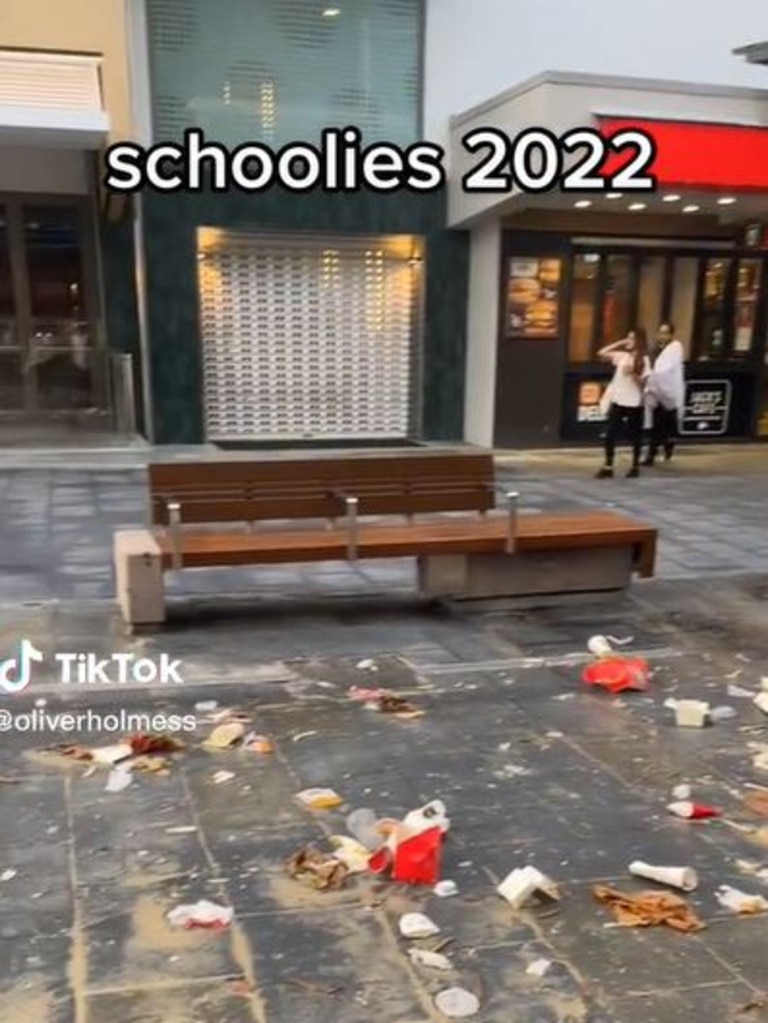 “Bruh does no one know how to use a bin or what,” one user wrote.

Despite the wild antics playing out online, Queensland Police have so far praised the actions of Schoolies attendees.

“We’ve seen our school leavers displaying a lot of maturity for their young years.”