A viral video shows the terrifying moment a South Australian teenager was knocked unconscious when a dangerous stunt at a Schoolies party went wrong.

Emergency services rushed to the scene of a Port Elliot caravan park on Saturday after reports a teenager had injured himself at a party.

A video has emerged of the moment 18-year-old Jude Lane flung himself off the roof of a toilet block onto a white trestle table.

Another teen is then seen jumping before crashing down onto Mr Lane’s head. 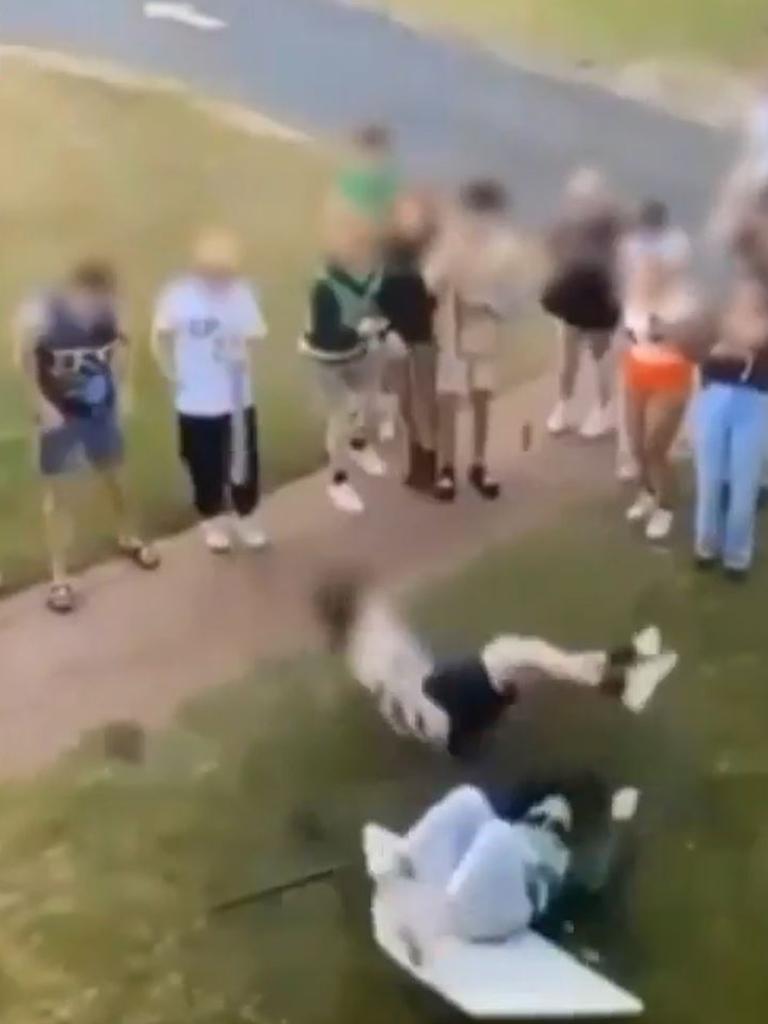 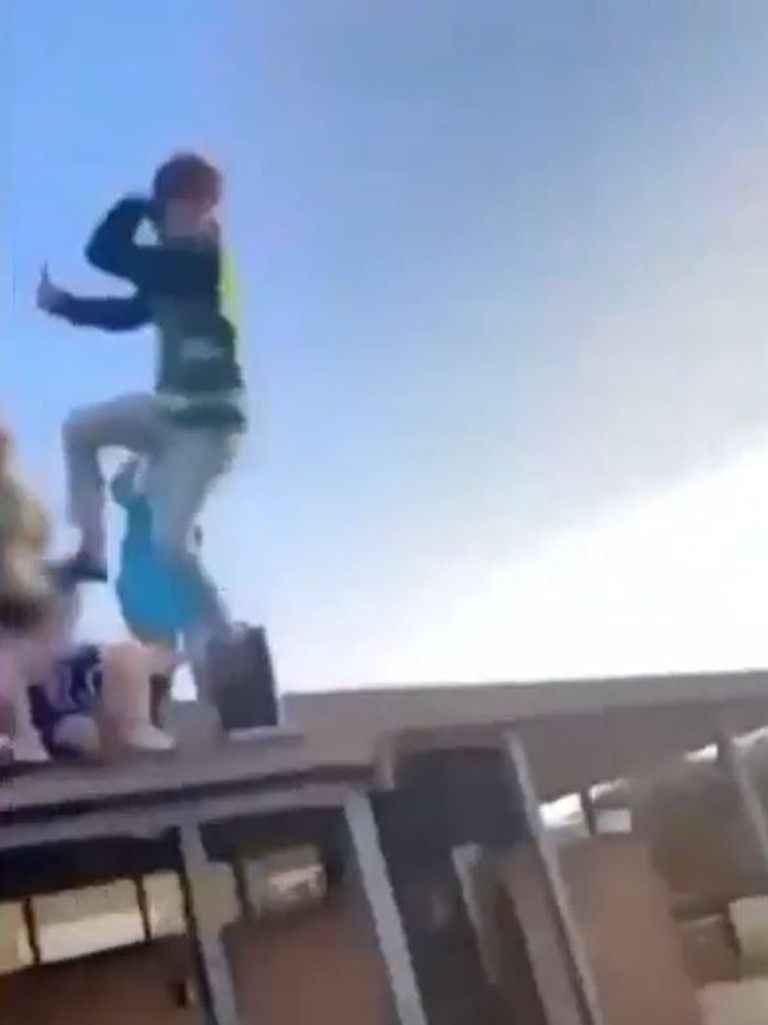 At the same time, another teen came crashing down on top of him. Picture: Nine News

“I remember as I was coming down, seeing my mate come down as well, which I didn‘t know was going to happen,” Mr Lane told Nine News.

The chilling moments that follow show the teen splayed completely still on the grass lawn as the crowd of onlooking teens rush to his aid.

Shockingly some of the teens point their phone cameras at the unconscious teen as he remains motionless.

Mr Lane was unconscious for a total of two minutes.

“I remember then waking up on the ground with nurses around me asking if I was OK,” he said. 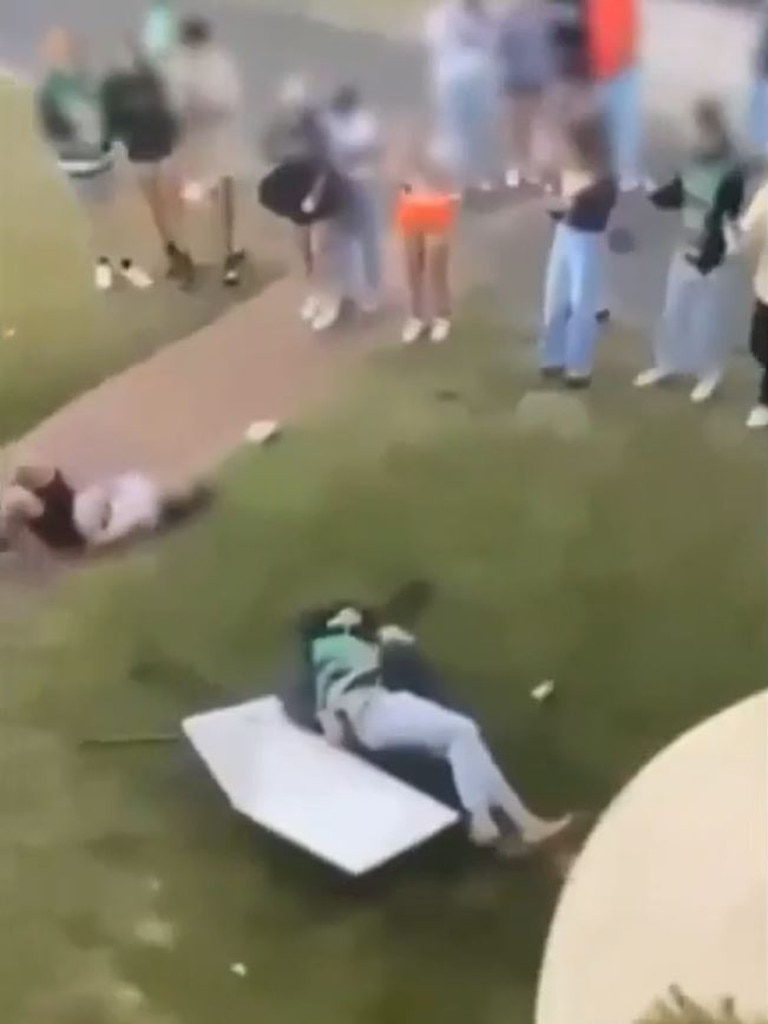 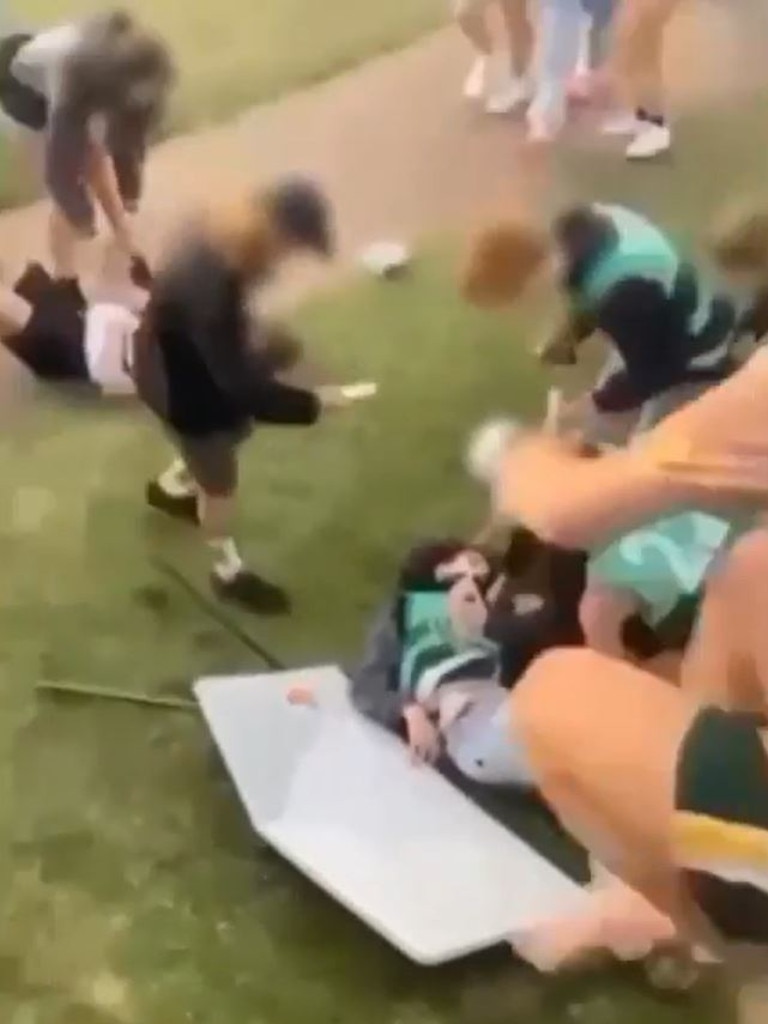 Some of the teens shoved cameras into the teen’s face. Picture: Nine News

When paramedics arrived he was rushed in an ambulance to south coast District District Hospital where he was diagnosed with a concussion.

He was discharged from hospital later that night.

“It’s not the kind of thing a mother wants to see a kid doing,” mum Helen Lane said. 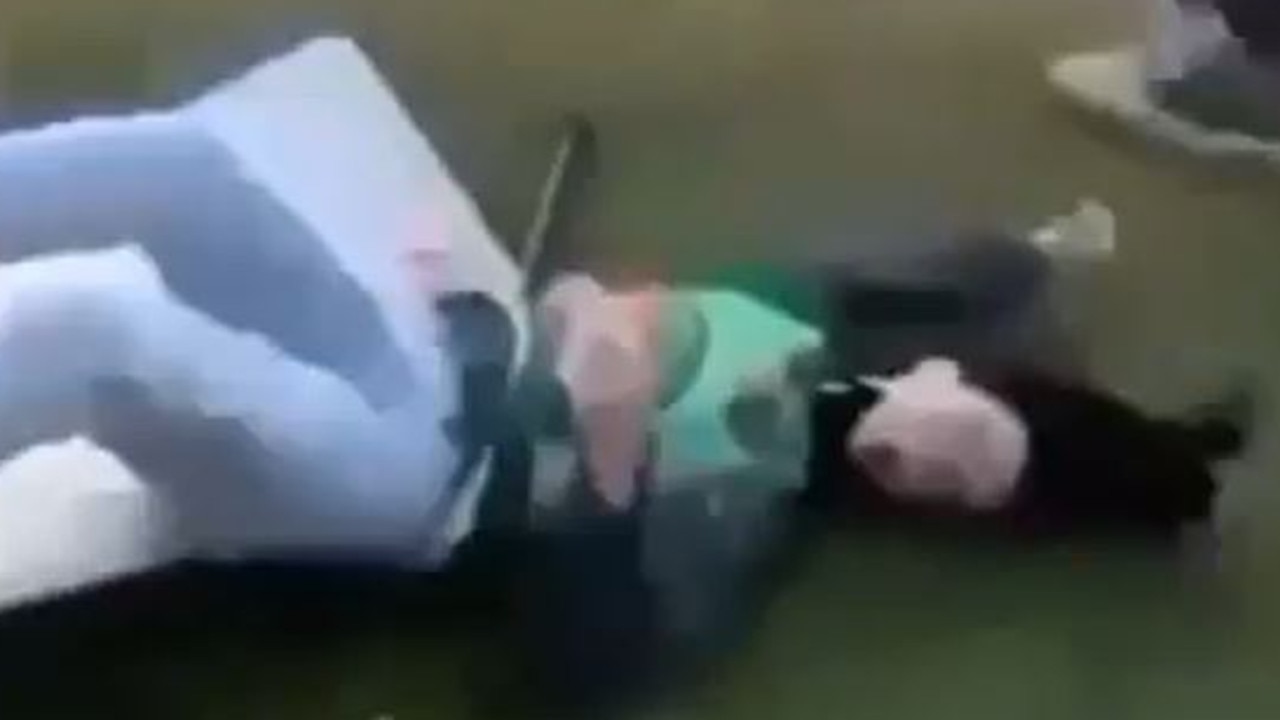 The teen was diagnosed with a concussion but was discharged from hospital that night. Picture: Nine News

The 18-year-old has said he regrets the stunt and realises it could have turned out “a lot worse”.

“I guess I was trying to be funny and get some attention at the end of the day,” Mr Lane told Nine News.

“(I‘m) definitely pretty lucky, it could have been a lot worse but I came off pretty scot-free in the end.

“It definitely makes me feel pretty bad that I put my friends and family in that situation.”