A Chinese exchange student drowned after his ankle got caught in fishing line while free diving in Tasmania, a coroner has found.

The 16-year-old boy, known to his friends and family as Harry, was studying at Taroona High School since February 2018 and enjoying his life in Tasmania before he died on November 7, 2021.

Tasmanian Coroner Robert Webster found Harry had been passionate about free diving and swimming, having gone on several trips with friends to look for crayfish and abalone.

On the day of his death, Harry had organised a trip to Lighthouse Bay, near the southernmost point of Bruny Island.

The teenager was free diving at Lighthouse Bay, Bruny Island, when he drowned. Picture: Adam Gibson/Supplied

The coroner’s report found Harry had planned on catching abalone and lobster while diving with a 29-year-old friend.

The pair were in the water for “some time” before the other diver noticed Harry wasn’t responding to his signals.

GoPro footage provided to the coroner showed Harry was “suspended motionless under the surface of the water”.

His friend tried to assist by pulling his arm but was unable to pull the 16-year-old to the surface despite his efforts.

The 29-year-old man made his way back to shore to call for help.

Polair was tasked to the scene, and qualified police diver Senior Constable Todd Melville entered the water to try to reach Harry, whose head was observed to be about two metres from the surface of the water.

The coroner’s report found Constable Mitchell was unable to pull Harry to the surface.

“It was only after Constable Mitchell removed (Harry’s) fins that he noticed the nylon line of the spear gun wrapped around (his) ankle,” the report stated.

“That line was difficult to see because of the amount of bull kelp growing in the area”.

Constable Mitchell cut the line and Harry was taken back to shore. 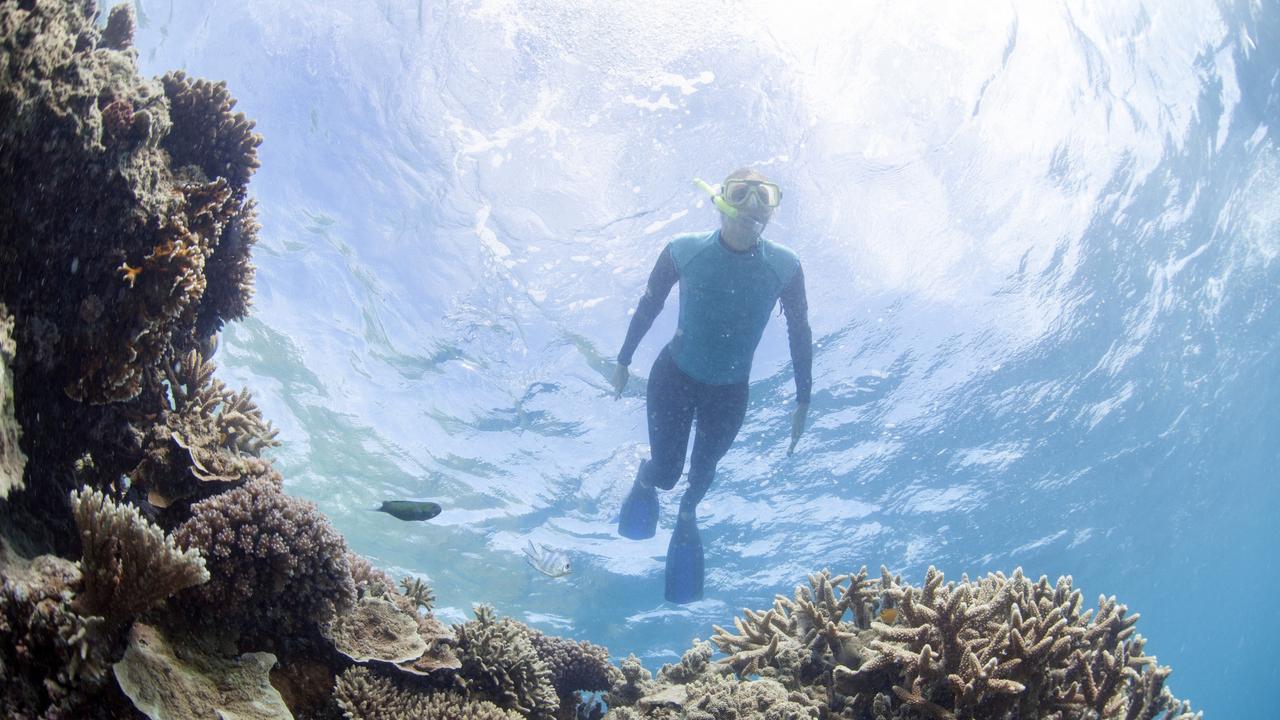 A coroner found the Chinese exchange student’s ankle got wrapped around the fishing line of his spear gun, causing him to get stuck and down. Picture: Supplied

The coroner found the spear had been stuck in rocks on the ocean floor, which would have prevented Harry from being able to swim to the surface once he got stuck.

“Constable Mitchell believes that a fish had been shot and was still attached to the spear shaft, as there was a lot of fish activity in the area of the spear,” Mr Webster said in his report.

“This has tethered (Harry) to the spear shaft which was wedged between rocks on the sea floor.”

The report found Harry had also attempted to free himself by releasing his weight belt in a bid to be able to float to the surface.

Mr Webster recommended people who choose to free dive should never do so alone and should always dive with someone who is experienced.