A Mexican-themed bar in Sydney has been called out for displaying a racist figurine after a customer spotted it sitting on the bar.

Cantina Bar in Balmain has been named and shamed in a viral TikTok video for keeping an antique figurine at the register with a derogatory phrase painted on the back.

TikTok user @fkmgmt shared the video on Monday to her 120k followers and it has already racked up more than 2.8 million views.

“Get this removed from Cantina Bar Balmain,” the video is captioned. 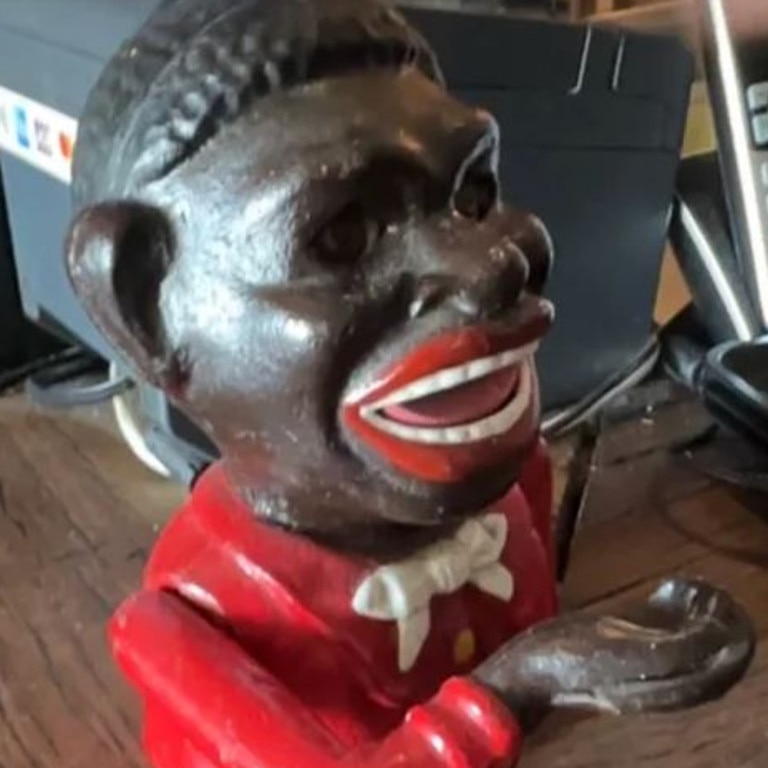 A racist figurine was spotted in Cantina Bar in Balmain. Picture: TikTok

The video features a money bank figurine in the shape of a dark-skinned person with the words “jolly n***er bank” painted on the back.

“Do you think this should be left out if it has the N word on it?” she can be heard asking the bar staff.

The TikTok user explained that she had asked the bar staff if they could remove it but claimed she was told “the owner loves it and doesn’t want them to touch it”.

People were divided in the comments section, though many expressed outrage over the bar’s refusal to remove the figurine.

The bar staff are lovely but they couldn’t remove it because the owner loves it and doesn’t want them to touch it. #sydney#balmain

“I collect antiques and had one from years ago, (to) be honest I don‘t feel comfy with it horrible words,” one user commented.

“Y’all should of just accidentally knocked it over,” a second wrote.

“You should’ve just taken it and thrown it away im kinds sad no one before has,” another said.

The comments section also attracted users who suggested that removing the figurine would be akin to erasing history.

A Cantina Bar spokesperson told the NCA NewsWire that the figurine had been removed and they apologised for any harm caused to members of the community. 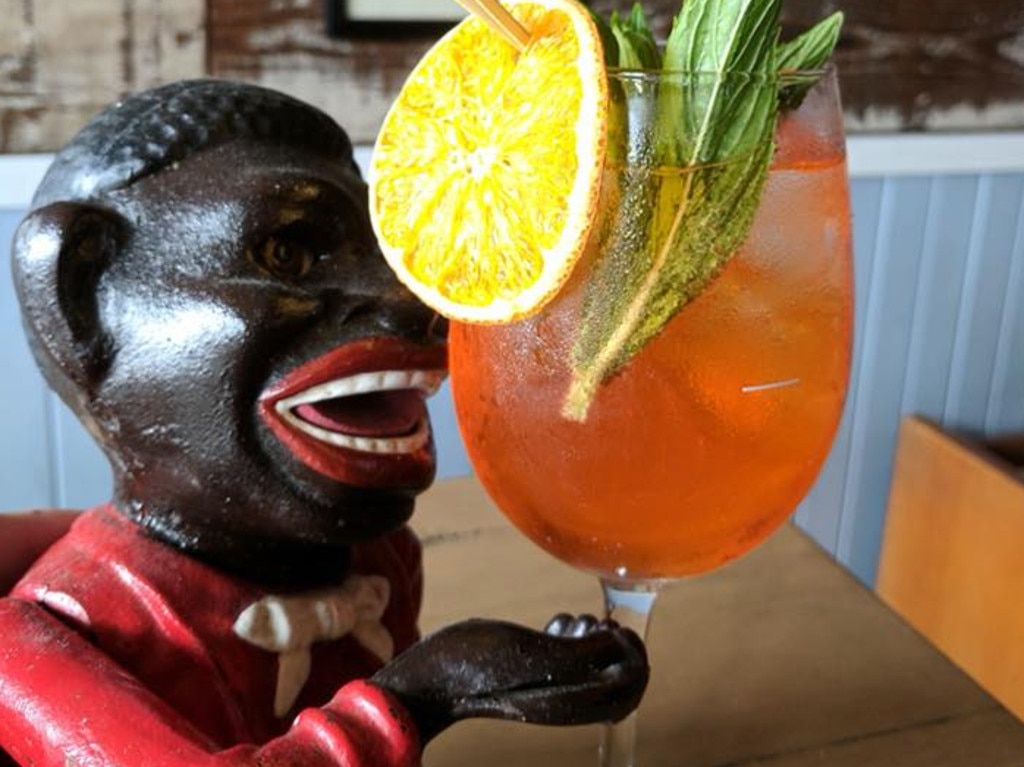 “It never is our intention to offend any of the community,” the spokesperson said.

“I sincerely apologise if it has harmed the community by placing this particular decoration in the venue.”

The owners took over the bar in 2016 and said the money bank was an asset that came with the change of ownership.

“We all simply thought that is just an antique decoration,” the spokesperson said.

“It would have never been displayed if we knew the history behind it.

“Our background are all migrants from Asia and (we) have just learned the history that is related to these kind of items.

“I can confirm that this racist antique has now been removed and destroyed.”