Swimmers were forced to flee the water at a popular Queensland beach when lifeguards spotted a shark 200m from the flags.

Hundreds were out enjoying the sunshine at Burleigh Heads beach on the Australia Day public holiday when they were startled by the whistle of the shark siren.

Beachgoers braving the crowds at Burleigh Heads got a shock this morning, with swimmers fleeing from the water after a shark sighting.

Lifeguards urged swimmers to return to the beach after the shark was spotted offshore, before chasing it away on a jetski.#9Newspic.twitter.com/NksfcO71aU

Lifeguards issued a warning over the loudspeaker system to swimmers at about 8.45am that a shark had been spotted within 200m of the red and yellow flags.

Dramatic time-lapse footage posted by Nine News shows the moment swimmers and surfers rushed to get out of the water after the warning was issued. 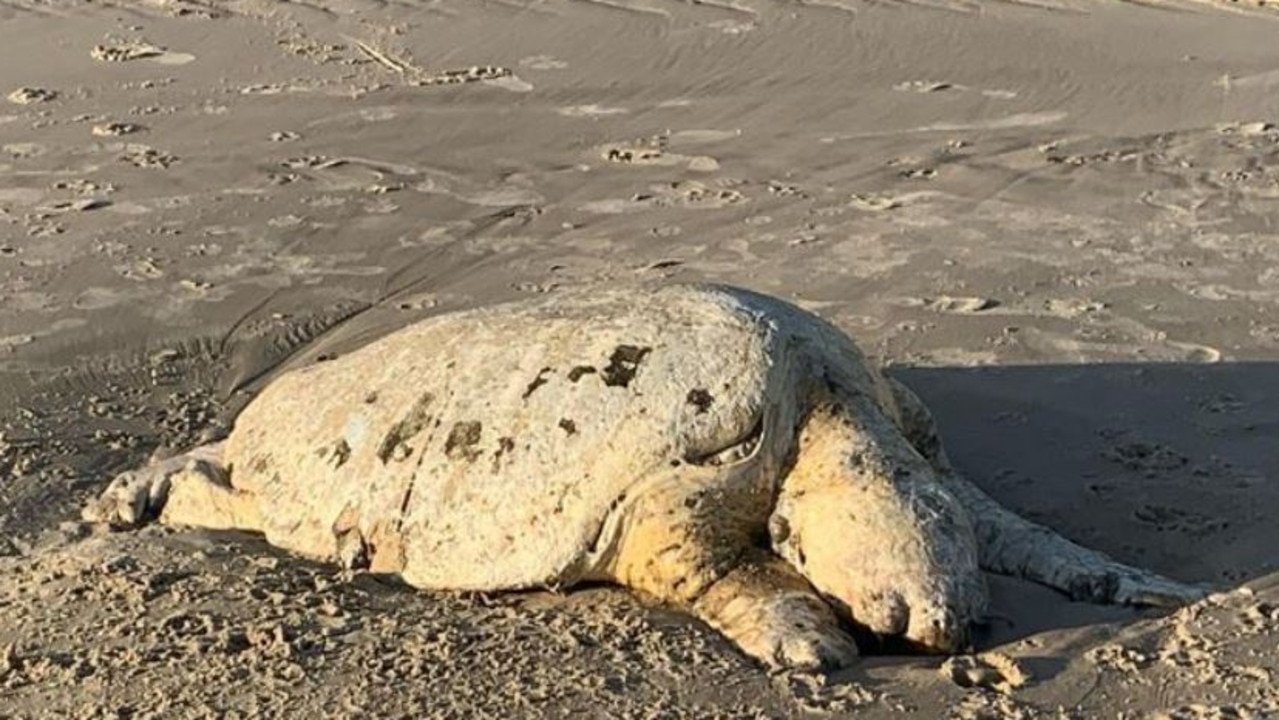 The four-foot-long creature is believed to have been lured to the beach by the scent of a decomposing loggerhead turtle on the shore.

“The wave runner and rubber ducky chased him back out and we dealt with the dead turtle on the sand, so hopefully that keeps the shark away,” Burleigh SLSC patrol captain Paul Revitt told the Gold Coast Bulletin.

Another shark was spotted at Burleigh Beach by lifeguard Kasey Hatton, who posted drone footage to his Instagram on Tuesday.

A shark can be seen swimming in a relaxed manner within metres of surfers.