Perth residents will enjoy some respite from searing heat in the next few days while temperatures above 40C will continue for other parts of Western Australia.

While a cold front may move near Australia’s southwest tip, the mercury will remain in the low 40s across inland areas including Kalgoorlie and Marble Bar.

Sky News Weather meteorologist Alison Osborne said rain could fall near the southern end of Western Australia over next weekend as a low pressure system approaches the region.

“Temperatures along the coastal strip between Geraldton and Perth will finally drop in it to the high 20s or low 30s, but it is still going to be very hot across outback areas above 40C,” Ms Osborne said. Perth and parts of southern WA are a chance to be hit by storms later this week. Picture: Sky News Weather

“A strong cold front looks to be brewing in at the southwest which will move up and over the region during Friday.

“This system, a low front, will gather strength as it goes into The Bight into Saturday and by Sunday, leading to widespread showers and storms, and a big westerly change which will drop temperatures.”

Storms will continue in Darwin this week with maximum temperatures between 32 and 34C.

The heaviest rainfall is expected for Tuesday, when up to 25mm could fall according to the Bureau of Meteorology.

Around 10 to 15mm could fall on days throughout the rest of the week.

Queensland will also see rainy conditions throughout the working week.

Persistent partially cloudy conditions will linger in Brisbane, with temperatures in the low 30s and a possible chance of showers on Wednesday.

Showers could also return on Friday and Saturday in the Queensland capital. Brisbane residents have been frustrated by muggy conditions over the past few days, which will continue this week. Picture: NCA NewsWire / Sarah Marshall

A gloomy start to the week looms for Sydneysiders, with a high chance of showers and a maximum temperature of 26C on Monday, before three mostly sunny days of 28, 29 and 31C between Tuesday and Thursday.

Similar conditions will occur in the nation’s capital, with a medium chance of showers on Monday and Tuesday with respective temperatures of 24 and 27C.

The mercury will rise in Canberra through the middle of the week, reaching a top of 33C on Thursday before showers may return on Friday.

Partly cloudy but dry conditions are expected in Melbourne this week, with thousands likely to flock to beaches for a sunny 28C Friday and a scorching 37C day on Saturday. 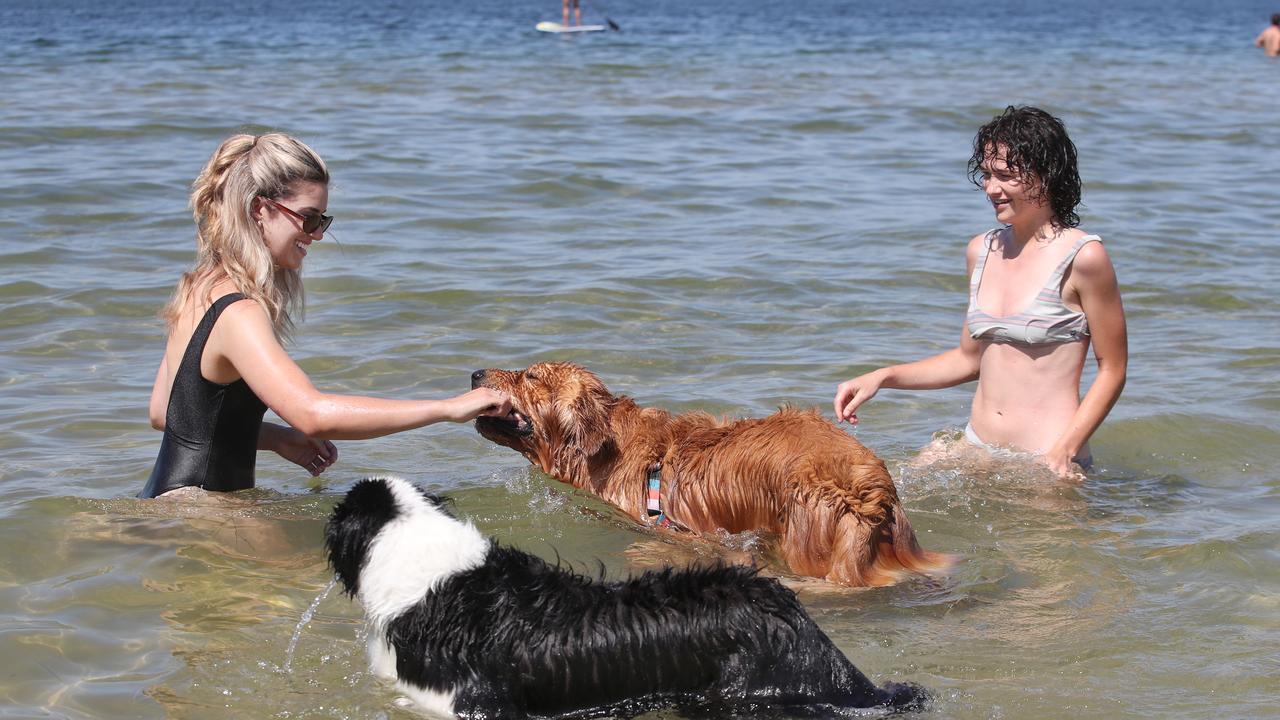 Persistent showers will fall over Hobart early this week, with up to 5mm expected on Monday and Tuesday with temperatures in the mid-20s.

The same high pressure system likely to impact Victoria next weekend will also reach Tasmania, with the mercury rising to 33C in Hobart on Saturday.

There is the chance of a thunderstorm in Adelaide on Monday but conditions will be very pleasant throughout the week, hovering at around 29C with mostly clear skies ahead of a hot weekend, with maximum temperatures of 36 and 37C on Friday and Saturday.