Dealing with unpredictable situations involving big snakes is something that snake catchers are used to doing on a daily basis.

However, one snake catcher from South Australia found himself in a particularly nerve-racking situation when he came up against a monster eastern brown snake.

Rolly Burrell from Snake Catchers Adelaide shared a picture of the nearly two-metre snake to his Facebook page, prompting horrified reactions from more than a thousand commenters.

“A big solid unit of an eastern brown snake from Myponga recently,” he wrote alongside a picture of him holding the huge serpent. 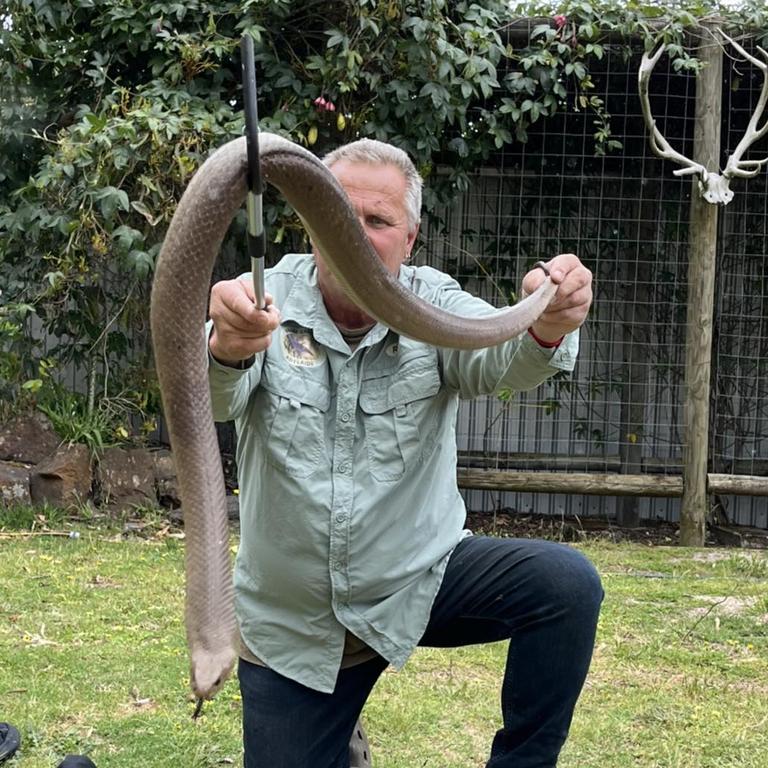 Eastern brown snakes are highly venomous and is rated as having the second most toxic of all snake venoms in the world, only after the Inland Taipan, which is also native to Australia.

Mr Burrell was called to the property at Myponga, about an hour outside the Adelaide CBD, on Saturday after the owner of the property found the snake hiding under a pile of wheat bags in their driveway.

He told The Advertiser that he hadn’t seen a brown snake that size in years, revealing he had “trouble getting it into the bag because it was so long”.

Mr Burrell said the snake was “aggressive” and he became so nervous during the encounter that he became worried he had soiled himself.

“When I was driving home, I felt a bit of a wet patch when I was sitting down so I think I s**t myself,” he told the publication.

The snake was relocated to the Myponga dam, which is about 7km from where it was found.

On the Facebook post, one commenter said it was the “biggest” brown snake they had ever seen.

“There’s been some big ones around this year,” Mr Burrell replied.

Another person was so shocked by the size of the snake that they thought the camera must have distorted the image.

“Looks huge, but I think there’s a bit of wide angle lens distortion involved. If so, whoever took the pic could have been a bit too close for comfort,” one person wrote. 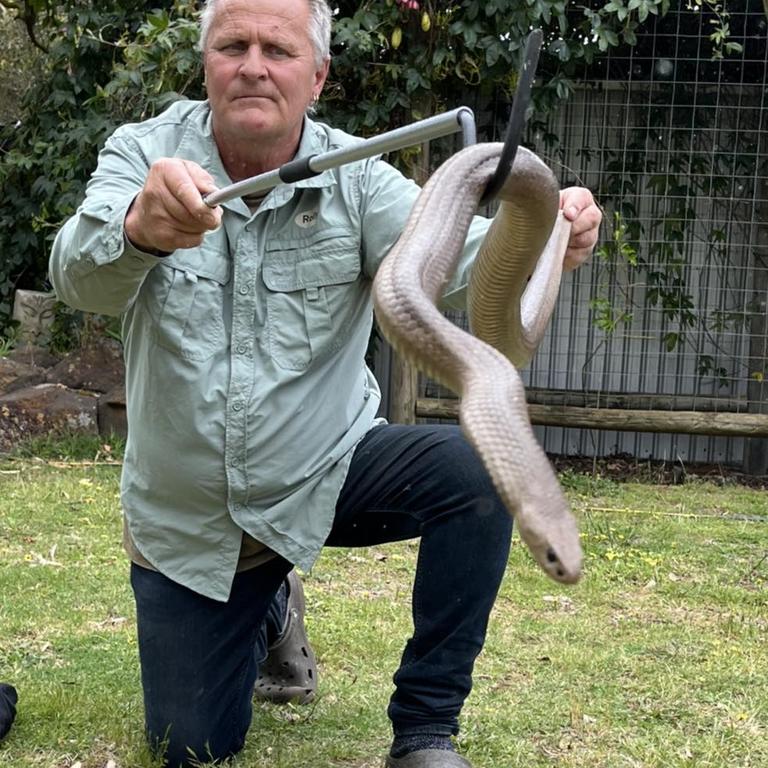 The snake catcher described his nerve-racking run in with the ‘aggressive’ snake. Picture: Snake Catchers Adelaide/Facebook

This was quickly shut down by the snake catcher, who said the picture was just taken on a mobile phone, noting that he would be made to “look giant too” if the picture had been distorted.

One commenter said they were “done” after seeing the photo of the snake and was “moving to Antarctica”.

“Crikey! Someone’s been enjoying the high life in the good paddock!” another said.

Last month, experts issued an “urgent warning” to watch out for venomous snakes with the recent weather creating the “perfect environment” for the dangerous creatures.

The Australian Reptile Park said snake sightings in the state had increased due to heavy rains and temperatures warming up.

“The unusual amount of rain we’ve had means we could be in for a massive snake season,” head reptile keeper Jake Meney said.

“When it rains the activity of small mammals, other reptiles and birds can increase and this means snakes will likely be more active and on the hunt for food.

“The increase in temperature will also see snakes out and about looking for a mate as breeding season ramps up.”