Video has emerged of a speed boat capsizing off the coast of a popular Bali tourist destination.

The footage, which was uploaded to social media on Tuesday, shows the speedboat that was transporting dozens of passengers from the island of Nusa Penida to the port of Sanur near Denpasar, appearing to sink. 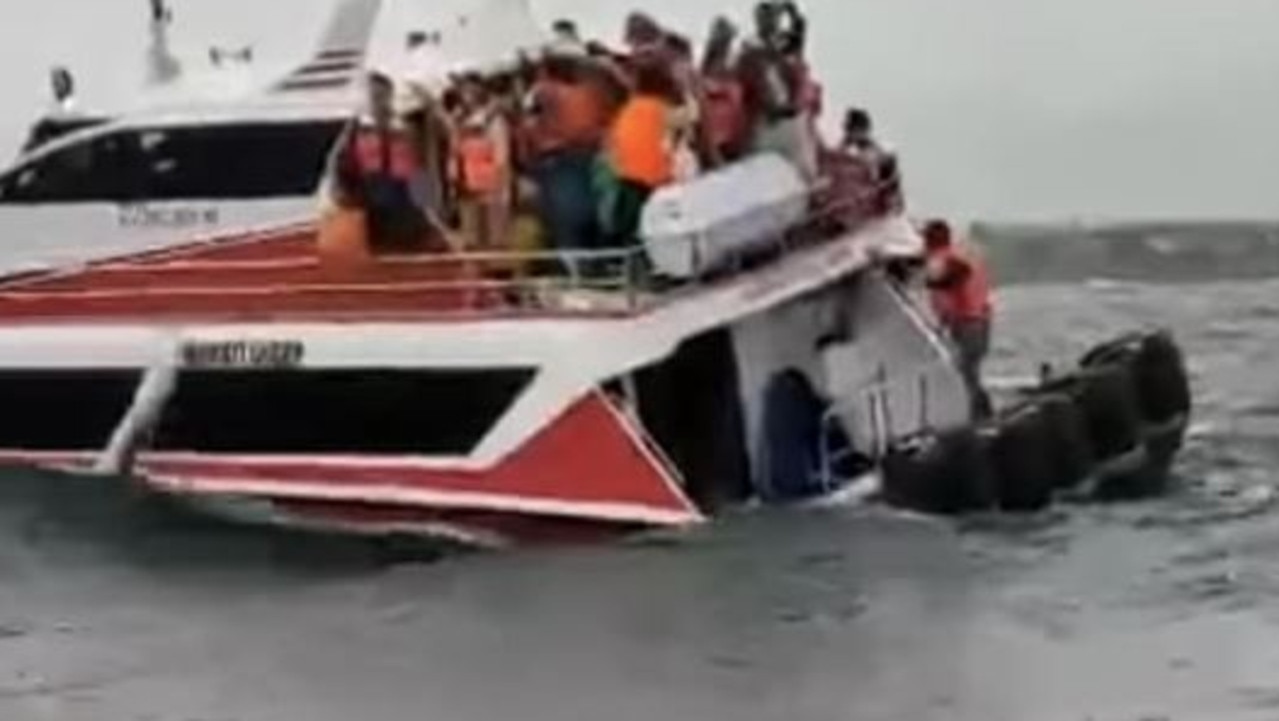 Passengers flee into the water as boat capsizes off the coast of Bali mainland. Picture: Facebook

Choppy grey waves lap at the boat as multiple people wearing lifejackets jump into the water.

Images from the incident were shared to facebook with the caption: “When boats get cancelled or there’s a bad weather warning …… DON’T try and find a cheap boat to get you across. !!!!

What a scary ordeal for these travelers”.

Australian tourists have warned others about the risks with many sharing stories of their time at sea while visiting the hotspot.

“My husband and I had the most terrifying ride of our life going over to Lembongan in 2019- unfortunately it was the first and last time we will ever go there – most beautiful place – but OMG this was almost us!!,” one user wrote.

“If my husband wasn’t a marine engineer it would have been us!!!

“Sitting at the airport a few days later – news broadcast of 2 people who died of the same waters with capsized boat!! There really needs to be better standards,” one woman wrote.

Another person said they had a similar expereince about 12 years ago while returning from Gilli T.

“Never again, they cram people in and on top of boat…I was inside on window, swell was so bad it was coming right up side to top of boat, even the driver was worried and travelled as close to shore as he could.

“I was nearly 2 hours late leaving to come home…They should of cancelled but didn‘t..Would have more chance surviving being on top deck I reckon..”

“I vowed never to go on one of those boats again after a horrific trip to Gili T when the captain got on his knees and started to pray omg,” a fourth person said.

“By the way we coming across shipping lane which was even worse. These boat operators have probably no insurance no regular maintenance and probably owned by some outside company.”