An illegal license plate has sparked public outrage in Queensland, following a recent string of Aussies claiming to be “sovereign citizens”.

The plate, which was spotted in the northern region of the state, features the words “Private Property Non-commercial, Living Woman, Terra Australia Incognito, Removal of this incurs a $50,000 fine”.

The Reddit user who posted the image of the plate noted that the font was too small to read from a distance and that the plates appeared to be professionally made.

Many believe the plate belongs to a “sovereign citizen”, a term used to describe individuals who believe that they, not judges, juries, law enforcement, or elected officials, should decide which laws to obey and which to ignore.

Sovereign citizens also typically do not believe they should have to pay taxes and believe that maritime law should govern on land. 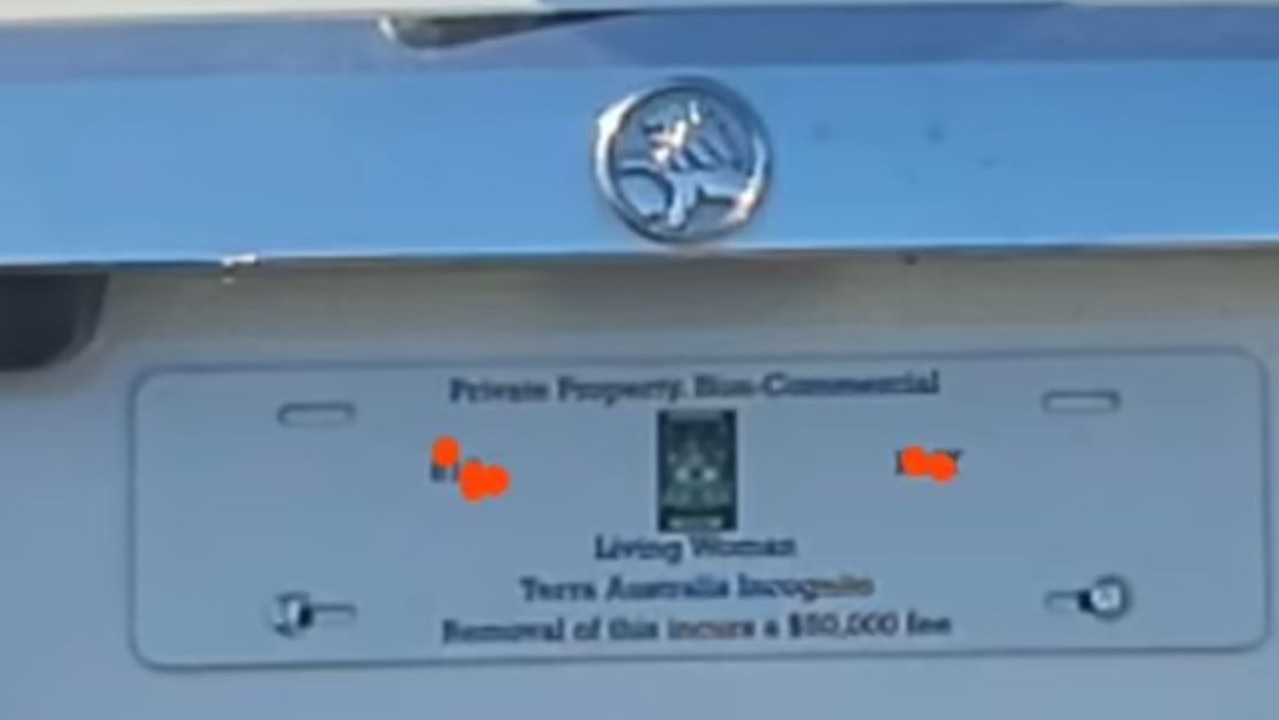 An illegal license plate has sparked public outrage in Queensland, following a recent string of Aussies claiming to be “sovereign citizens”.

Reddit users were quick to express their disapproval of the sovereign citizen movement, with one user saying: “Any money they‘re calling themselves sovereign citizens but still have an Australian passport, state driver’s license and use their Medicare card.”

Another added that sovereign citizens are ”people who believe they have some intrinsic rights to do what they want and not pay fees, levies, taxes etc, but still enjoy the benefits they bring”.

A third wrote: ”It’s these wackos that think that the laws of Australia don’t apply to them. But ignore that when they use our government provided services.”

Australia’s “sovereign citizen” community has made headline after headline recently following a spate of unhinged incidents. 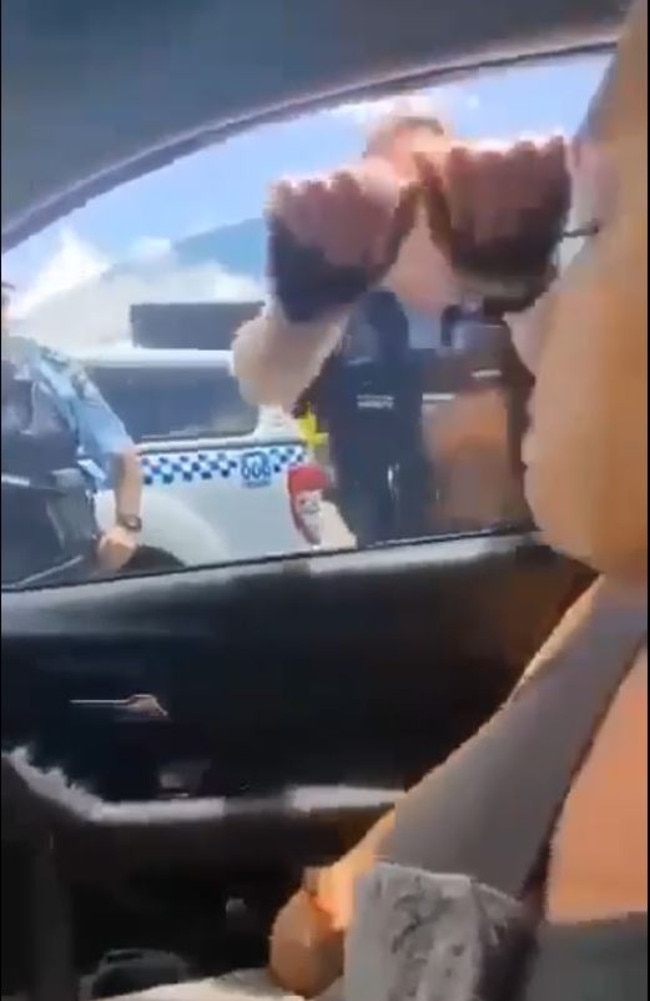 Now, attention is turning to the bizarre movement – and what drives its members to commit such extreme acts of civil disobedience.

In Coffs Harbour last week, Helen Delaney was dragged from her vehicle after refusing to recognise the authority of Highway Patrol officers.

A similar case occurred in the Gold Coast in early December, when an unlicensed woman was eventually arrested after allegedly “trapping the officers … in the car window and refusing to follow directions”, according to Queensland Police. 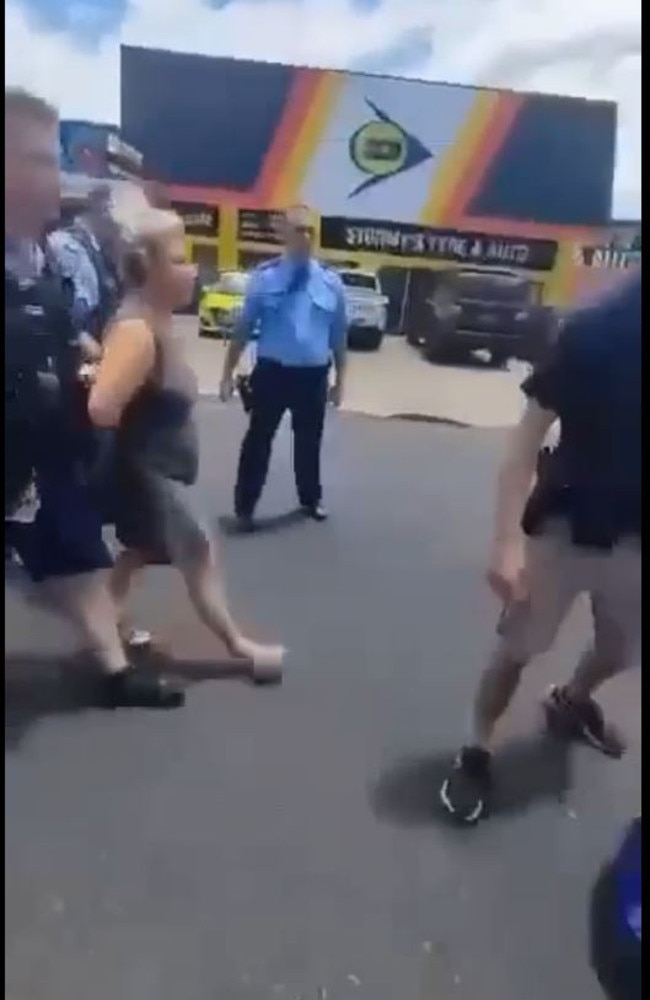 The same month, a nearly identical incident happened in South Australia when a police sergeant was left with no choice but to smash the car window of a “sovereign citizen” who maintained he didn’t need a license to drive on state roads.

While the sovereign citizen movement has existed for many years, it had a resurgence in Australia during the pandemic and subsequent lockdowns, which were among the toughest on earth.

Initially, anti-lockdown and sovereign citizen groups merged together through Facebook groups formed to organise Covid protests, where a range of conspiracy theories were shared widely.

But in late 2020, Facebook began cracking down on Covid disinformation, and many individuals and groups were barred from the platform, instead fleeing to alternatives like Telegram.

Today, there are countless sovereign citizen accounts and groups on Telegram, providing a frightening insight into members’ beliefs and state of mind.

While at first the movement appears odd yet harmless, Professor Greg Barton told news.com.au that conspiracy theories tended to snowball, and at the extreme end, adherents can come to think of taking and losing life as “some sort of crowning achievement” instead of a failure.

Prof Barton said Australia and the wider world was now past the “tipping point”, with more than half of counter-terrorism measures now focused on battling far-right conspiracy ideologies.