An unbelievable video of an enormous queue of people winding down the street to view a Sydney rental has shocked viewers.

TikTok user Ciara O’Loughlin made the move from her hometown of Dublin, Ireland to Australia just last week, and has been stunned by the dire situation of Sydney’s rental market.

She spent the weekend inspecting 12 properties, including a very popular unit in Randwick that had scores of people lining up around the street to get a peek inside.

Ciara decided to film the “insane” queue and post it online, where it since went viral – racking up over 120,000 views in just a few hours.

She explained that the enormous line up was not a unique experience, with each of the rentals she looked at over the weekend having a similar amount of prospective tenants desperate to view inside.

Despite Ciara and her friend applying for all the properties they inspected, she was not feeling very confident about her chances of scoring a place. 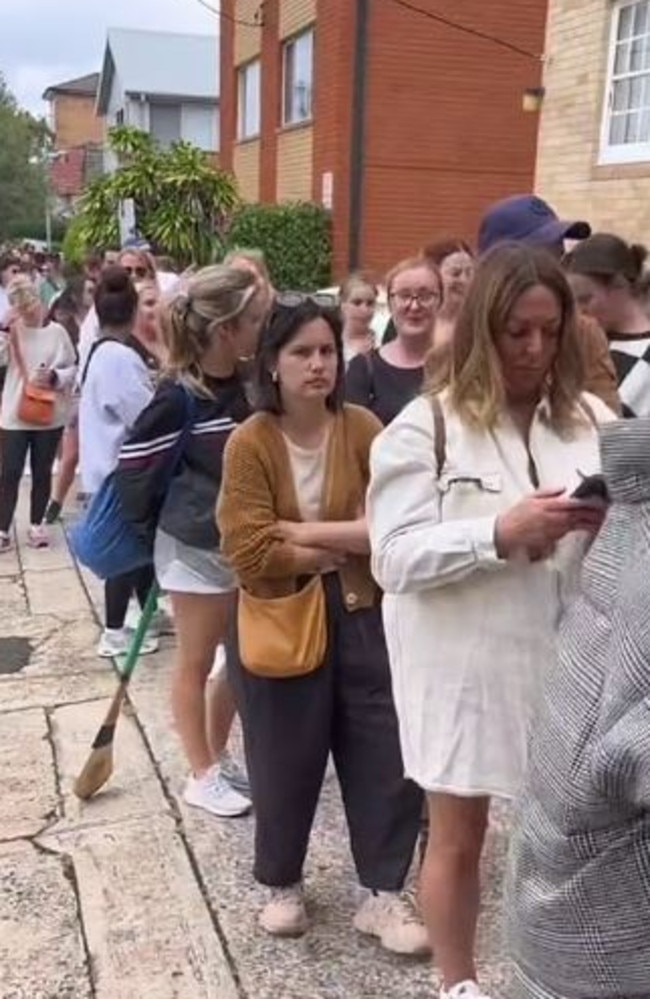 The line went outside the building and down the block. Picture: TikTok / @ciara_olo

“I’d say the longest queue was easily between 100 and 150 people,’ she told Daily Mail Australia.

“But I actually wasn’t waiting too long at all, I’d say the longest wait was 20 minutes as people were literally in and out in two minutes.

“What I’ve heard is people are offering over the asking rent to secure a place so it’s very competitive.”

People were shocked by the footage, with many stating it was like this “everywhere”, not just the trendier inner city Suburbs.

“Had the same experience in Western Sydney,” one said.

“Not quite as many people, but way more than you’d expect.”

“What a soul destroying process” wrote another. 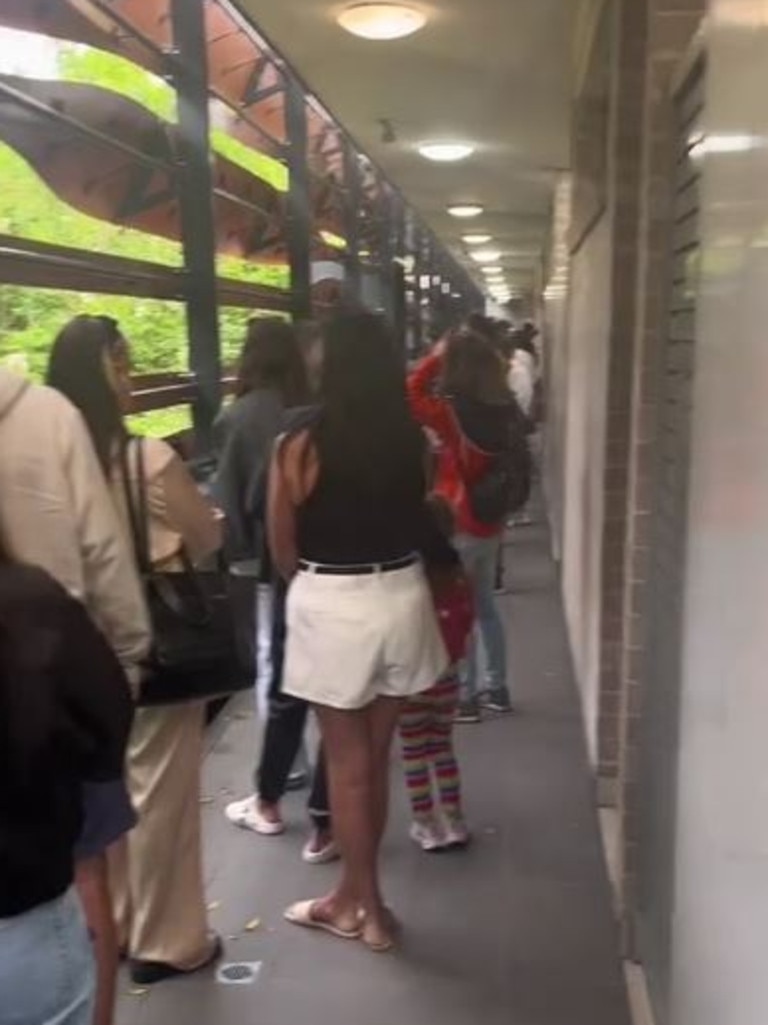 She went to 12 properties over the weekend, all with similar issues. Picture: TikTok / @ciara_olo 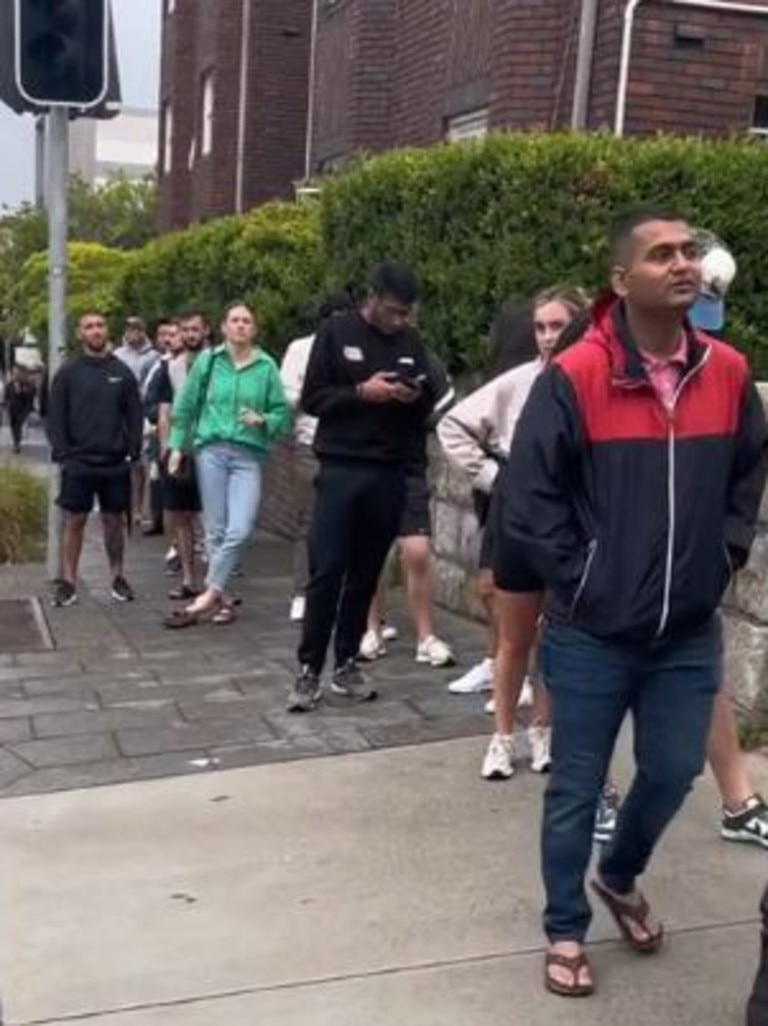 Hopeful prospective tenants all lined up to view the property. Picture: TikTok / @ciara_olo

“This is why they can charge whatever they want.”

“Been to loads in the inner west this week,” one added.

“It feels like you’re lining up for a concert.”

Earlier this week, a photo was shared online of people lining up outside a Sydney apartment for a rental inspection, highlighting the city’s high demand for rental properties.

Reddit user Reasonable_Smile3289 shared a picture of people queuing up to see a one-bedroom flat in central Manly.

“The madness continues, single bed rental, central Manly, this was only part of the queue, as we left people were still queuing to come up in the lift,” they wrote.

“To be fair, this is happening almost everywhere,” one person said. 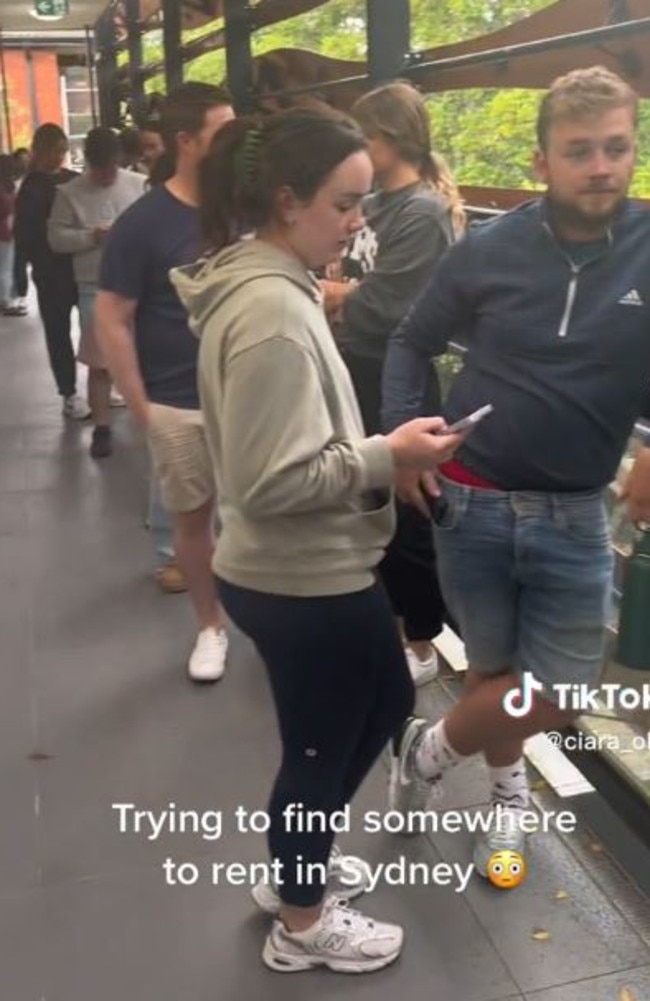 Sydney is in the midst of a devastating rental crisis. Picture: TikTok / @ciara_olo

“It’s the same everywhere. Saw a house with 20+ applicants today … Is [the] start of the year usually a busier period?” another asked.

“I went for an inspection in Ashfield today. I didn’t feel like there were more people than pre-Covid times, but usually, they’d let you all in and out at your own pace, and it would generally be all at the same time,” one person said.

“Now you need to queue, and it takes longer as they only let 1 or 2 groups in at a time.

“Now I feel like there’s some ‘sunken time’ mentality I have now, so if I queued for 5+ minutes, I’m actually going to spend some time looking through the apartment properly. (even if I feel it’s not right for me).”