Darwin and other parts of the Top End and have been affected by a major earthquake that hit Indonesia.

Many locks have said it was the strongest earthquake they had felt in years.

“That earthquake was freaking scary as! The entire house just shook like crazy and pictures fell off the walls!” olympian and former senator Nova Peris tweeted.

An estimated 7.6 magnitude earthquake was detected in the Arafura Sea, 308km from Tual City on the Tanimbar Islands in the nation’s Maluku region.

The US Geological Survey has said it erupted at a depth of 91 kilometres below sea level. 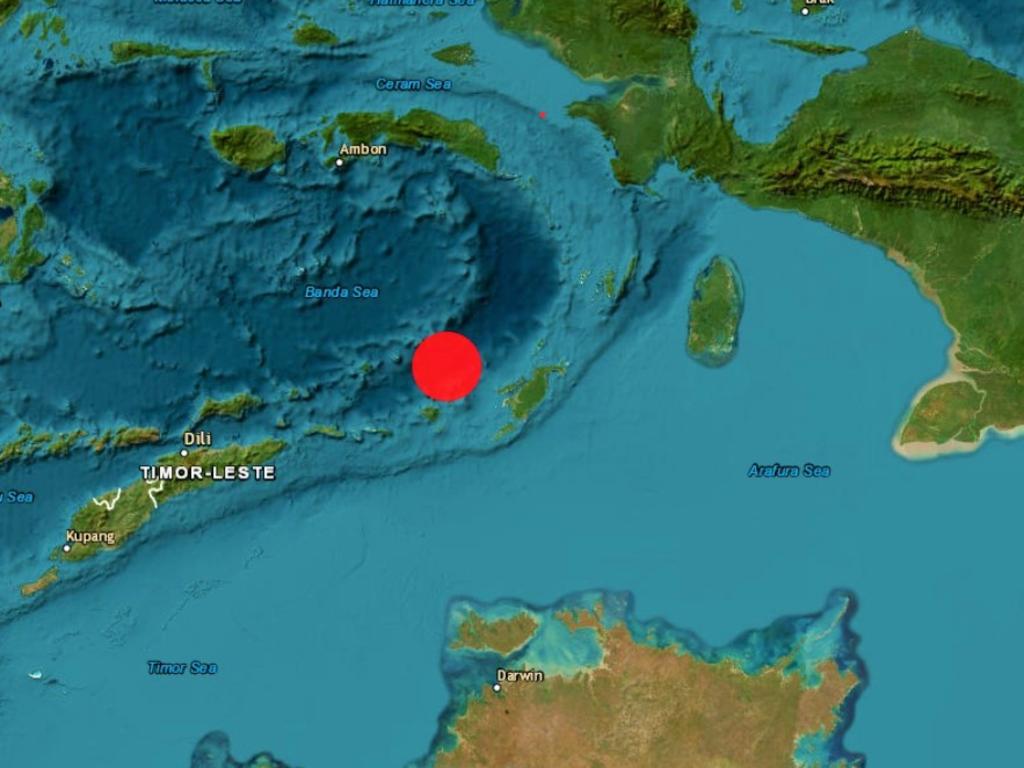 As well as Indonesia and Australia, the quake has also hit East Timor.

Impressive that over 2000 reports have been filed to @GeoscienceAus regarding this #earthquake in #darwin at 330am onwards!! Shows you the magnitude of this event. Also felt as far south as Tennant Creek and into the far Southern Kimberly. pic.twitter.com/2YpngjOkIb

Massive shaking in Darwin, longest & strongest I’ve felt in over 50 years here. 7.8 in the Banda Sea. Hope our Indonesians friends across the waters are okay. #earthquake#Darwin#BandaSea

Well that was unexpected. Iâ€™ve never jumped out of bed as fast #darwin#earthquakepic.twitter.com/hLnmnquNUI

It was reportedly felt as far south as Tennant Creek and the southern Kimberly region of Western Australia.

The Bureau of Meteorology has said there is no tsunami threat for Australia. However, Indonesian authorities have issued a tsunami alert for the Tanimbar islands.

“That was the (most) intense earthquake I’ve ever felt since being in Darwin.,” said one on social media.

Northern Territory News reporter Annabel Bowles posted a video from her apartment when the quake was progressing, with the sound of the tremor clearly audible.

7.6 magnitude #earthquake in Indonesiaâ€™s Banda Sea no doubt felt in Darwin! Dozens of people ran outside of their apartments here in Nightcliff. @TheNTNewspic.twitter.com/L9pnQFuTUf

Channel 9’s Darwin chief of staff Kathleen Gazzola said it was the “strongest I’ve ever felt my entire life in Darwin”.

Northern Territory Police, Fire and Emergency Services posted on Facebook asking if everyone was OK, and provided advice on what to do after an earthquake.

Residents responded, saying the frightening quake was the biggest they had felt in many years.

“Did anyone else hear the roar? First time I’ve heard it during one,” one man from Darwin wrote.

“The strongest earthquake I have felt in Darwin. My high set house in Rapid Creek shuddered, the floor shook and furniture moved. It was pretty scary,” another Darwin resident said.

“Heard door rattling, jumped out of bed, ran to fish tank to stop it swaying. Went for a long time, strongest I have felt since the big one that hit Newcastle NSW in the 80’s,” a woman added.

Those in apartments felt it even worse.

“Was an experience 30 levels up here in the CBD and not a fun one,” one woman said.

“On the 4th floor of a motel in Darwin city, and yeah that quake freaked me out by how long it lasted,” said another.

Some people said they felt movement for about five minutes.