Week one of Schoolies is drawing to a close and it appears a number of teens have been left less than impressed with the celebrations, with many taking to social media to share their complaints.

Around 20,000 school leavers descended on Surfers Paradise in the Gold Coast this week to celebrate the end of Year 12.

Tonight is the last official night of the first week, with week two kicking off on Saturday.

The event has been marred by attendees leaving masses of rubbish strewn across the streets after nights out, with one restaurant owner claiming the antics of school leavers had “killed” his business. 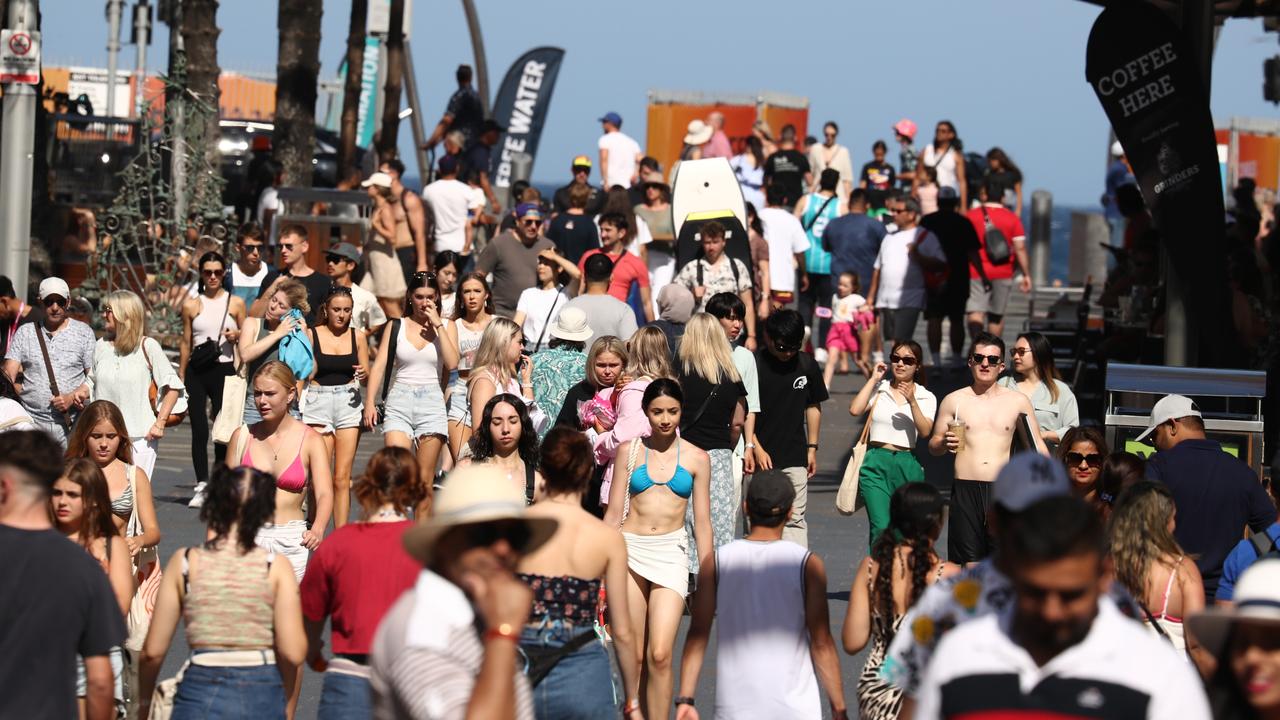 Many were also horrified when a sick “checklist”, first revealed by news.com.au, was shared around social media.

The list included a number of degrading sexual and drug related challenges.

But these aren’t the things attendees have been complaining about, with many saying the event itself has been “overrated” and “dumb”.

In one video, which has been viewed more than 347,000 times, one TikTok user didn’t hold back when asked by her followers why she hadn’t been posted about her time at Schoolies on the Gold Coast.

“Hey guys, so someone asked me why I haven’t posted for schoolies. Because Schoolies is so dumb, it is so overrated,” the teen said.

“What the hell is this?”, she added, panning over the beach party she was attending.

Many people agreed, with one person saying it has been “overrated since day one”.

“Someone had to say it,” another said.

One person claimed that nobody went to Schooles for the organised events, instead claiming “everything happens in the apartments and Cavill Ave”.

In another video, a TikTok user congratulated people for “wasting their money on Schoolies”, saying it is the “most overrated thing”.

Another teen gave a bleak summary of her time at Schoolies, branding the beach parties “so overrated” and complaining about spending “$12000 on a crappy apartment with holes in every wall”.

She also noted that everyone staying in her hotel room contracted Covid.

The teen said the only positive was the fact that the Red Frogs, a Christian youth charity run by volunteers that help Schoolies attendees, were “cool”.

She wasn’t the only one complaining about how much money they had spent, with another school leaver taking to a Facebook group to claim Schoolies was “deffo not worth the $1700 I spent”. 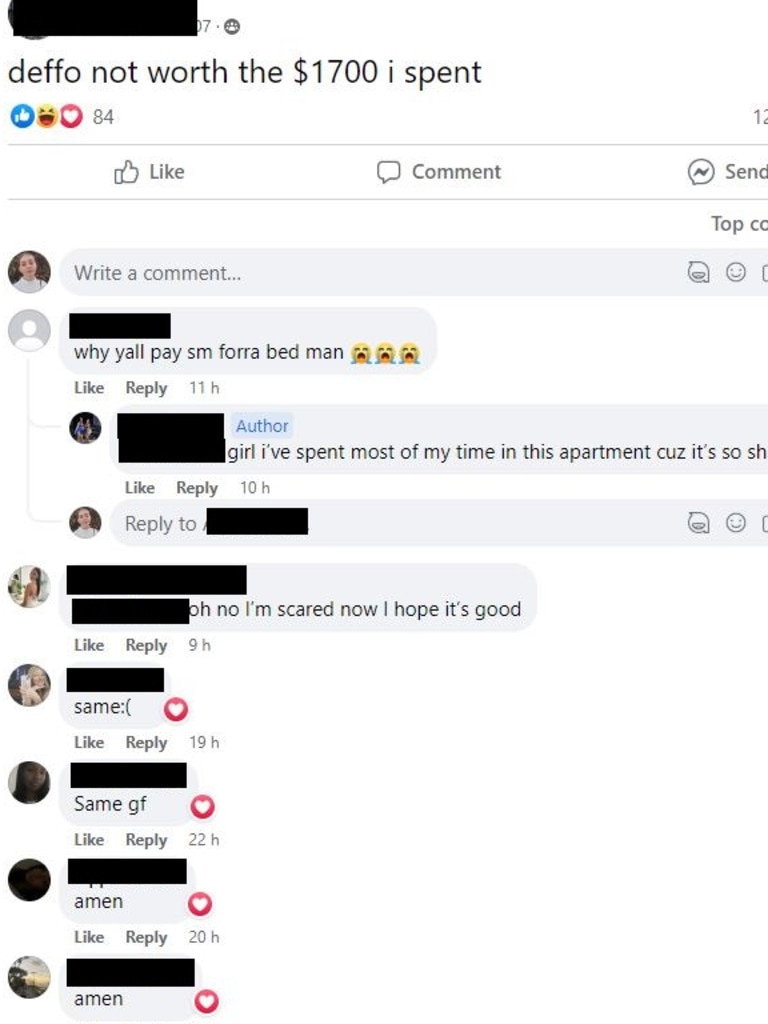 Many teens are unhappy with their Schoolies experience. Picture: Facebook 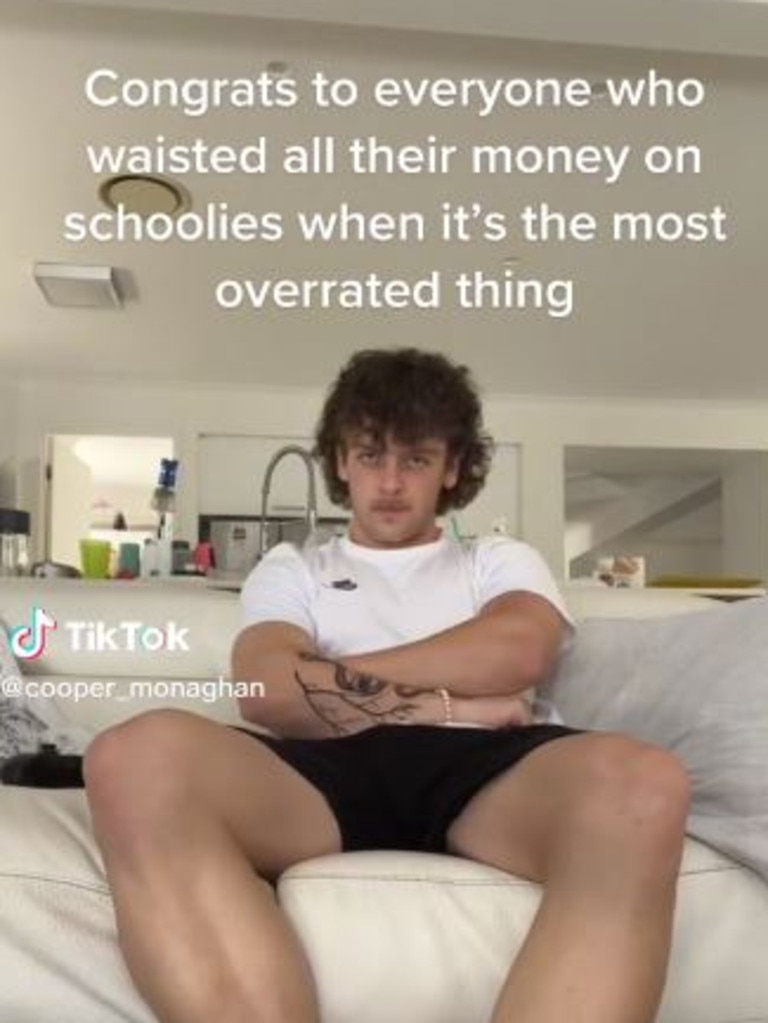 When one commenter questioned why the poster paid so much for a bed, she responded: “Girl I’ve spent most of my time in this apartment cuz it’s so s**t.”

Another attendee revealed she and her friend were so unimpressed by the end of year celebrations that they left two days early.

“Pov leaving schoolies day 5,” she captioned the TikTok video, showing her and a friends leaving a hotel with their packed bags.

The video included the hashtags #couldntbehappier, #overrated and #hometime.

Two other people commented that they left on the third day.

“So overrated,” one said.

“Facts, it gets repetitive so quick,” said another.

One teen posted a video with the caption “If you say Schoolies is good”, then filmed herself singing along to lyrics saying: “Shut the f**k up”

Another video showed a group of teenage girls dancing along to a song with the lyrics: “I can’t do this anymore”.

“When Schoolies is low-key overrated,” the poster wrote. 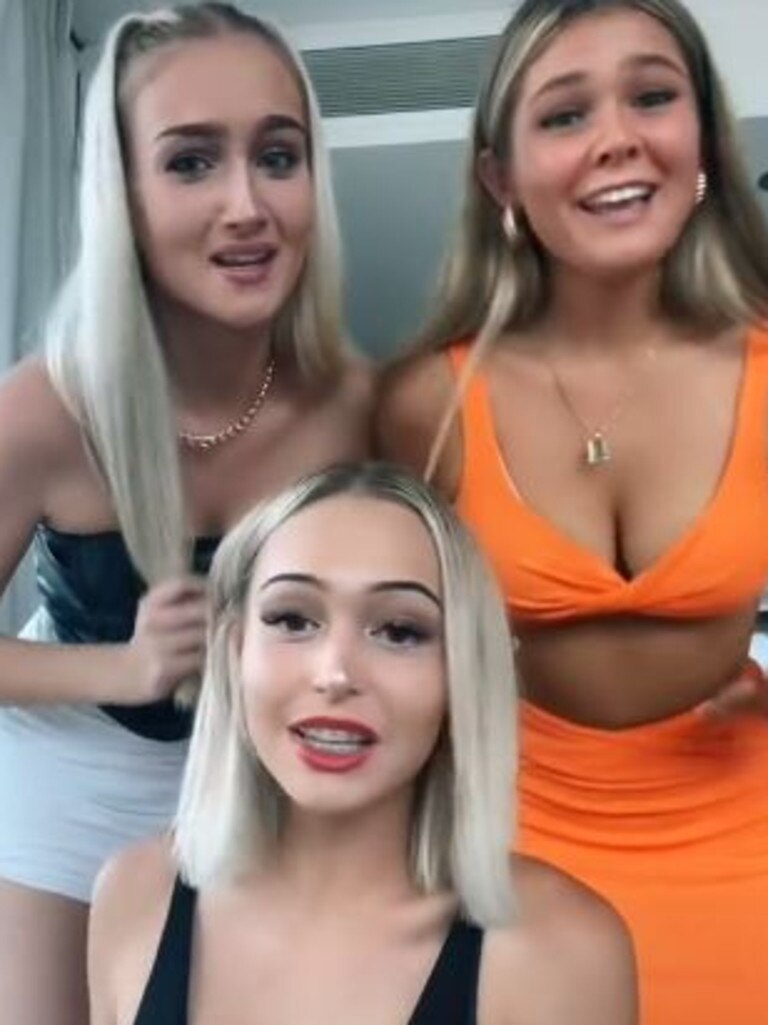 Many teens have been making TikToks about their underwhelming Schoolies experiences. Picture: lucyoudontknowme/TikTok 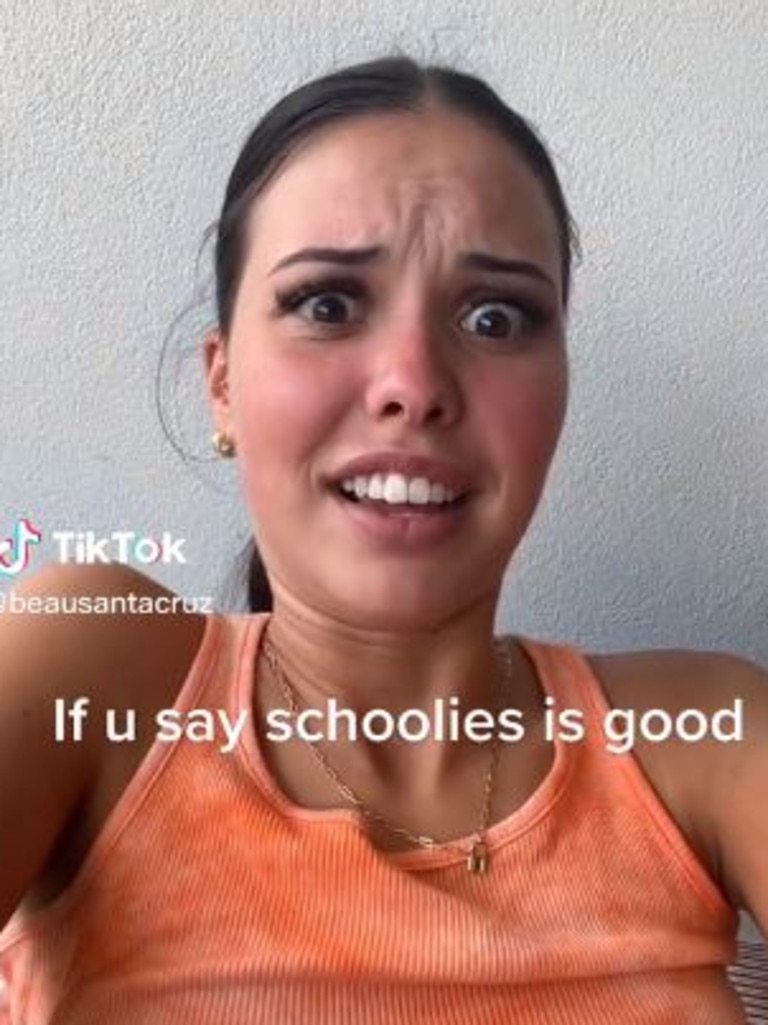 The first week of Schoolies is almost over. Picture: beausantacruz/TikTok

NSW school leavers have been offered a stark warning from authorities, as thousands of teens prepared to descend on northern parts of the stat and Queensland on Saturday for week two of the celebrations.

NSW Police encouraged school leavers to “party safely” and take care of one another.

Officers from Tweed/Byron Police District will be conducting a high-visibility operation, assisted by specialist police from the Dog and Mounted Unit, Youth Command, Police Transport Command, and Public Order and Riot Squad, in the Byron Bay region, NSW Police said.

Tweed/Byron Police District Commander, Superintendent David Roptell said police would be out in force, urging any school leaver who finds themselves in trouble to approach a police officer for help.

“Schoolies should be about enjoying yourself without regret – it’s not about overindulging, but rather about making good decisions and having fun safely with friends,” he said.

“Plan ahead, talk to your friends and family about where you are going, and celebrate safely – the last thing you want is to mark the end of your school life with the loss of a life or serious injury.” 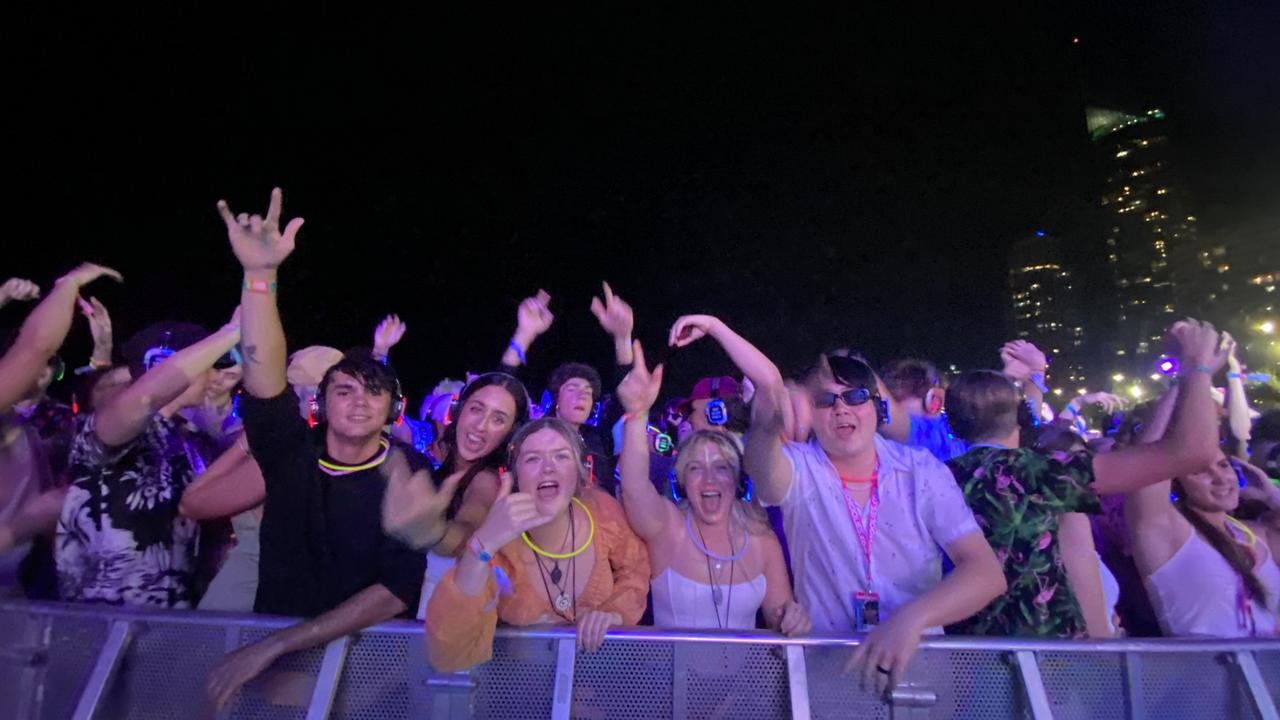 School leavers have been warned to behaved themselves ahead of Week Two of the celebrations.

The school leavers were reminded that illicit drug use, underage drinking and anti-social behaviour would not be tolerated.

Deputy Premier and Minister for Police Paul Toole said everyone had a role to play this Schoolies period.

“Schoolies is a rite of passage for many teenagers coming together to mark the end of 13 years of schooling – some of which were particularly challenging with Covid and flood-induced remote learning – but I encourage everyone to celebrate responsibly,” he said.

“As a father of three and a former school teacher, I know how much our students look forward to Schoolies each year, but please be safe, look after each other, keep local beaches and streets clean, plan ahead and as always, there is absolutely no place for illicit drug use, underage drinking or unruly behaviour.

“Our men and women in blue are there to protect you, so please be respectful as they go about their duties.”