With only a few days to go until summer officially starts, residents in several states have woken up to subzero temperatures and a fresh blanket of snow on the ground.

Ski resorts in NSW, Victoria and Tasmania reported their heaviest fall since the end of the snow season in October.

On Wednesday morning, Perisher in alpine NSW recorded a staggering 25cms of snow had fallen on the slopes overnight. The latest powder dump takes the total to an eye-popping 42cm of snow over the last week, with summer just a week away. 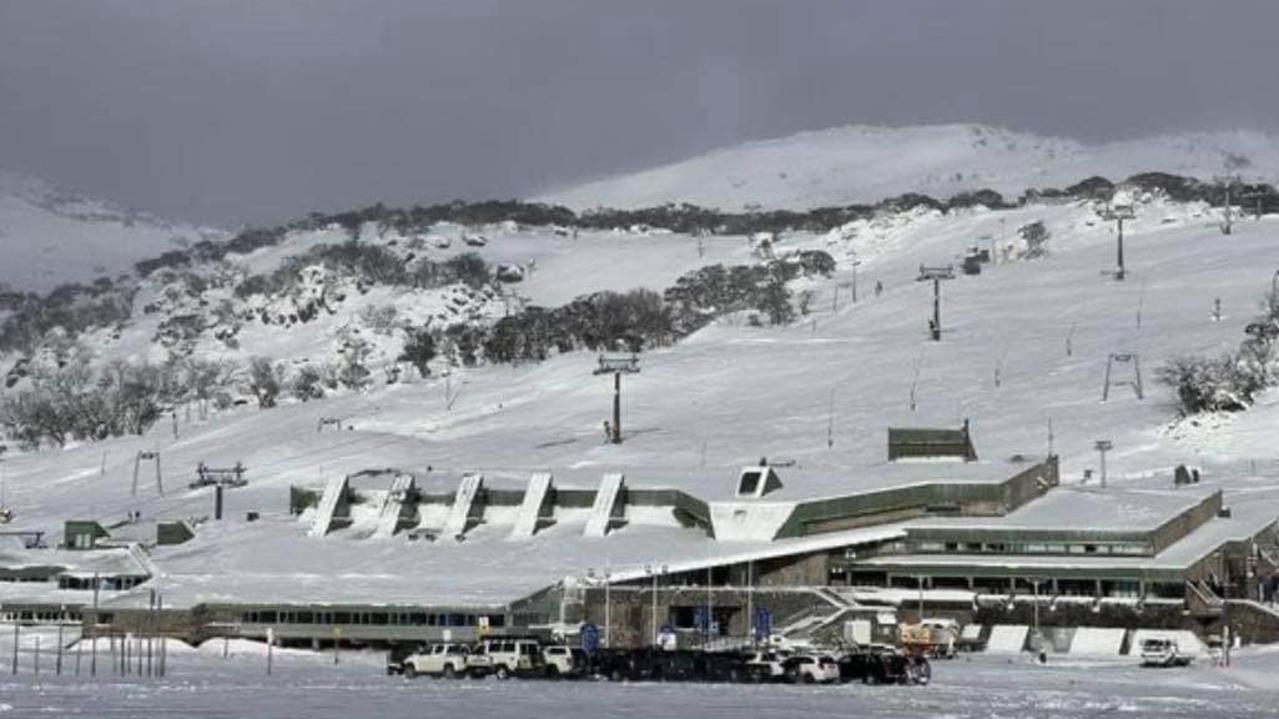 Snow has dusted the southern states during a brutal cold snap. Picture: Facebook

At the nearby resort of Thredbo, residents woke to subzero temperatures and 16cm of fresh snow on the ground, more than a month after the end of the ski season.

Both resorts in the Kosciuszko National Park predict there may be further snow throughout the week as temperatures are forecast to fall below zero again. Residents in Canberra woke to frigid temperatures of 9C on Wednesday.

Further south, Mount Buller in Victoria received 19cm of snow overnight and residents reported snow was still falling on Wednesday morning. The resort has recorded 30cm of fresh snow over the past two days, despite the fact summer is just around the corner. 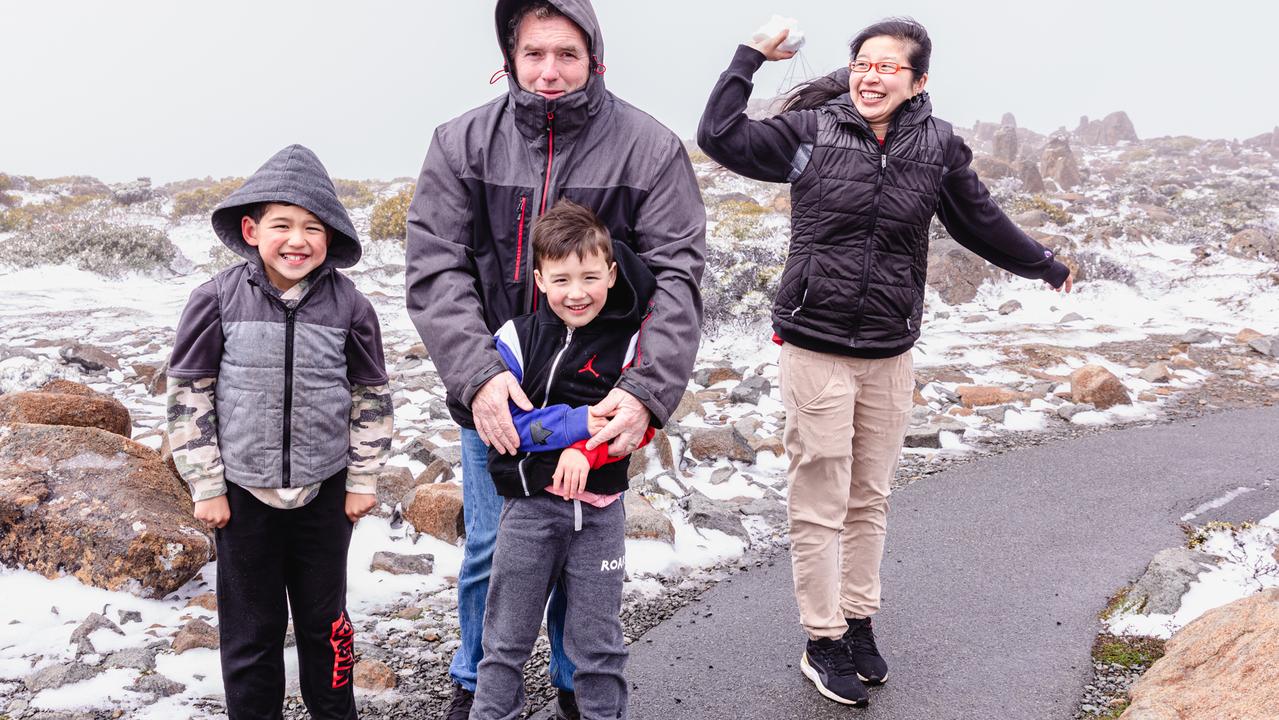 Troy and Bo Loftus with children Sebastian and Maxwell from Adelaide were thrilled by the snow at the Mount Wellington Summit. Picture: Linda Higginson

The ski resort is close to Melbourne, which has recorded three days of “exceptional cold” in November for the first time in 57 years. The city is forecast to shiver through temperatures of 12C on Wednesday as snow continues to fall in the alps.

Mount Mawson in Tasmania also received a heavy dusting of 19cm of snow overnight, with more expected to fall later in the week as temperatures are forecast to remain low.

Elsewhere in the country, residents are battling extreme flooding, heatwaves and the threat of a monsoon.

Sky News Weather meteorologist Alison Osborne warned severe weather will affect all areas of the country as we head into the new year.

“This season, almost nowhere in Australia will be immune from some sort of extreme weather phenomenon,” she cautioned.

As flooding continues to devastate large swathes of western NSW, residents in the central west town of Condobolin are being told to evacuate their homes.

Locals and State Emergency Services volunteers worked all week to build a “great wall” of sandbags to protect the centre of the town, but authorities are warning the rising Lachlan River could cut off roads. 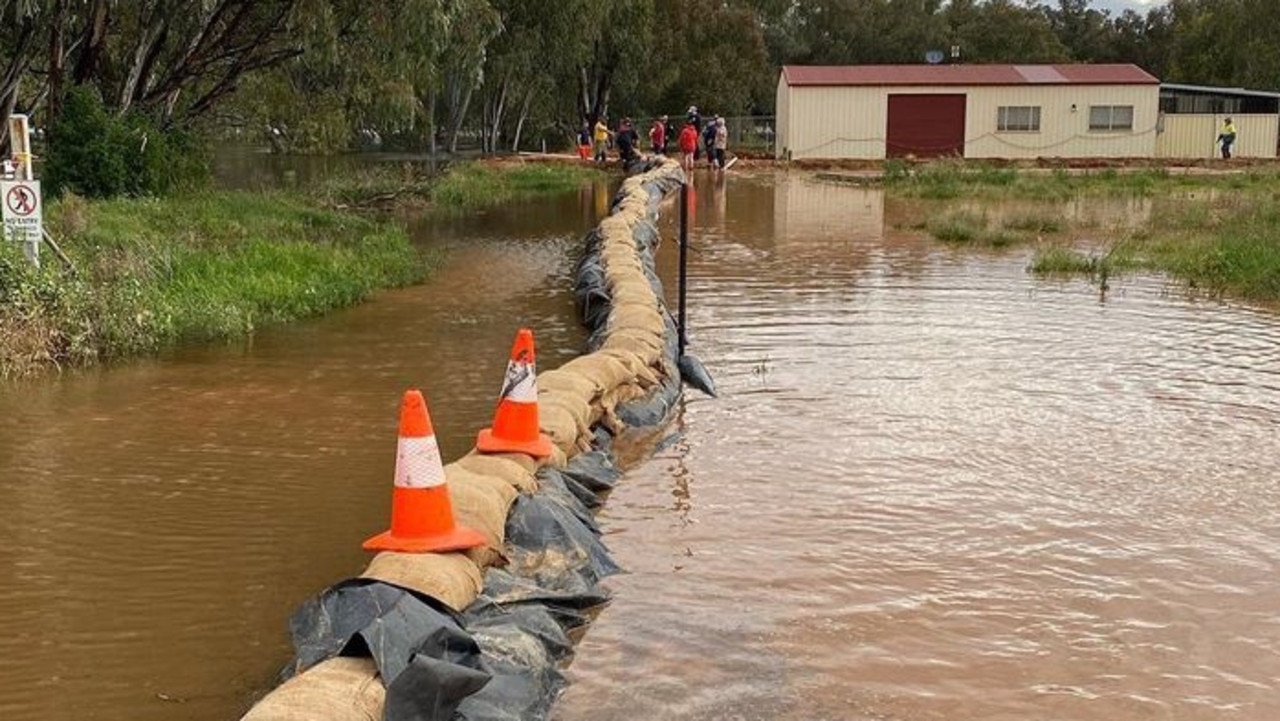 Residents in Condobolin have been asked to evacuate the town immediately.

There are currently 14 emergency warnings in force from the SES, which continues to urge residents to stay alert and act quickly. There are 75 additional hazard warnings from the emergency service in place across the state.

An SES spokesperson said the flood emergency in the central west is expected to continue for weeks, if not months.

A number of western NSW communities such as Walgett and Lightning Ridge are still cut off from the rest of the state by floodwaters.

The SES is continuing to charter flights to resupply the communities with food and medical supplies as the towns wait for the water levels to drop. 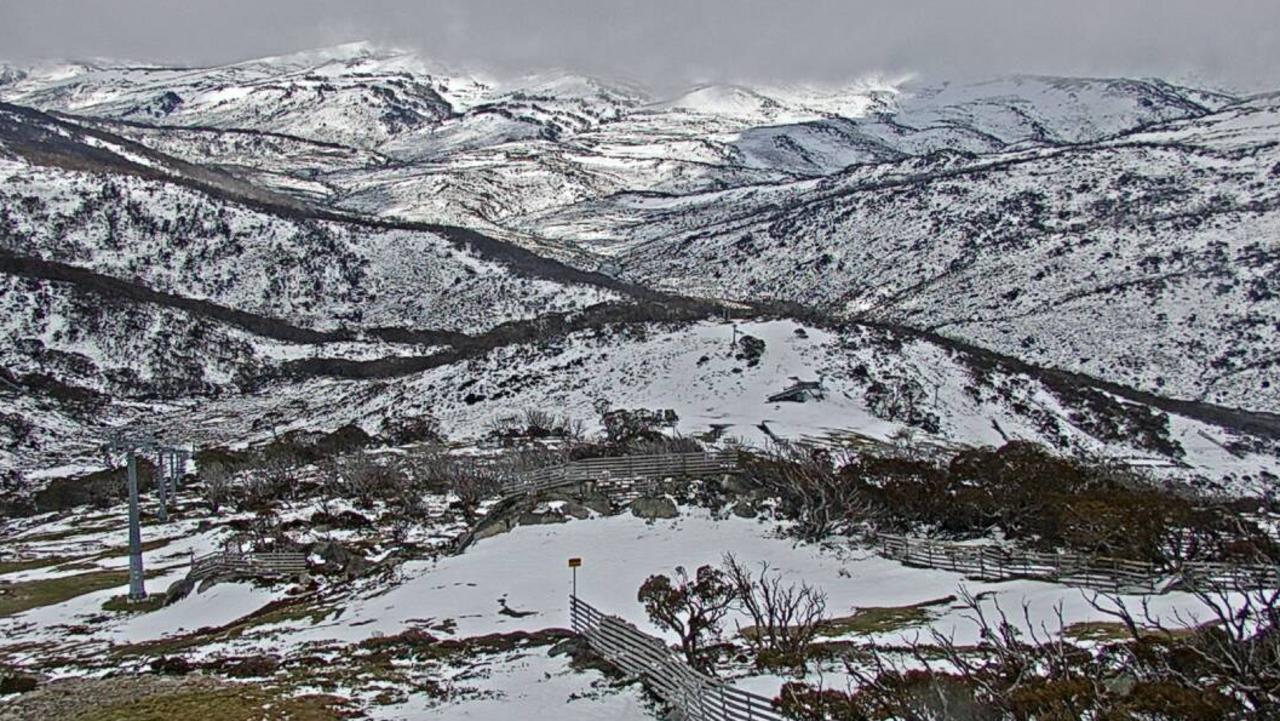 “(There are) quite significant events occurring all across NSW at the moment,” the SES spokesperson acknowledged.

Temperatures will start to rise throughout the week and meteorologists expect Sydney will reach 30C on Sunday for the first time this spring. On Wednesday, the harbour city will reach a top of 27C.

As regional communities continue to clean up after the devastation caused by recent flooding and extreme winds, the state is likely to be granted a reprieve from extreme weather this week as temperatures rise. 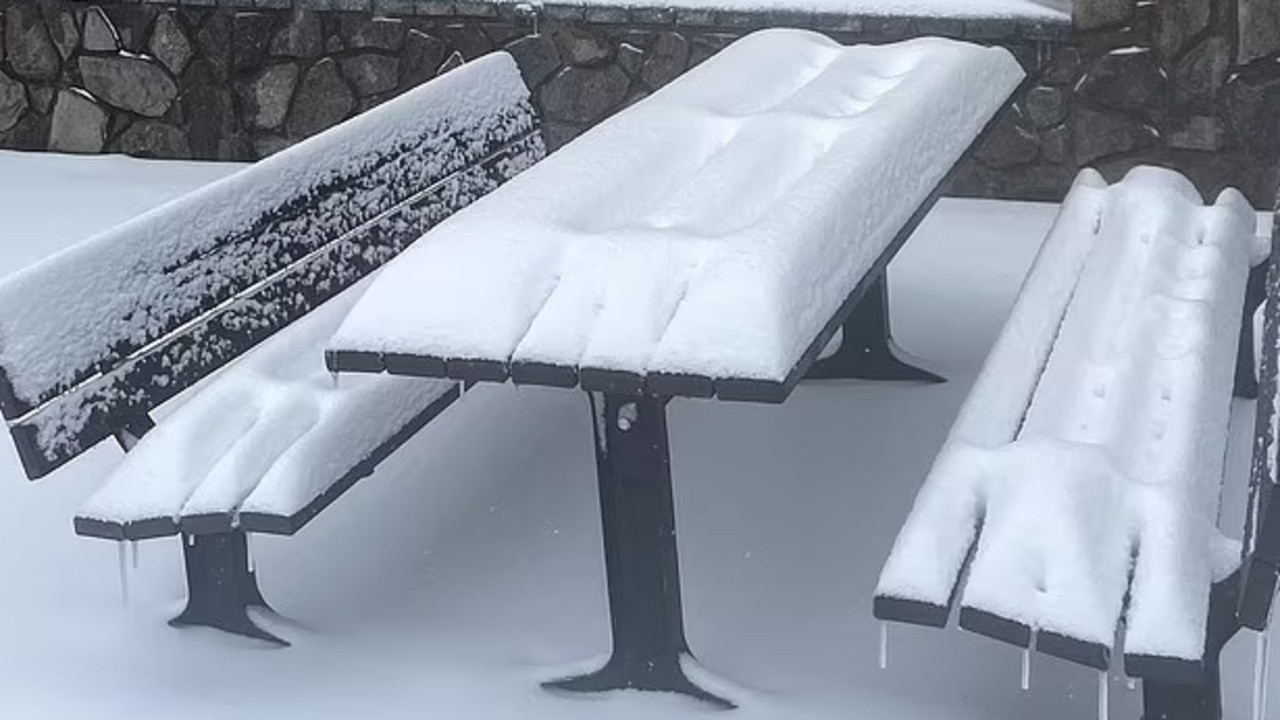 There are currently 47 emergency warnings in place around the state as emergency services monitor for further flooding.

Despite the snow settling on the mountains, Melbourne is expected to see moderate temperatures in the 20s throughout the week.

After being battered by wind, rain and snow on Tuesday, Tasmanians are seeing sun on Wednesday.

Hobart is expected to reach a chilly top of 18C amid cool and sunny conditions. 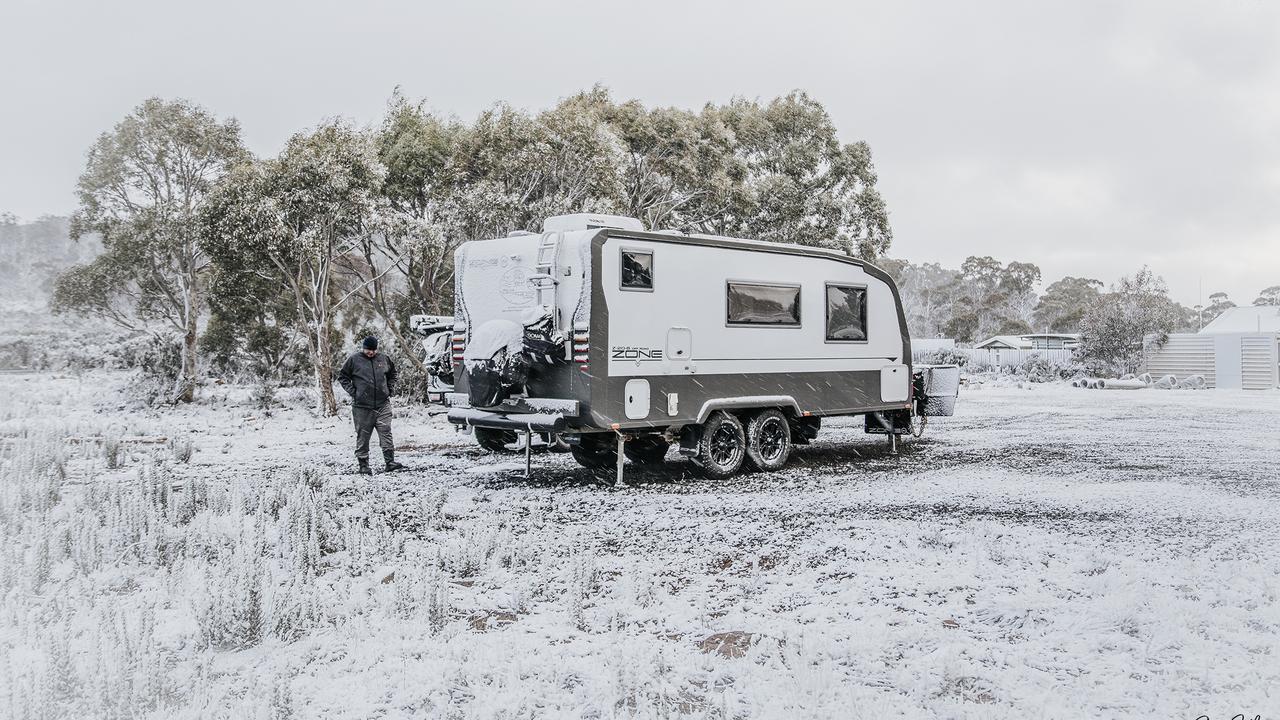 Temperatures are forecast to rise throughout the week.

Four emergency warnings are in place for weather conditions in Tasmania.

Rain is continuing in South Australia as residents struggle to clean up after chaotic winds destroyed power lines and crushed homes and cars.

The SES has reported a number of trees downed throughout the state, but there are only two current flood warnings in place as conditions start to dry out.

Adelaide is expected to reach a high of 20C on Wednesday, which is forecast to rise to a sunny top of 31C on Friday.

While snow is falling in the southern states, Queensland and the Northern Territory are being warned to brace for the possibility of cyclones and a monsoon.

Mr Sharpe said the forecast was predicting a “big increase in rainfall” over the top end, which could see isolated showers of up to 50mm on Wednesday. 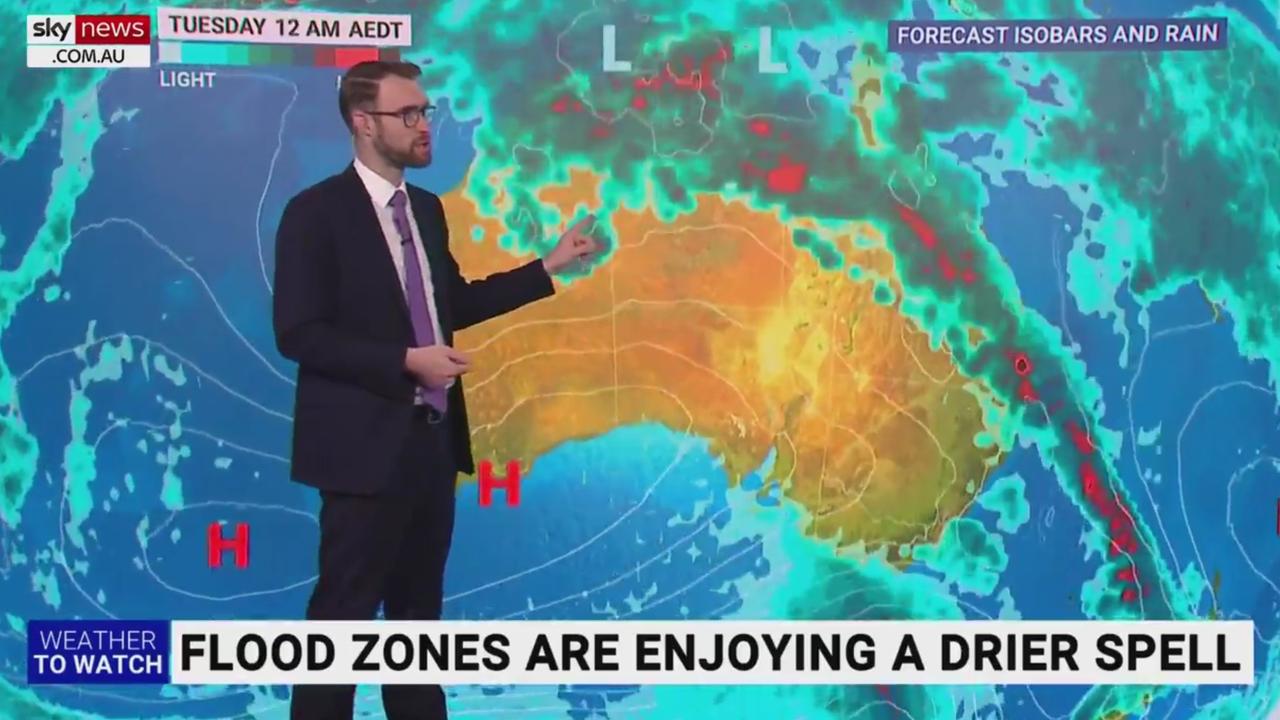 Some parts of northern Queensland could receive up to 300mm of rainfall in just 10 days, according to the meteorologist.

“There may even be a tropical cyclone in the mix and the first monsoon over far northern parts of Australia, so it could be quite a significant event,” Mr Sharpe said.

Ms Osborne agreed, noting the forecasts point to the possibility of the most cyclone-active season in 17 years.

Residents in the Northern Territory and Queensland are forecast to suffer through temperatures in the mid-30s to early 40s for much of the week.

A severe heatwave warning extends from Peninsula, North Tropical Coast and Tablelands and Central Coast to the Whitsundays Districts. 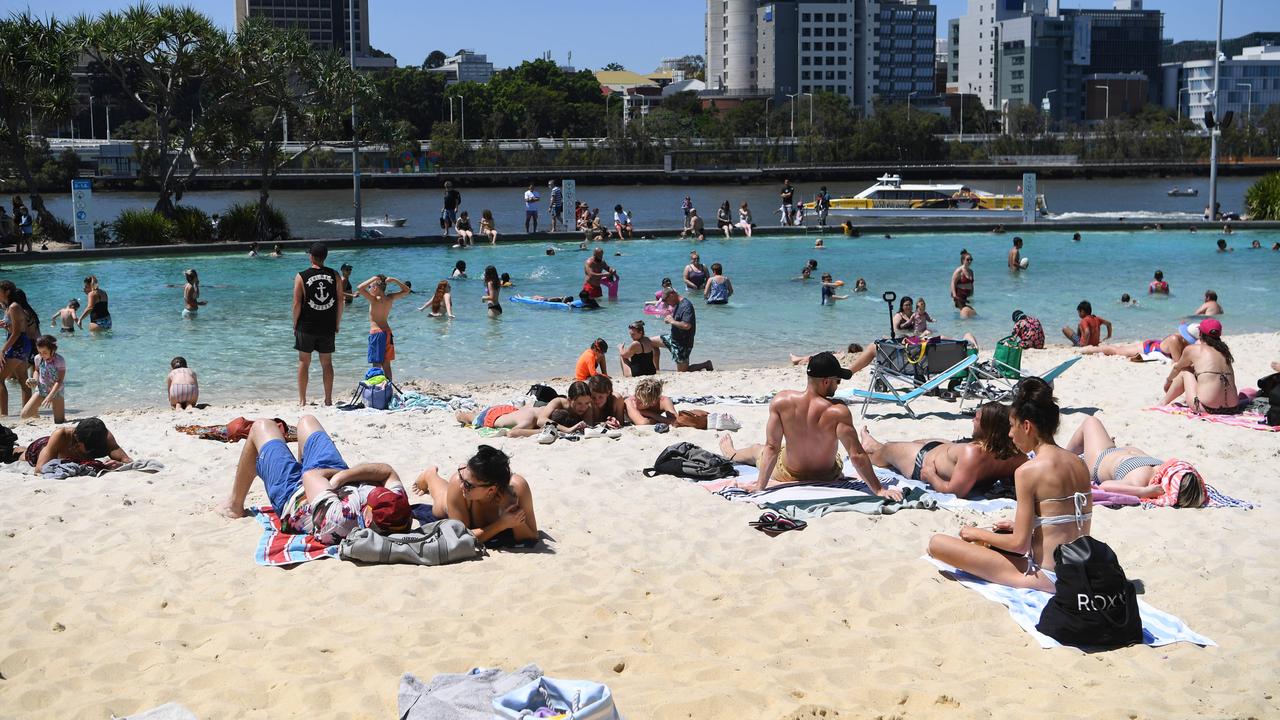 Brisbane is expected to hit a top of 30C on Wednesday, while Darwin is forecast to swelter through 33C heatwaves.

There are five emergency warnings in place across Queensland, four of which pertain to flooding.

As rain continues to plague the east, the west is bracing for extreme fire danger.

The Inland Central West, Midwest Coast and Mortlock areas are all being urged to prepare for hot and dry conditions perfect for fire danger.

There are six bushfire alerts in place across the state.

Perth is predicted to reach a cloudy top of 26C on Wednesday. 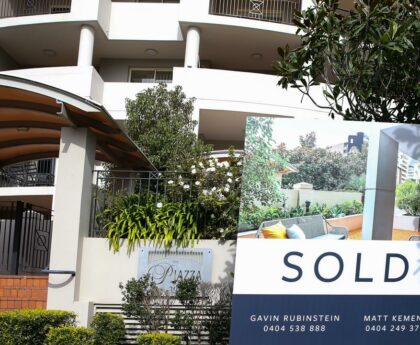