A man remains on the run after he stole a car with a sleeping toddler inside during a brazen daylight act in Melbourne’s southeast.

The two-year-old boy’s father had left his engine running before ducking into the shops at Chelsea’s beachside strip before an unknown man got into the car and drove off.

Investigators were been told a grey Volkswagen SUV was parked outside a grocery store on Nepean Highway just before 4pm on Sunday.

Victoria Police said the offender appears to have quickly discovered there was a child in the stolen car before leaving the boy on Bath Street and fleeing the scene. 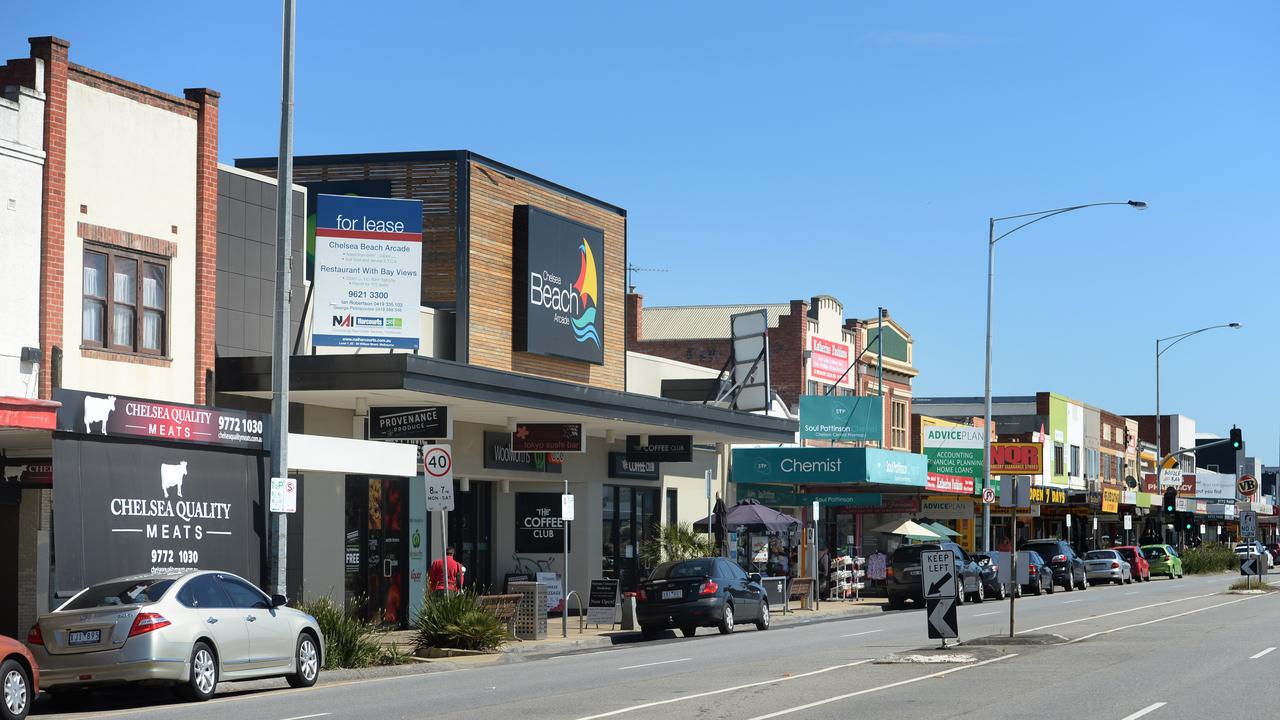 Chelsea strip, in Melbourne’s south, where the incident took place.

“The thief soon stopped the car, released the young child onto the street and drove away in the stolen car,” a statement read.

“Minutes later, a passer-by found the toddler wandering along a busy road. Miraculously the child was unharmed and police soon returned him to the arms of his parents.”

Police said the incident should serve as a timely reminder to parents to not leave children unattended, even for a short period.

“This situation serves as a timely reminder – never leave young children unattended in a car. A lot can happen in the space of a minute or two,” the spokesman said.

Police searched for the stolen car, which was last seen driving erratically south along the Nepean Highway, however, were unable to locate it.